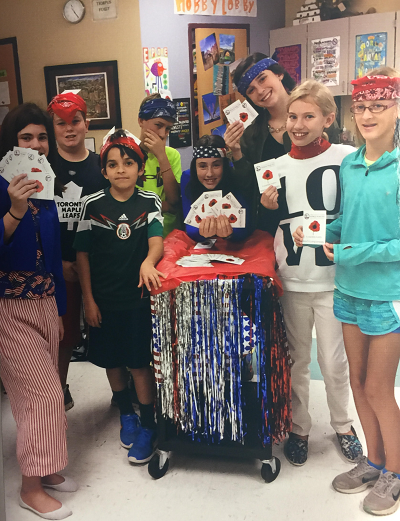 The students of McNair Middle School have been helping the U.S. World War I Centennial Commission through our new Poppy Program, selling poppy seed packets to raise money for our new National World War I Memorial in Washington DC.

The poppy sale was part of a special 'doughnut day', to mark the April 6th centennial of the U.S. joining the war. The students successfully raised an amazing $404.83.

The poppy flower is a remembrance symbol of all veterans, and stems from the poem, "In Flanders Field", which was written during World War I by a Canadian medical officer named Lt Colonel John McCrae.

McNair Middle School is very proud of former student, Joseph Weishaar, who was selected to be the designer for the new memorial.

This participation in the war had huge impact on the USCG afterward. Tell us about how things changed, and what was to come with their role in WWII and beyond.