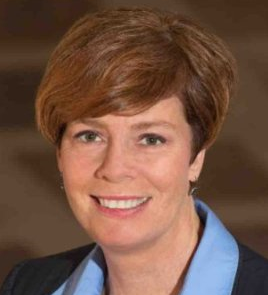 Zoe Dunning“It is my deep privilege to name a distinguished veteran and an outstanding champion for all servicemembers and their families, Commander Zoe Dunning to the World War I Centennial Commission, filling the seat recently held by Colonel Robert Dalessandro,” said House Minority Leader Nancy Pelosi.“It is with profound gratitude that we thank Colonel Dalessandro for his dedicated service while welcoming Commander Dunning to the Commission.”

The World War I Centennial Commission is dedicated to planning, developing and executing initiatives commemorating the centennial anniversary of the U.S. entry into The Great War. Through educational experiences and programming for all ages, the Commission hopes to raise awareness and give meaning to the momentous events of 100 years ago.

Commander Dunning, USN (Ret.) holds degrees from both the U.S. Naval Academy and Stanford University. She has served as Co-Chair of the Board of Directors for the Servicemembers Legal Defense Fund, playing a pivotal role in the fight to repeal ‘Don’t Ask, Don’t Tell’.