Centennial Commission welcomes the National Football League as Newest Donor for the National World War I Memorial in Washington, D.C.

The U.S. World War I Centennial Commission announced today that the National Football League (NFL) has contributed $1 million to the construction of the first-ever National World War I Memorial in Washington D.C.

The U.S. World War 1 Centennial Commission which was enacted by Congress in 2013, has spent the last five years working towards the goal of building an eternal tribute to our veterans who served overseas over 100 years ago. The Memorial goal of $40 million has been funded primarily by private fundraising efforts, and is anticipated to be completed by Veteran’s Day 2021.

The NFL is now one of the lead donors to the Memorial, joining the Commission’s founding sponsor the Pritzker Military Museum and Library, as well as the Starr Foundation, General Motors, FedEx, Walmart, the Diana Davis Spencer Foundation, the Lounsbery Foundation, and several other corporations and foundations.

“This donation is a major boost to the memorial's fundraising efforts,” said Dan Dayton, Executive Director, U.S. World War 1 Centennial Commission. "Words cannot express how touched we are by this pledge and the support the NFL has shown to the Commission. Veterans of all wars deserve the best we have to give. This commitment will ensure that we can provide a site that will tell the world of the sacrifices these men and women made for our liberty a century ago." 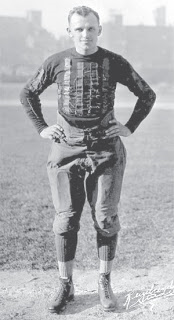 On Veterans Day, the Kansas City Chiefs wore special poppy uniform patches as part of their Salute to Service game day. In addition, the Green Bay Packers, Washington Redskins, New York Giants, Carolina Panthers, Jacksonville Jaguars, and the Philadelphia Eagles, all helped to tell the World War I story via their jumbotrons, gameday programs, and social media venues. These efforts were in direct partnership with the U.S. World War I Centennial Commission.

“The NFL is proud to help support the building of the first-of-its-kind National World War I Memorial in Washington D.C.,” said Anna Isaacson, Senior Vice President of Social Responsibility, NFL. ““The League's connection to the military is longstanding and deep. It is critical that we play our part to commemorate and recognize those heroes who served during World War I.”

The U.S. World War I Centennial Commission was created by Congress in 2013 to provide public outreach, education programs, and commemorative events that recognize America's 4.7 million World War I veterans. In 2014, Congress also authorized the Commission to create the overdue National World War I Memorial to honor America’s forgotten veterans, in the Nation's Capital.