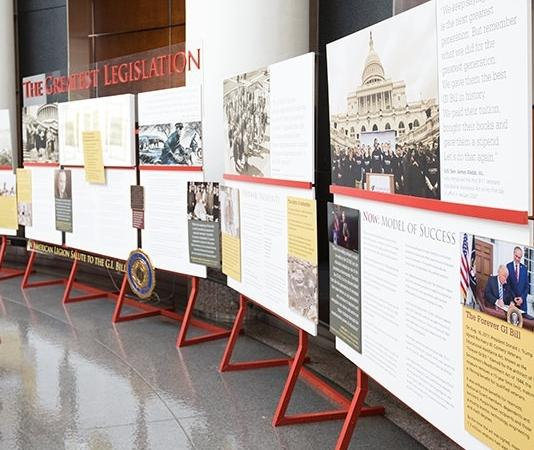 Los Angeles County's Bob Hope Patriotic Hall has welcomed to its elegant chambers a  multi-media exhibit honoring what has been called, "the organization’s most impactful legislative accomplishment," and with it, an educational opportunity for Southern Californians. 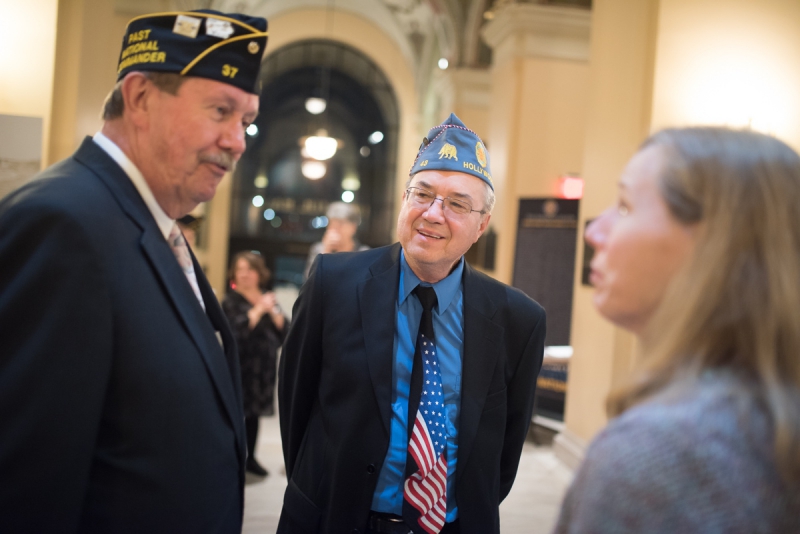 Following the reception, in her keynote address, author and distinguished scholar of World War I history, Dr. Jennifer Keene of Chapman University,  pointed to the GI Bill as one of the most significant accomplishments achieved by veterans of the First World War, who drafted the original bill. She explained how the veterans fought through critics, Congress ,and even bad weather to make the measure a reality. Dr. Keene is president of the Society of Military History, and is a master scholar chosen by the United States World War One Centennial Commission to provide professional training for educators about the First World War's place in history. 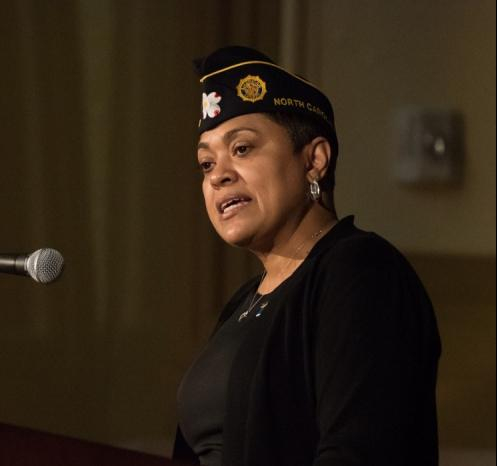 American Legion Executive Director Verna Jones speaks at the ceremonies of the opening of "The Greatest Legislation: An American Legion Centennial Salute to the GI Bill” exhibit at Bob Hope Patriotic Hall.lso speaking at the event was Verna Jones, executive director of The American Legion, who pointed out that the American Legion, with over two million members, serves communities through approximately 13,000 local posts worldwide. It was formed in March of 1919 by members of the American Expeditionary Force from WW1 stationed in France after the armistice of November 11, 1918.

A panel discussion followed the speakers with audience participation giving everyone at the event an opportunity to ask questions and praise the functions of the GI Bill. Veterans and families whose lives have been influenced by the GI Bill, originally passed as the Servicemen's Readjustment Act of 1944, were invited to share their stories about the GI Bill, which was lauded as the most significant social legislation of the 20th century.

Attendees of the Jan. 17 event were impressed with the exhibit and the continued efforts of the American Legion to assist all veterans of the United States military branches. 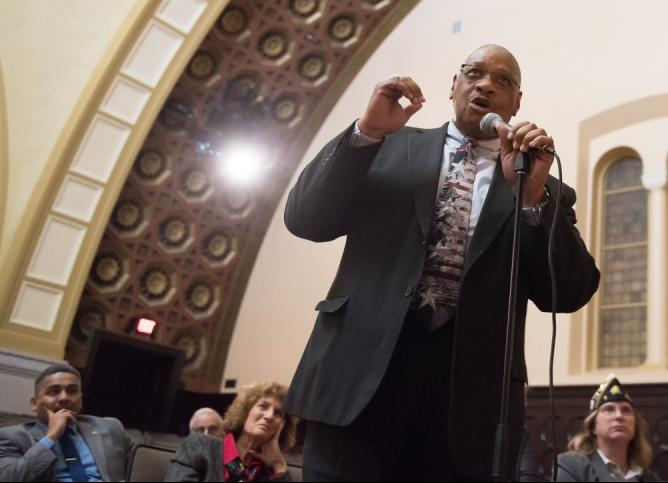 "The Greatest Legislation: An American Legion Centennial Salute to the GI Bill" is a traveling exhibit that features illustrated panels , and more than 20 videos in touch-screen kiosks. The exhibit remains at Bob Hope Patriotic Hall through March 2018. 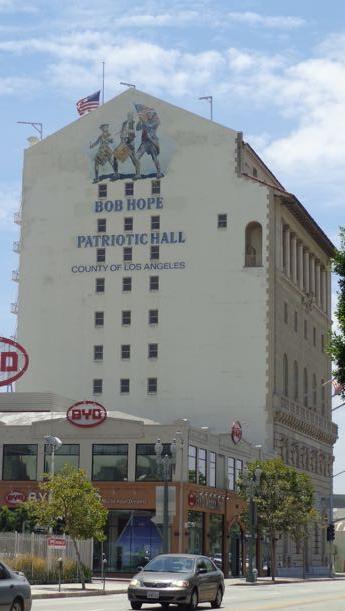 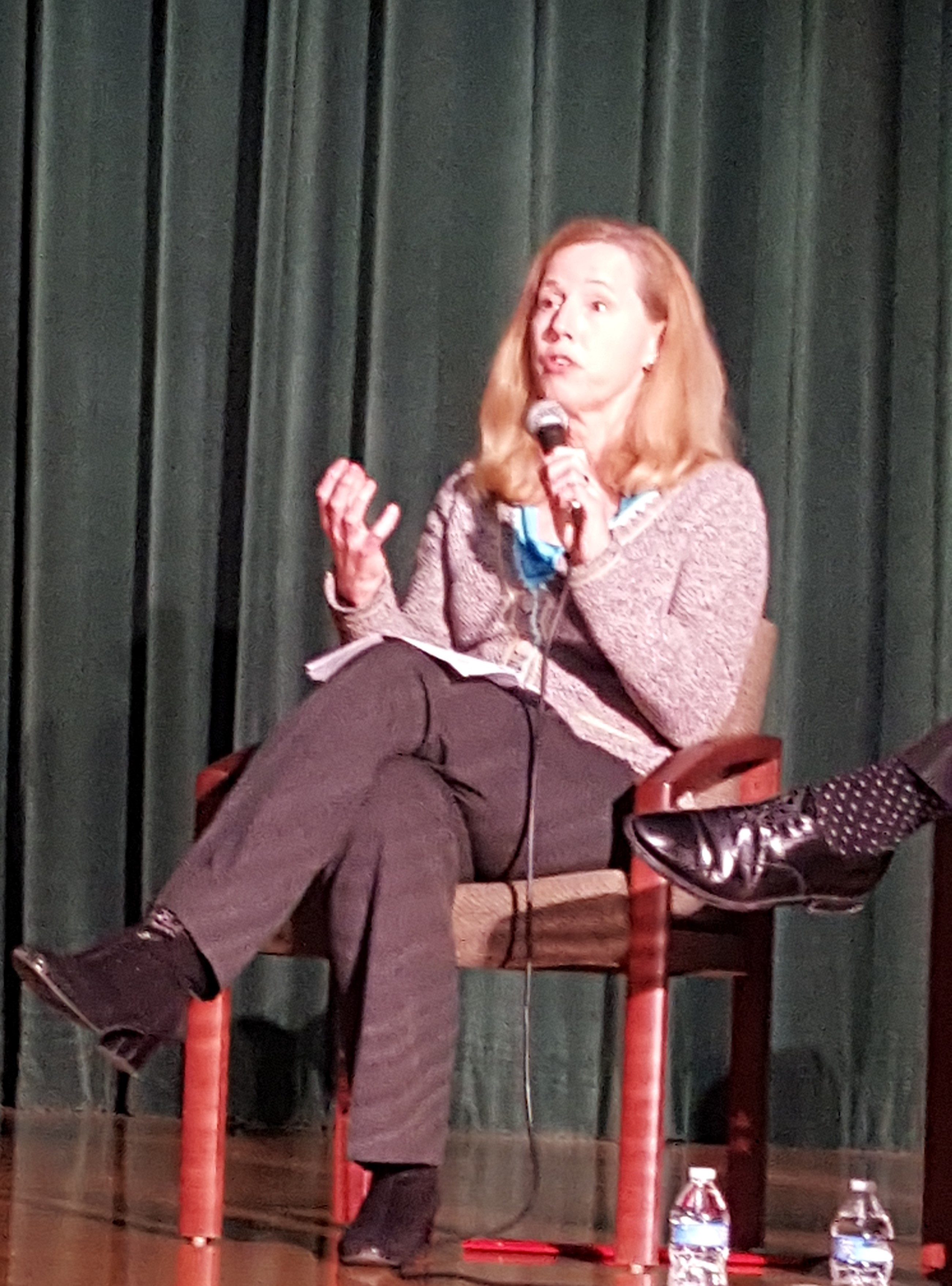 Dr. Jennifer Keene sits on the panel during the GI Bill exhibit in Los Angeles explaining the importance of the work of the veterans of WW1 to today's veterans. 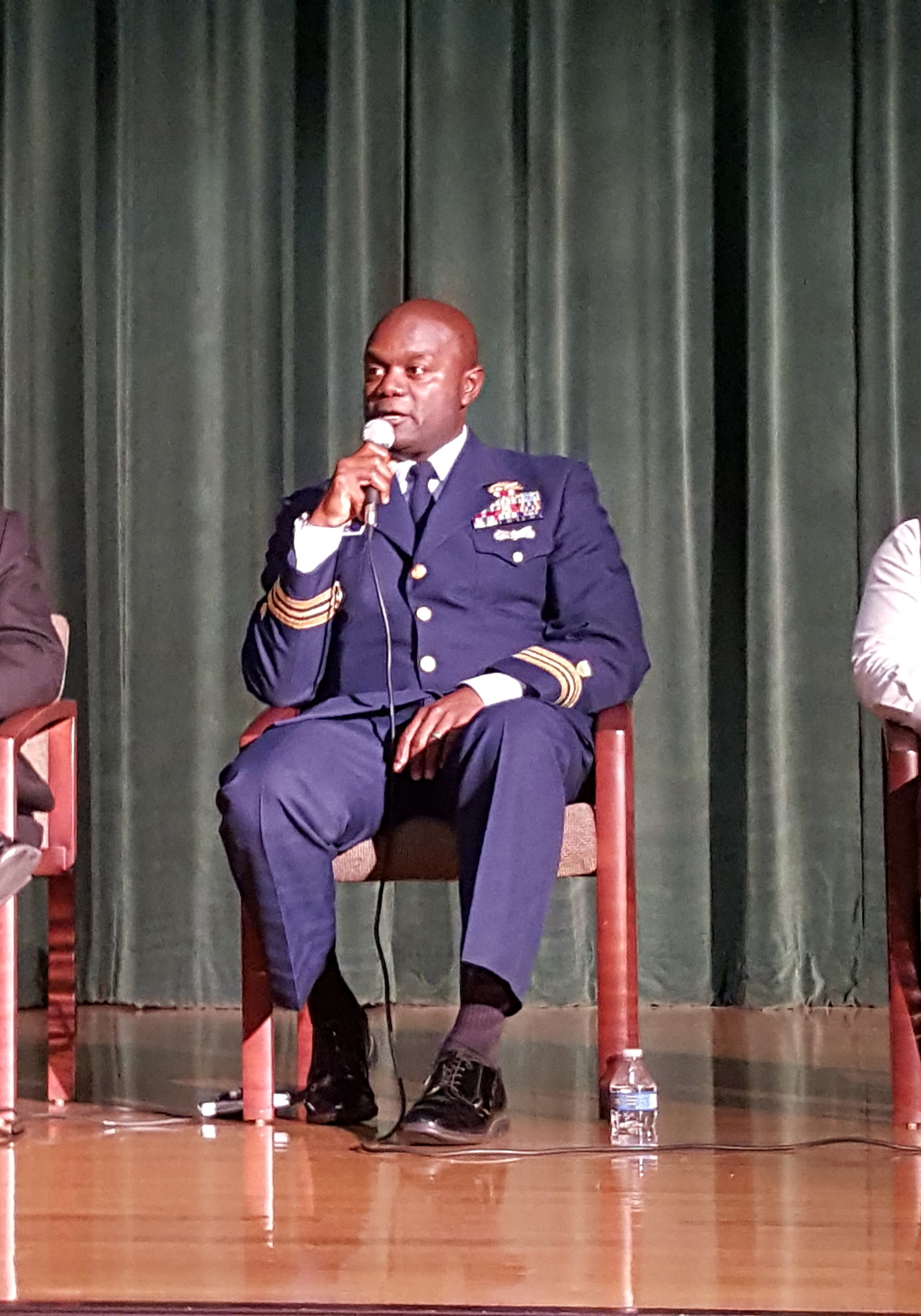 US Coast Guard Lieutenant Commander Raymond Jackson explains his own relationship to the GI Bill and fields questions from the audience.