How Much Did California Contribute to Aviation & Naval Assets During WW1?

The United States did not build any American designed combat aircraft to see action during the First World War. This was because of the decision by the U.S. Government to only build one European aircraft and the one chosen was the British De Havilland DH-4. 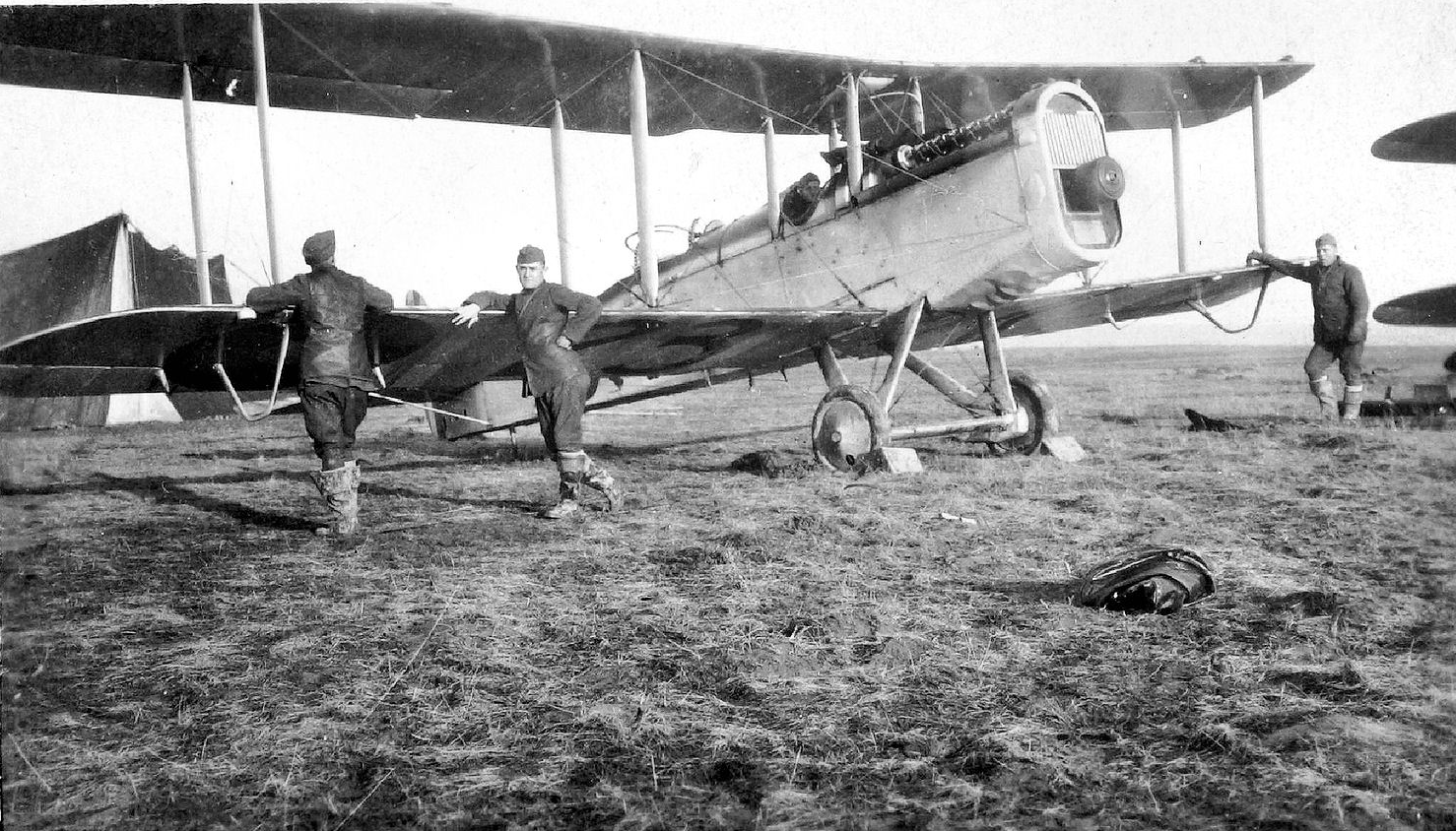 An American-built DH-4 assigned to the 50th Aero Squadron, 1918 The position of the pilot’s cockpit identifies this airplane as the original DH-4 variant. (San Diego Air and Space Museum Archives)While very limited, this did give a boost to the early aircraft industry in the United States as at its peak, the industry employed some 200,000 workers.1 Within this upswing in aircraft manufacturing was the State of California. In Southern California alone 10,000 pilots were trained, and 17,000 aircraft built.2 One of the companies involved in this was Loening Aeronautical Engineering founded by Grover Loening.

Loening had worked for Orville Wright at the Wright Company but became frustrated with the leadership and left. At this point he became the chief aeronautical engineer for the U.S. Army Signal Corps in San Diego, California. After this, Loening founded Loening Aeronautical at the outbreak of WWI with a focus on naval aircraft. The first plane created at Loening, named the Kitten, was intended to be a navy scout plane, but instead, it became one of the first fighters of the United States after the war, called the M-8. 3,4

Another company that was involved was the Glenn L. Martin Company. Founded on August 16, 1912, the company was based in Los Angeles. The company won a contract over rivals Wright and Curtiss to build the company’s design for its Model TT tractor-engine trainer, which was to be supplied to the U.S. Army Signal Corps. 17 of this aircraft were delivered.5,6 Also involved was the Loughead Aircraft Manufacturing Company later renamed the Lockheed Aircraft Company after the war.

The first aircraft manufactured by them was the Loughead F-1 "Flying-boat One".

When the United States entered the war, the design was pitched to the U.S. Navy who stated that they would only purchase previously approved designs. However, the navy said that they would test the plane. On March 28, 1918, the plane was flown from Santa Barbara to San Diego in 181 minutes. This success resulted in the creation of the F-1A landplane which the company hoped to sell to the Army as a bomber or transport plane. The war ended before anything official took place and the market for the planes was destroyed. 7,8,9

While California certainly had its part to play in the aviation industry of the United States during World War I, the area of the country that was most responsible for aircraft production was the East Coast, predominantly New York and Ohio, specifically Dayton. 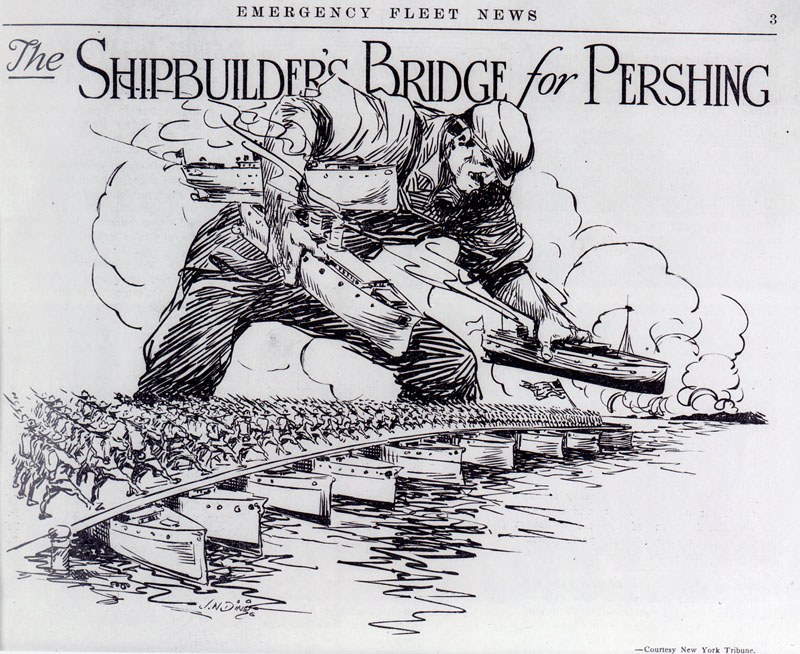 Though California may not have played the biggest roll in aircraft manufacturing, it more than made up for this when it came to ship building. Some of the most important shipyards of the United States were located in places such as San Francisco, San Pedro, and Long Beach. One important area was Potrero Point located in San Francisco. In August of 1917, the shipyards were commandeered by the U.S. Navy and used extensively to help with the war effort. During the war, the Potrero yards were able to turn out three destroyers a month. By the war’s end these yards had managed to roll out an impressive sixty-six destroyers and eighteen submarines, specifically twenty-six 1060-ton destroyers, forty 1190-ton destroyers, twelve “S”-type submarines, and six “R”-type submarines.10,11

Another important location was the shipyards on Terminal Island in Southern California. With the launch o 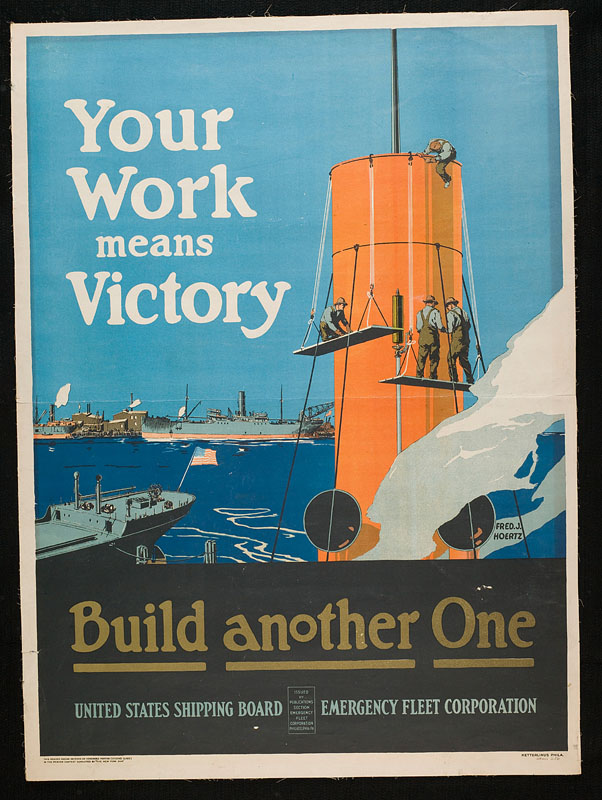 f its first ship the shipyard broke four world records for delivery and construction, completing the West Carnifax just six months after the yards had been opened by the Western Pipe and Steel Company in March of 1918. 12

Not too far away, in between San Pedro and Long Beach, the Los Angeles Shipbuilding and Dry Dock Company was also hard at work for the United States Navy. The dockyards were built with the intention that they would be a shipbuilding and repair area in Los Angeles Harbor. The yards there built four freighters in July of 1918 for the Emergency Fleet Corporation (EFC,) and built four more before the war came to an end. 13

These impressive California achievements don’t end there however, as more were made by the Mare Island Naval Shipyard, also an important contributor to the war effort. The yards there hold a still unbroken record for ship building speed, finishing the destroyer USS Ward in seventeen-and-a-half days. 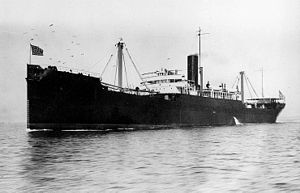 The Design 1013 ship (full name Emergency Fleet Corporation Design 1013), also known as the Robert Dollar type, was a steel-hulled cargo ship produced in the US in World War I.

These same dockyards were selected by the Navy to construct the only dreadnought battleship to be built on the West Coast. Unfortunately, the ship, the USS California, never made it to the war for which it was being built. 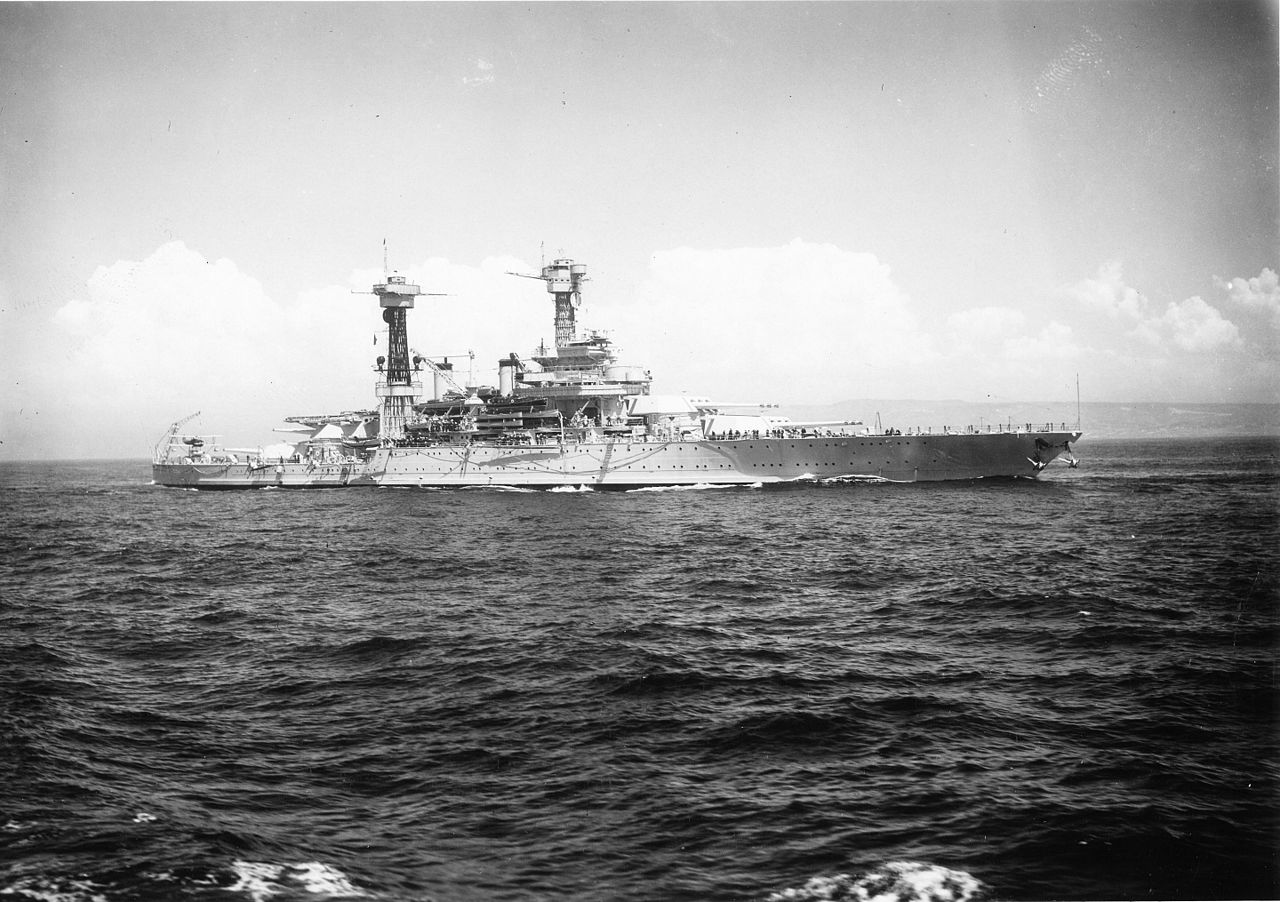 The USS California built during WW1Still under construction when the war ended on November 11, 1918, she was launched in 1919. While at her moorings in Battleship Row, she was sunk in the Japanese attack on Pearl Harbor, but was recovered and renovated to serve once more through to the end of World War II.