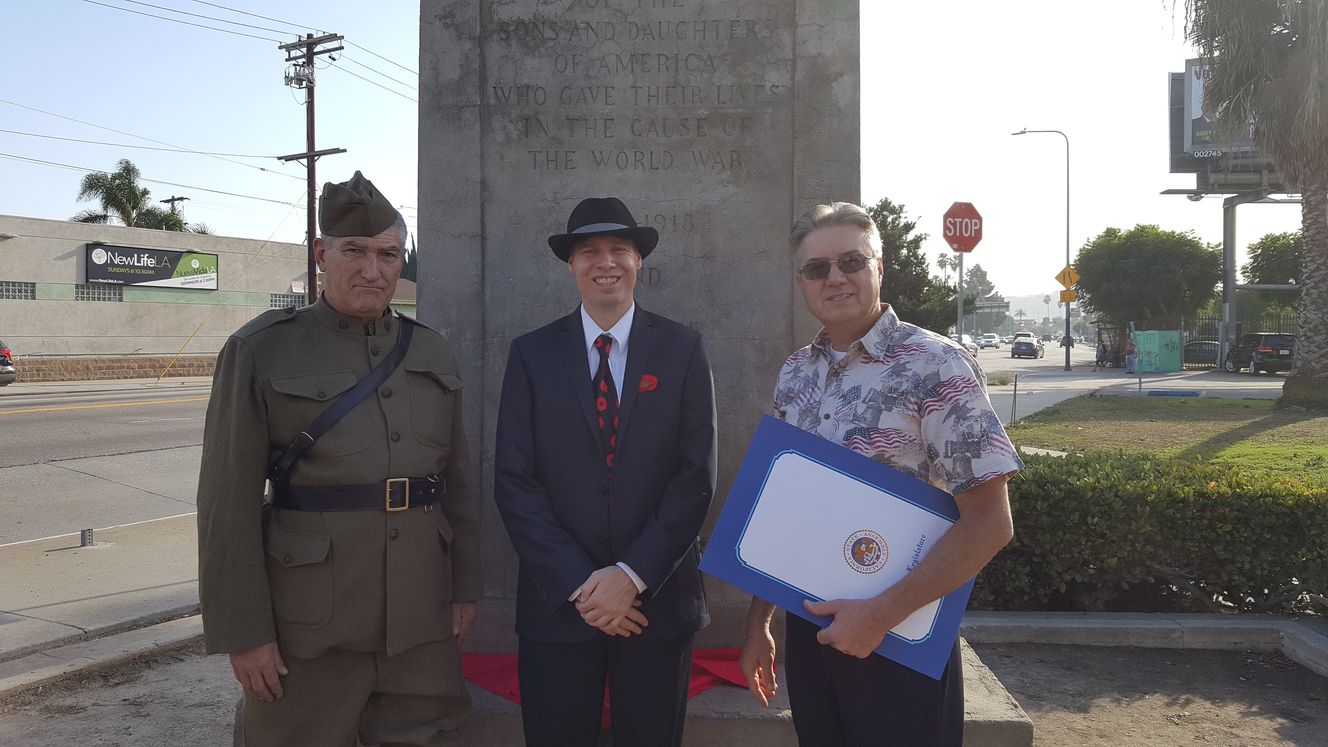 Re-enactor Phil Dye, and California WW1 Task Force Co-Directors Courtland Jindra and Bill Betten stand before the rededicated Memorial Isle monument at the intersection of La Brea and Adams in Los Angeles.After the American Legion Jackie Robinson Post 252 responded to local community concerns about the condition of the WW1 monument on the traffic island at the corner of La brea and Adams, a  rededication ceremony was held at the monument at the intersection.

As California continues to commemorate the centennial of the Great War, the California WW1 Centennial Task Force sheds light on one of Los Angeles's many overlooked tributes to the conflict.

On Thursday, January 18th at 2:00 in the afternoon, The California World War Centennial Task Force, the Office of the Council President Herb Wesson, the Department of Cultural Affairs, and Jackie Robinson Post 252 of the American Legion all meton the triangular shaped island at the intersection of the historic Los Angeles avenues to rededicate "Memorial Isle."

In December of 1931 the Los Angeles City Council gave permission to the Greayer Clover American Legion Post to use the traffic island at the intersection of La Brea and Adams for purposes of remembering the fallen of WW1. Thus "Memorial Isle" began its history. In April 1935, the design was approved by the Municipal Art Commission (now the Cultural Affairs Commission) and the monument became a part of the City Art Collection. A year later the Post erected a monument to "the sons and daughters of America who lost their lives in the World War 1917-1918." Sometime after the Second World War words were added allowing it to further memorialized those who died in World War Two from 1941 to 1945.

A small bronze plaque at the bottom credits the American Legion's "Greayer Clover Post No. 254" with erecting the memorial. Greayer Clover, the namesake of Santa Monica's Clover Field, (Santa Monica Airport) and Cloverfield Blvd, lived in Los Angeles and was killed in an air accident in France during World War I. Clover Field was originally a U.S. Army air field. 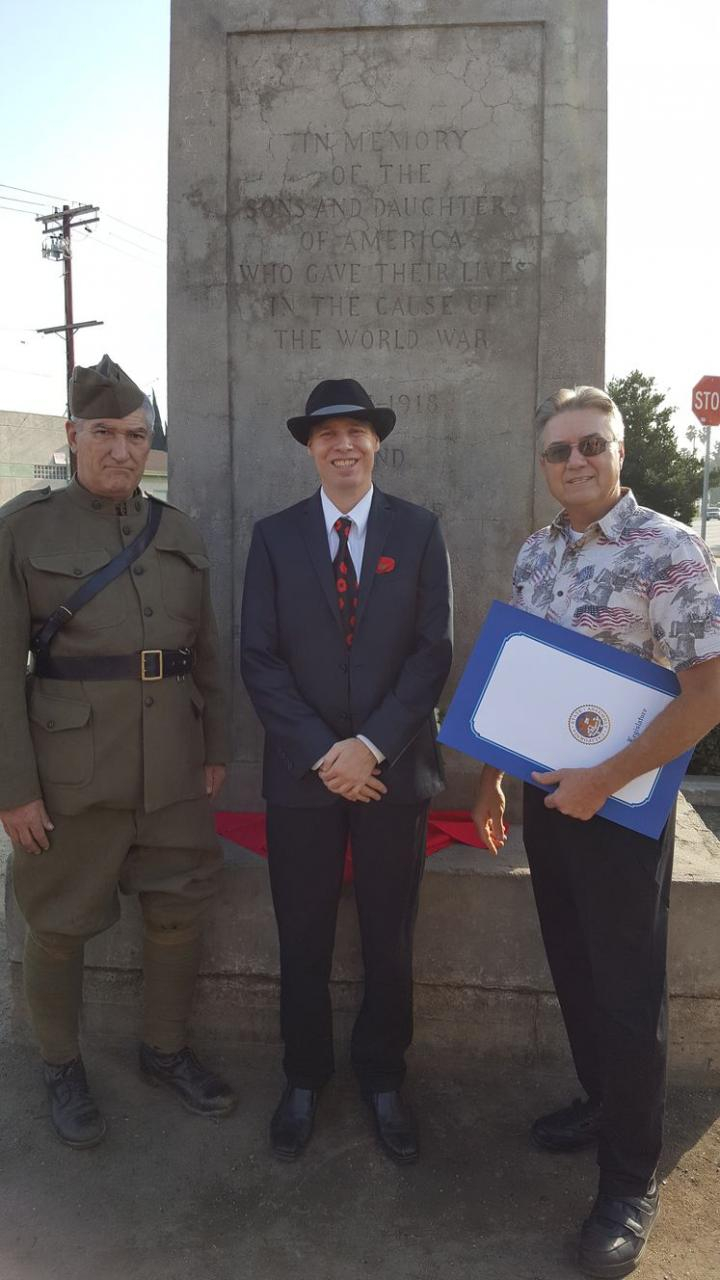