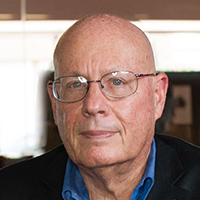 Roger K. Lewis, a fellow of the American Institute of Architects, is a practicing architect and urban planner; a professor emeritus of architecture at the University of Maryland College Park; and an author and journalist. Prof. Lewis has served as Professional Advisor organizing and guiding a number of significant and successful national and international design competitions that culminated in built projects.  These include: the University of Maryland College Park performing arts center; the Catholic University of America law school; the Silver Spring, Maryland, civic building and plaza; the State of Maryland World War II Memorial; the University of Baltimore law school; and the DC Architecture Center. Currently president and chair of the Peace Corps Commemorative Foundation, he is leading the effort to create a modestly scaled commemorative work in the nation's capital honoring the historically significant, 1961 founding of the Peace Corps.  In November 2013, the Washington Architectural Foundation presented Prof. Lewis its eighth annual John "Wieb" Wiebenson Award for Architecture in the Public Interest, recognizing Prof. Lewis as "A Champion of Design for the Greater Good."