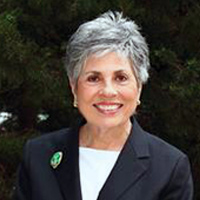 Dr. Mary Davidson Cohen was appointed to the World War I Centennial Commission by the National World War I Museum in Kansas City, Missouri. She previously served as Chair of the Museum Board.  After beginning her career as a teacher in Kansas City, Dr. Cohen received a doctorate in education administration from the University of Kansas in 1977, and served as vice president for adult and continuing education and dean of the graduate school at Saint Mary College in Leavenworth, Kansas; as assistant director of the William T. Kemper Foundation; and assistant vice chancellor for academic affairs at the University of Kansas Regents Center. In March 2002, she was appointed as the U.S. Secretary of Education's regional representative for the states of Iowa, Kansas, Missouri, and Nebraska.