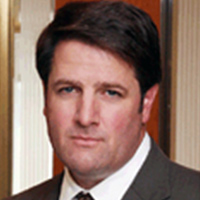 Mr. Edwin Fountain was appointed to the Commission by then-Senate Majority Leader Harry Reid, and serves as the Commission’s Vice Chair.  He was a partner in the Washington, D.C. office of the international law firm Jones Day until March 2015, when he left to become general counsel of the American Battle Monuments Commission.  He is the grandson of two World War I veterans. In 2008 Mr. Fountain co-founded the World War I Memorial Foundation, and he was a member and president of the DC Preservation League board of trustees from 2000 to 2007.  In addition to his law degree from the University of Virginia he holds a master’s degree in international relations from the London School of Economics.