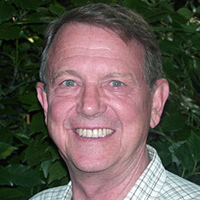 Mr. Forgey is the author of Washington: Scenes from a Capital City and is a highly regarded lecturer, interviewer, and panelist as well as juror for national and international architecture, urban design, and awards competitions. He is a member of the Design Review Committee of the DC Preservation League; a board member of the Latrobe Chapter of the Society of Architectural Historians; and a member of the Governing Committee for the Franz and Virginia Bader Fund.