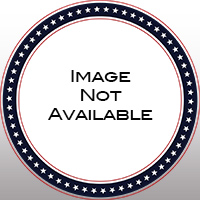 Brigadier General John F. Shortal is the chief historian for the Joint Chiefs of Staff. General Shortal graduated from the United States Military Academy at West Point in 1974 with a degree in engineering, and also holds an M.A. and Ph.D. in history from Temple University. He also completed the Infantry Officer Basic and Advanced Courses, and attended the Command and General Staff College and the National War College. General Shortal has served as an instructor and later assistant professor in the Department of History at West Point.

General Shortal retired from active service on 30 September 2006. Prior to retirement, he held a wide variety of command and staff positions culminating in his assignments as the Assistant Division Commander (Support) for the 2nd Infantry Division in the Republic of Korea and as the Deputy Commanding General of the US Army Recruiting Command at Fort Knox, Kentucky. After his retirement, he was selected as the Assistant Chief of Military History at the Army's Center for Military History. On 14 September 2009, General Shortal was sworn in as the Director for Joint History for the Joint Chiefs.