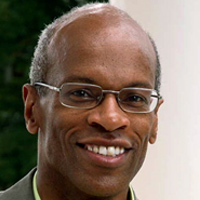 Maurice Cox, a nationally respected community designer and leader of the public interest design movement, was recently appointed Planning and Development Director for the City of Detroit. Previously, he served in a dual position as director of the Tulane City Center, a city-based design resource center for New Orleans, and an associate dean for community engagement at the Tulane University School of Architecture, where he facilitated a wide range of partnerships between Tulane University, the New Orleans Redevelopment Authority and the city of New Orleans.

Mr. Cox served as design director of the National Endowment for the Arts in Washington, DC from 2007-2010. In that capacity, he led the Mayor’s Institute on City Design, the Governor’s Institute on Community Design, and oversaw the award of more than $2 million a year in NEA design grants across the United States.

He is also a former council member and mayor for Charlottesville, Virginia. Under his leadership, Charlottesville completed several design initiatives, including an award-winning zoning ordinance in support of mixed-use, pedestrian-oriented development; new infill residential neighborhoods and mixed-income, higher-density housing; and the design of a two-mile parkway entrance into the city.

Mr. Cox has received national acclaim for his ability to incorporate active citizen participation into the design process while achieving the highest quality of design excellence, leading Fast Company magazine to name him one of America’s “20 Masters of Design” for his practice of “democratic design.”