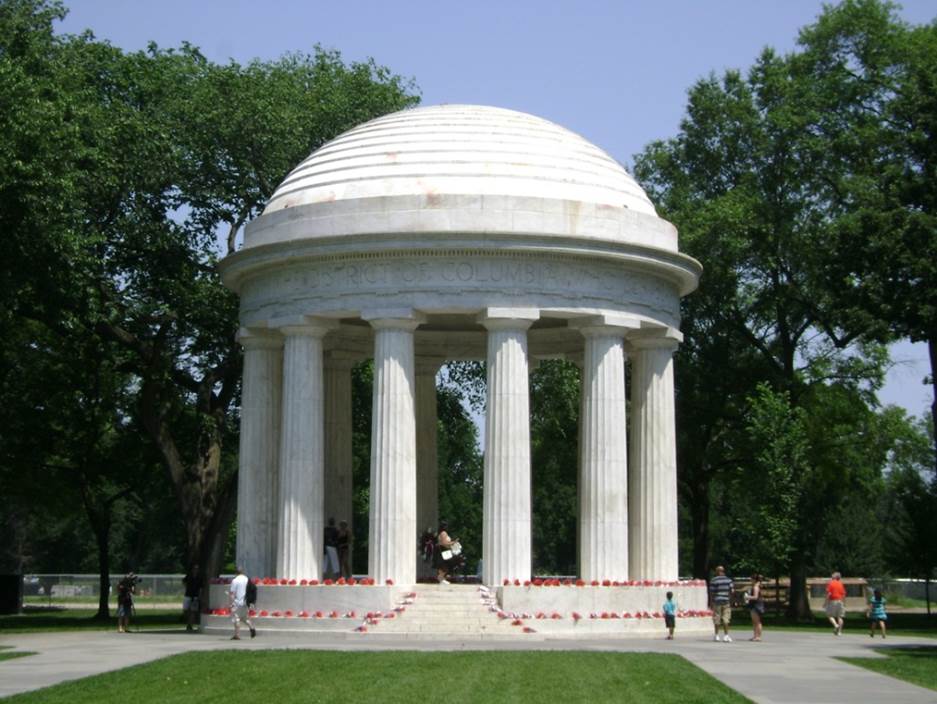 While there is a World War I memorial on the National Mall, it is not a national memorial. The District of Columbia War Memorial is a 47-foot tall circular, domed, Greek-style temple, and was intended for use as a bandstand. Inscribed on the base of the memorial are the names of the 499 District of Columbia citizens who lost their lives in the war, and a cornerstone contains a list of the 26,000 residents who served. The DC War Memorial stood alone when it was dedicated in 1931, but it now stands between the World War II and Korean War memorials and across the Lincoln Reflecting Pool from the Vietnam Veterans Memorial.

The White House grounds contain memorials to the First and Second Divisions of the U.S. Army. These memorials, like many local war memorials, began as World War I memorials but have been expanded in scope to encompass later wars.

The final significant World War I memorial in Washington is Pershing Park, the site of the proposed national World War I memorial. In 1966 Congress passed Public Law 89-786, titled "An Act to authorize the erection of a memorial in the District of Columbia to General John J. Pershing." The law provided for "a memorial to the late John J. Pershing, General of the Armies of the United States, and to the officers and men under his command," to be sited on the parcel of land now known as Pershing Park. (Pub. L. 89-786.) 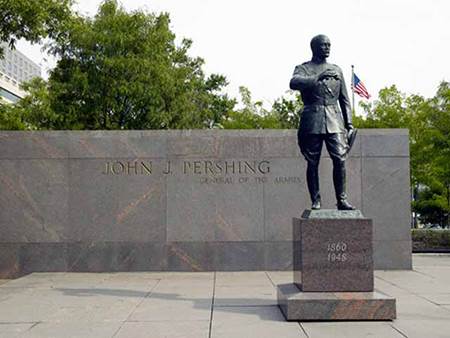 As its name suggests, Pershing Park, which was dedicated in 1979, just three years before the Vietnam Veterans Memorial, may be seen as the last of the "great man" war memorials. The central feature of the memorial site is a statue of General Pershing, flanked by two perpendicular stone walls, one of which bears a statement of Pershing commending his troops, while the other sets forth a short history of the participation of American forces in World War I, along with maps of the Western Front and the Meuse-Argonne Offensive.