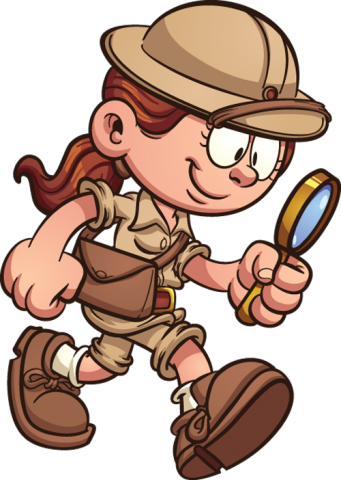 With FIVE memorials to her tally.... Hunter Lori knocked one out of the park - or more accurately out of the stadium!
Lori found memorials by looking around SCHOOLS! Check this out - All submitted by Hunter Lori:

1. Memorial Stadium at Kansas University
Built in 1920 as a memorial to KU students who died in service during WW1. Located on the University of Kansas campus. 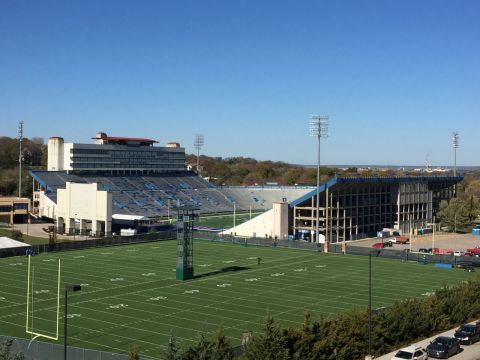 2. Haskell Stadium
Built by Native Americans to commemorate those of the Haskell community who served in WW1, many of whom were not citizens of the US. Stadium is falling into disrepair, unfortunately. Cultural museum across the street has quality exhibits about the heydays of the stadium, the military history of Haskell alum, and the rich history of Haskell Indian Nations University. Well worth a visit. 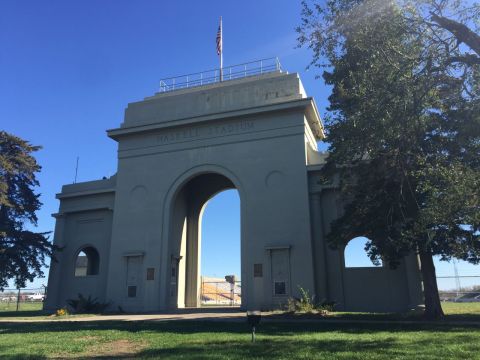 3. Liberty Memorial Central Middle School
Originally named Liberty Memorial High School, it was completed in 1923 as a monument to the Lawrence High School students and graduates whose died in service during World War I. Of the 300 Lawrence youth who served, 144 hadn't yet graduated from high school. This number includes the two high school girls who died while serving as nurses. 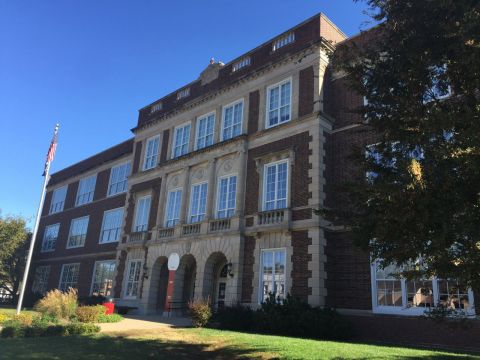 4. Kansas Memorial Union
Like the Memorial Stadium, the student union was built to memorialize University of Kansas. It is situated on Mount Oread, overlooking the stadium, and was completed in 1927. The 6th floor of the union has a small exhibit which includes photographs of the 129 KU men and women who died during their service in WW1. 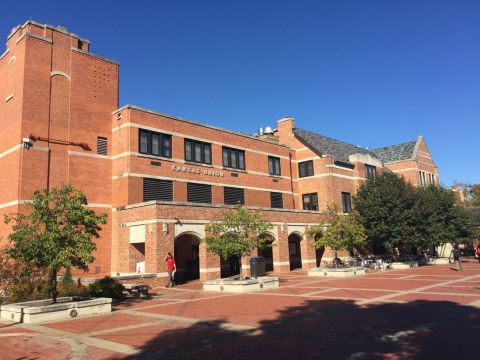 5. Victory Eagle at University of Kansas
Originally located at the Douglas-Leavenworth county line, the victory eagle is now located on the University of Kansas campus. This bronze sculpture, cast in 1920, was a part of the Victory Highway project, which intended to place these sculpture at each county line of U.S 40. A plaque at each sculpture would list those from the county who had served during WW1. The Great Depression disrupted these plans, and only six victory eagles were ever installed. After being vandalized and toppled in the early 80s, the sculpture was moved from the county line to the university campus. The original plaque has been lost to history, as has the name of the artist and foundry. 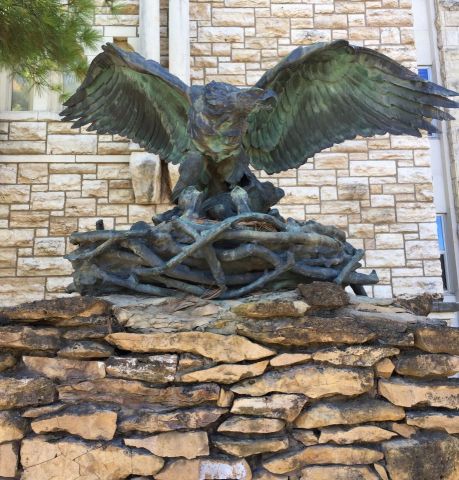 Check your local schools. Even if the building is newer, check the flag poles.
Was your school's stadium built before 1930? Apparently is was very popular to dedicate them to WWI veterans groups.
Are you at a state university?
Check with the library, or the administration to see if there are any plaques, statues or stones they know are WWI memorials.
Are your kids there? Ask them to check.

Take a lesson from Hunter Lori. Check your schools, universities and stadiums!