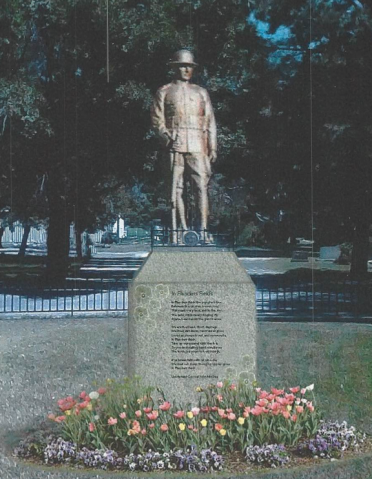 Terry Schow from the American Legion has put together an Ogden, Utah matching grant application that was officially submitted last week - We congratulate him and his associates and would like to share their project with the rest of the 100 Cities / 100 Memorials participant community.

Every one of these projects is amazing in it's own right.

This one distinguishing itself by the impressive coalition of organizations that have pulled together for the project.

The project originated with the Weber County Heritage Foundation, who began a multi-phase conservation program for the neglected memorial several years ago. The completion phase for the project is scheduled in time for the centennial of Armistice Day, November 11, 2018.

Terry and team then pulled together the Weber County Heritage Foundation, the Golden Spike Chapter of the National Society Daughters of the American Revolution (DAR) as well as the Phil Ficarra Weber County Chapter of the DAR, The Ogden Kiwanis Club, and of course Post 9 Utah American Legion.

This memorial is located in the Veterans Section of the Ogden City Cemetery and was sculpted by Gilbert P. Risvold, also known for his sculpture of WWI servicemen at the Oak Park and Forest Memorial in Chicago, which includes a doughboy statue similar to the one in Ogden.

Among the repairs for the Ogden Doughboy Memorial are to fix a bent rifle barrel damaged in an apparent attempt to steal the replica weapon, shot gun and other small arms damage to the Doughboy's back, and replacement of the gun bolt and the original helmet that was stolen and replaced with an ordinary painted construction hard-hat. Through their effort, this group will be repairing this tough, abused but still standing Ogden Doughboy with the TLC and honor this representative of the fine WW1 veterans deserves. We are proud to have the Ogden Doughboy project submitted to our 100 Cities / 100 Memorials project. Many thanks to the Utah team for doing this important project. 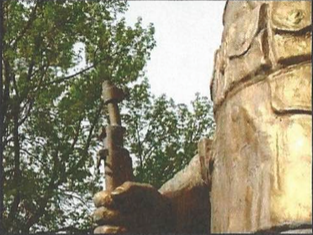 Bent barrel from an attempt to steal the replica Springfield riffle. 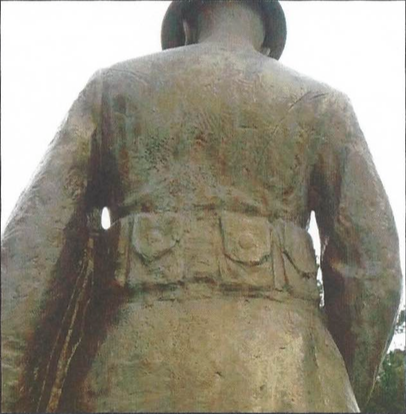 ​Stood up to some target practice over the past century! 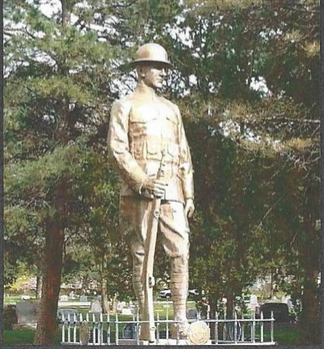 Gun bolt needs to be replaced as well as the helmet.

STRATEGY TIP: Submit early.
Because once you submit your project's grant application, we are able to promote it:

Please note that although this is a matching grant competition, based on our program rules, once you have submitted your grant application, we are able to help you promote it in a variety of ways including via the US World War One Centennial Commission website, posted project profiles, blog posts, social media posts, and our outreach communications vehicles. This can help you highlight your project in your communities and with local media, which in turn assists you with your fund raising and support expansion.

Even if your project application still needs work, we can promote it as soon as you submit it. Then, on request, we can set it up so that you can edit and update your submission documents and information up to the submission closing date of the competition on June 15, 2017.