Led by amateur historian Courtland Jindra, the Save the Victory Memorial Grove project brings together the Hollywood American Legion Post 43, The Southern California Daughters of the American Revolution and the Los Angeles Department of Recreations and Parks.

The team submitted their proposal to the 100C/100M program over the holidays, following the recommendation of submitting early, so that we can help create awareness of their project through the Commission. The project will continue to develop their proposal, but with their submittal, we can now share the project with you. Go SoCal!

Let me tell you a little about the the project based on the team's research submitted.

The location is generally hidden. The grove and the memorial are nestled in a parkland area just west of Chavez Ravine - home of Dodger Stadium - the location holds a commanding view south to downtown LA - peeking all the way to the ocean a bit further to the west. 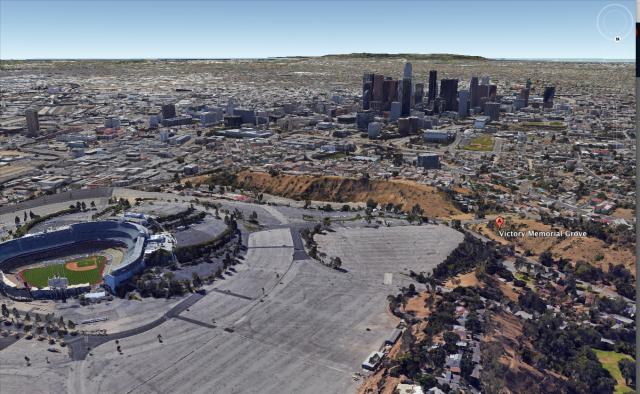 It is fascinating memorial because it started with a tree planting program to honor the fallen... and included the planting of a field of Flanders Poppies in 1920.

The LA Parks Commission dedicated the present five-acre Victory Memorial Grove on August 2, 1920 with much of the land donated by a former regent of the CA State Daughters of the American Revolution.

It is interesting to note that along with plaques and statuary. there were apparently quite a few tree planting memorial activities around the country after the WWI vets returned,

It makes sense that in a period of honoring the fallen that we would plant trees as symbols long remembrance and life. 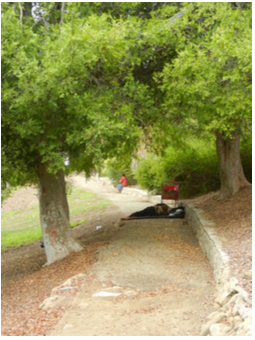 The grove still sports some wonderful trees. Of course nearly 1/2 decade of drought in Southern California has made things a bit dry.
Drag to move block. 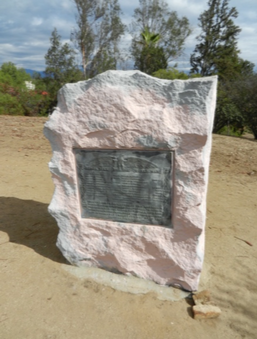 Within the grove, a five foot high monument bears a bronze tablet created by the artist W.A. Sharp. It honors twenty-one young men and women who gave their lives 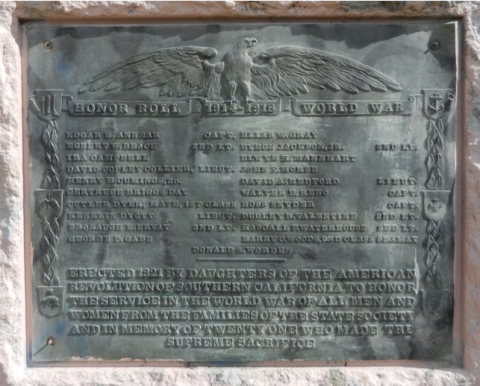 The tablet bears six embedded shields: four representing the services in which the twenty-one died, Army, Navy, aviation and the Red Cross, as well as the State Flag and the emblem of the Daughters of the American Revolution. Above all is the noble image of a great eagle, the national emblem of guardianship.

We will do an interview with members of the Grove team and bring you more about their project over the coming weeks.
Right now, we want to congratulate the team: Courtland,  Kimberly Jindra,  the Eschscholtzia Daughters of the American Revolution Chapter of Southern California, and Hollywood American Legion Post 43 for working so hard to bring this project into being.