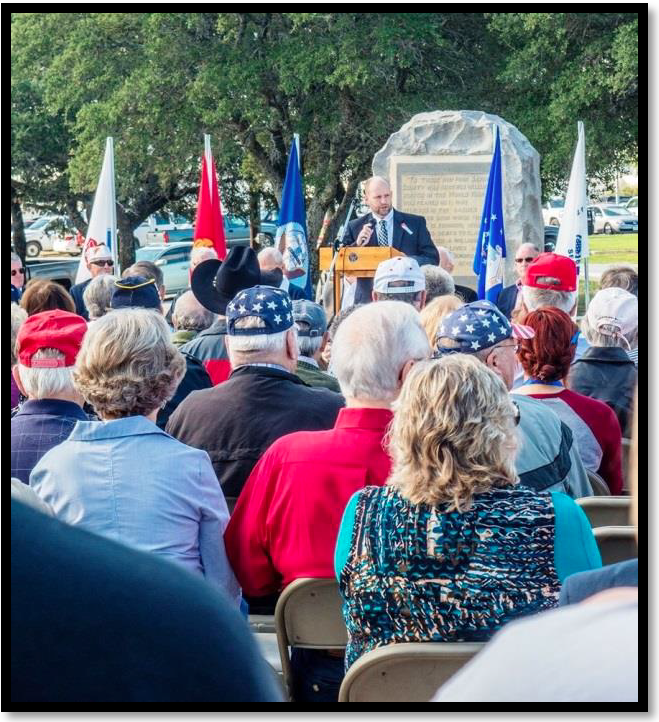 Brown County Texas has submitted their grant application to 100 Cities / 100 Memorials. Here is a profile on their project from their submission: 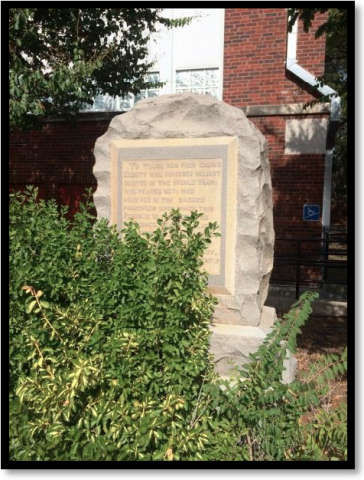 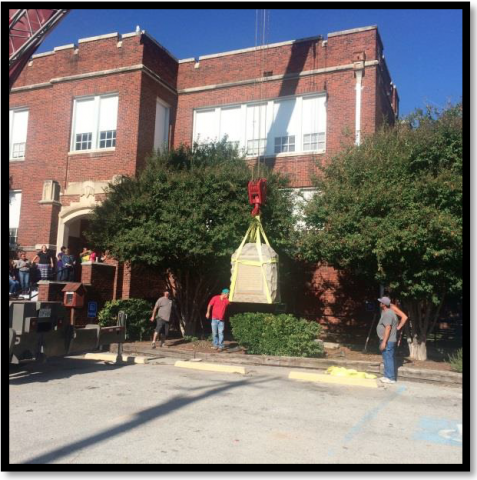 The World War I Memorial that honors those who served, fought, and died in World War I was weathered, aged, and forgotten. This was a sacred memorial to honor those who made the ultimate sacrifice in World War I, the Great War, the War to End All Wars. Most people have forgotten the shared sacrifice that united our country in World War I. In 19 months of war from April 6, 1917 to November 11, 1918, our country of 92 million people suffered 117,465 total fatalities of which 53,402 were combat deaths. Additionally, there were 204,002 wounded. Many countries in the world sustained a "lost generation". Many soldiers knew they had a "rendezvous with death". The book "Miracle at Belleau Wood" by Axelrod should be required reading for every American.

To those men from Brown County
Who rendered valiant service in the world war;
Who feared not;
Who believed in the sacred principles
Upon which this republic is founded;
Who preferred death to slavery;
Who signified a willingness to give their lives
And to perpetuate democracy;
This monument is reverently dedicated. 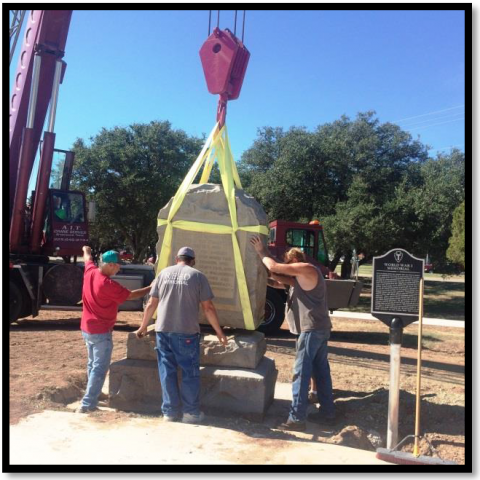 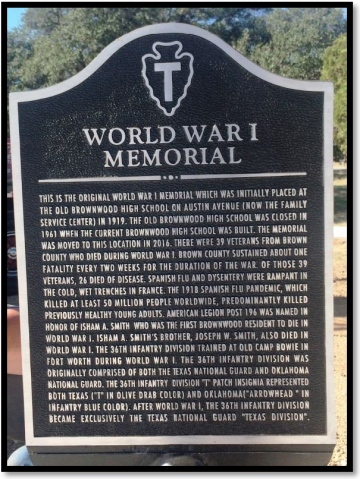 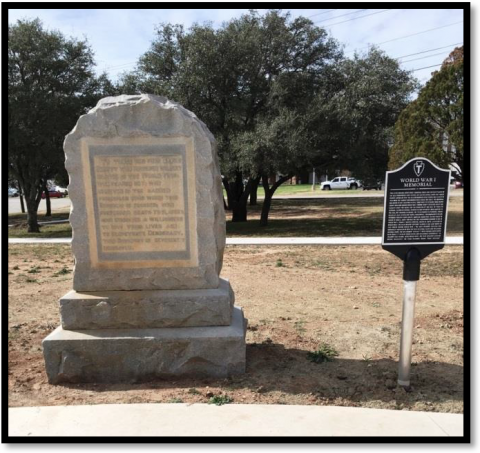 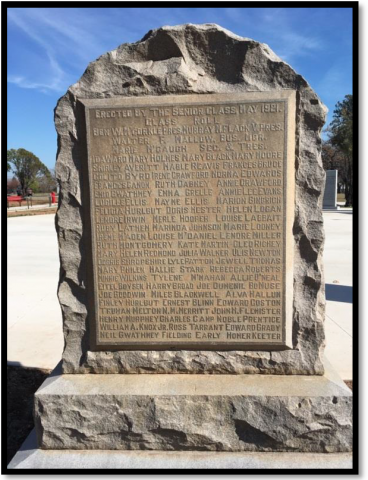 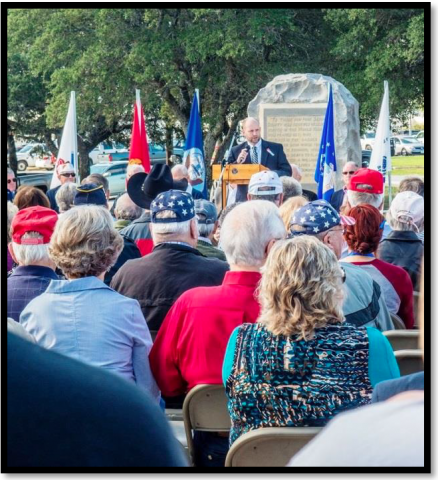 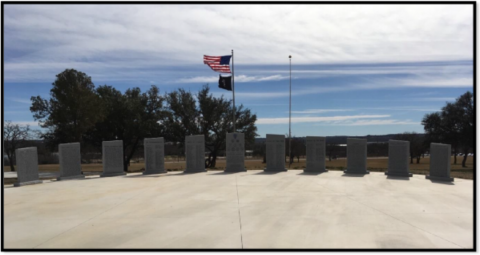 The Central Texas Veterans' Memorial honors all Veterans, but especially the 259 Veterans from Brown County who made the ultimate sacrifice from World War I forward. There were 39 fatalities in World War I, 198 in World War II, 8 in the Korean War, 11 in the Vietnam War, and 3 after September 11, 2001. The memorial consists of 12 granite tablets around a 75 foot diameter concrete circle.

They honor the 259 local heroes; Fighting 36th Infantry Division-Texas National Guard-that trained here in World War II; Camp Bowie-Brownwood Texas; Major General Fred Walker-commanding general of the 36th Division in World War II and representing all officers from Brown County; Commando Charles Kelly-The One Man Army-the first recipient of the Congressional Medal of Honor in Europe in World War II and representing all enlisted men from Brown County - especially those who returned from all wars with PTSD; the Lost 36th Division Battalion in the Vosges Mountains of France; the Lost 36th Division Battalion on Java; and Colonel Jack Bradley who was Brownwood's most decorated combat veteran. We moved the old World War II Memorial from across town to this new site. We also have plaques honoring veterans from the Korean War, Vietnam War, Persian Gulf War, Operation Enduring Freedom - Afghanistan, and Operation Iraqi Freedom.

Additionally, we have a concrete walking trail just under 1/2 mile long with a handicapped water fountain and benches for people to sit and rest. There is a handicapped accessible sidewalk leading to the VA Clinic and to Brownwood Regional Medical Center with blacktopped parking and multiple van accessible handicapped parking spaces. There is an area for Veterans' Memorial Bricks which includes bricks with the names of many local veterans.

American Legion Post 196 is very proud to have been vitally involved with the restoration, preservation, modernization, and memorialization of the original World War I Memorial and the new Central Texas Veterans' Memorial in Brownwood, Texas.

Get YOUR 100C/100M project submitted early so we can proudly present it to the world!

Governors Island NY Memorial Project submitted to ...
Some Recent Question From You...