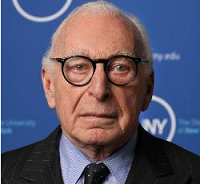 It was with great sadness that the U.S. World War One Centennial Commission learned of the passing of Ambassador Carl Spielvogel, one of the nation’s leading international business executives. He was the U.S. Ambassador to The Slovak Republic; and a Governor of the U.S. Board of Broadcasting. He was a 2nd Lieutenant in the U.S. Air Force Reserve, and served in the U.S. Army for two years.

He started his working career as a reporter and columnist at The New York Times. He later spent 20 years at McCann-Erickson and The Interpublic Group of Companies as Vice Chairman, before starting his own global marketing services company, Backer Spielvogel Bates Worldwide, as Chairman and CEO.

The Ambassador is currently Chairman and CEO of Carl Spielvogel Associates, Inc., an international marketing and finance company. He serves on numerous cultural and corporate Boards, and is a graduate of Baruch College of the City University of New York. He resides in Manhattan, New York City. He is married to Barbaralee Diamonstein-Spielvogel, author of eighteen books on art, architecture and public policy. 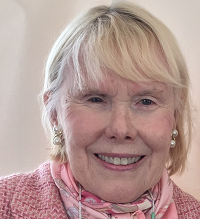 Ambassador Whittlesey served as Chairman Emeritus of the American Swiss Foundation in New York, an organization for which she served as President and Chairman for nearly 20 years (1989-2008). She has also served on numerous other professional, corporate, and charitable boards. She was a long-time member of the Council of American Ambassadors and remains a member of the Pennsylvania Bar.

Ambassador Whittlesey served as United States Ambassador to Switzerland twice, from 1981 to 1983 and again from 1985 to 1988, for a total of nearly five years, and, between tours, from 1983 to 1985, she was a member of the Senior White House Staff, directing the White House Office of Public Liaison in the Reagan Administration. In 2001, she was a member of the U.S. delegation at two UN conferences, appointed by President George W. Bush. In 2005, she was the special guest in Beijing of Chinese President Hu Jintao at the celebration of the 60th anniversary of the Chinese victory over Japan in World War II.

Prior to national service, Mrs. Whittlesey served as an Assistant U.S. Attorney in the Eastern District of Pennsylvania and, before then, a Special Assistant Attorney General in the Pennsylvania Department of Justice. Later, she was elected to two terms in the Pennsylvania House of Representatives followed by two terms to the Delaware County Council, a large suburban county near Philadelphia, where she served, successively, as Council Vice Chairman and Chairman.

In 2003, she received the Stratton Prize at the Harvard Club in Boston for her work to promote American-Swiss understanding. In 2004, she was recognized in New York City with the Congress of Racial Equality Public Service Award. In 2006, the American Rose Society named a new Tea Rose ‘Faith Whittlesey’ for her. In 2009, she served on the John Calvin Quincentenary Executive Committee in Geneva. In 2009, also, she received the Christian Freedom International Freedom Award for her work on behalf of persecuted Christians worldwide. In 2010, she was honored with the International Friend of the Rose Award in New York City. In 2011, she was presented with the William Tell Award by the Swiss Ambassador to the United States, H. E. Manual Sager, to recognize her contribution to Swiss-American friendship. On October 4, 2012, at a dinner in her honor held at the Smithsonian National Air & Space Museum in Washington, DC, the late Supreme Court Justice Antonin Scalia presented her with a lifetime achievement award.

Widowed in 1974, she raised three children as a single mother. She is the grandmother of 10 and presently resides in Palm Beach County, Florida.

Backwards in High Heels (Casemate Publishing), by Professor Thomas Carty of Springfield College (Massachusetts), a book about her career, was published in the fall of 2012