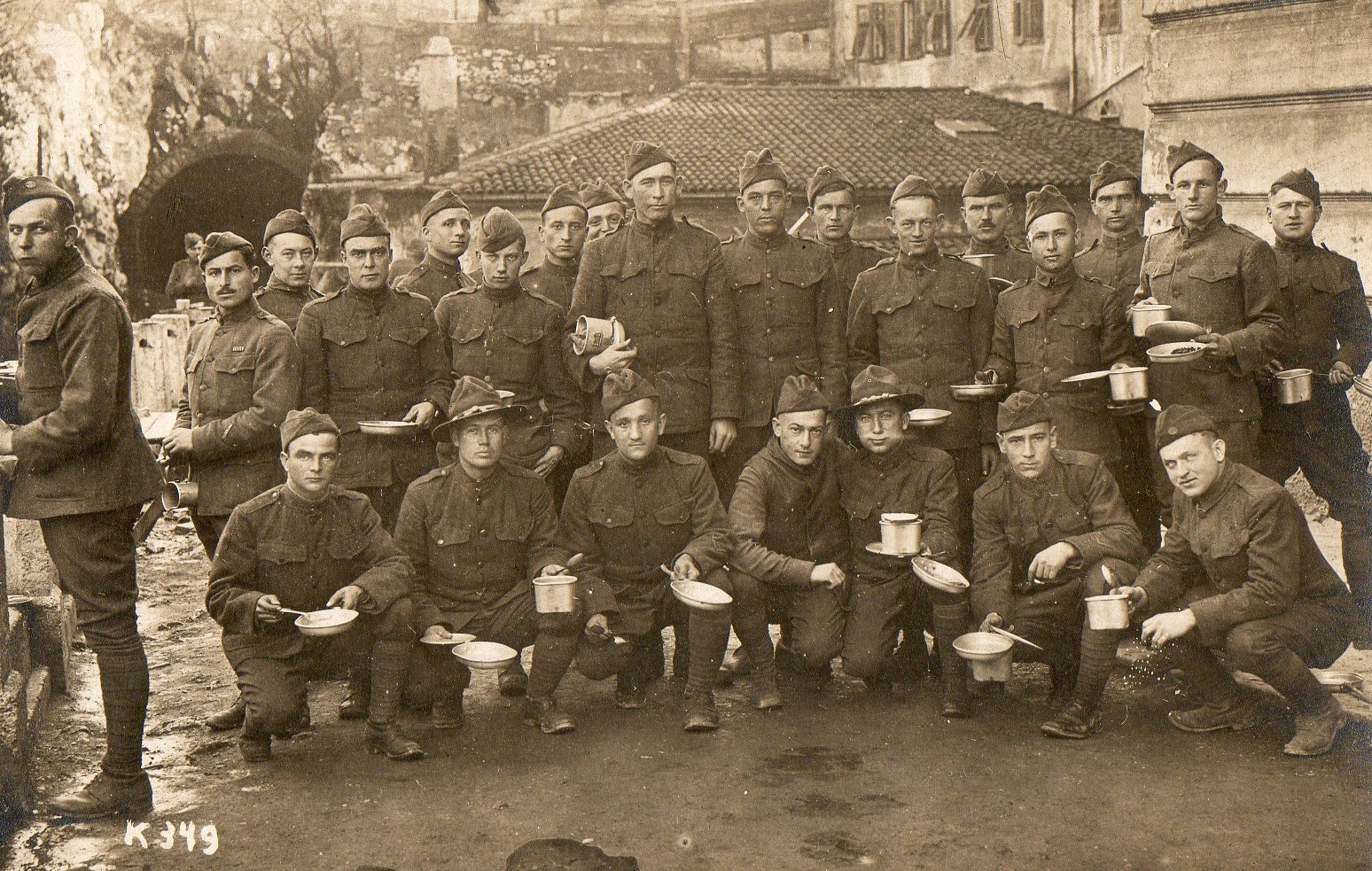 REMEMBERING THE MEN OF THE U.S. 332nd INFANTRY and commemorating their service and sacrifice on the Italian Front in World War I are the key objectives of the United States 332nd Infantry Regiment WWI Centennial Committee.

AN ESSENTIAL ASPECT OF THESE EFFORTS is to provide the descendants of those men with an opportunity to connect with the lives of their great-grandfathers, grandfathers, uncles or fathers by sharing the rich and complex story surrounding what those men experienced while serving with "Wallace's Circus" in northeastern Italy 100 years ago.

A PRIMARY GOAL OF THIS PROJECT IS TO ENCOURAGE DIRECT PARTICIPATION by 332nd Infantry descendants to help present the story of the 332nd Infantry from as many primary source documents as possible. Your official "Invitation to Share" and the "Call to Participate" may be found below.

RAISING AWARENESS OF THE UNIQUE SERVICE of the men of the 332nd among their descendants and the general public can help ensure that those brave soldiers of the only American combat unit to serve and fight alongside the Allies on the Italian Front are suitably recognized and honored in World War One Centennial commemorations in the United States and Italy.

The other U.S. military and civilian organizations and individuals who were active on the WWI Italian Front are briefly covered on this site as well:

Resources for conducting your own research about the 332nd Infantry in the First World War and other U.S. involvements and contributions on the WWI Italian Front in general, are provided in the Bibliography section.

The 332nd Infantry Regiment in WWI website is intended as an on-going and dynamic project--a work in progress, if you will.  It is anticipated that it will continue to grow and change, especially with input from descendants of the men and women, military and civilian, who served a century ago in Italy during the First World War.

This site was developed and is maintained by descendants of 332nd Infantry Regiment soldiers who served in Italy in WWI.

FAMILIES OF THE 332nd INFANTRY REGIMENT SOLDIERS who served on the Italian Front in 1918-19 are cordially invited and enthusiastically encouraged to play an active and key role in this project that honors their forefathers on the occasion of the 100th anniversary of the First World War.

NOW IS THE TIME for the names and stories of this unique group of American veterans—the gallant U.S. soldiers on the  overlooked front in the unremembered war— to be prominently placed in the public consciousness and our collective memory.

Because all components of the U.S. World War One Centennial Commission's website are considered to be of public interest, the Library of Congress and the Federal Depository Library Program (FDLP, part of the Government Printing Office) will archive it in perpetuity once the Commission is disestablished. The entire content of the website and its official records, including the 332nd Infantry section, will always be available for public access as an important, reliable and comprehensive resource for educational, historical and genealogical purposes.

ADD AN INDIVIDUAL PERSPECTIVE to the many-sided story of the 332nd infantry by sharing a “Profile of U.S. Service” of your 332nd Infantry soldier ancestor on this site.  Send in a description of his service, your remembered stories, etc. and, especially, photographs.

PLEASE INCLUDE ANY OF HIS LETTERS, POSTCARDS, DIARIES AND OTHER FIRST-HAND ACCOUNTS. Importantly, they tell, in his own words, about his adventures, experiences and feelings of a century ago — an intimate, personal view of the 332nd Infantry Regiment in WWI that may contain some of those everyday details to which we all can relate  and appreciate. These precious family keepsakes are the authentic record of the events surrounding the U.S. Doughboys in Italy.  Sharing them will round out the true 332nd Infantry story and give voices to the men of “Wallace’s Circus,” some of whom we may have known and loved, and are no longer with us.

TO SHARE THE STORY OF YOUR 332nd INFANTRY FAMILY MEMBER please follow the instructions and suggestions on the Share a PROFILE of US Service in WWI Italy Page.

THOSE OF YOU WHO ARE DESCENDANTS of the women and men, U.S. military and civilian, who were with the other American units and organizations in Italy during WWI, are equally welcome and urged to join in as partners in this effort by sharing the story, images and other information of your ancestors , too. The contributions and sacrifices by your ancestors in WWI Italy will thereby be recognized as well.

Others who are interested in the activities and events of those who were in U.S. service in Italy during WWI may also take part in “Profiles of U.S. Service in WWI Italy.”

© 2018 The United States 332nd Infantry Regiment WWI Centennial Committee--All rights reserved--duplication and/or reuse in any form of the contents of this site/page is prohibited without permission.  US-332nd-Inf-Regt@outlook.com