Communications Advisory Board to the
U.S. World War One Centennial Commission

The Communication Advisory Board for the U.S. World War One Centennial Commission provides expert advice to the Commission, in order to create strategies for fostering a national-level conversation about World War One, and to maximize visibility for the Centennial Commission’s programs. The Board Members provide counsel, strategy, and contacts on their respective areas of communication expertise, to include advertising, news media outreach, entertainment industry outreach, marketing strategy, social media, and communication analysis. The Board Members serve without pay.

Members of the Board 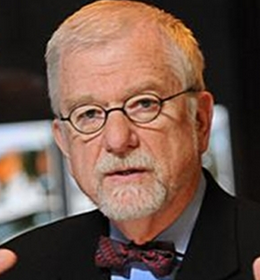 William Franklin "Bill" Baker directs the Bernard L. Schwartz Center for Media, Education, and Public Policy at Fordham University, where he is also Journalist-in-Residence and a professor in the Graduate School of Education. He is a distinguished professor at IESE Business School (ranked #1 globally by The Economist) and is President Emeritus of WNET, New York’s public media station and the premiere source of PBS programs nationwide. Over the four decades of his career, Dr. Baker has been a broadcaster, executive, author, sought-after public speaker, academic, and explorer.

Baker is co-author of the books The World's Your Stage: How Performing Artists Can Make a Living While Still Doing What They Love (American Management Association, 2015), based on a class he teaches at The Juilliard School and Fordham University, Every Leader is an Artist (McGraw Hill, 2012) and Leading with Kindness: How Good People Consistently Get Superior Results (American Management Association, 2008). Baker also hosted the PBS documentary Leading with Kindness which premiered on public television in 2008.

Baker’s career spans four decades. During his twenty years as chief executive officer of WNET, he distinguished himself as one of America’s most prolific fundraisers, raising over $1 billion for the station, and establishing the largest endowment in the history of public television. Among many other accomplishments at WNET, Baker introduced the landmark program Charlie Rose, oversaw the station’s transition to digital broadcasting, and launched WNET’s first of many cable channels, MetroArts/Thirteen.

Before joining WNET, he was president of Westinghouse Television and chairman of their cable and programming companies. At Westinghouse, Baker introduced Oprah Winfrey as a talk show host and established PM Magazine as the #1 syndicated program in America in the 1980s. During Baker’s tenure, Westinghouse also launched five cable networks, including the Discovery Channel and the Disney Channel.

Baker is the executive producer of the The Face: Jesus in Art, a landmark Emmy-winning feature film that traces the image of Jesus Christ in art around the world and across two millennia. The Face premiered nationwide on public television in 2001 and also enjoyed a limited theatrical release. He is also executive producer of the forthcoming film SACRED, which is being made by an international network of independent filmmakers and will depict sites and rituals from the sacred calendar of a diversity of world religions. The film will have theatrical premiers in New York, Jerusalem, and Tel Aviv before being broadcast on television on PBS in America and the BBC in the United Kingdom.

Baker is the recipient of seven Emmy Awards and is a fellow of the American Academy of Arts and Sciences. He has been inducted into the National Academy of Television Arts & Sciences (NATAS) Management Hall of Fame and received the Mark Schubart Award from the Lincoln Center Institute, given to individuals who most exemplify the Institute’s ideal of integrating the arts with education. He has also been inducted into Broadcasting & Cable’s Hall of Fame and the New York State Broadcasters Association Hall of Fame. In addition to numerous other awards, Baker has received the Gabriel Personal Achievement Award, two Alfred I. duPont-Columbia University Journalism Awards and the 1987 Trustees Emmy Award, given in recognition of outstanding contribution to the advancement of television.

Baker is also the co-author of Down the Tube: An Insider’s Account of the Failure of American Television (Basic Books, 1998) and the author of Lighthouse Island: Our Family Escape (Ruder Finn Press, 2004).

Baker is former Chairman of the National Parks System Advisory Board, and serves on the board of Rodale Press. He holds a B.A., M.A. and Ph.D. from Case Western Reserve University, and seven honorary doctorates from universities in America and Europe. In cooperation with Fordham University, he teaches The Business of the Performing Arts, Juilliard’s only business course.

Dr. Baker’s long-standing commitment to promoting education led him to establish WNET’s Educational Resources Center, the nation’s most prolific trainer in multimedia teaching techniques. He also founded the Bernard L. Schwartz Center for Media, Education, & Public Policy at Fordham University, and was an annual speaker at WNET’s Celebration of Teaching and Learning.

He is believed to be the 8th person in history to have stood on both the North and South Poles. 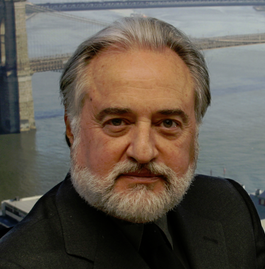 Ralph Appelbaum has 25 years of involvement in every facet of museum and exhibition design. His renowned work for the United States Holocaust Memorial Museum and the American Museum of Natural History has won every major design award, and he has served as an advisor to foundations, philanthropies, and heads of state around the world.

After graduating from Pratt Institute with a Bachelor of Industrial Design degree, Mr. Appelbaum spent several years in South America with the Peace Corps and with the U.S. AID mission as design adviser to southern Peru. 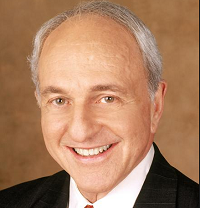 Myron Kandel, who was part of CNN’s original launch team in 1980, has been instrumental in the growth and development of CNN Financial News. He started his 48-year career in journalism as a copy boy at The New York Times, working nights while completing his senior year at Brooklyn College and then while earning a master’s degree from the Columbia School of Journalism. Upon graduation, he was promoted to copy editor at the Times and later became a financial reporter.

After reporting for The New York Times, Myron Kandel became business editor of the Washington Star and then became Bonn-based foreign correspondent for the New York Herald Tribune. He returned to the United States to become the Tribune’s financial editor, serving in that post until the paper folded in 1966. He then became editor and president of The New York Law Journal. He subsequently served as the founding editor and publisher of several financial newsletters, including The Wall Street Letter, Review of the Financial Press and The Corporate Shareholder.

From 1976 to 1982, Myron Kandel co-authored The Greer/Kandel Report, a syndicated financial column that appeared in leading papers around the country. He was also financial editor of the New York Post from 1977 to 1979, when he left to launch CNN.

Myron Kandel is the author of How To Cash in on the Coming Stock Market Boom, published in January 1982, which accurately forecasted the bull market that began that August. He has also written a wealth of magazine articles, and has been published in Harper’s, Institutional Investor, The New York Times Book Review, Finance Magazine, Nation’s Business and The Bulletin of the American Society of Newspaper Editors.

Myron Kandel has taught journalism at Columbia University and the City College of New York and lectures frequently around the world. He is the recipient of the Columbia Journalism Alumni Award, the New York Financial Writers’ Association’s Elliot V. Bell Award for outstanding contribution to financial journalism, the ICI Education/American University Journalism Award for excellence in personal finance reporting, and the Distinguished Achievement Award of the Society of Business Editors and Writers. 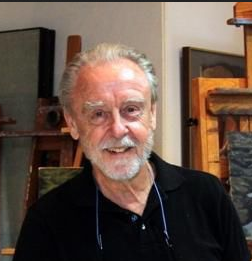 Bob Lenz received his degree in Fine Arts & Painting from the University of Illinois. During school he exhibited paintings and drawings in the Chicago area. Upon graduation, in 1961, he moved to New York City and promptly began a career as an art director in the advertising business at McCann Erickson. Bob became Chairman, Executive Creative Director of Backer Spielvogel Bates and after a successful and rewarding career he retired from the industry in 1997.

He then returned to his first love, painting, after a 36-year hiatus. Since then he has studied at the Silvermine School of Art and the Washington Art Association, both in CT., and the National Academy of Design and the Art Students League in NYC. From his studio in South Kent, CT, he has been painting and printing and exhibiting for the last 15 years. His work his shown at the Morrison Gallery in Kent, CT. and other venues in CT. and NYC. Bob is the former co-chair of the Silvermine Guild Art Center and former chairman of the Bermuda Artworks Association. He also teaches painting at the Washington Art Association. 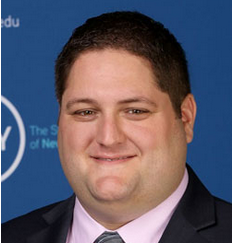 David Belsky is Director of Marketing & Creative Services at The State University of New York, the nation's largest comprehensive system of public higher education. He drives integrated marketing and brand strategy for the system, guides message development, and serves as deputy spokesperson for the University and Chancellor Nancy L. Zimpher – all focused on strategically telling SUNY’s story to the world.

In this capacity David oversees the Office of New Media which manages the University’s digital presence through the web and social media. He also leads university-wide efforts in advertising, multimedia, video production, emergency communications, and shared governance. In particular, David coordinates the annual State of the University Address, the system’s growing presence at the New York State Fair, and the work of the Communications and External Affairs Committee of the SUNY Board of Trustees.

Joining System Administration in 2008, David has also served as SUNY's Director of University Relations, Director of New Media, Press Officer, and Special Assistant for Strategic Communications. David holds an MPA in Higher Education and Organizational Communication from the University at Albany's Rockefeller College, and a B.A. in Political Science from Binghamton University. Originally from Queens, David spent several years in Albany before returning to New York City and is now based out of SUNY's Global Center.