An Alabamian in the Harlem Hellfighters

During World War I, Lt. Gorman R. Jones of Sheffield, Alabama, served as a white officer in the 369th “Harlem Hellfighters” Infantry Regiment, an African American unit created in New York. In May 1918, Jones was onboard the transport ship RMS Moldavia. In the middle of the night, the ship was torpedoed and sunk by a German U-boat near the entrance to the English Channel. The survivors, including Jones, were left with only their life preservers to 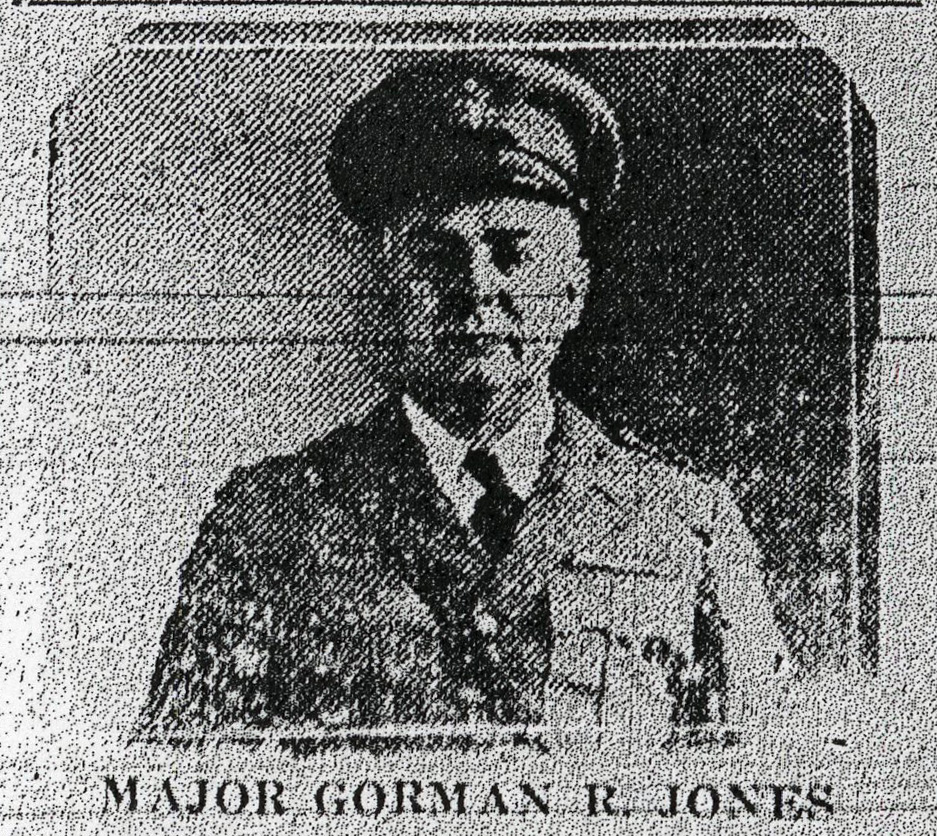 keep them afloat in the chilly water as they waited for rescue.

Finally, the survivors were picked up by a British destroyer and taken to Dover. While there, Jones was hosted by an elderly couple. He left the life preserver that had saved his life with them and asked that they mail it to him should he survive the war. 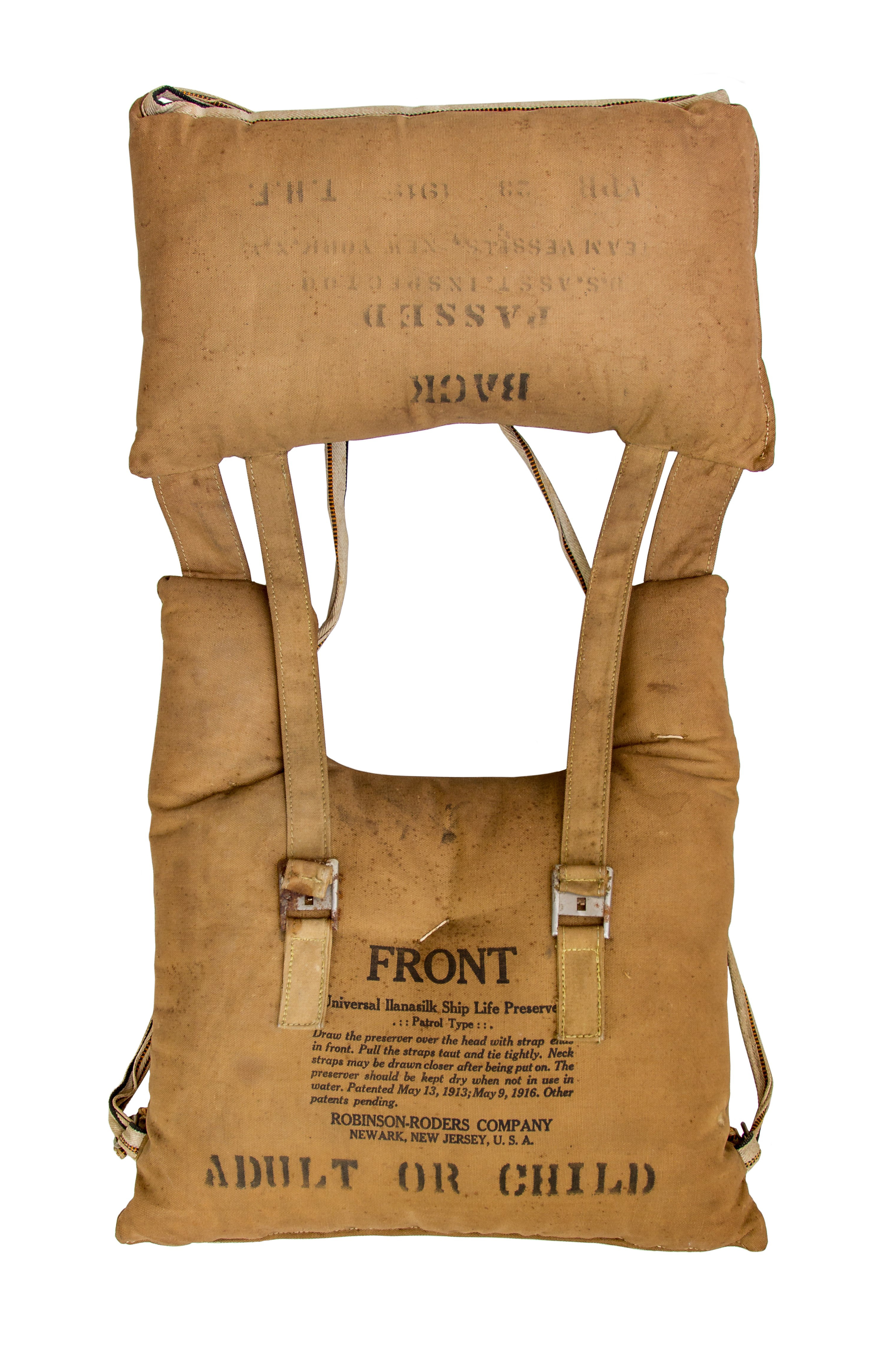 Lt. Jones went on to see combat in France. He was captured by the Germans and subsequently rescued by his own men. He received a shrapnel wound during the ordeal. When a surgeon informed Jones that he would need to be evacuated from the front and taken to recover in a hospital, Jones said, “You go to hell. I’m going to stay with the outfit. They’re fighting men.”

Jones did survive the war and returned home to Alabama. 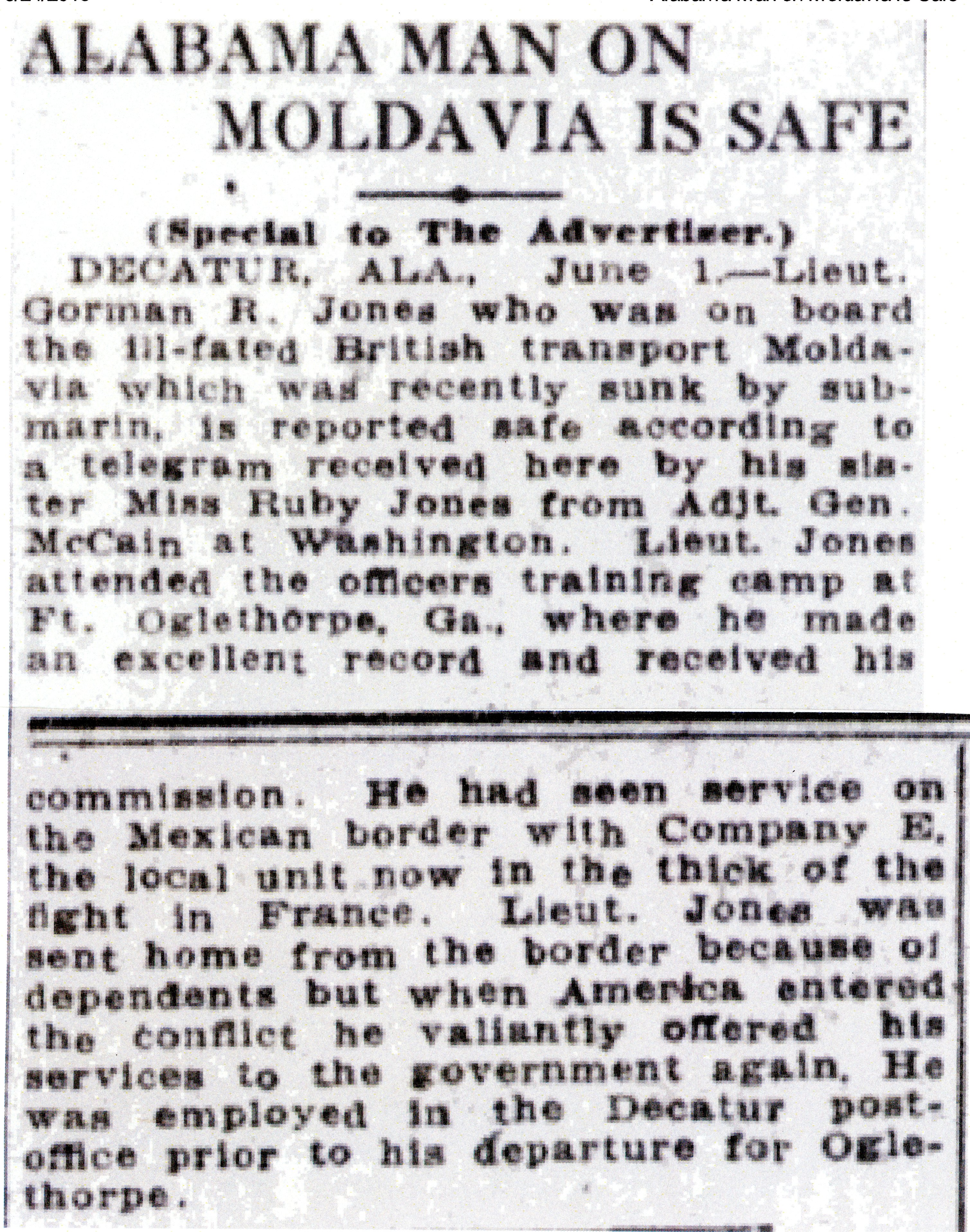 Eleven years later  with the help of London Post No. 1 American Legion, the life preserver that saved him from certain death was returned to him. In 1979, Jones' family donated the item to the Alabama Department of Archives and History, where it is currently on display.