In 1917 the U.S. War Department built thirty-two division-size training camps across the country. These facilities trained and equipped American soldiers before they departed for the battlefields of France. In Alabama, Camp McClellan near Anniston and Camp Sheridan in Montgomery played pivotal roles in our state’s wartime efforts on the home front. 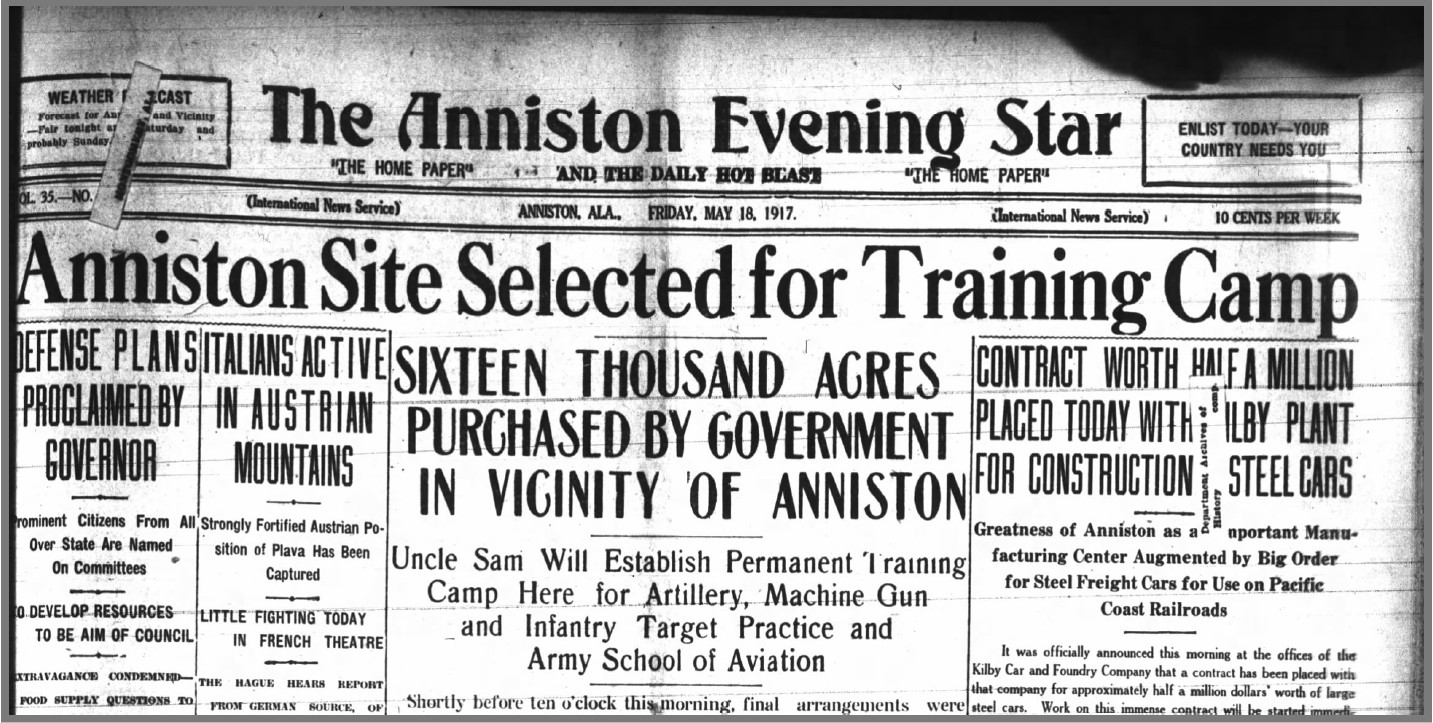 The U.S. War Department established Camp McClellan on July 18, 1917 as a rapid-mobilization base and permanent National Guard facility. It was named in honor of Maj. Gen. George B. McClellan, U.S. Army. Located in Calhoun County, Camp McClellan encompassed over 16,000 acres near the Choccolocco Mountains. It provided an ideal troop training environment and a direct rail connection to the Port of Mobile. By year's end, more than 27,000 troops were training there.

The men of the newly-created 29th “Blue-Gray” Division arrived in late August 1917 while construction was still underway. The division was comprised of National Guard units from Virginia, Maryland, the District of Columbia, New Jersey, and Delaware. At McClellan, the troops were taught trench warfare and trained to combat a new weapon, poisonous gas. Rifle and field artillery ranges, trenches, and dugouts were constructed to simulate active combat. The 29th Division departed in June 1918 and served valiantly in France. Other units trained at McClellan during the war, including Maryland’s 1st Separate Negro Company, the 6th Division, and various other support units.

Following World War I, the U.S. Army designated Camp McClellan as permanent training center, and renamed it Fort McClellan in 1929. The facility continued to train troops during World War II, Korea, and Vietnam. The base closed in 1999, but part of it is still in use by the Alabama National Guard as a training site today.

The following images are pages from a Camp McClellan Souvenir Book that was recently donated to Alabama Department of Archives and History by Derek Brown, Birmingham, AL. The entire souvenir book can be viewed in the Archives' digital collection. 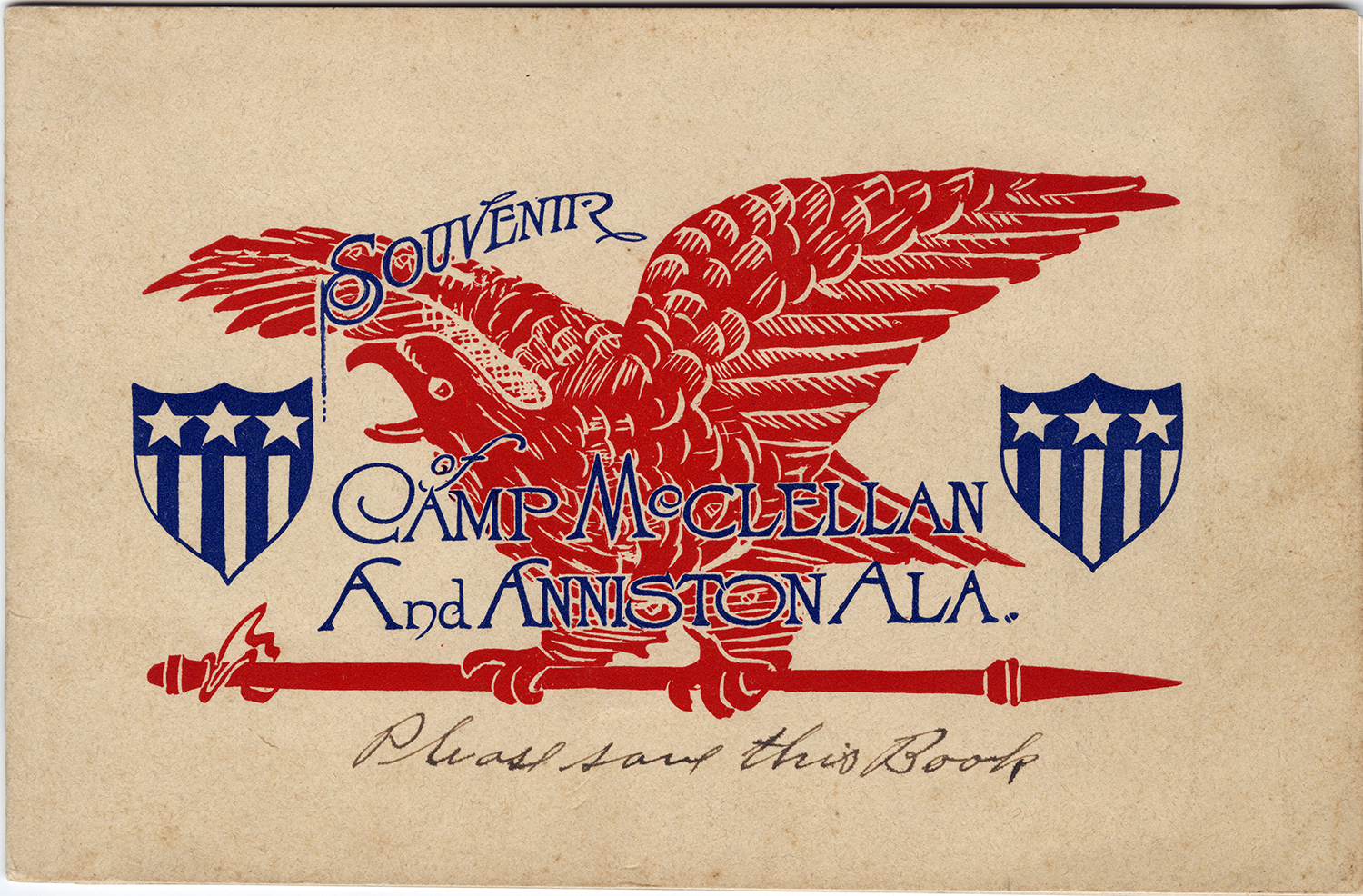 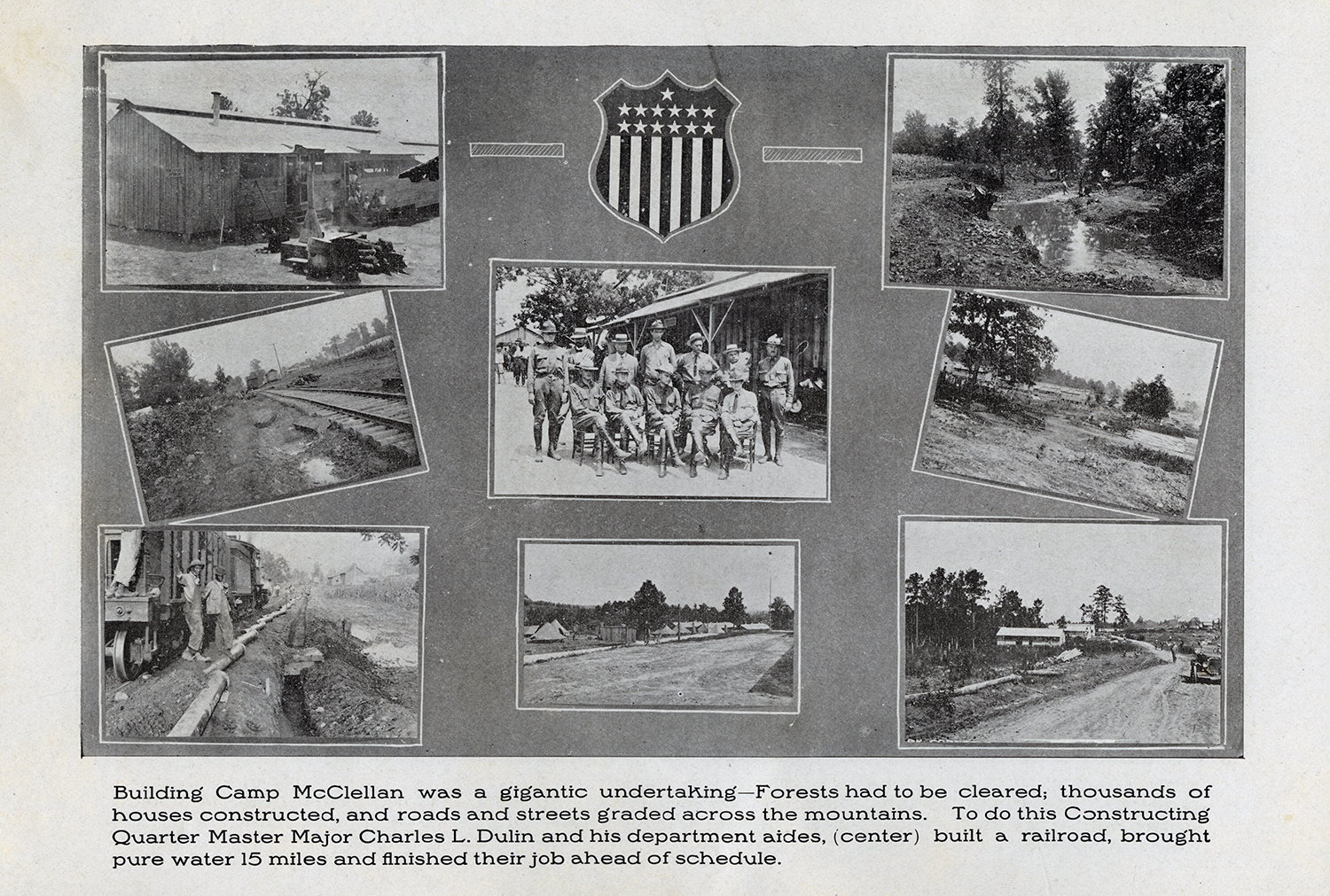 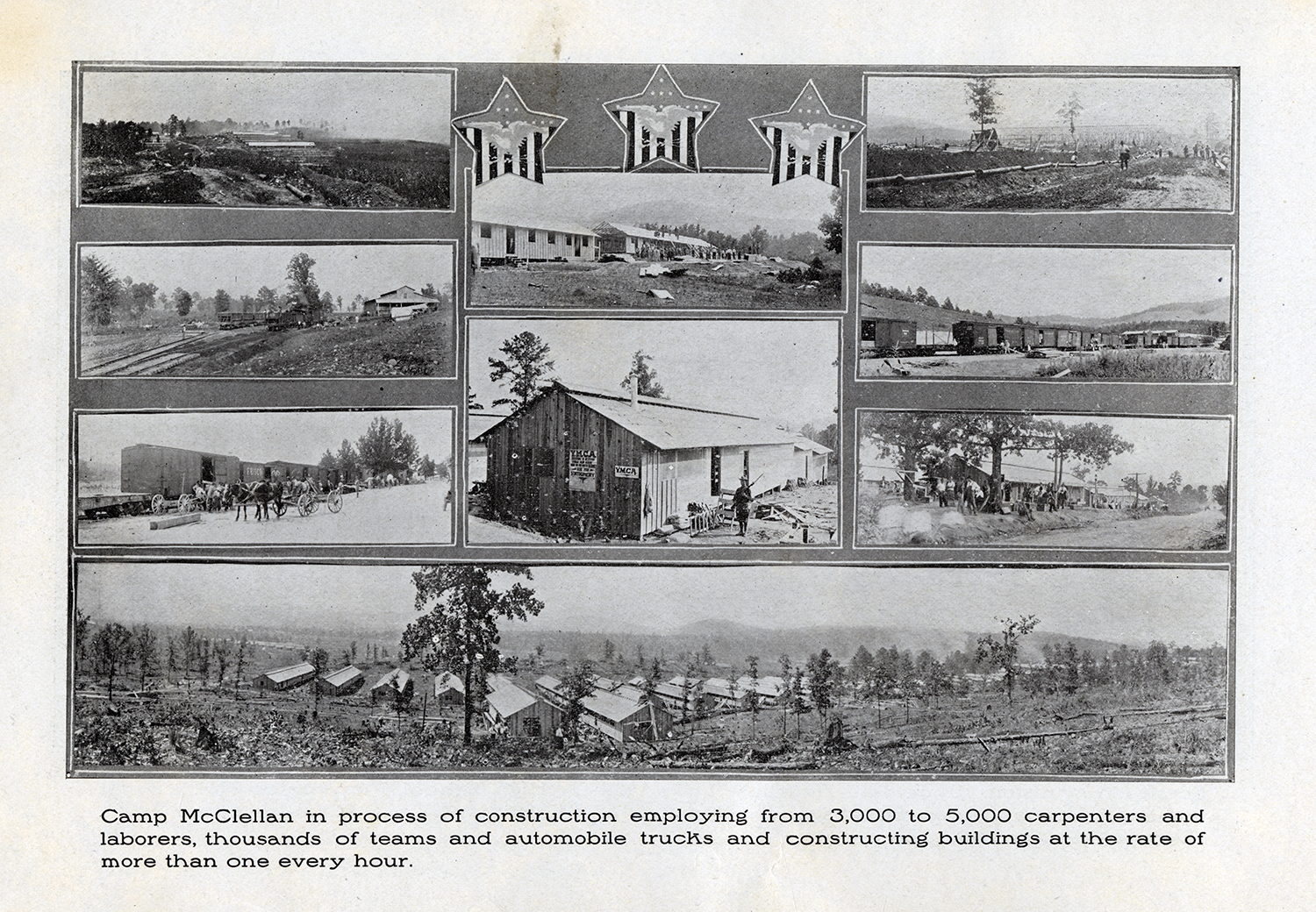 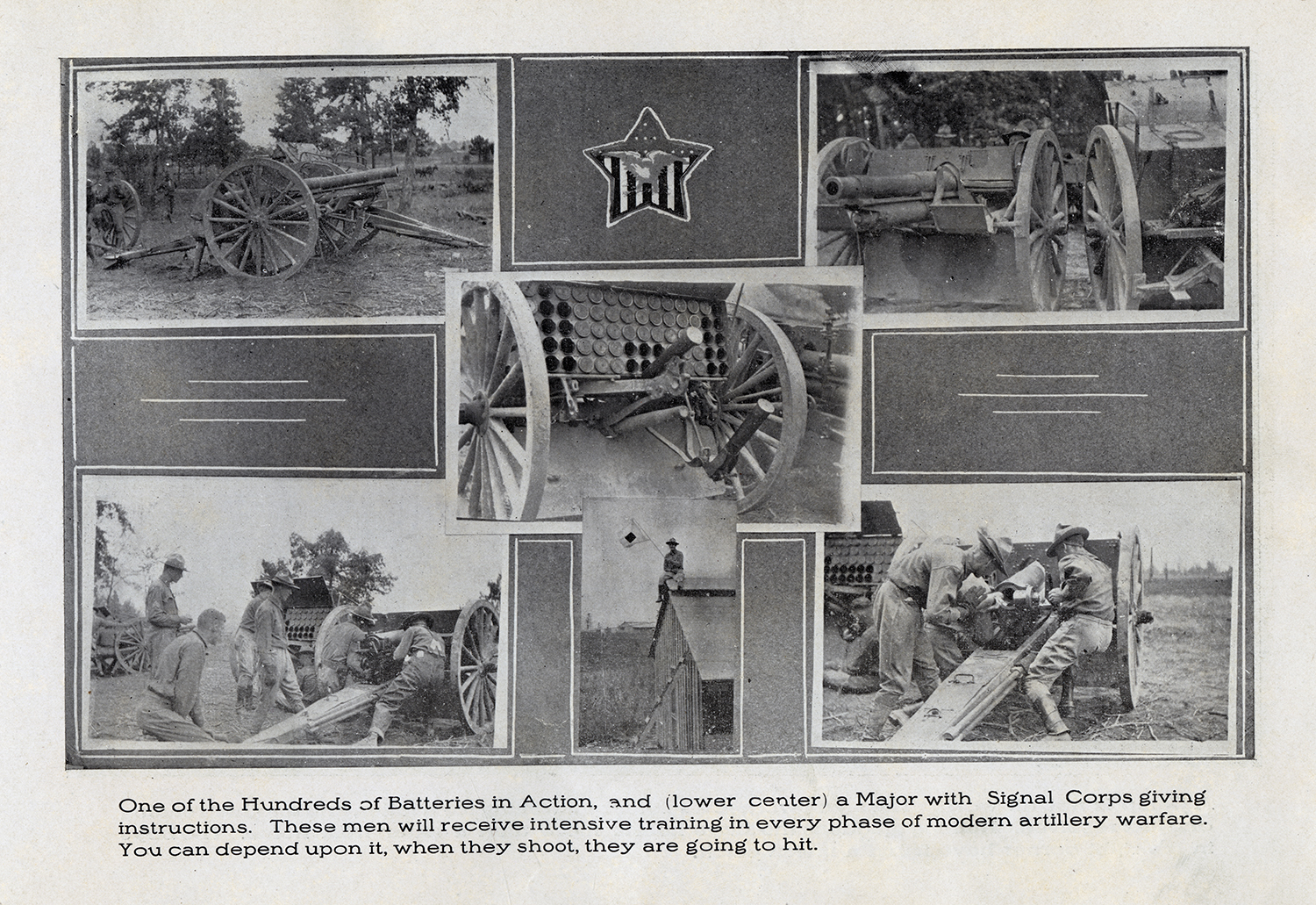 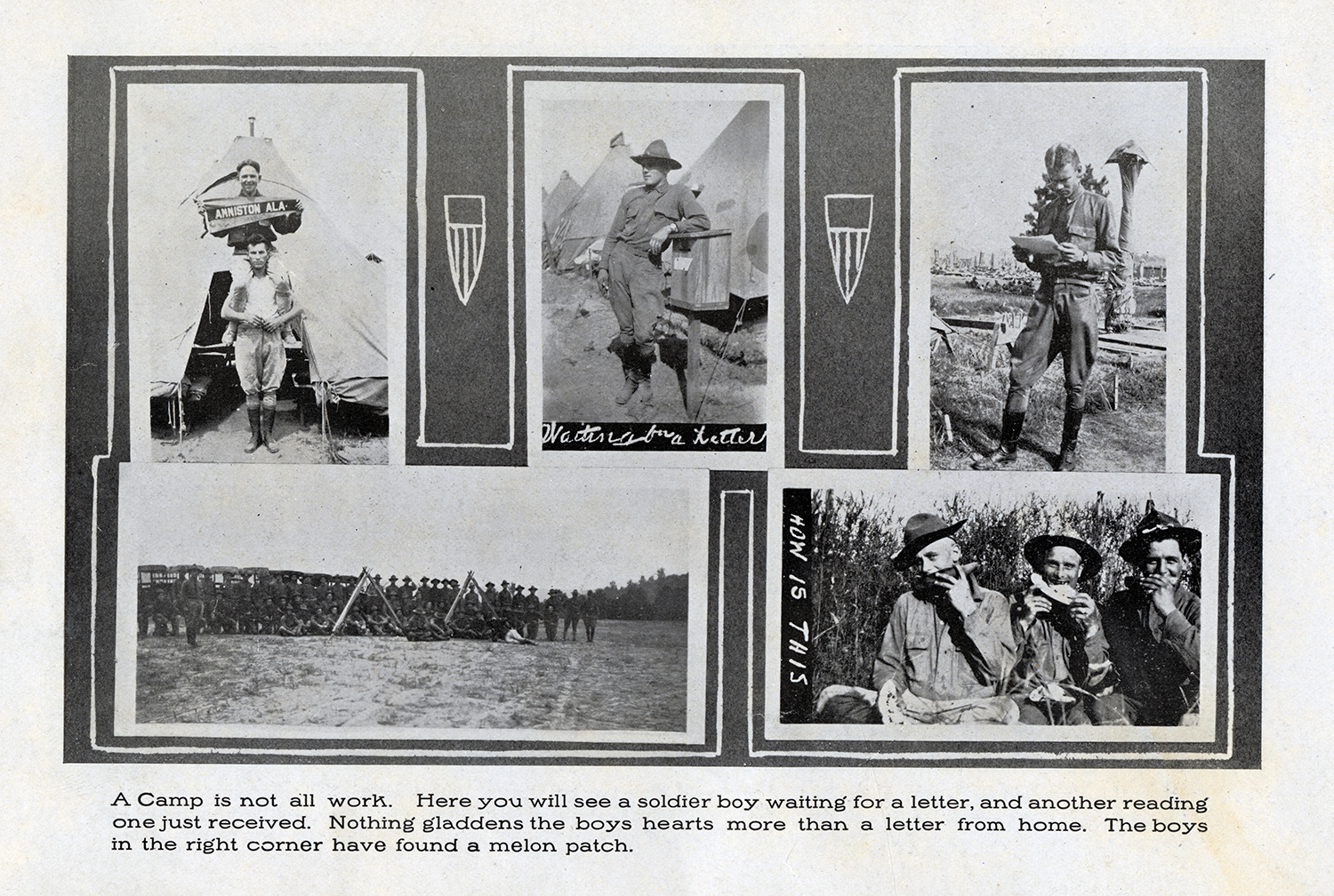 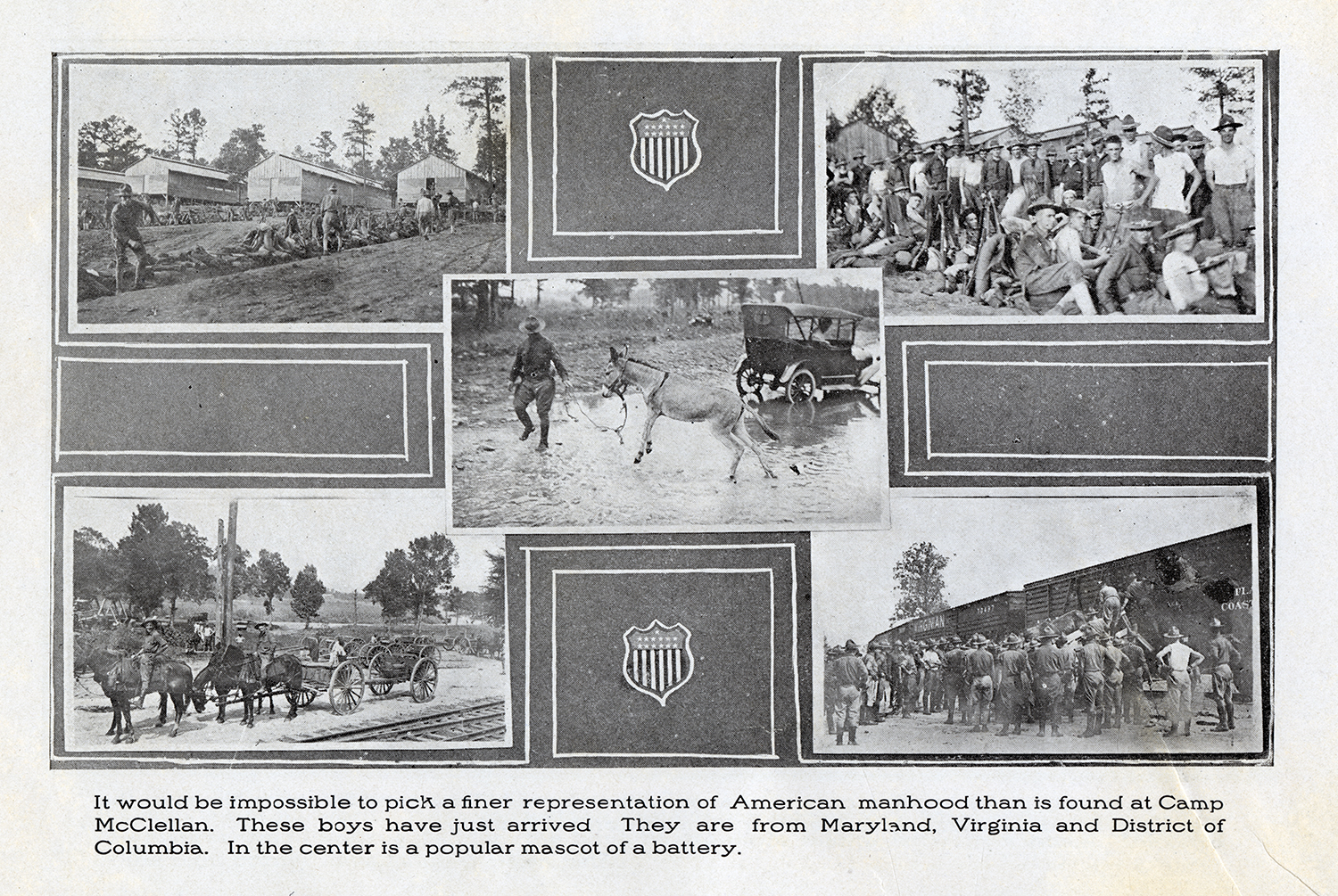 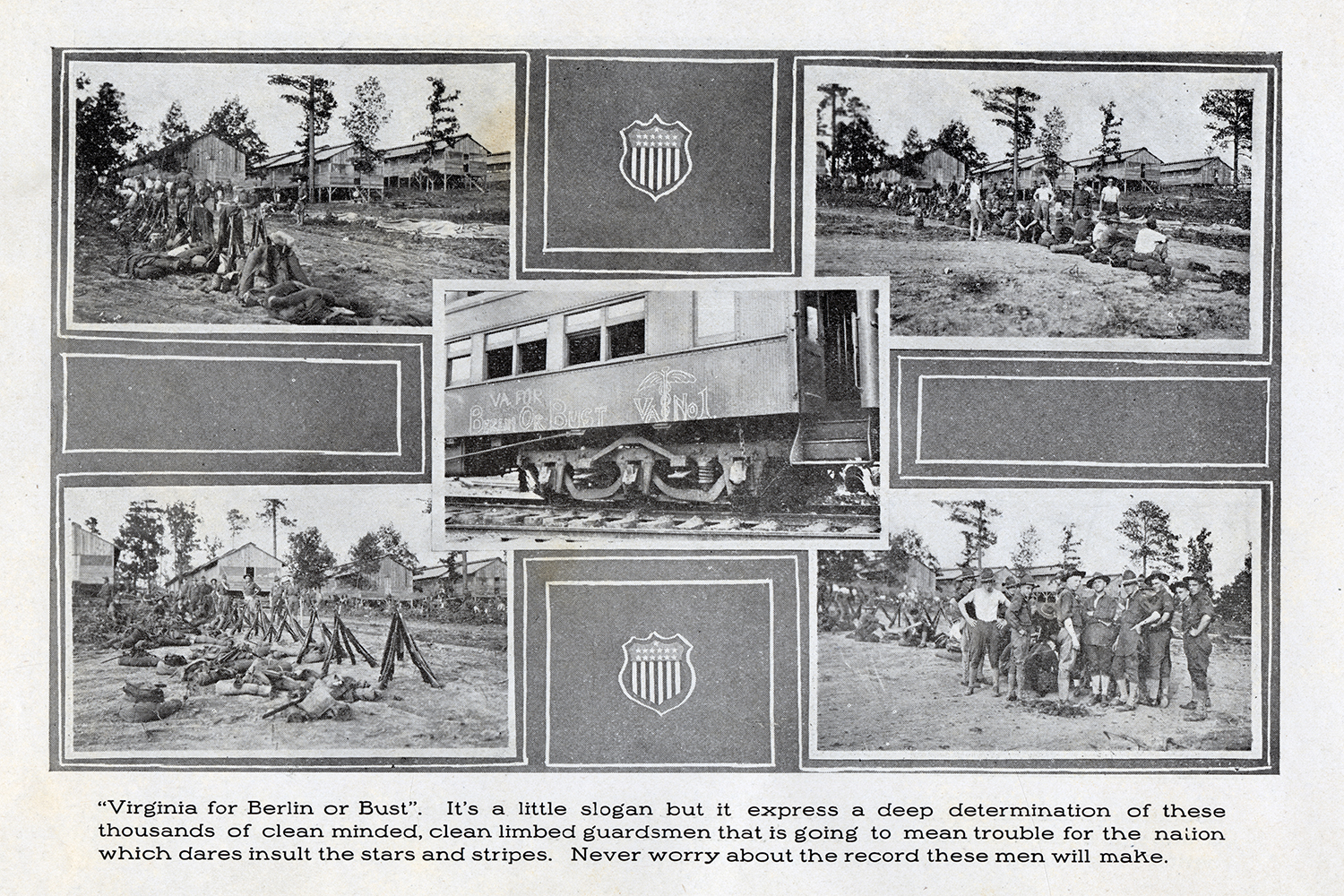