As the 2016 holiday season begins this week, these items from the Alabama Department of Archives and History’s collection give us a glimpse of what Alabama soldiers serving in World War I experienced at Thanksgiving nearly a century ago. Click the links to view the documents in the Archives' digital collection. 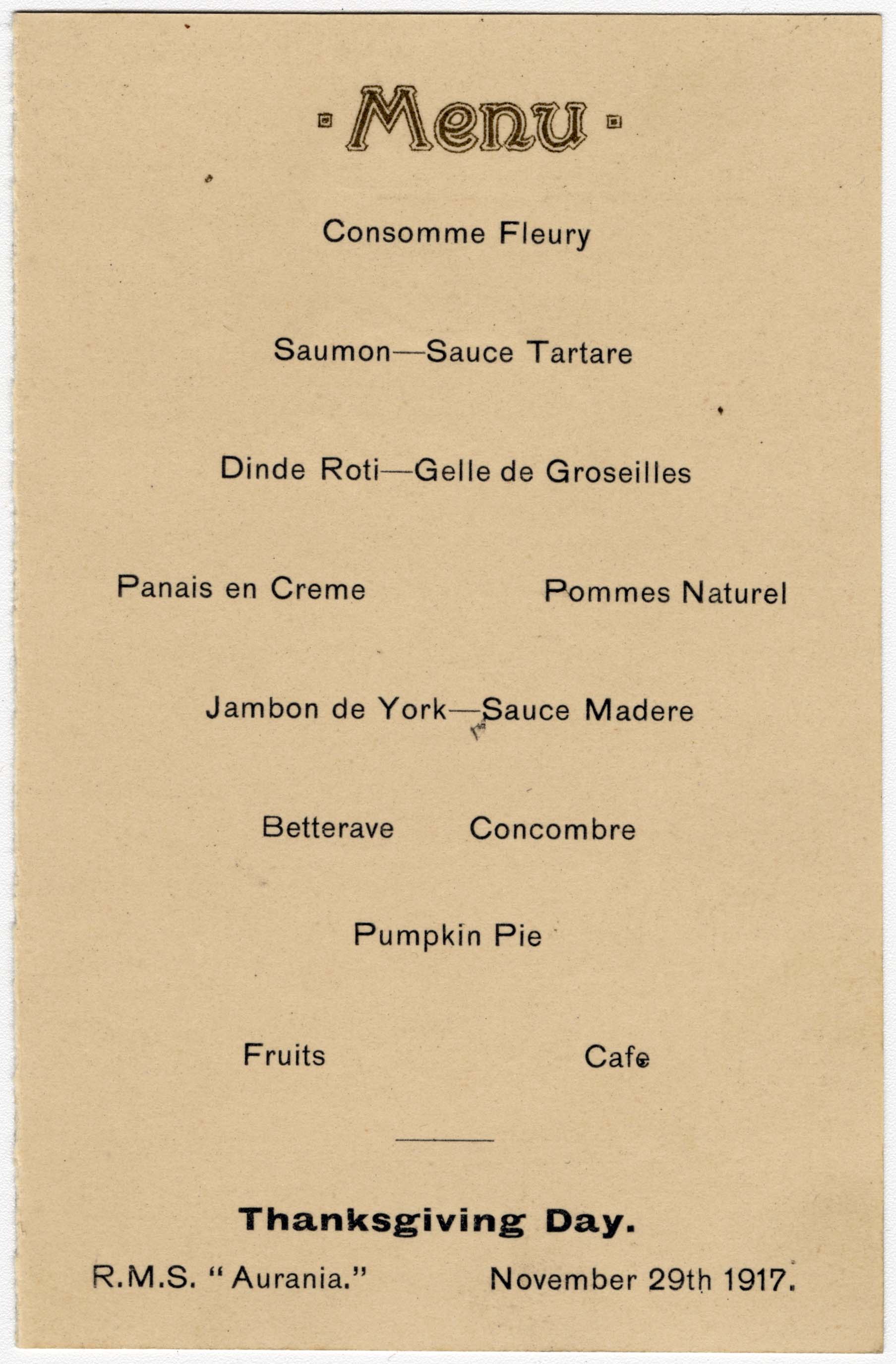 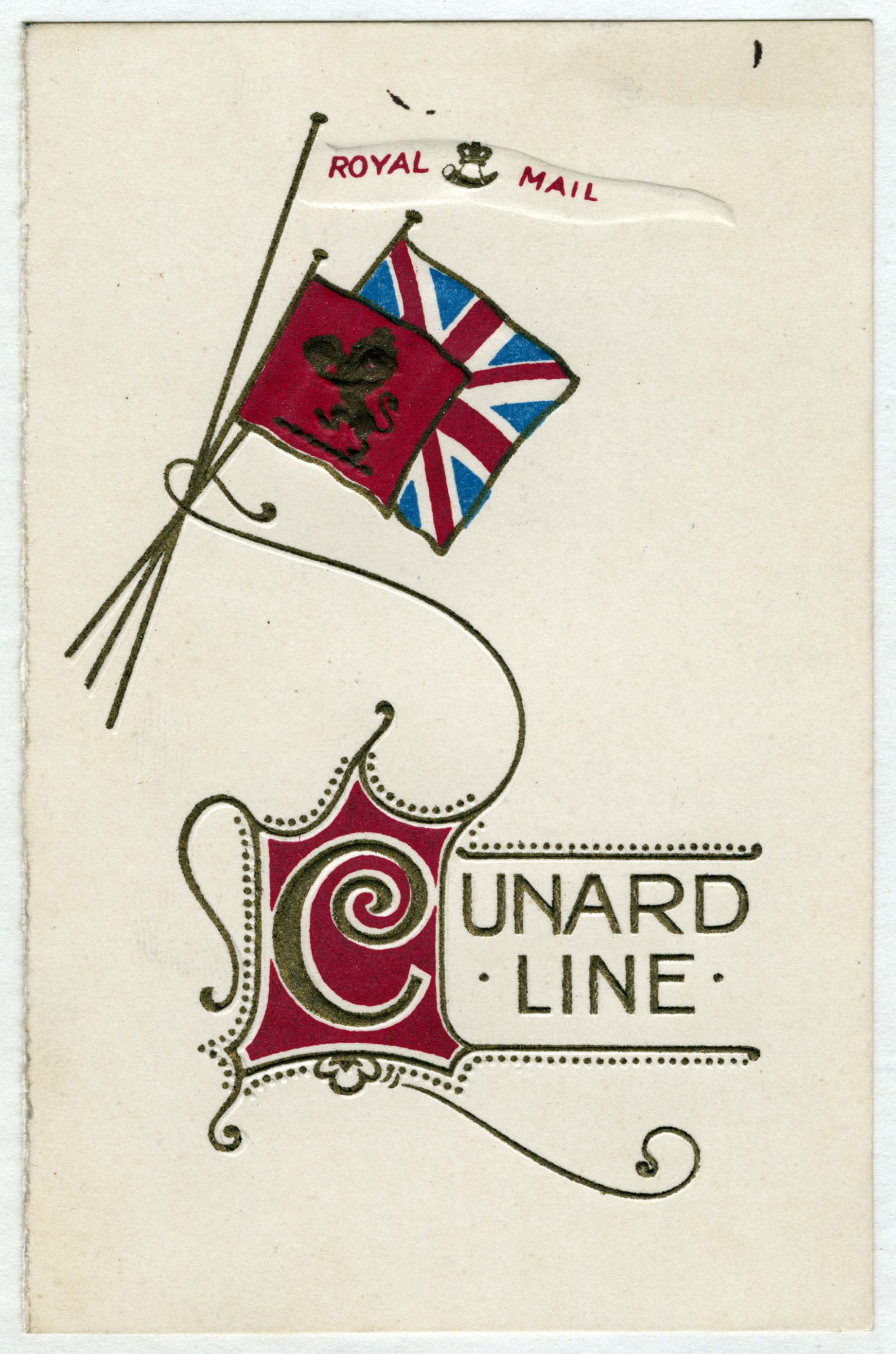 This Thanksgiving menu was served aboard the R.M.S. Aurania in 1917 to members of the 167th Infantry Regiment “Rainbow” Division en route to France. It is from the papers of Alabamian Lt. Col. Walter E. Bare, who traveled aboard the Aurania. The back is signed by Bare and other American officers who made the journey to France. While most of the menu is in French, their Thanksgiving dinner concluded with traditional pumpkin pie. 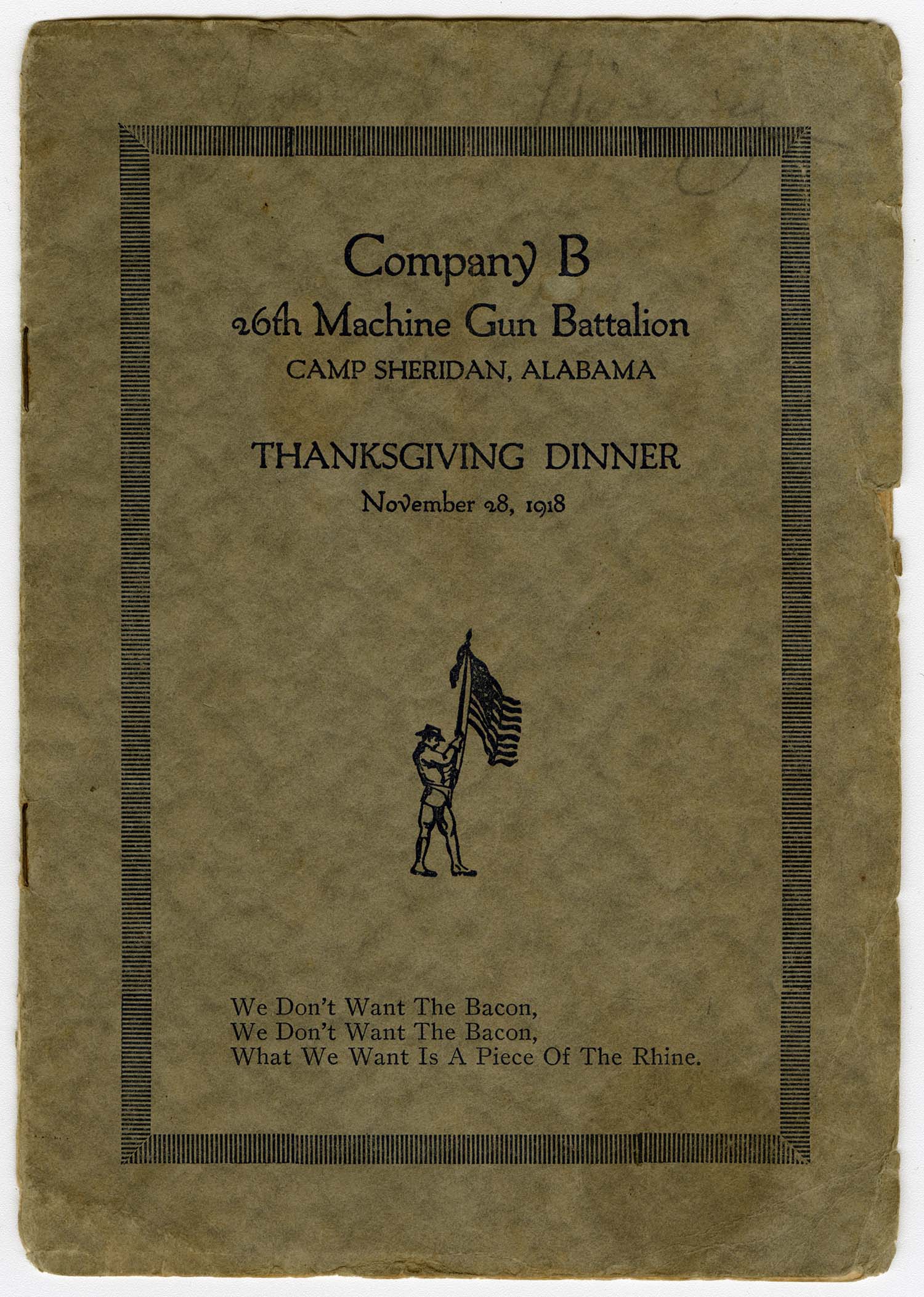 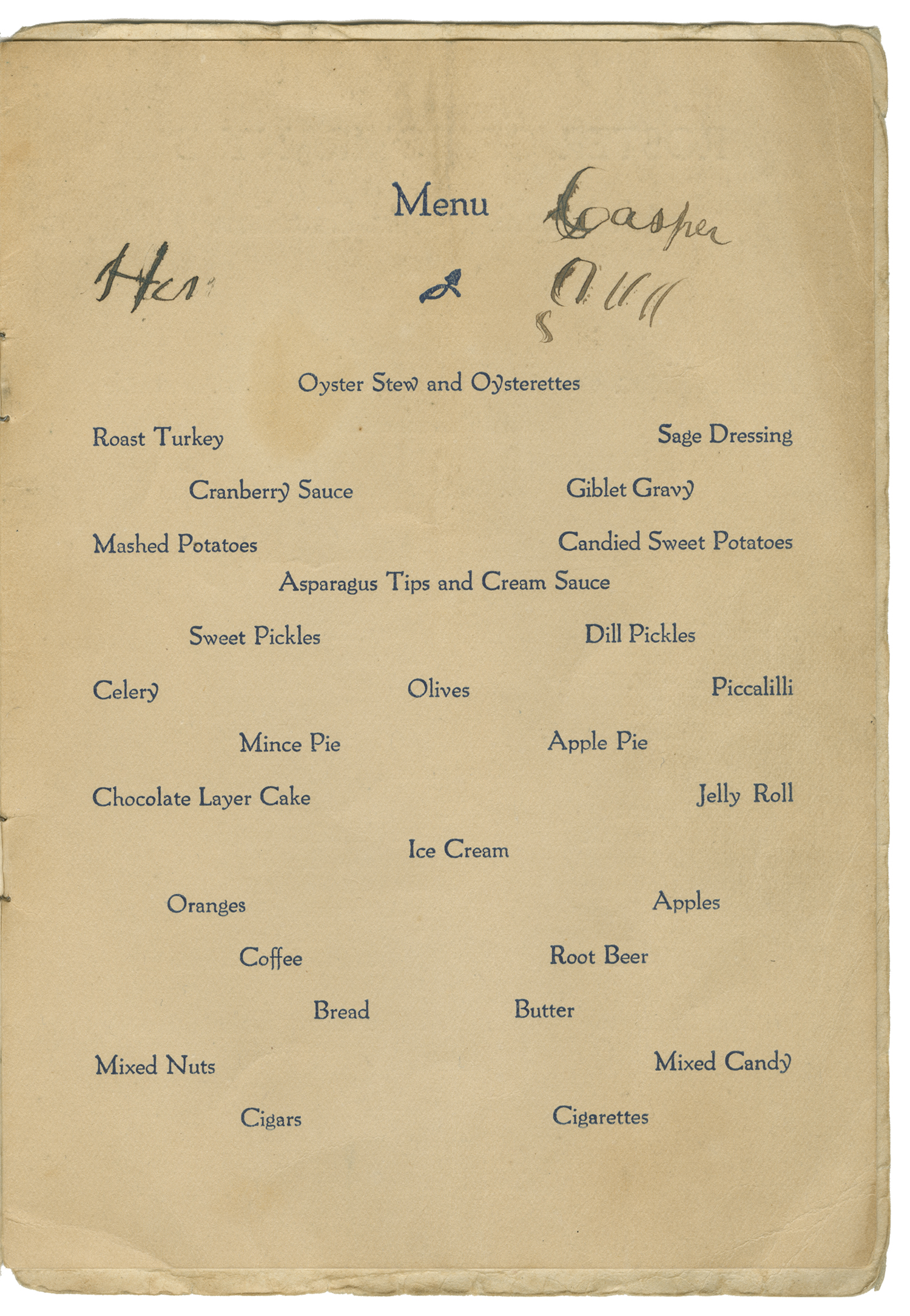 Another Thanksgiving dinner program from the Archives' collection was for the men in Company B of the 26th Machine Gun Battalion, who were stationed at Camp Sheridan in Montgomery during the war. It is dated November 28, 1918, the first Thanksgiving following Armistice Day several weeks earlier. The program lists the men serving in the company, provides a brief and entertaining company history, and includes the menu served at dinner. The troops enjoyed Thanksgiving dishes including oyster stew, traditional turkey, sage dressing, giblet gravy, minced pie, root beer, and other sweets and savories. 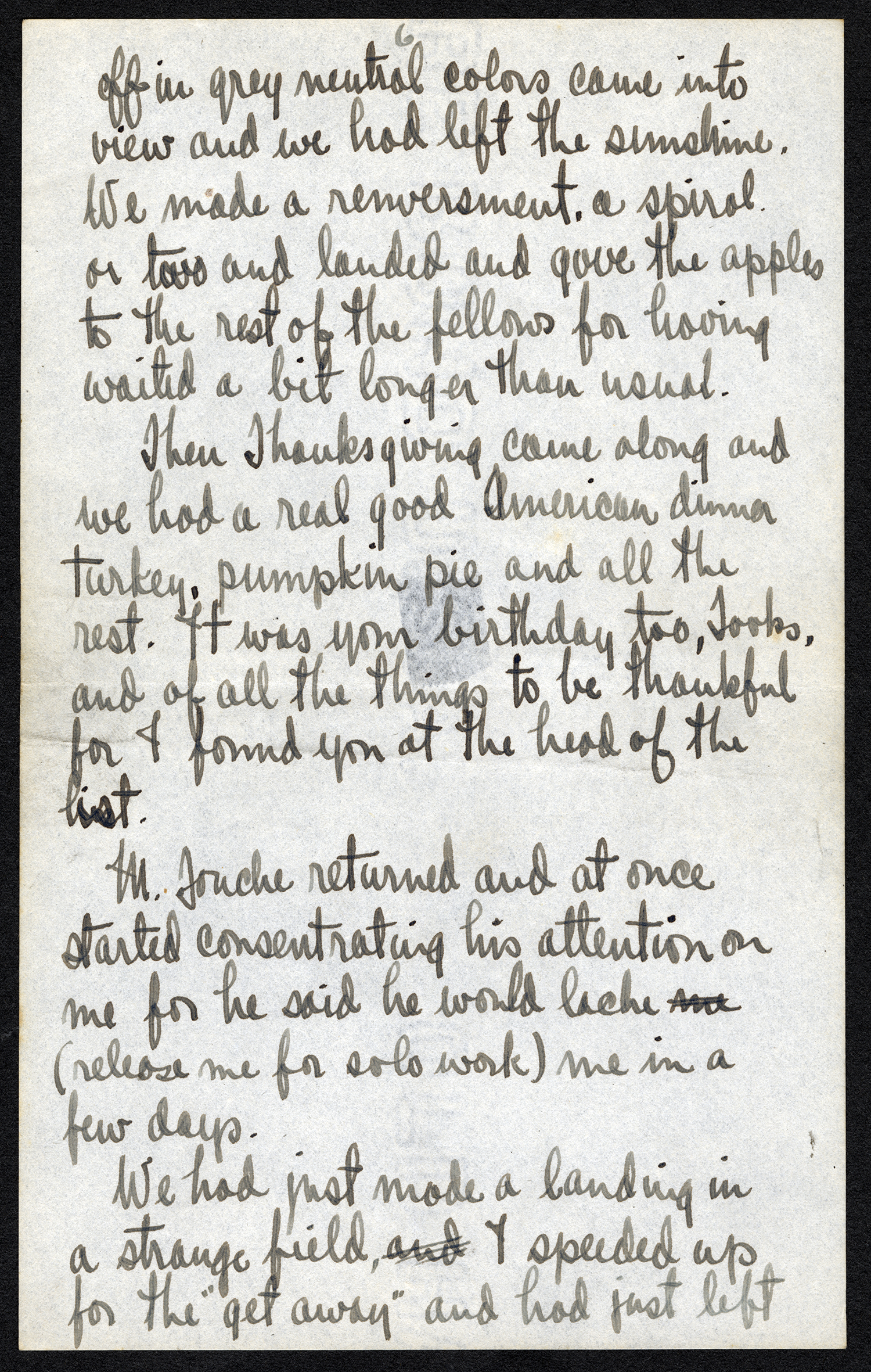 This letter, dated December 22, 1917, was written by Alabamian Penrose Vass Stout while stationed in France to his sister, Rebecca Stout, in Hartsville, South Carolina. In the letter, Stout reports that he had "a real good American dinner" for Thanksgiving ("turkey, pumpkin pie, and all the rest"). He tells his sister "of all the things to be thankful for, I found you at the head of the list."

During World War I Stout was  a pilot, eventually serving as a  lieutenant in the 27th Aero Squadron, First Pursuit  Group. The letter goes on to give detailed descriptions of camp  life, flight training, and the soldiers preparations to celebrate Christmas.