In March of 1918, while serving as a pilot in France, Alabamian Penrose Vass Stout sent Easter greetings to his family at home. A talented artist, Stout included a sketch of an Easter bunny holding a military cap in the card to his mother, Zemmie. The cards he used feature the Y.M.C.A. symbol. A printed message inside notes that the correspondent is "on active service with the American expeditionary force." These cards are now part of the Alabama Archives’ collection 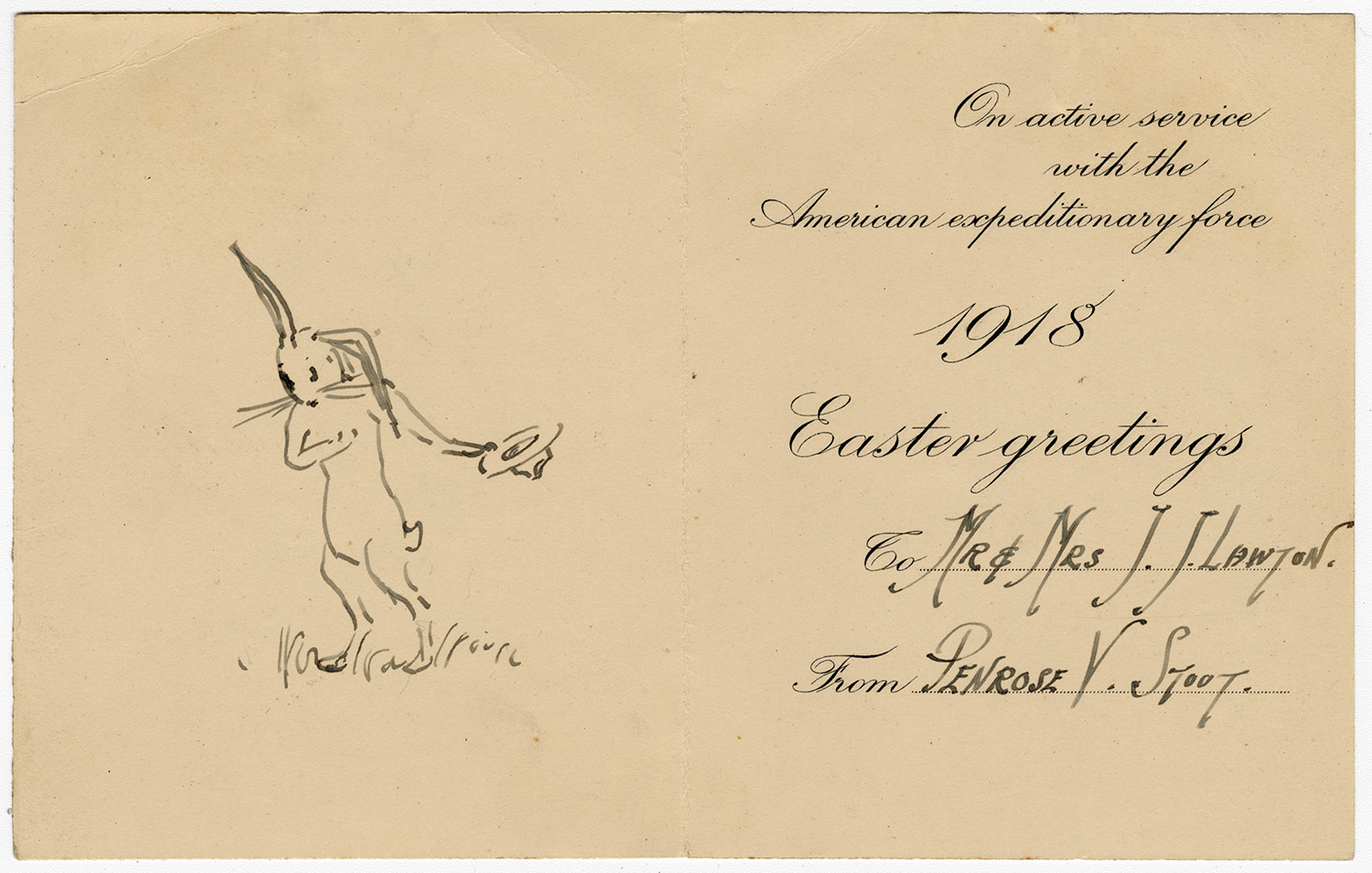 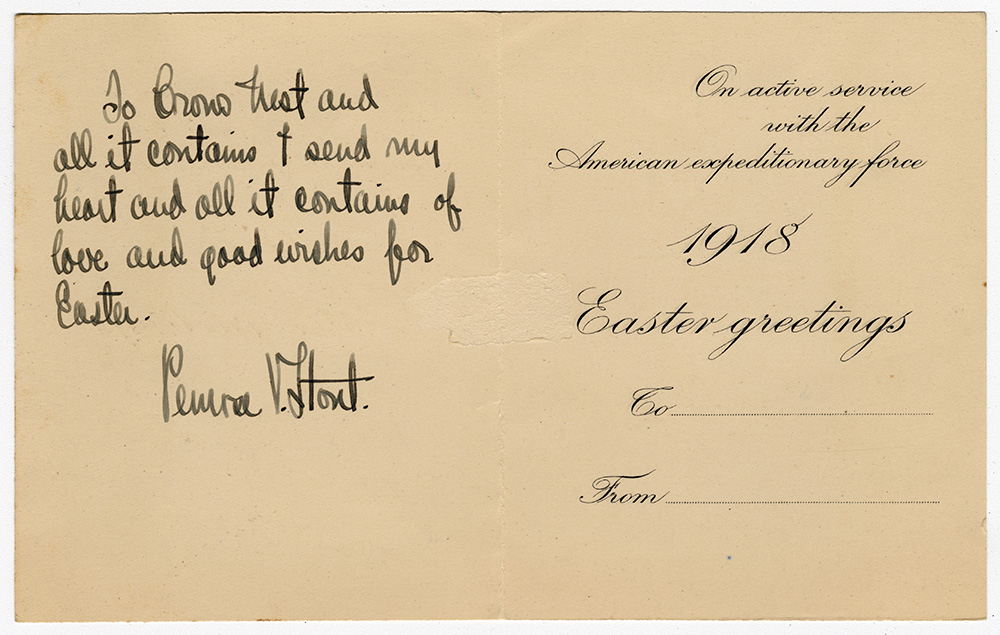 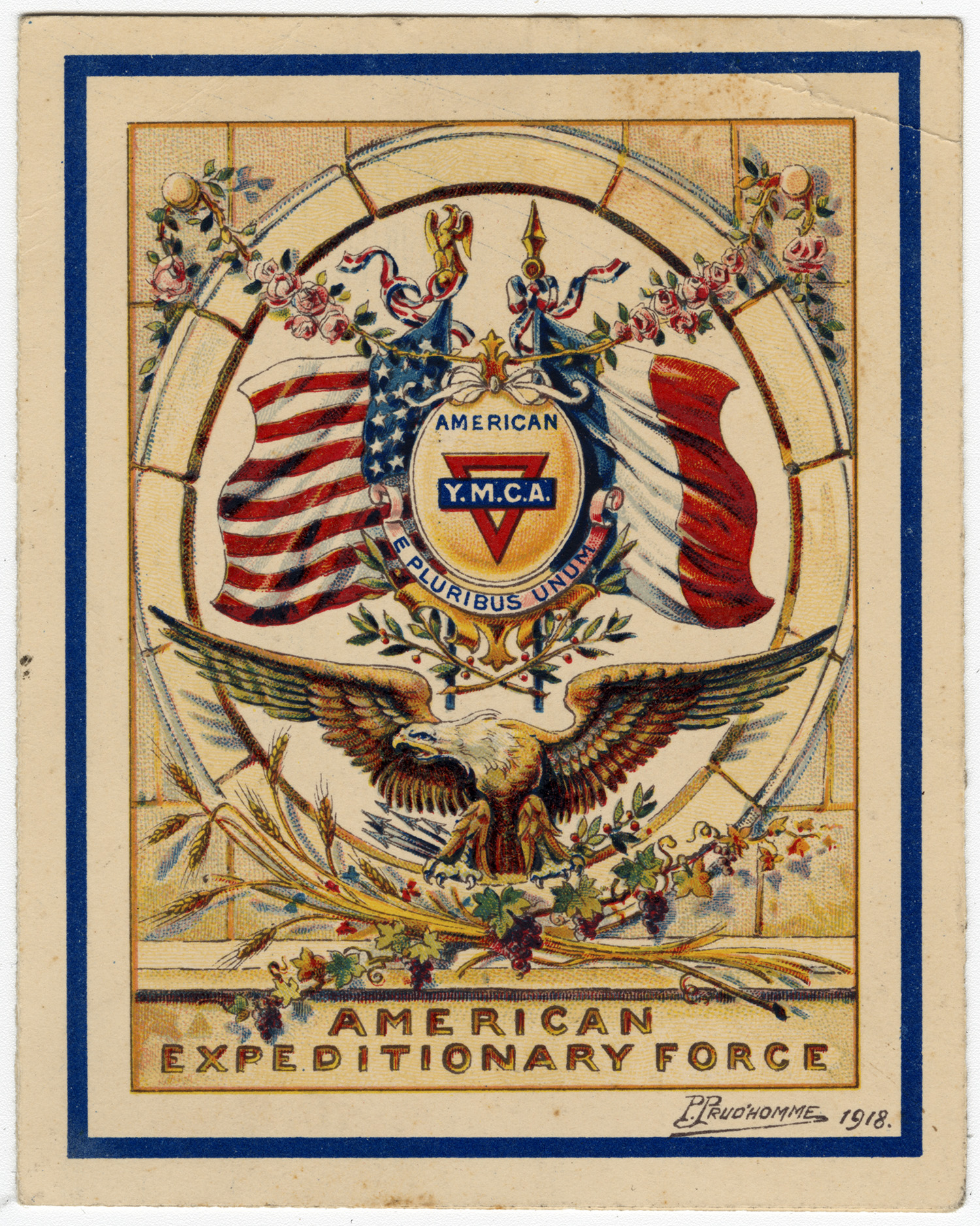 Born in Montgomery in 1887, Stout was a member of the 1st Pursuit Group, 27th Aero Squadron in World War I. Stout was shot down near Charny during the Meuse-Argonne Offensive in September 1918. He received the Distinguished Service Cross for attacking a German artillery installation and battling five enemy pilots.

After the war, Stout returned to practicing architecture in New York and became well known for his designs of country homes, part of the wave of suburbanization north of New York City in the early twentieth century. He died in 1934 at age 47.