A Waltz & A Foxtrot: Dance Cards of World War I

Throughout World War I, dances entertained soldiers and civilians living in Montgomery. Weekly dances were hosted by civic organizations such as the Woodmen of the World, the Knights of Columbus, and the Girl’s Patriotic League. “Patriotic dances” not only allowed organizers to raise money for war relief efforts; they also provided a way for soldiers and local girls to meet.

For young women who lived in Montgomery, such as 20-year-old Helen White, there were countless opportunities to dance the night away. Helen carefully preserved dance cards from two of the events that she attended. These programs are now part of the collection at the Alabama Department of Archives and History. The first dance card, dated April 19, 1918, contains a list of songs played at a farewell dance hosted by the 112th U.S. Engineers. The song dedications were, in turn, sentimental and tongue-in-cheek. Each of the company’s officers was honored with a selection, while the “Montgomery girls” were collectively recognized with the song, “I’m Old Enough for a Little Lovin.’”  With the last waltz, the corps paid a fond farewell to the State of Alabama. Under each song, Helen carefully penned the name of the man with whom she danced. 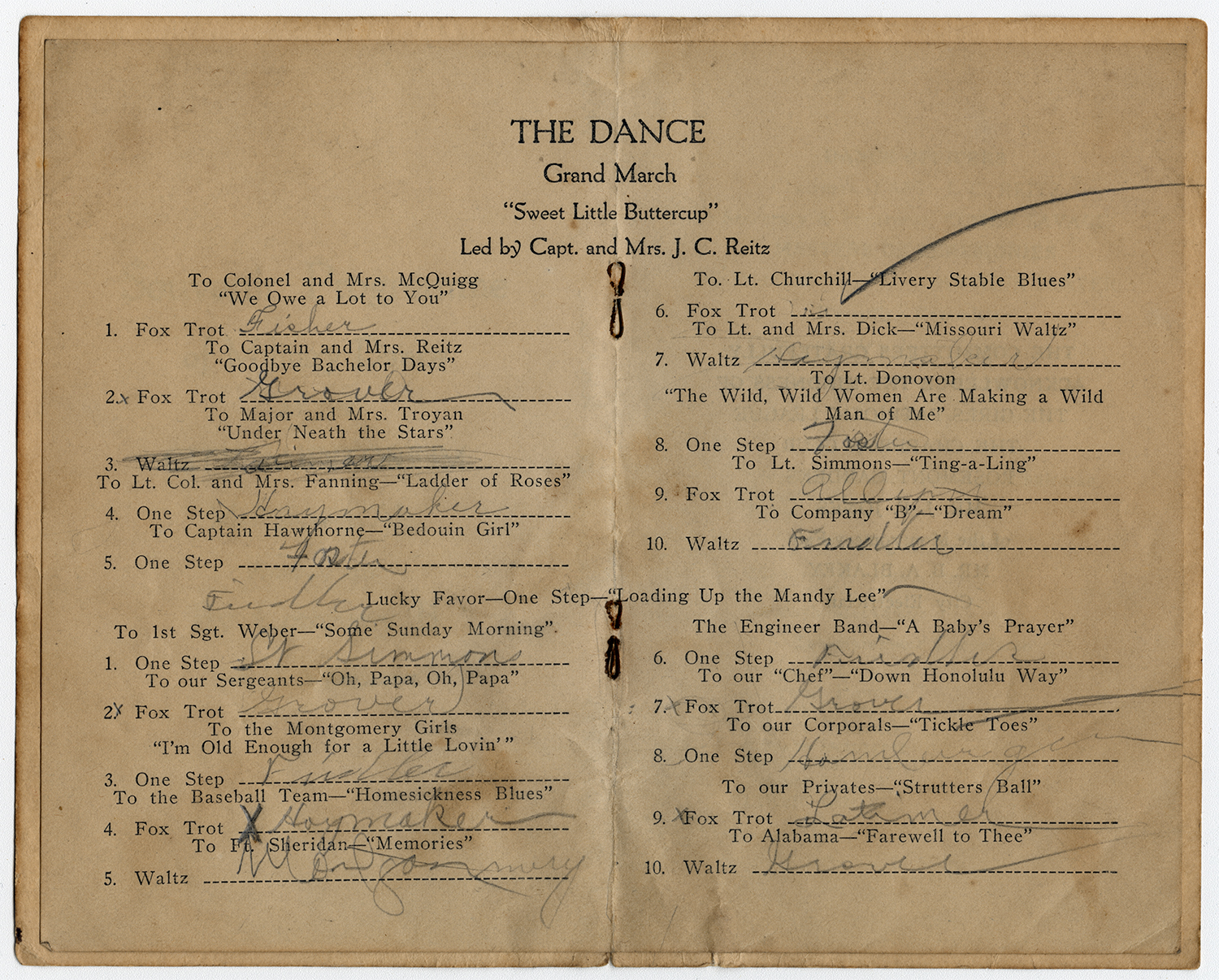 The second dance card, dated March 21, 1919, was from a farewell dance at Montgomery’s City Auditorium, hosted by men stationed at the Aviation Repair Depot. The dance card gives us little information about the event, but newspaper coverage from the Montgomery Times described the event at length. “The entire auditorium was most beautiful in an elaborate decoration of flags and flowers,” the newspaper reported. “It really seemed a veritable flower garden.” Baskets of sweet peas, ferns, and carnations surrounded airplane propellers that were placed on either side of the main stage. The newspaper concluded that the event was “one of the most elaborate” social events of the season. 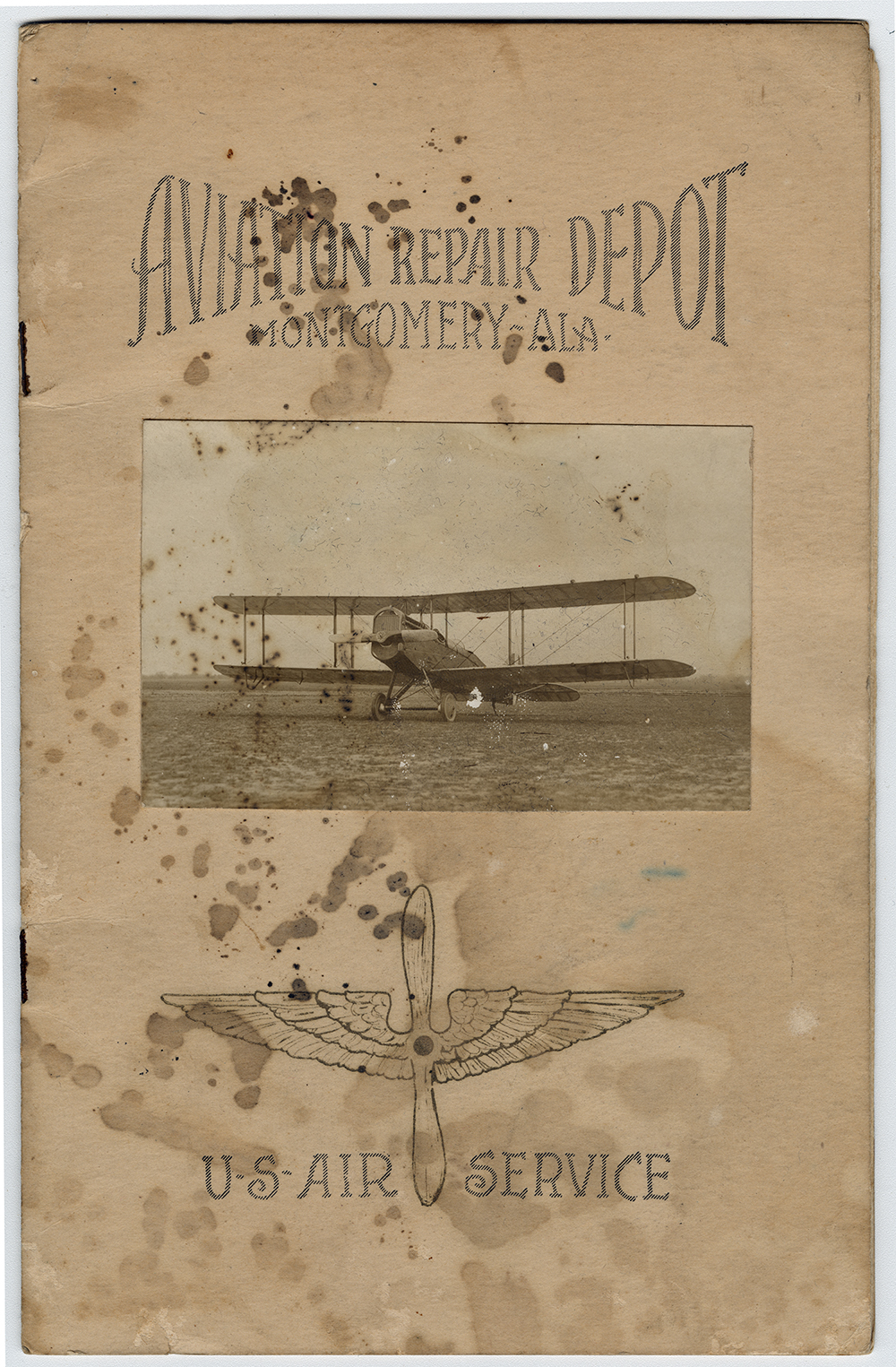 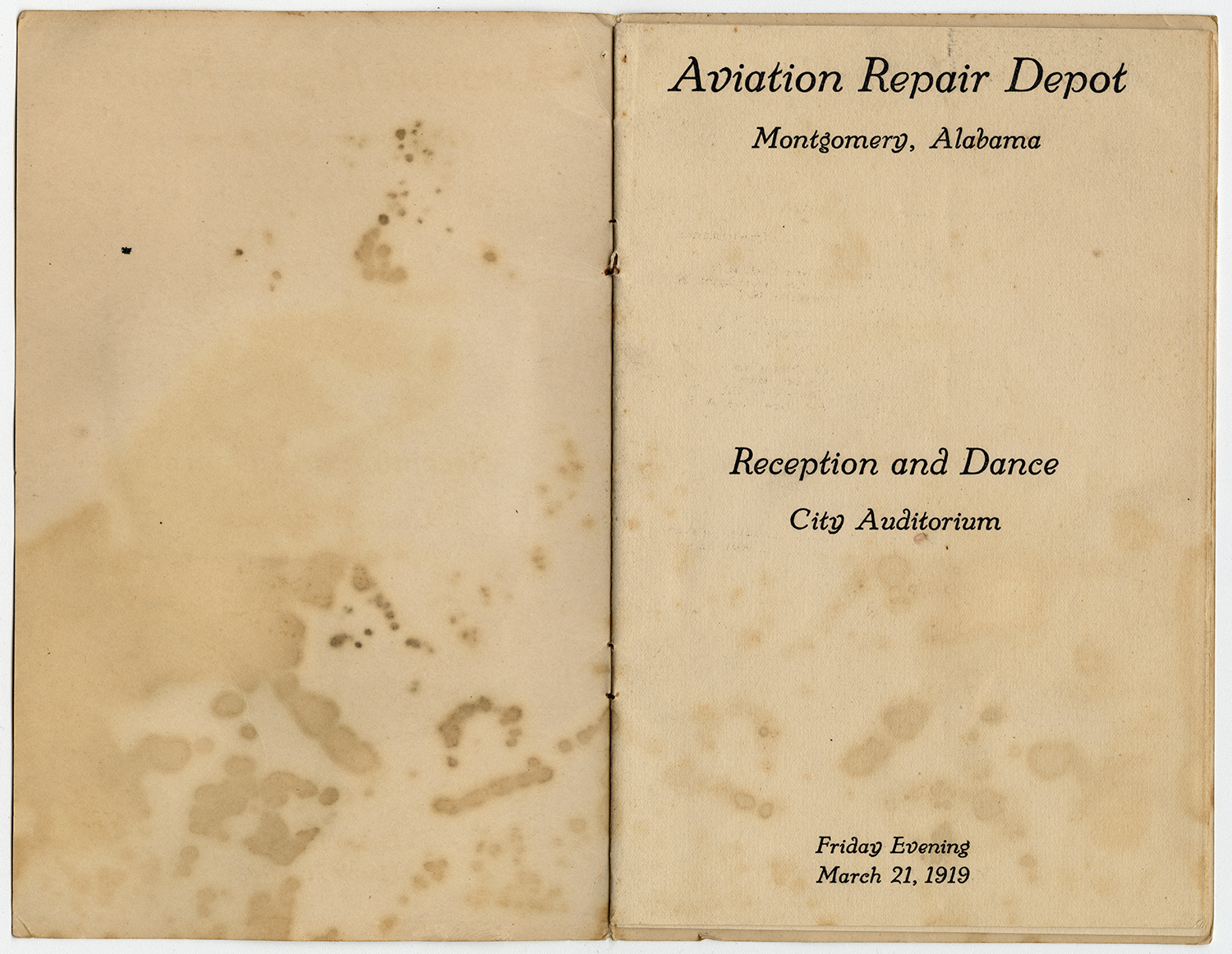