Alabama Sailors Who Vanished Along with the USS Cyclops

When the USS Cyclops (Fuel Ship No. 4) disappeared in March 1918, among the 309 men aboard were at least 12 sailors who called Alabama home. The ship was declared officially lost at sea on June 1, 1918, by Assistant Secretary of the Navy Franklin D. Roosevelt. The announcement followed a massive sea search that had been underway after the collier failed to arrive in Baltimore, Maryland, as expected on March 13. The disappearance of the Cyclops remains the U.S. Navy’s greatest non-combat related loss of life. 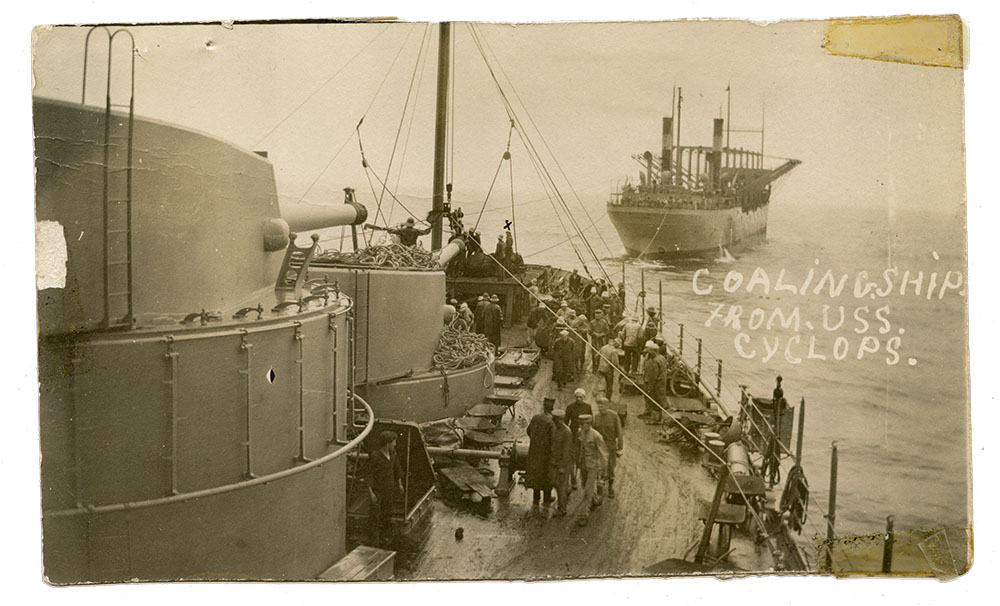 The USS Cyclops, in the background, conducting an experimental coaling at sea with the USS South Carolina off the coast of Virginia in April 1914. (U.S. Naval History and Heritage Command Photograph) 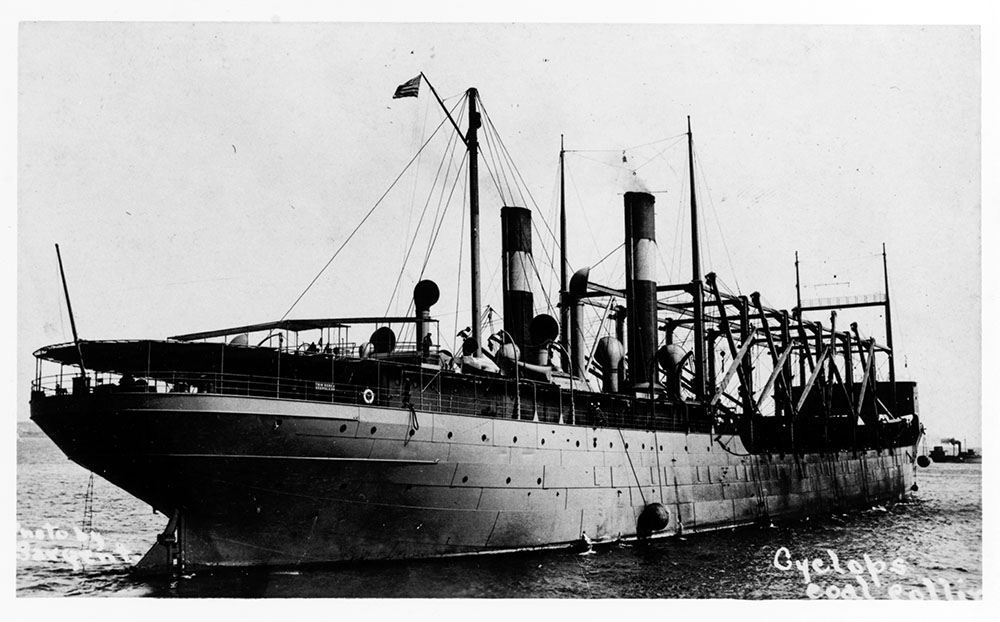 The eight-year-old, 542-foot vessel disappeared without a trace in the Atlantic. There was no distress signal, no debris, nothing. German navy logs, released after the war ended, ruled out its sinking by a submarine. The location of the Cyclop’s wreck is still undiscovered.

Correspondence from the Secretary of the Navy to the Bureau of Medicine and Surgery, dated July 8, 1918, advised that the “official date of death on all the officers who were on board that vessel has been designated as June 14, 1918.”  Included on the list of officers “whose death occurred in the line of duty” was Boatswain Roy T. Smith, a native of Phenix City.

Other Alabama sailors aboard the Cyclops at the time of its disappearance were: 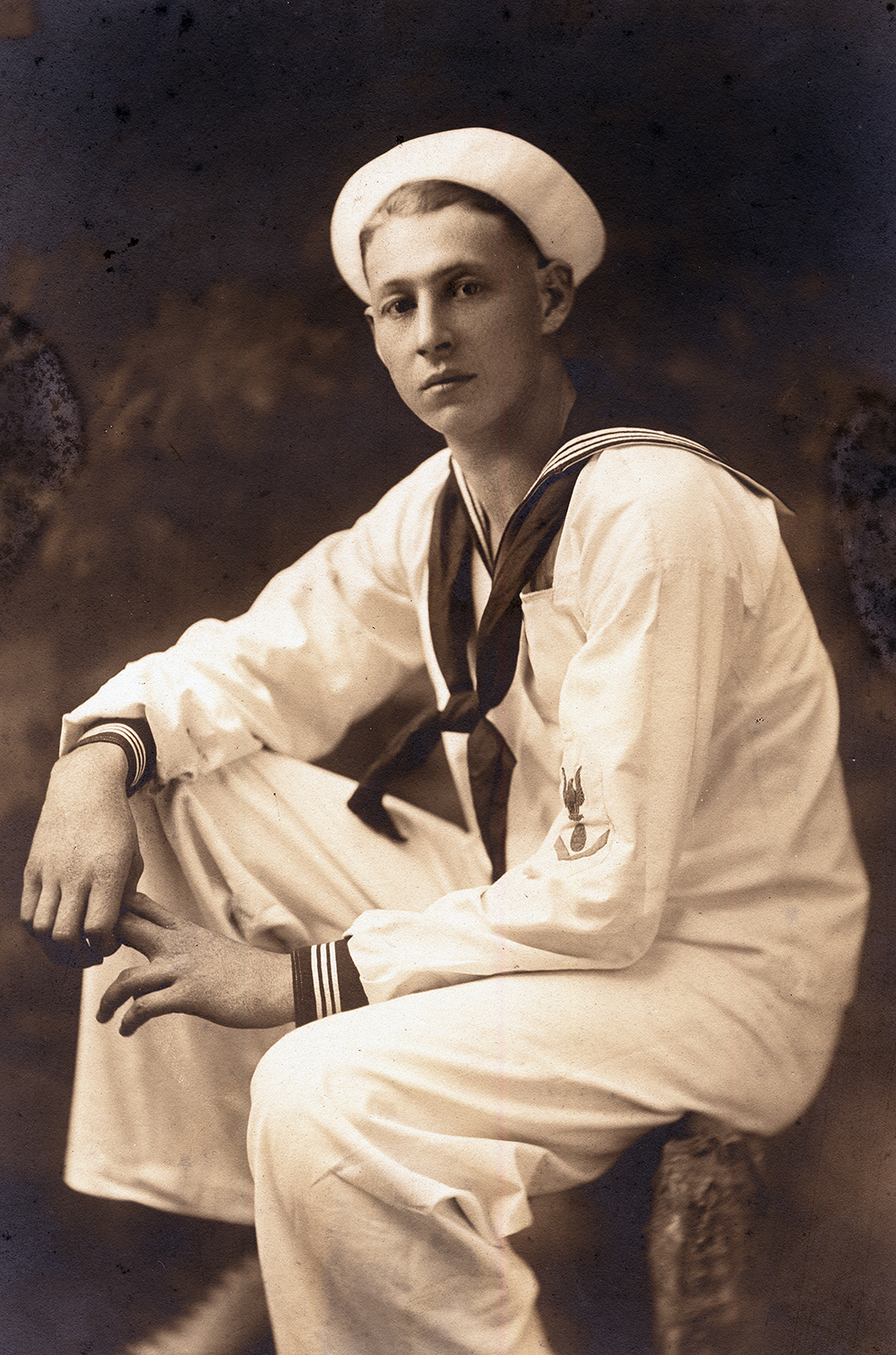 Hamilton Thomas Beggs, born in Birmingham on October 12, 1895, was the son of John Phillip and Amy Etter Beggs. He joined the Navy in 1912 and served on the USS Michigan for four years, where he learned “the occupation of electrician.” His paternal grandfather settled in Birmingham in 1871 and built and operated one of the first foundries in the city. (Image: Alabama Department of Archives and History) 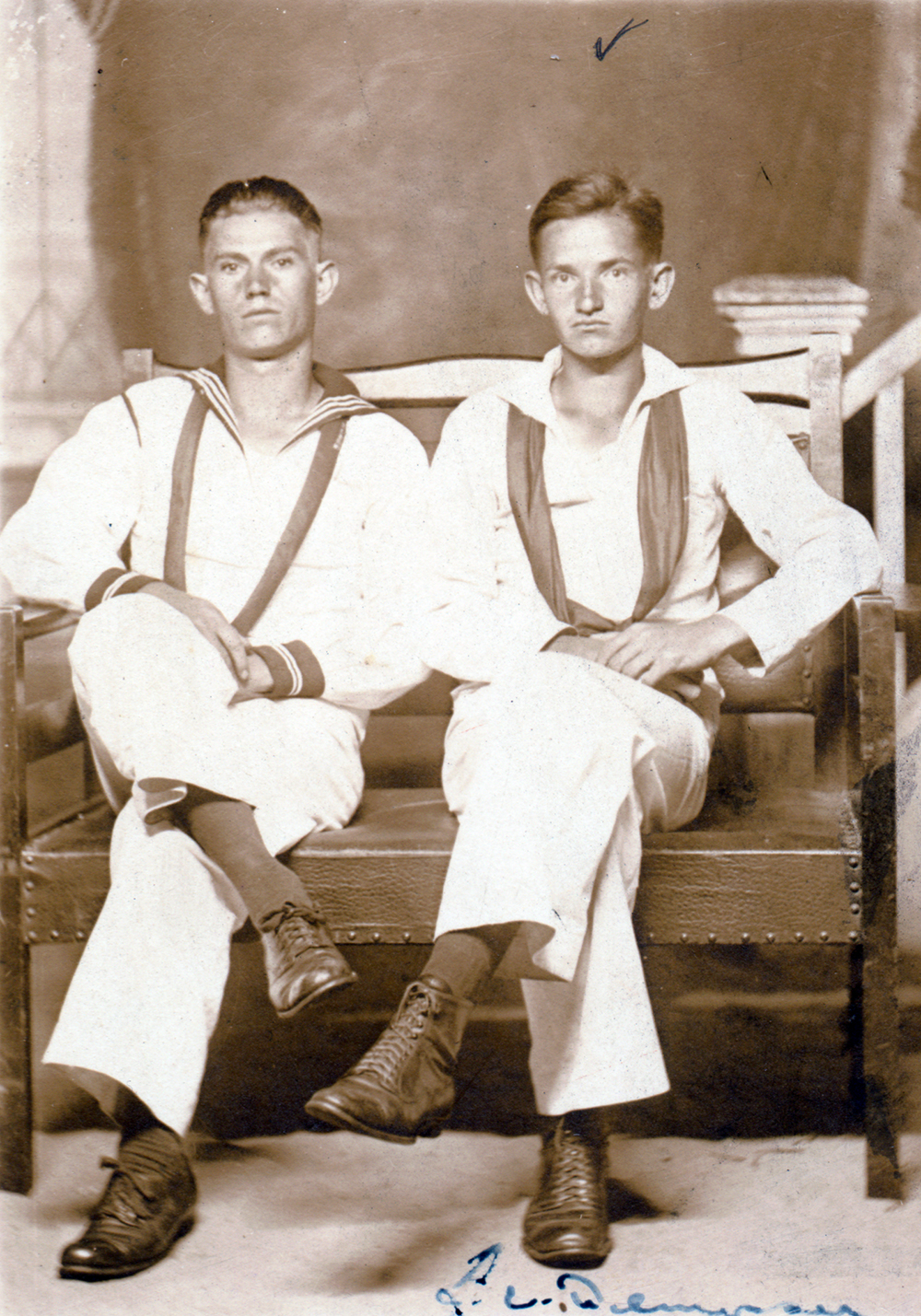 John Clarence Demspey (on right), born on October 18, 1900, in Montgomery, was the son of Charles Clarence and Annie Trott Dempsey. He enlisted in the U.S. Navy on April 8, 1917. His uncle, Frank Trott, served in the Spanish-American War and died in Cuba. (Image: Alabama Department of Archives and History) 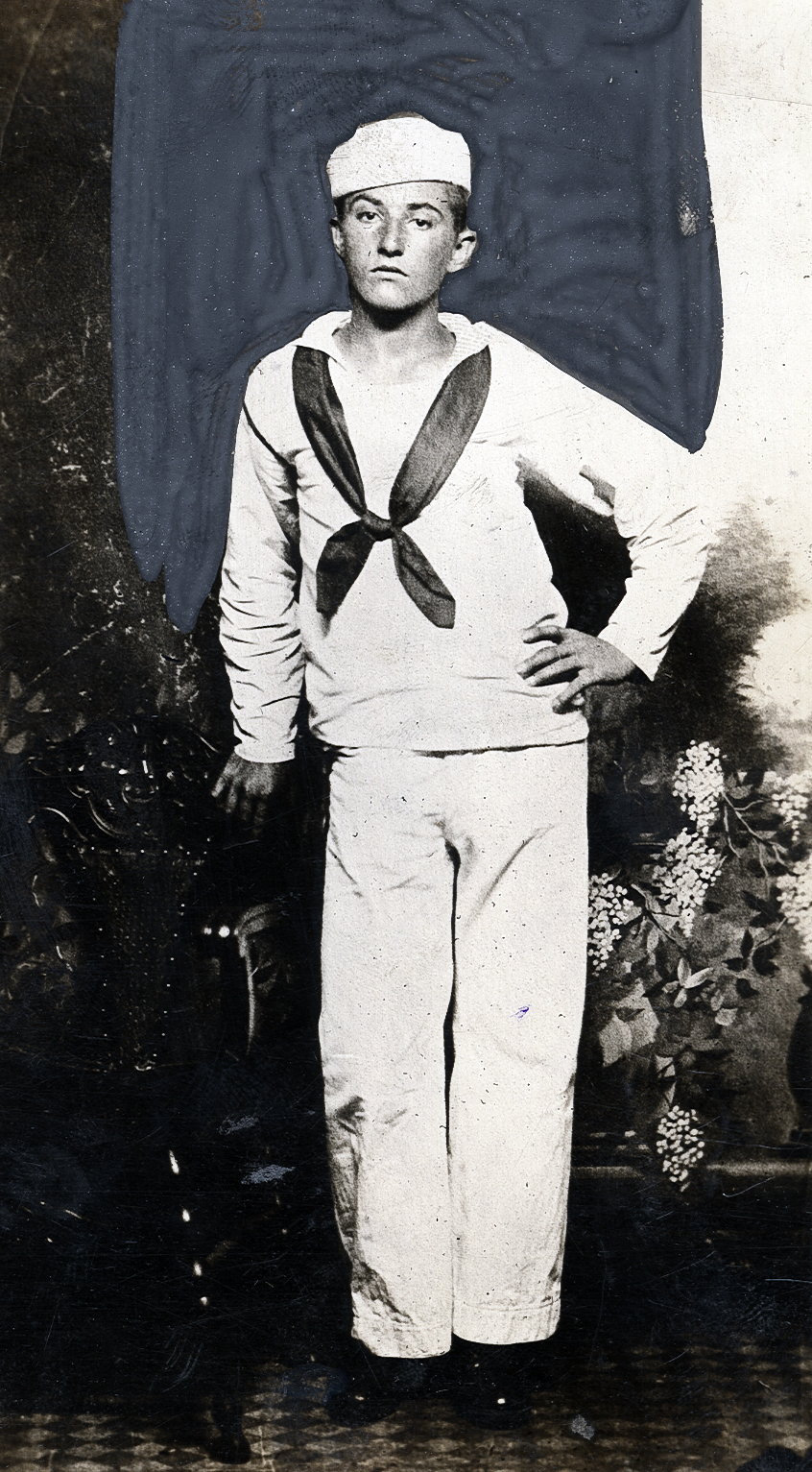 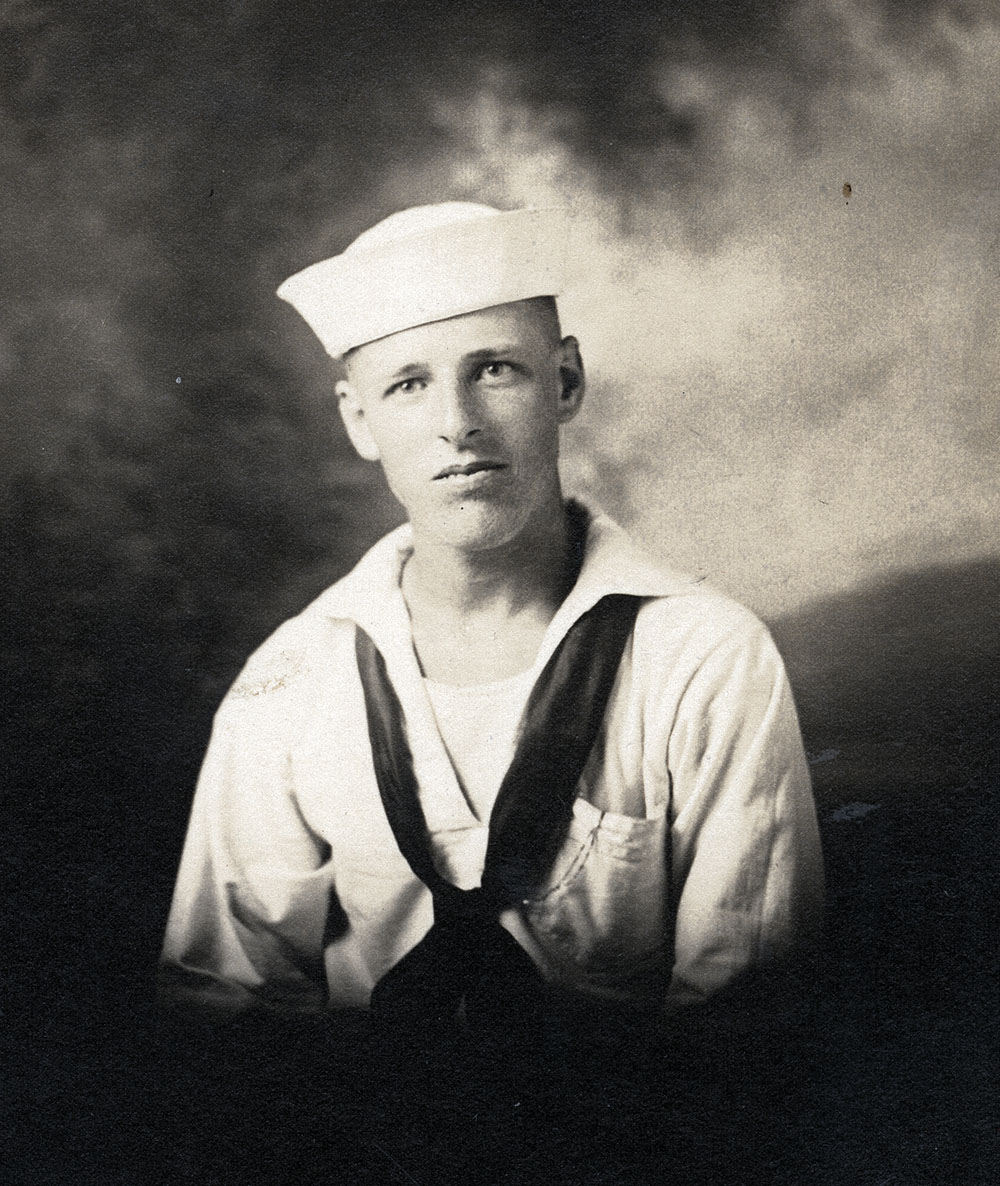