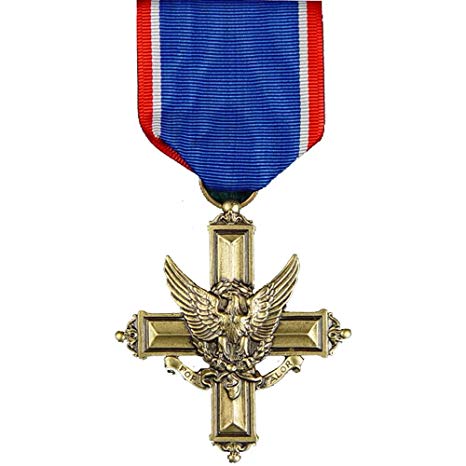 Sergeant First Class William Penn Adair (Cherokee) received the Distinguished Service Cross “for extraordinary heroism in action near Montfaucon, France, October 24, 1918. After being severely gassed, he stayed at his post and ran his telephone lines through a terrific artillery barrage. He remained on duty, though he was blinded and could hardly talk, until his organization was relieved.”

Private Calvin Atchavit (Comanche) was awarded the Distinguished Service Cross for his actions on September 12, 1918, at the Battle of St. Mihiel. He also received a Purple Heart and a Belgian Croix de Guerre. His citation read, “The President of the United States of America, authorized by Act of Congress, July 9, 1918, takes pleasure in presenting the Distinguished Service Cross to Private Calvin Atchavit, United States Army for extraordinary Heroism in action while serving with Company A, 357th Infantry Regiment, 90th Division, A.E.F. near Fey-en-Haye, France, 12 September 1918. During the attack of his company, though he had been severely wounded in his left arm, Private Atchavit shot and killed one of the enemy and captured another. General Orders 87 (1919): War Department.”

Private First Class Amado Garcia (Acoma Pueblo) of the 28th Division, 110th Infantry, Company K, received the Distinguished Service Cross “for extraordinary heroism in action near Fismes, France, August 26, 1918. With two other soldiers, Pvt. Garcia crawled 300 yards in front of our lines, through the enemy’s wire, and attacked a hostile machine-gun nest. The enemy crew opened fire on them at a range of only 10 yards and resisted stubbornly, but they succeeded in killing three of the crew and driving off the others with clubbed rifles. They returned to our lines under heavy fire.”

Sergeant Joseph P. LaJeunesse (White Earth Chippewa) of the 5th Division, 60th Infantry, Company D received the Distinguished Service Cross “for extraordinary heroism in action near Cunel, France, October 14, 1918. He retained the command of his platoon after he had received a severe gunshot wound in the leg, maintained the organization of his platoon under heavy fire, and directed it in the overcoming of several machine-gun positions. He consolidated his position on the line held by the company and remained on post 36 hours until ordered evacuated on account of his wound.”

Private First Class Leo F. McGuire (Osage) was the first American to receive the Distinguished Service Cross on August 9, 1918. He served with Section 647 of the Ambulance Service. His citation reads: “He was on duty as driver of an ambulance at an advanced post on April 19, 1918. During April 19 and 20, he made several trips to and from a dressing station reached by an exposed road in daylight for the purpose of bringing back wounded. On one of these trips, the ambulance was blown from the road by the explosion of a shell, and he was knocked unconscious by the shock. On recovering consciousness, he returned on foot. Although suffering from an injury in the back and not yet recovered from the shock, he wished to return to duty the afternoon of the dame day, but was not permitted to do so by the medical officers until the afternoon of the following day.”

First Lieutenant Josiah A. Powless (Oneida) with the 77th Division, 308th Infantry Medical Detachment received the Distinguished Service Cross “for extraordinary heroism in action near Chevieres, France, October 14, 1918. When notified that his colleague, Capt. James M. McKibben, had been wounded, Lieut. Powless immediately went forward to his assistance. He crossed an area subjected to intense machine-gun and constant artillery fire, reached his colleague, whose wound proved to be fatal, and after dressing his wounds had him carried to the rear. Lieut. Powless was seriously wounded while performing this service.” He died of his wounds received in action on November 6, 1918.

Corporal Thomas D. Saunders (Northern Cheyenne) of the 2nd Division, 2nd Engineers, Company A received the Distinguished Service Cross “for extraordinary heroism in action at Jaulny, France, September 12, 1918. He and another soldier, who were acting as wire cutters with the first line of infantry, fought their way forward in advance of their units and were the first men to enter Jaulny while it was swept by machine-gun fire, infested with snipers, and still occupied by rear-guard detachments of the enemy. After capturing 8 Germans in a dugout they searched the caves in the town and took 55 additional prisoners.”

Corporal Walter G. Sevalier (Bad River Band of Lake Superior Chippewa) of the 7th Engineers, Company F received a Distinguished Service Cross “for extraordinary heroism in action near Brieulles, France, November 3, 1918. He swam the Meuse River with a cable for a pontoon bridge under direct machine-gun fire. Later he carried a cable for another bridge over the Est Canal across an open field covered by enemy machine guns. Here he was wounded by a machine-gun bullet, but returned carrying a message of great importance.” He was named one of the U.S. 100 most heroic soldiers of World War I by General Pershing for his actions. He is buried at Arlington National Cemetery.

Private First Class Lawrence A. Vizenor (White Earth Chippewa) of the 33rd Division, 132nd Infantry, Company I received the Distinguished Service Cross “for extraordinary heroism in action in the Bois-du-Fays, France, October 8, 1918. Pvt. Vizenor was a member of a reconnaissance patrol which encountered such intense fire from an enemy machine-gun nest that part of the patrol was driven back. Despite the heavy fire, he and another soldier, with an officer, continued forward and secured the information for which they were sent. The officer was mortally wounded, but Pvt. Vizenor and his comrade silenced the machine-gun nest by effective rifle fire, carried the wounded officer to the rear, and reported their valuable information concerning the enemy’s position.”