Just like innovations in radio and phonographs, experimentation was the first step in creating an independent American musical identity. America may have wrestled itself away from European political influences since the early 19th century and created a country worthy a rival to leading countries across the Atlantic, but America’s musical tradition was both behind in production by European standards and dominated by German repertoire. America’s entry into the war in April 1917 and the rising anti-German fever prompted America’s academic community to reassess the role of art and music in society. In January 1915, Oscar Sonneck, a German educated and head librarian of the Library of 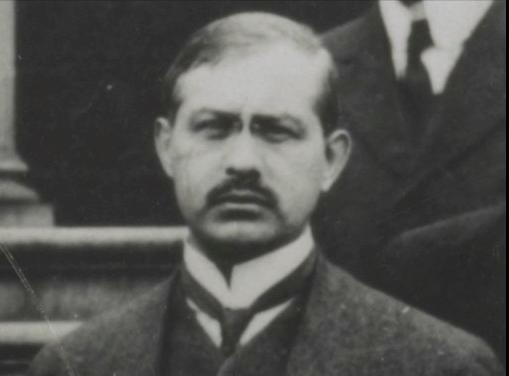 Oscar Sonneck Congress’ music division launched America’s first music journal, Musical Quarterly. The first volume included essays about America’s future in musicology. “Classical” music in 1915 America may have looked so dim that Waldo S. Pratt concluded in his essay “On Behalf of Musicology” that American music was at its fledgling state and it would take several decades before America could compete with European counterparts.1 The following year, Musical Courier, a new music journal appeared on the shelves. Recognizing America’s search for her musical identity, the French 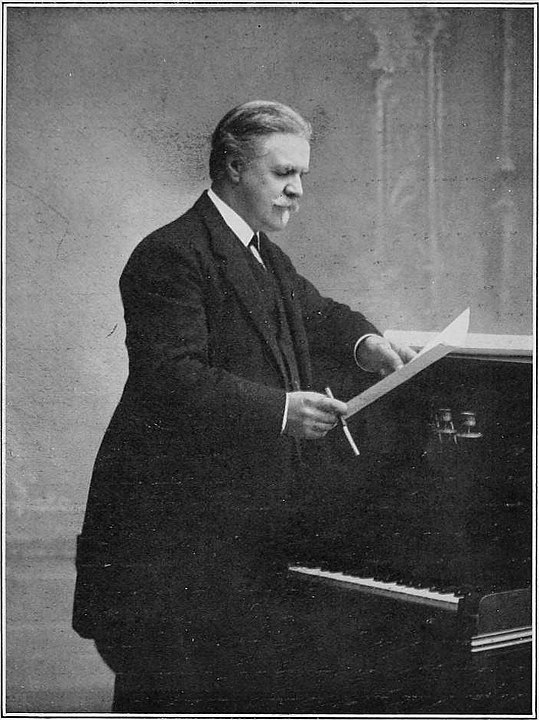 Vincent d'Indy in 1913composer Vincent d’Indy responded in an open letter interview with the Musical Courier in 1916 that America ought “to Free itself from German Musical Domination.” He further elaborated that it was “disastrous for the United States to submit…to the musical tutelage and dominations of the Germans.” D’Indy boldly concluded “above all, let America provide her own orchestra players and singers so as to be able to send back to their homes all the Germans who encumber the American orchestras and all the exotic singers who proclaim bad traditions…Let America cause to be studied in the universities and conservatories (according to the French technical systems, which I believe to be the best) all music and works of beauty.”2 In 1918, Walter Spalding published his essay, “The War in its Relation to American Music,” in which he argued that while American music was still in its “infancy,” he notes that America should be “resolved that she would rely as little as possible on those who are paid to come and make music for her” and utilize America’s unique diversity. However, he cautions that: 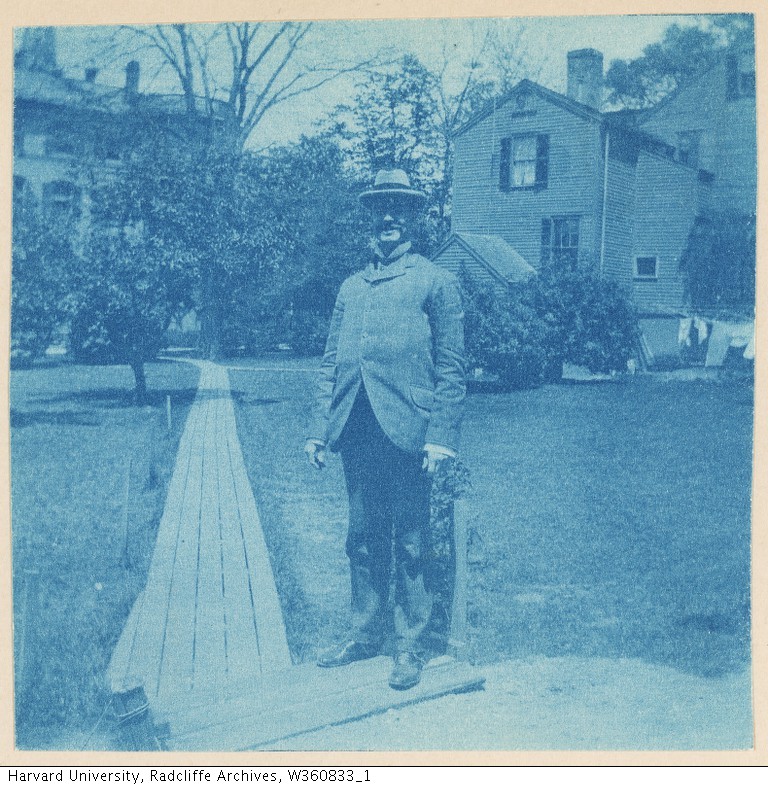 It is quite easy to eulogize American music, and to insist upon the existence of a national American idiom, but if any comparative estimate is desired between our music and that of the Italians, the French, the Germans and the Russians, we have only to listen to a representative composition of the European nations to be aware of greater warmth and vitality of imagination than are to be found in any work which has come from America.3 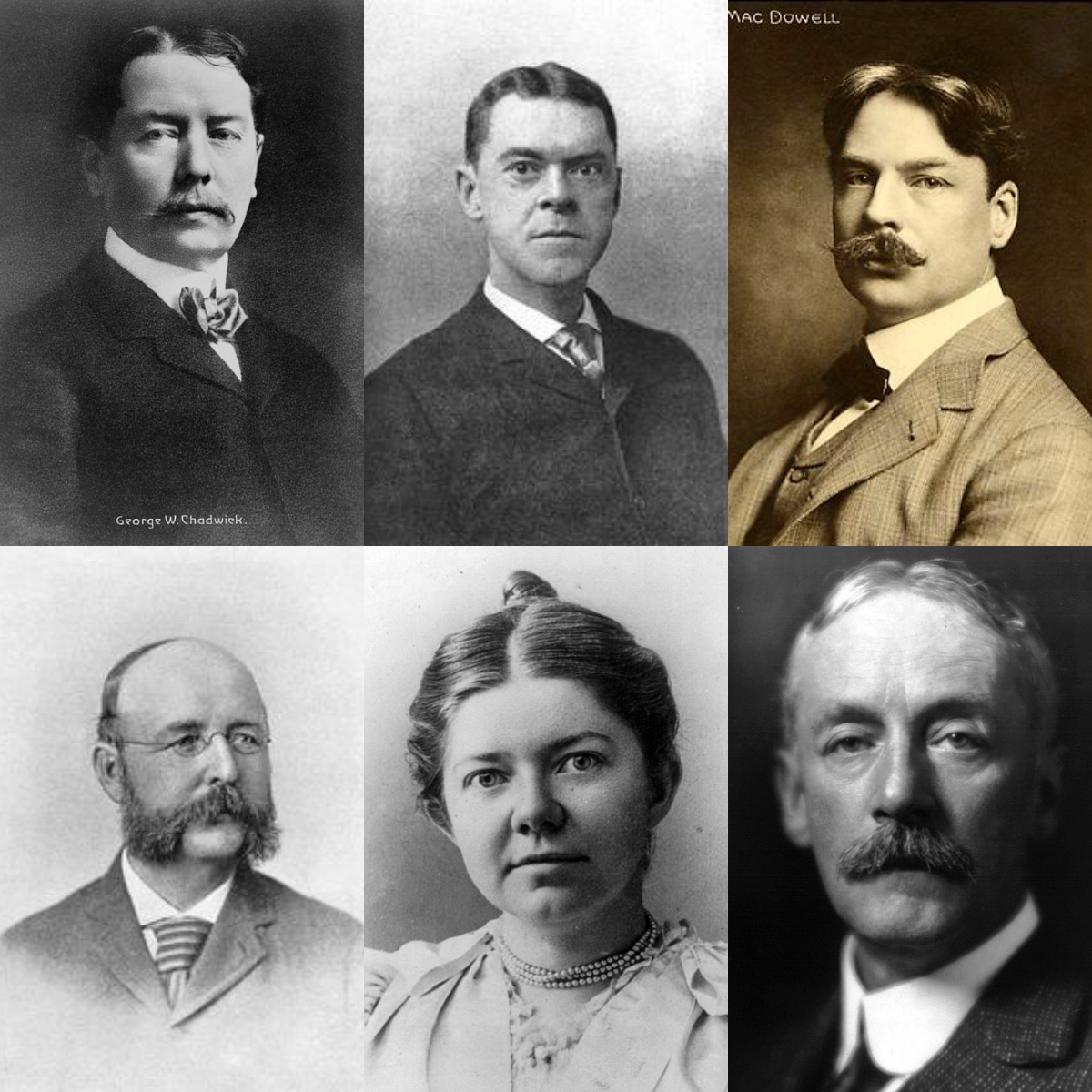 Boston SixSpalding is referencing to America’s limited amount of repertoire and concludes “America has not yet produced an original composer who could win a place higher than the third rank.”4
Few composers were already experimenting with ideas on creating unique American music before society realized the need for America to search for its musical identity. These few composers were called the “Second New England School” or “Boston Six” and the group proved to be a crucial factor during the debate later on about what made American music stand apart from its European ancestor. The “Boston Six” included John Knowles Paine (1839–1906), Arthur Foote (1853–1937), George Chadwick (1854–1931), Amy Beach (1867–1944), Edward MacDowell (1861–1908), and Horatio Parker (1863–1919).5 All six either studied in Germany or with German musicians. These composers then taught the German Romantic tradition to their students who were active as composers themselves once World War I arrived. With calls to create a unique American style of music and turn away from the German tradition, the new composers sought to find inspiration. They would ultimately find it both at home and the Western Front: American folk songs and the French avant-garde.

1. Pratt, Waldo “On Behalf of Musicology.” The Musical Quarterly, Volume I, Issue 1, January 1915, pp. 1–16
2. Vincent d’Indy, “D’Indy Calls on America to Free Itself from German Musical Domination,” Musical Courier, April 1916; It is interesting to note that d’Indy’s bias against German music is Janus-faced when considering the fact that in his attempt to widen his music education, he toured Germany in 1873 to attend Liszt’s masterclasses in Weimar, attended concerts and operas in Dresden, Vienna, and Munich, and even attended the 1876 premiere of Wagner’s Ring in Bayreuth. It is reported that he was emotionally overwhelmed by the production for Die Walküre and Götterdammerung. Orledge, Robert, and Andrew Thomson. 2001 "Indy, (Paul Marie Théodore) Vincent d’." Grove Music Online. Accessed 29 Jul. 2019.
3. Walter Spalding, “The War in its Relation to American Music,” The Musical Quarterly 4, no. 1 (1918): 1–11.
4. Ibid.
5. Hsu, p.i