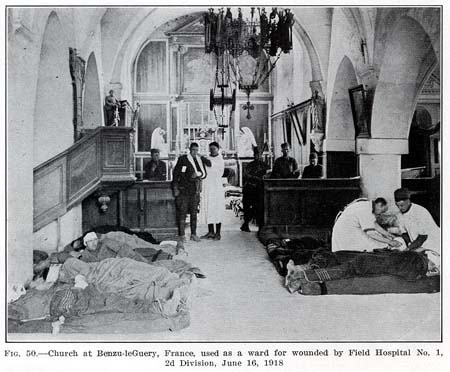 When United States Congress declared war in April 1917, the United States had a standing army of only 200,00 men. To fight against a seasoned enemy in the war-torn trenches and forests of Europe, more than 300,000 Americans volunteered and nearly 2.7 million were drafted. The new head of the American Expeditionary Force [AEF] General John J. Pershing required a well-trained, well-equipped force to meet the foe. By spring 1918, the U.S. Army had stationed nearly one million men in France. Each day, 10,000 more arrived. With them came an Army medical corps to care for them.

With only 403 nurses in the Army Nurse Corps [ANC] when the war began, the Surgeon General called for volunteers. Women in hospitals and private duty as well as many in training responded. Those already staffing hospitals could join the ANC through the Army’s newly established base hospital system and through the American Red Cross.

Beginning in 1917 through the end of the war a year and a half later, more than 22,400 American women left their homes and their families to join the Army Nurse Corps. Most had never traveled beyond their hometown. Few had ever visited a foreign land. More than 10,000 sailed from American ports amid blackouts through U-boat-infested waters. They slept in hammocks, trudged through knee-deep mud, lived in wooden barracks—and sometimes even washed their hair in their own helmets. Enduring rain and snow, disease and danger from bombardment, they nursed more than 320,000 American soldiers sick and wounded.

They worked in base hospital wards approximately 50 miles behind the front lines. Some worked in field hospitals closer to those in combat. Others worked in tents and bombed-out churches, their patients brought in on rickety ambulances and laid down on beds of hay. In mobile surgical units a mile or two from the advancing soldiers, they worked in teams with doctors to provide emergency treatment to critically wounded Doughboys. They treated soldiers with gunshot and shrapnel wounds, gangrene and septicemia, poison gas burns, infections like trench foot, exposure and “shell shock” that we now term PTSD.

For this service, these women held no rank. They received half what an Army private was paid. But like their male comrades in arms, they had volunteered for the duration of the conflict, however long that would last.

At the start of American involvement, they worked twelve-hour shifts. By the war’s end as the fighting grew more intense and casualties multiplied, they often labored round the clock. Many suffered from exhaustion. Some fell ill themselves. Many died of pneumonia, ear infections, dreaded Spanish influenza and more. A few died in automobile accidents and air raids. None died of combat related injuries.

Most returned home and were discharged from the ANC. Many resumed their work in civilian posts. Twenty-seven nurses received United States service medals for their bravery and dedication. Dozens more received medals from Great Britain, France, Belgium and other allies.

More than 200 nurses gave the ultimate sacrifice. Many remain in repose in foreign soil next to the men they fought to save. Beneath the same white marble crosses as their male comrades in our American cemeteries, they rest at peace beneath the lovely Linden trees.

Here we will recount their challenges, their exploits and their triumphs.  These are their remarkable stories, heroic in an age when women were not expected to shoulder national burdens. Do marvel at their courage to travel so far and endure so much to salve the wounds of war, heal the sick and comfort the dying. Do applaud these women who, like others afterward, declared that war’s horrors must end—and that this conflict, this Great War, should be "the war to end all wars."

About the Curator of this Section 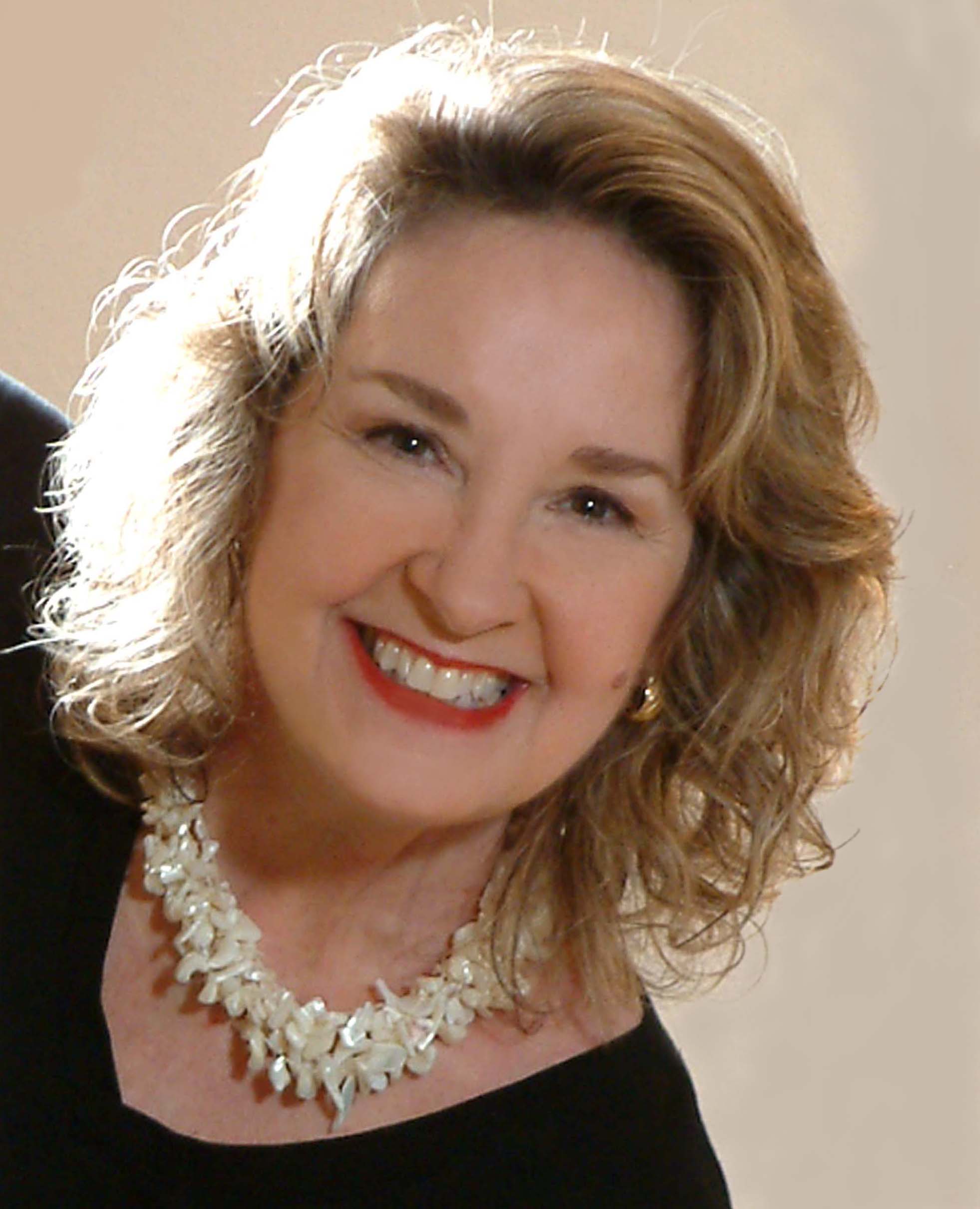 This Army Nurse Corps site is curated by Jo-Ann Power. An author of more than 60 novels, dozens of newspaper and magazine articles plus non-fiction, Jo-Ann has won awards and acclaim during her decades’ old writing career.

During the 1980s, she became interested in the thousands of women who volunteered to join the Army Nurse Corps. Few Americans had ever heard of them, but Jo-Ann found many primary resources at the National Archives in Washington, D.C. and at Carlisle Barracks in Pennsylvania. Believing these brave women deserved wider recognition, Jo-Ann spent weeks examining boxes crammed with unannotated  photographs, tattered letters and old microfilms of newspaper articles. Published in fiction already, she wrote a proposal for a novel about a group of nurses abroad in France, but editors in New York declared “no one wants to read about World War One.” But the centennial of the war drew near.

Keeping her records, Jo-Ann continued to research the topic for decades. And as the date for the European World War One Centennial approached, she resumed her quest and traveled to French museums, landmarks and battlefields. When the American WWI Centennial Commission was organized in 2013, Jo-Ann and her husband Steve were among the first to volunteer their time and expertise. Jo-Ann rewrote her novel, using all her recent research. She was delighted when her new version of her novel HEROIC MEASURES was published in October 2013 and made available in print and digital formats world-wide.

For more information, pictures and details about the Army Nurse Corps, American experience in World War One and Jo-Ann's research trips in the States and to France, read Jo-Ann's blog, They Also Fought.

This art is the work of designer Dar Albert, Wicked Smart Designs. This logo features two items: the caduceus pin that members of the Army Nurse Corps wore on their uniforms (1917-1919) and an original photograph of nurses and a few doctors in an Operating Room of hospital complex, Mars Hospital Center, Mars-sur-Allier Center, Nievres, France.

My thanks to the team at Army Medical Museum of Fort Sam Houston for the reproduction of the caduceus. The photograph can be found at History, Army Medical, Military

We welcome you to participate in the development of this section of the site. If you have any information about a member of the Corps, including pictures, film clips, letters, enlistment cards, diaries, clothing, newspaper articles or other, please email the particulars to Jo-Ann Power at joannpower2@gmail.com.