With jazz bassist and recording engineer Ben Kramer, and writer/musician Roel Vertov, I helped compose "Sleeping in the Trenches"  as part of Love Songs to the Bombers Flying Overhead, an upcoming album inspired by the experience of war from Roel Vertov and the Retro Legion, an international group of musicians and artists. Flugelhorn, cello, accordion, euphonium, electric and acoustic guitars, glass jars, taiko drums, pedal steel guitar, concertina, mandolin, tuba, trombone, percussion and drums, drone, tenor sax, flutes, serpent, piano, tank drum, djembe, vocals, and, yes, typewriters are among the instruments the group uses to create unique, dynamic blends of sound and voice. "Sleeping in the Trenches" calls upon the flugelhorn, upright bass, baritone, string arrangements, and vocals to create a soundscape/landscape for enriching the conversations on the WWrite Blog. Roel Vertov is also an avid ambient sound recordist, and so he recorded and layered in several versions of rain to help create the soundscape to this piece. I sang the vocals, along with Skip Buhler and Major Jackson. I recommend listening to it before, during, and after reading posts as its significance may amplify an understanding of not only WWI, but of all wars. Even I,  a veteran of Bosnia and Herzegovina and Iraq, hear war resonate in new ways each time I listen and perform it. 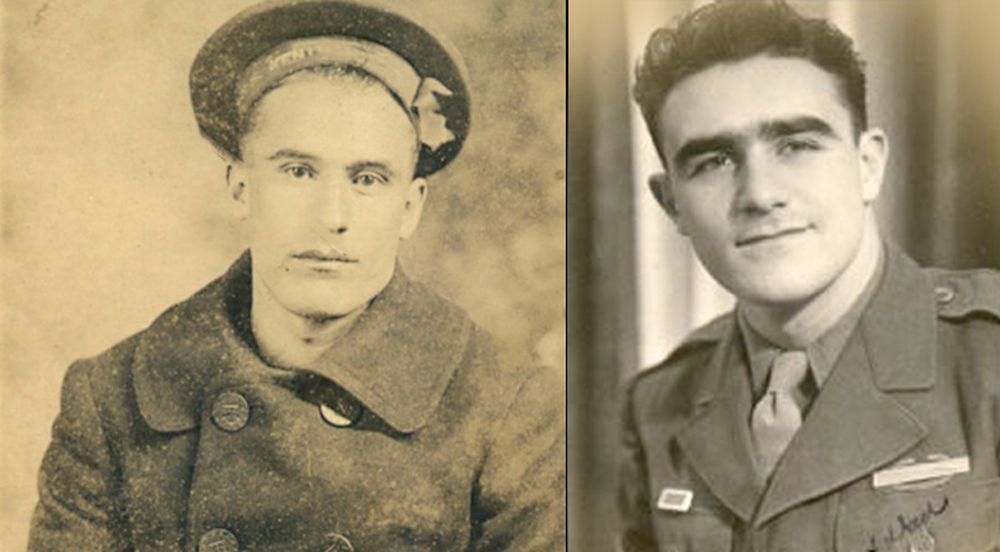 Allan Howerton, WW2 veteran, retired federal civil servant, and author, traces post-war politics and the evolution of his own memories beginning with his father's experience as a seaman in WWI:

My father was a fireman on a destroyer protecting Atlantic convoys during WW I. His stories, when I was six or seven years old, were about tensions -- even fights -- of life aboard a crowded warship; nothing else about the war.

As the Great Depression came on he lost his factory job. We moved to a country village in Kentucky where he grew up. On Memorial Day and Armistice Day "old" WW I veterans marched in their uniforms. They were old, really old; over thirty, dour expressions, leathery faces, bowed backs.

This is an excerpt from the 1/18/17 WW1 Centennial News show featuring an interview with WWrite Curator Jennifer Orth-Veillon.