"Blessed are they that have the home longing": St. Mihiel, Pershing, Spiritualism and Capt. Walker Beale.

“Blessed are they that have the home longing”:
St. Mihiel, Pershing, Spiritualism, and Capt. Walker Beale 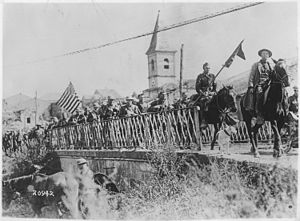 This essay has its origins nearly thirty years ago in my first visit to the St. Mihiel American Cemetery near Thiaucourt.  Astonished by the sheer number of crosses, aware of the vast openness of the landscape in this part of the Woevre plain, perplexed by the chapel’s mosaics of fasces, or the bundles of sticks and ax that became the primary icon of Mussolini, I was close to leaving when I looked west and saw the statue blandly named Soldiers Monument.  Frankly, it was a relief.  It seemed real.  I was moved by it.   I knew I was looking at something unlike the rest of the memorials and ornaments, but I despaired of knowing any more about it.  I was wrong.  Instead, at the edge of a lonely cemetery, I had a key to a way to understand the disparity between private grief and public rhetoric in the aftermath of the Great War.

Read more: "Blessed are they that have the home longing": St. Mihiel, Pershing, Spiritualism and Capt. Walker... 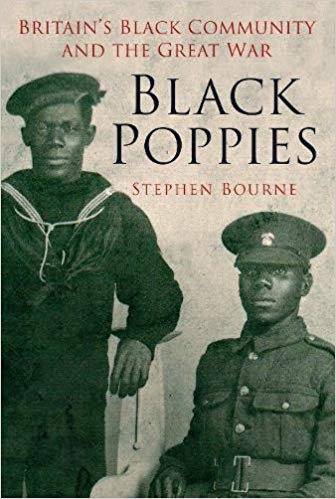 “They called us darkies. But when the battle starts, it didn’t make a difference. We were all the same. When you’re there, you don’t care about anything. Every man is under the rifle. The Tommies said, ‘Darkie, let them have it.’ I made the order: ‘Bayonets, fix,’ and then, ‘B company, fire.’ You know what it is to go and fight somebody hand to hand? You need plenty nerves. They come at you with the bayonet. He pushes at me, I push at he. You push that bayonet in there and hit with the butt of the gun – if he is dead he is dead, if he live he live. The Tommies, they brought up some German prisoners and these prisoners were spitting on their hands and wiping their faces, to say we were painted black.”
---George Blackman, private, 4th British West Indies Regiment

“The First World War is usually viewed as a predominantly white European conflict,” writes Stephen Bourne in Black Poppies: Britain’s Black Community and the Great War (The History Press, 2014). I certainly found this true enough as I began research for my novel-in-progress, which features a bi-racial veteran of that war. The information I could use to imagine his service was hard to come by.

My novel (still not officially titled) has five characters I’d consider to be “major,” as each of them narrates sections from their own point of view; quite inconveniently, none of them are much like me, and all involved varying degrees of research. But there is only one male character who narrates his own sections, and I had decided early on that he was a Briton, the son of a Barbadian mother and a white British father in the Merchant Marine, who passes as white to join the 3rdBritish Expeditionary Force (BEF).

The Enemy You Killed

The Enemy You Killed
By Ruth Edgett 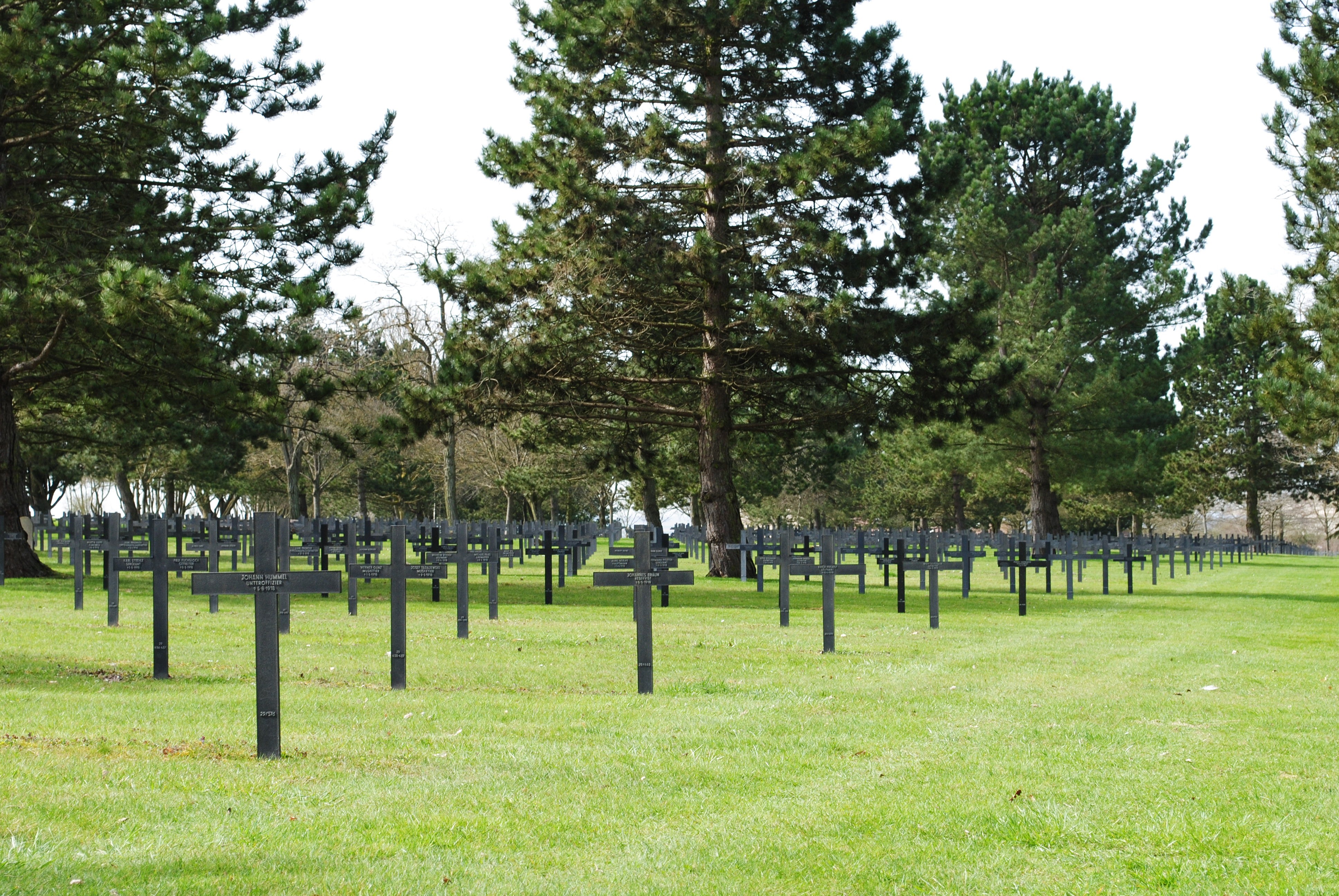 The Deutscher Soldatenfriedhof at Neuville-Saint-Vaast in Northern France is the largest of four cemeteries in France that honour German soldiers who died during World War I. 38,000 soldiers are buried in individual graves, four to a cross. Photo: Ruth Edgett

It’s April 17, 2013, and a magnificently blue sky arcs over the open fields of Northern France, where I’ve come to retrace my Canadian grandfather’s journey as a young soldier in the Great War of 1914-1919.

The countryside sweeps wide in all directions here, a peaceful patchwork of tilled and greening fields in the warm spring light. It’s hard to believe that all of this was once a churning battleground, riven with trenches and tunnels, writhing with soldiers and littered with dead and injured. It dawns on me now that, here in this region, the words “battlefield” and “cemetery” mean the same thing.

I’m standing in the Duetscher Soldatenfriedhof at Neuville-Saint-Vaast. Miles away across the plain I can just make out the towering white pylons of the Canadian monument at Vimy Ridge, the scene of Grandpa George Millar’s proudest battle. Beneath my feet are buried 45,000 German soldiers: the 38,000 named ones lie four to a metal cross; the 7,000 unnamed ones, shoulder-to-shoulder beneath squat stone crosses in one long mass grave.

Less than a mile north and on the other side of the Arras-to-Souchez highway—once at the front line—is La Targette, where acres of white crosses mark the resting places of 11,000 French soldiers.

Read more: The Enemy You Killed 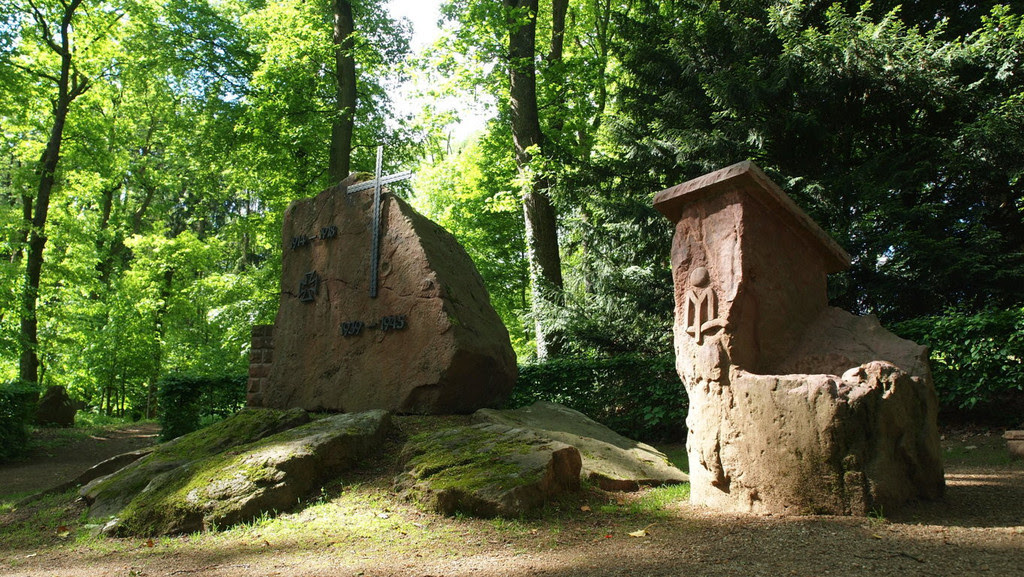 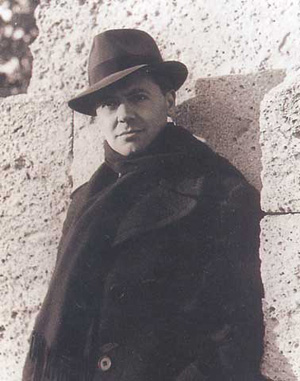 This post is the second in a WWrite series on the debt of WWII French Resistance Writers to WWI Veterans. Last week, the blog featured resister Albert Camus and the influence of his father, a WWI soldier who died at the Battle of the Marne. This week, WWrite explores the most famous French Resistance icon, Jean Moulin. One of France's most celebrated WWII heroes began his fight in WWI as a soldier and an artist. The experience, which he discusses in his book, First Combat, shaped his rise as the leader of France's Resistance Army, also known as the "Army of Shadows."

In Paris on December 19, 1964, the ashes of French WWII Resistance hero, Jean Moulin, were transferred from their original resting place at Père Lachaise Cemetery to the Pantheon, an architectural masterpiece located on the Montagne St. Geneviève in the Latin Quarter. Moulin, taken prisoner by the Nazis in 1943, died in a train station in Metz as he was deported to Germany from Lyon, France.

The Pantheon, designed as a church by the architect Jacques-German Soufflot during the reign of Louis XV to honor the patron saint of Paris, St. Geneviève, is a peristyle building that was deconsecrated during the French Revolution in 1791 and renamed the Pantheon, a patriotic monument that contains the graves of great writers, scientists, generals, philosophers, artists, and politicians who have made great contributions to the history of France. Voltaire, Jean-Jacques Rousseau, Marie Curie, Victor Hugo, Alexander Dumas, and Simone Weil are among the 70+ illustrious figures housed there. The Pantheon also houses a copy of Foucault’s Pendulum.

This post is the first in the WWrite Blog series entitled, “The Debt of WWII French Resistance Writers to WWI Veterans.” This week’s post focuses on Nobel Laureate, French writer, Albert Camus. Over the next few months, WWrite will take a look at other French resisters like Jean Moulin, Victor Basch, and Louis Aragon.

Almost 20 years after the Allied victory in WWI, which cost millions of French and German lives, France found itself at war with Germany again. This time, France couldn’t sustain the fight…at least at the beginning of WWII.