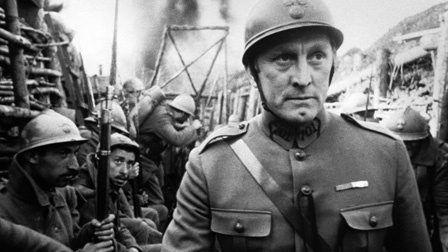 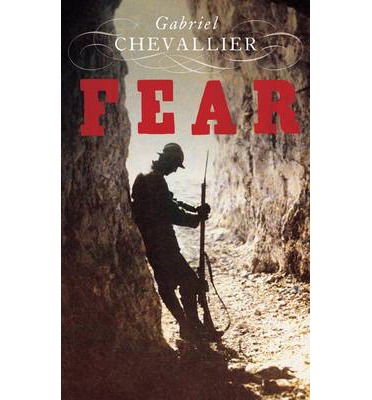 The title of the novel and film comes from a stanza from the 1751 poem by Thomas Gray, "Elegy Written in a Country Churchyard:"

The boast of heraldry, the pomp of pow'r,And all that beauty, all that wealth e'er gave,Awaits alike th'inevitable hour.The paths of glory lead but to the grave.

Watch the film. It is stunning.

We might guess that France's didn't want Americans taking cinematic ownership of their role in the Great War. The film's events happen well before America's official entry. However, the French also censored their own WWI authors at different periods in history. For example, Gabriel Chevallier's book Fear, published in 1930, was censored in 1939 during WWII because it lacked the warring idealism that France needed to fight off the Germans...one more time. In a world where explicit combat violence can be viewed on T.V., Chevallier's descriptions of wounded and dead bodies do not fail to shock. “In 1939,” Chevallier wrote in his preface to a 1951 edition, “its author and publisher agreed to suspend sales. Once war has come, the time has passed for warning that it is a disastrous venture.” Critics today herald the book as one of the most accurate depictions of a WWI French soldier's experience. The book made its way onto American soil only three years ago—the first English translation appeared in 2014.

Read the book. It's eloquently stupefying.

While some works of art are quietly swept away by cultures over time, many WWI works were forced to disappear. In the next installment of this series in a few weeks, we will look at the ways the forced disappearance of certain WWI artistic works help us understand not just the real, horrifying backdrop of combat, but also something about the corrupt politics of commemoration and monument building following Armistice.

If you happen to watch the film or read the book, I would love to hear your comments. Why do you think these were censored?

If you have a censored WWI literary work in mind, please contact me at jennifer.orth-veillon@worldwar1centennial.org