WWrite Weekend Update for May 7th: This Week's Writerly News from the U.S. WWI Centennial Site

This Week's WWrite Featured Post:  To mark today's historical election in France, the post comes from blog curator, Jennifer Orth-Veillon, who begins a series about post-WWI French censorship of film and literature that portrayed overly-negative images of the war. The film, Paths of Glory, by Stanley Kubrick and Gabriel Chevallier's book, Fear,were considered threats to France's vision of patriotism and triumph after the Armistice of 1918. (Scene from Paths of Glory with Kirk Douglas, image left) 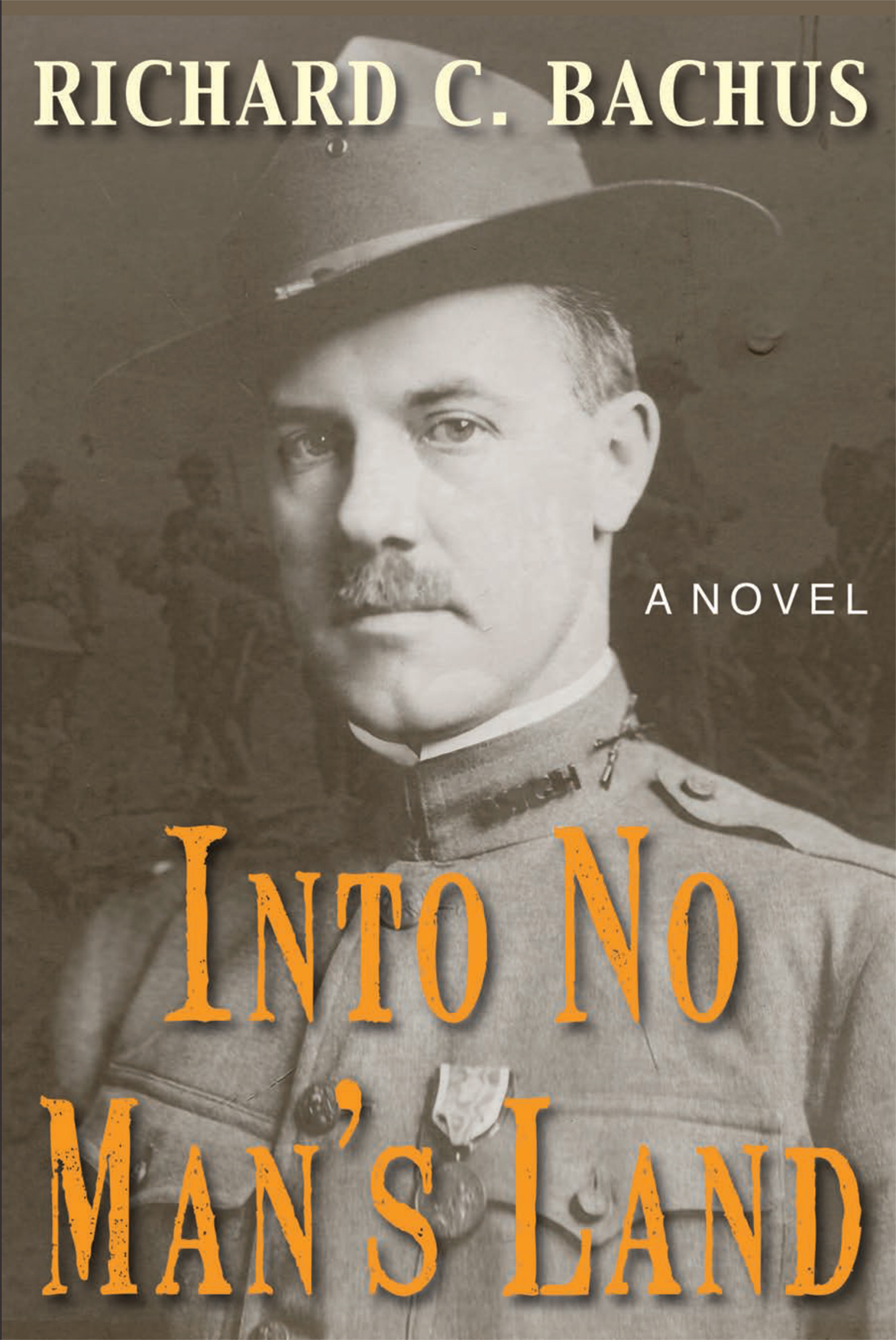 Centennial Commission blog, Trench Commander, which chronicles his family's military adventures and the ways in which they influenced his generation of Baby Boomers. For the WWrite Blog, Bachus will discuss the complex process of writing his novel, Into No Man's Land, inspired by a family archival collection of letters and other artifacts dating from his grandfather's experience in WWI as a Trench Commander in France to the present. Check out Bachus' fascinating work in his interview with Chris Isleib, Director of Public Affairs WWI Centennial Commission, Four Questions for Rich Bachus, "Bringing the War to Life Through the Details (both Great and Small) of One Soldier." (Bachus book cover, image right). 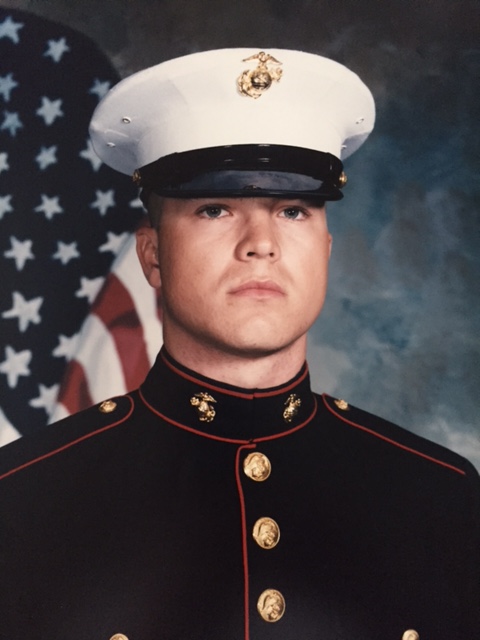 Humanities professor, retired U.S. Marine, and writer, Ernest Lucas McClees (McClees as a Marine, image, right). Drawing parallels between today's and WWI-era propaganda, his post, "One in the Same," discusses the ways that media demonizes and dehumanizes the foreign enemy by targeting immigrant groups at home. McClees also gives readers another chance to visit Darryl Dillard's February post in which he wrote about the representation of African-American actors during WWI. Dillard and McClees both address the infamous "Destroy this Mad Brute" military poster that shows a large ape-like creature, supposedly a German, grasping a white woman against her will.

Today's Historic French Election: On the Eve of May VE Day in Europe Today's 2nd round of presidential elections in France presents a multi-layered conundrum of historical narratives. The two parties—the Republicans and the Socialists— that have both dominated and balanced France have disappeared, and the two final candidates—Emmanuel Macron with En Marche! and Marine Le Pen with Front National (FN) (Macron and Le Pen, image, left)—have split the country in an unprecedented divisiveness as virulent as witnessed in 2002 when Marine Le Pen's father, Jean-Marie Le Pen, opposed Jacques Chirac. Neither candidate's win will reassure the majority of French voters, who have had, more than ever before, to compromise not only their political beliefs about social and economic issues, but also a fundamental conception of France's place in Europe and the world. A Le Pen vote will mean a retreat from Europe, the Euro, and the world in favor of a French-centered, self-sufficient French system. A Macron win will further a policy of European and global inclusion.

In some ways, the conditions of today's elections resemble the issues at stake in Europe before the outbreak of WWI. Alliances that fought, albeit very differently, the double ideals of nationalism and globalization. Each territory associated with either the Central Powers or the Allied Powers wanted to defend and propagate both their own, individual national interests by collaborating internationally with other nations.

The presidential elections collide with the eve of an important national holiday.Tomorrow, France will commemorate World War Two Victory in Europe Day. On May 8, 1945, the Allies officially won the war in Europe against the Nazi regime, a regime that many FN founders still defend today. Many of these ceremonies will be held at monuments that collectively commemorate soldiers killed in WWI battles and WWII French Resistance activities. (a May 8 ceremony at a WWI monument in France, image, right).

So, what do French writers say about these elections? 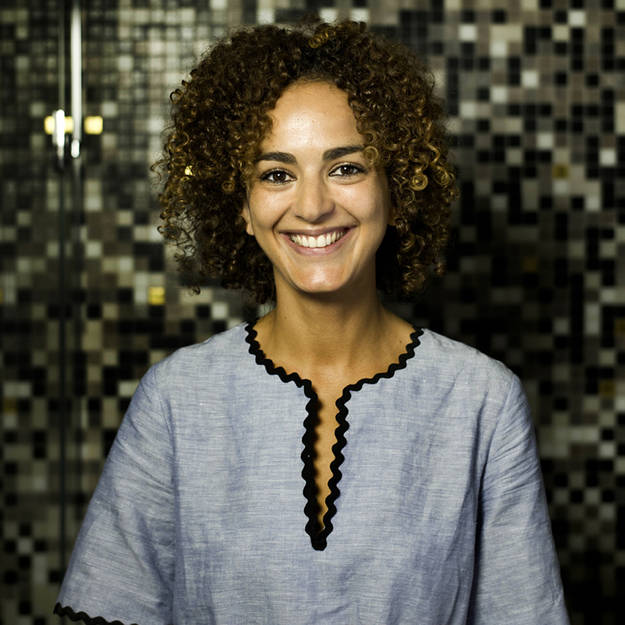 Voting for Macron, French-Moroccan novelist, Leïla Slimani, the 2016 winner of France's most prestigious literary prize, Le Prix Goncourt, says, in an article from Le Parisien Magazine "I'm voting Macron for two reasons. First, against Marine Le Pen who, for me represents the worst for France's future. It's unthinkable to raise my children in a country completely concentrated only on itself, governed by hate and by the idea that France is in decline, where I'm persuaded that we will face an unprecedented wave of terrible violence. But I am also voting in support of the youth and modernity of Emmanuel Macron, who also defends equal rights for men and women and will give a new momentum to France, which is presently wrapped up in a great pessimism. I'm the mother of two children. The second was born last week. I want to believe, not sink. France has so many good things. We need to put them first. Emmanuel Macron will do that."

For those who missed the news last week —WWrite Blog Comment Feature Now Available! The Commission is excited to announce that it has authorized and enabled comments for the blog posts. Comments are a vital part of the WWrite project as the purpose of the blog is to expand and modernize the complex space of memory by featuring today's writers and scholars inspired by writing or events from WWI. We want WWrite to become a learning resource for students, teachers, writers, readers, artists, and anyone curious about writing's unique place in the Great War. We don't want you just to read, but also to engage with these writers and scholars. The comments allow discussions among the diverse readership, which will not only encourage a conversation about memory—it will also rehabilitate, construct, and create the memory that has been absent from current collective culture.

Melvinchunter
This comment was minimized by the moderator on the site

Regardless of how frequently I read it, it never gets old. You certainly hit the nail on the head on this one. This is something individuals need to think about. Your blog is really mind blowing and the design is really first class. Really, your...

Regardless of how frequently I read it, it never gets old. You certainly hit the nail on the head on this one. This is something individuals need to think about. Your blog is really mind blowing and the design is really first class. Really, your blog is mind boggling. It's important that they know how the structure of online journals workout. You can use this best essay writing service for any kind of academic writing work.

Thanks for this article i have always excited to read the new article and i have always follow that in your page and also share that your article with other.

online minesweeper
There are no comments posted here yet