August 8th: The Short Story Behind a Photo by Benjamin Sonnenberg

August 8th: The Short Story Behind a Photo
by Benjamin Sonnenberg

Benjamin Sonnenberg, a student at University of Maryland and intern at the WWI Centennial Commission, is giving new voice to WWI by creating a fiction collection based on events, stories, and archival documents. Here, is a piece of short fiction inspired by a photo of German Generals Paul von Hindenburg and Erich Ludendorff in 1917: 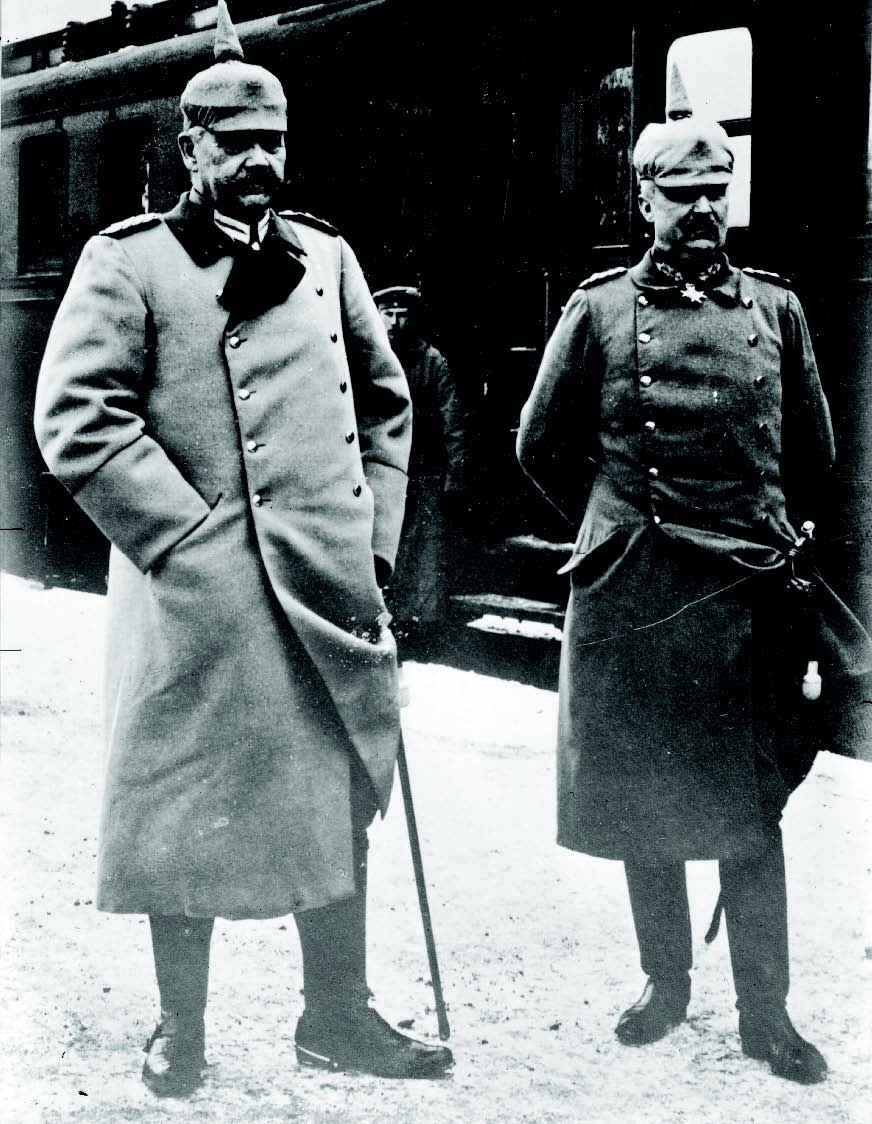 General von der Marwitz was fiddling with his Iron Cross. He played with the corners of the map as he breathed out his report: “19 British divisions. 12 French. A single American. Two-thousand fighters.” Paul von Hindenburg looked at his deputy. General Erich Ludendorff was shaking his head, mumbling something about the Social Democrats.

“Von Hutier’s 18th Army has fallen back to Hargicourt,” Marwitz continued, tracing the tortuous path with a pale white finger. “Von Larisch’s 54th Corps has been shattered and forced back to Proyart. Von Hofacker’s Corps has withdrawn to Ville sur Ancre.”

“Yes, but how much land lost?” Ludendorff thundered, his left hand quavering behind his back.

“I’m not sure, Herr General. The attack has only just ceased, and prisoners are —”

“Prisoners?” One eye twitched. Then the other. “How many men?”

“Again, it’s rather unclear because—”

A small glass fell to the floor, shattering. Now Ludendorff’s right hand began to shake. “Christ, is there anything you can tell me?”

The color flew from Ludendorff’s face. His entire body shook and Hindenburg saw his deputy and friend foam at the mouth. Ludendorff reached out for the table but toppled over on his side.

“Koessler!” Hindenburg called out for his aide.  “Water!”

The rulers of Germany were standing at a train station. The day had passed and now evening seemed to roll on endlessly. Hindenburg spoke and Ludendorff, his face still not of color, listened and nodded. The former’s calmness belied the scene at the front. It was, indeed, worse than Marwitz had let on. Five German divisions ceased to exist, many prisoners had been taken, invaluable equipment was lost to an enemy that seemed to grow larger by the day. Hindenburg decided not to tell Ludendorff of this for now.

They stood waiting for the train that would take them to their headquarters in Bad Kreuznach. They wore their pickelhaube, which bemused Hindenburg. The worst defeat of the whole war, but the sartorial traditions must be adhered to when meeting the Kaiser.

“Stuff-shirted fool!” Ludendorff muttered. “He and all the others back home.”

“How will they explain this to the German people?”

Ludendorff turned to face his commander. Hindenburg looked at his deputy and, for just a moment, saw the man with whom he had thrashed the Russians.

“Do you remember when I thought you’d been crushed at Tannenberg?” Hindenburg said.

Lundendorff smiled weakly. “Your orders were mad. Purely mad. Though they did work. I only remember slicing through the Russian center.”

“Brilliant,” he said and laughed. “We saved East Prussia from barbarians. You and I, with a handful of men, held off the Tsar.”

Ludendorff smiled, and then shook his head. “Retreat! The German Army in full retreat! What a thought after so many days of brilliant victories.”

Ludendorff stood akimbo, biting his lip and staring into the graying sky. He continued. “Never in the history of a German army have so many men capitulated in the field. The black day of the Germany Army, brought on by a stab in the back from the saboteurs at home.”

“You haven’t been sleeping, Erich.”

Ludendorff ran the back of his hand against his forehead. “Not in days.”

“Perhaps you’ll sleep on the train.”

“Perhaps you and I will review the reports and save what is left of the situation.”

“It can still be saved,” Hindenburg said. “You worry yourself too greatly.”

“Saved,” he said to himself, tasting the word.

“Perhaps the war cannot be won, Erich. But our men are the most experienced in the world. They will stem the enemy’s advance, as before.”

“Fantasy.” Ludendorff shook his head and went toward the train.

“Do you remember what happened to Frederick the Great? At the Battle of Kunersdorf? It will happen again.”

Erich Ludendorff began to twist his Iron Cross again. “Another Miracle of the House of Brandenburg? Field Marshals do not rely on fantasies!”

General Ludendorff shut the door behind him.  Hindenburg removed his pickelhaube and whistled through his teeth. He thought of his name, and then of his lineage. He thought of his ancestor, Colonel Otto, who had lost a leg during the Seven Years’ War and received a landed estate. A descendent of Martin Luther, a Prussian to the very core. He looked at the sky and winced.

For a moment, he felt the fear of defeat rush through him. Ignominy. The end of ancient prestige. Then it passed and he regained his stature. Perhaps it could be salvaged after all. 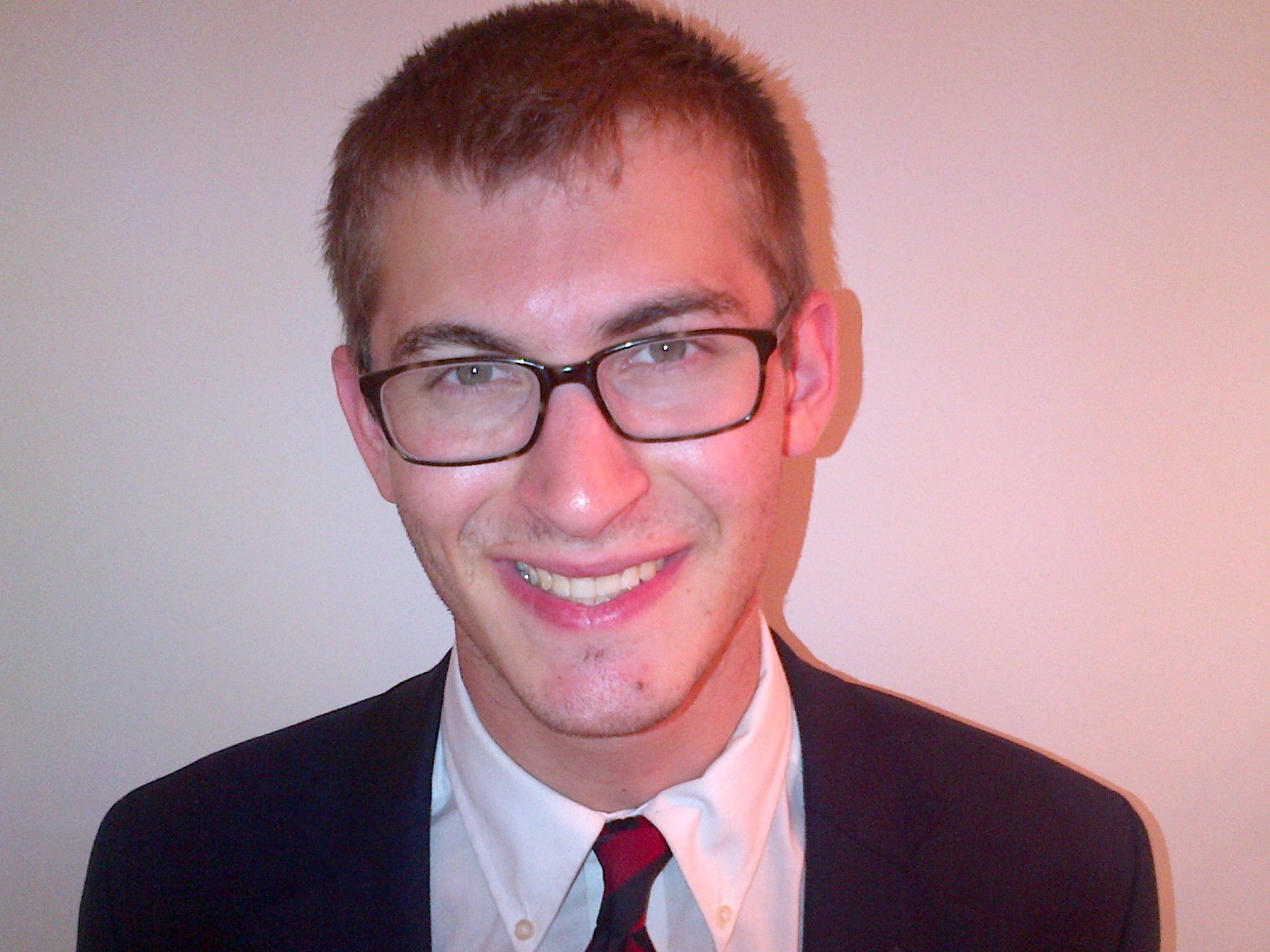 Benjamin Sonnenberg is a rising senior and History major at the University of Maryland College Park. He has been professionally published with numerous magazines and presses, including Pseudopod,  Janus, and Zaum Press. He is currently an Administration/State Outreach intern with the Centennial Commission, and is excited to use his fiction to further stimulate interest in American involvement in WWI. More specifically, he is inspired by personal stories of sacrifice and bravery, and seeks to use his fiction to bring attention to forgotten individuals and the roles they played to help shape the modern world.

Masseytruth
This comment was minimized by the moderator on the site

You certainly hit the nail on the head on this one. This is something individuals need to think about. Your blog is really mind blowing and the design is really first class. Really, your blog is mind boggling.