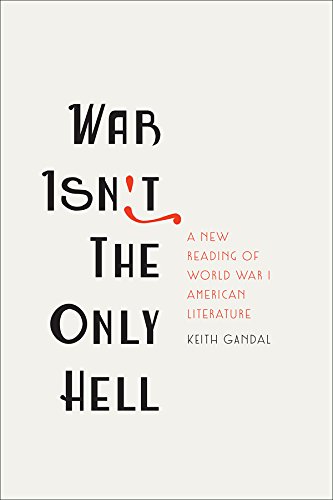 Serving as noncombatants was hardly what the Lost Generation young men had been counting on, given their social privilege; they were all expecting to be officers or pilots. But, surprisingly breaking with previous tradition, the army instituted a policy that gave equal opportunity to ethnic-American and working-class men, based on merit. In fact, that war involved a chapter of American history that eventually changed this country forever. World War I was America’s first large-scale, national experiment in meritocracy, a conception of status and a practice of governance that had roots in the founding principle of human equality and that would move the country toward an understanding of equality not simply as equality of political rights but also as equality of socioeconomic rights, or equality of opportunity for advancement. 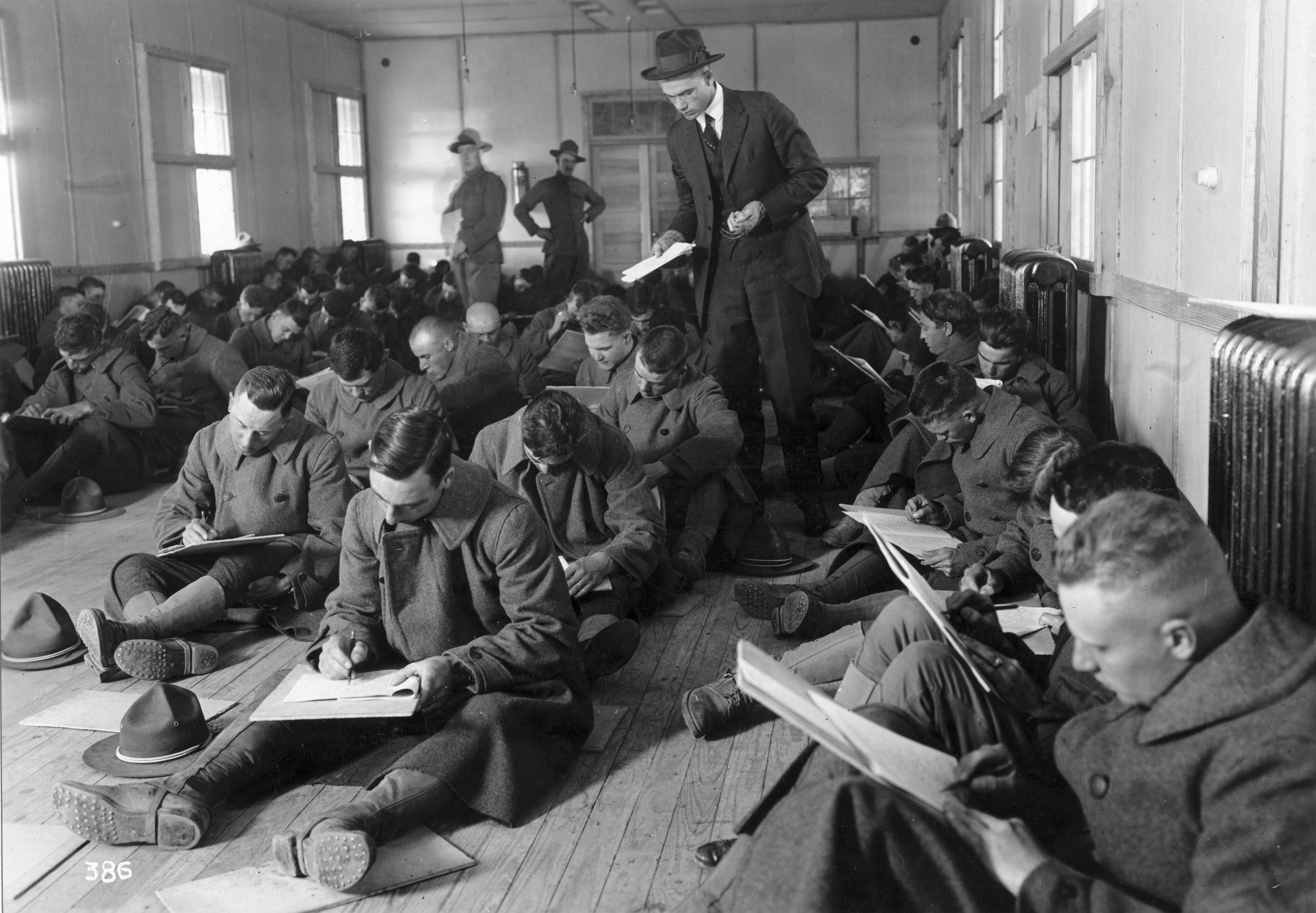 One hundred years after U.S. involvement in World War I, it is time to revisit American literature that came out of that conflict--because we are only now able to understand it in its historical context. That is the purpose of my new book, War Isn’t the Only Hell: A New Reading of World War I American Literature (Johns Hopkins UP, 2018.)

My interest in WWI and its literature was not sparked by my family, but by my graduate work 35 years ago at Berkeley, with the French “post-structuralist” philosopher and historian, Michel Foucault, who was interested in modern forms of what he called “governmentality” and what we would call social control or organization. Back in 1983, I spent a month doing research and photocopying in the U.S. Military archives. I discovered that the army had used all kinds of newfangled “personnel” techniques to evaluate, assign, and promote recruits during World War I, including the notorious intelligence tests (whose reputation as instruments of racism has largely to do with the way immigration restrictionists exploited them after the war to make invidious conclusions about racial groups; the army’s use of them during the war actually gave opportunities to U.S.-born ethnic American individuals with a high-school education). I kept these papers for the next quarter century--packing them up and taking them with me each time I moved--because I felt they were important.

It wasn’t until the mid-2000s that I returned to these military papers. In the intervening years, a new generation of social-military historians had done a good deal of groundbreaking research, which I also consulted in writing my first book on the subject: The Gun and the Pen: Hemingway, Fitzgerald, Faulkner and the Fiction of Mobilization (Oxford UP, 2008). This new book, War Isn't the Only Hell, just out, is a follow-up to that one, with a much broader reach. The unusual tale of this research and writing--which has transpired over the course of my entire career in academia--has also become the subject of a memoir I am currently at work on.

In War Isn't the Only Hell, I’ve tried to expand the canon, beyond the work of famous Lost-Generation authors Hemingway, Faulkner, Fitzgerald, Dos Passos, Cummings, and Katherine Anne Porter. American World War I literature, by combatants and noncombatants alike, has long been interpreted as an alienated outcry against modern warfare and propaganda. But this traditional understanding ignores the US army’s unprecedented attempt, during the war, to assign men—except, notoriously, African Americans—to positions and ranks based on merit. In the Civil War, state governors handed out officer commissions, as political favors, based on family and social status. 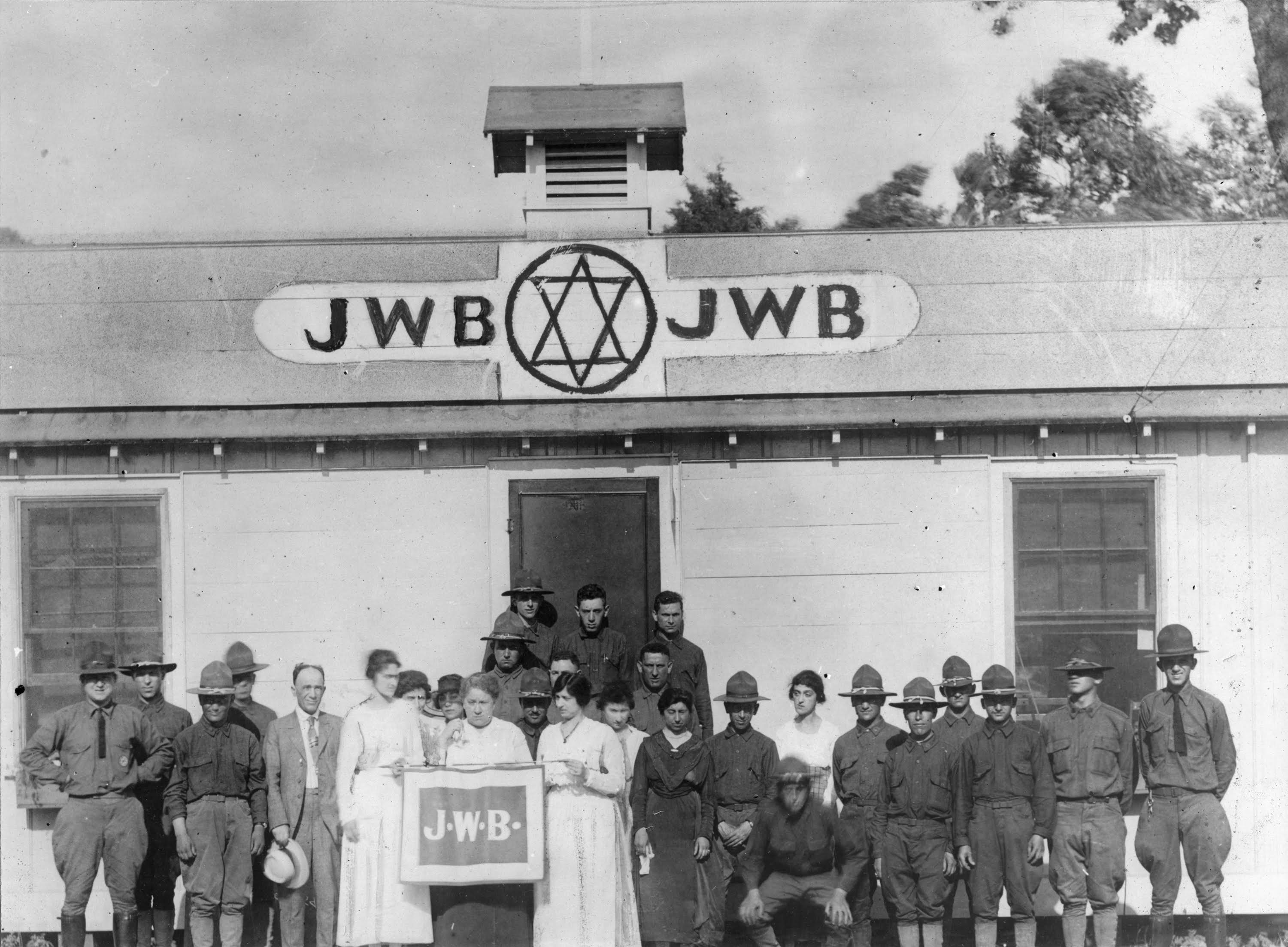 The conventional reading also misses the fact that the army and the culture granted masculinity only to combatants, while the noncombatant majority of doughboys experienced a different alienation: the shame of rejection and emasculation. The army did not set out to alienate what turned out to be three-quarters of its recruits, but it was essentially a victim of its own success in selling the war and the draft with traditional images of warriors as combatants. Wartime propaganda, as well as the tales expected by families back home, left many noncombatants feeling less than masculine. Meanwhile, many of the men chosen to be combatants experienced a sense of affirmation or promotion.

This partly meritocratic army policy--which excluded black soldiers--was not a matter of social justice for immigrant minorities and the white working class, but of the practical, bottom-line aim of winning the war. Indeed, shocking though it might seem to us, given what we think we know about the World War I period, the army’s original plan was for no racial discrimination against African Americans as well. The plan bowed to white fears in only one particular, namely that, at all training camps, white troops would overwhelmingly outnumber black ones. 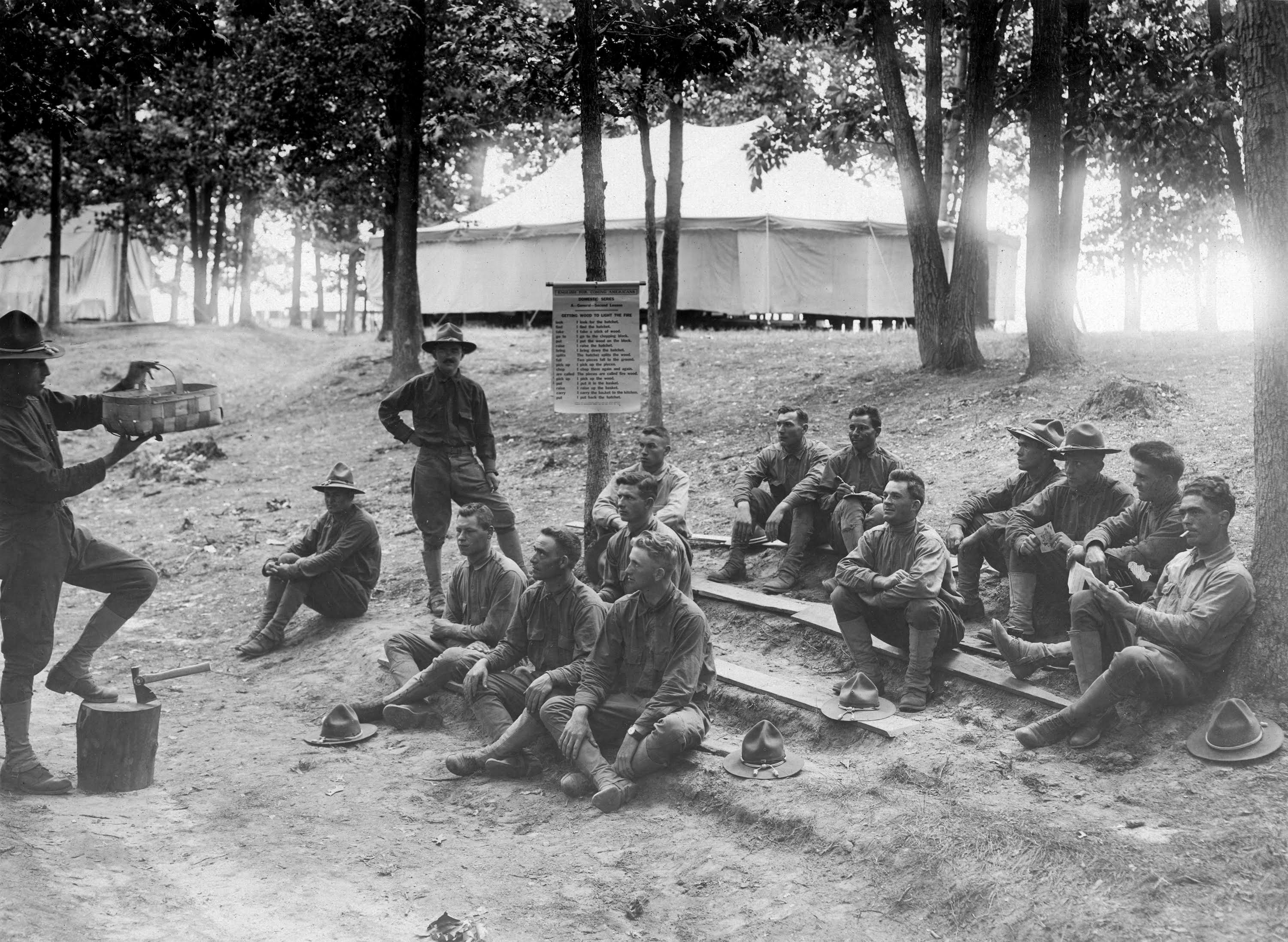 To be sure, this plan did not go into effect, and the reason was that the military brass was overruled by a federal government pressured by alarmed white southern leaders. They feared such a plan would undermine white supremacy. But the army did not simply cave into white southern demands. The ultimate military policy adopted concerning African Americans did not please black leaders, but it displeased white racist leaders too. Some high-profile white southern civilian leaders wanted no African Americans drafted or sent to France, and none wanted black commissioned officers, black troops trained in combat, or black recruits stationed in southern states. The military, though it acquiesced in some ways--most notably in instituting segregation and assigning most black recruits to labor units--insisted on a black draft, commissioned about 1200 black officers, put tens of thousands of black troops into combat, and did station black recruits in southern states. Perhaps most significant for the African American community, the army gave hundreds of thousands of black men a chance to experience a country (France) that was not governed by racial discrimination and came to embrace them. 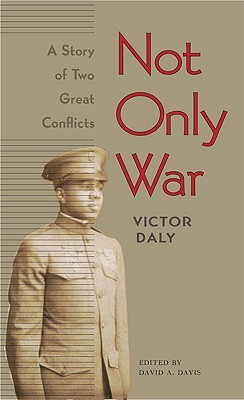 Cover of Victor Daly's book, the only novel of WWI written by an African American veteran.

Even the sole World War I novel by an African American veteran,Victor Daly, reveals a mixed experience of discrimination by the US Army and a feeling of empowerment from the French. Finally, some of our best-known World War I women writers--Porter, Willa Cather, and Ellen La Motte--were reacting not only to the shock of modern war, but to new employment and social opportunities for women at the front and stateside, including their new power, at home, as arbiters of masculinity, a prerogative that temporarily altered gender relations. Ultimately, this literature registered the ways in which innovative military practices and a foreign war unsettled traditional American hierarchies of class, ethnicity, gender, and even race.

Most of my book is dedicated to the lesser known writers mentioned here. Its title comes from Daly, who covertly tells a taboo story, most of which has been missed by critics, of a black soldier who sleeps with an upper-class and cultured white French woman. During this centennial of American involvement in the war, I suggest we broaden our canon so this long-forgotten American war becomes a major cultural touchstone. 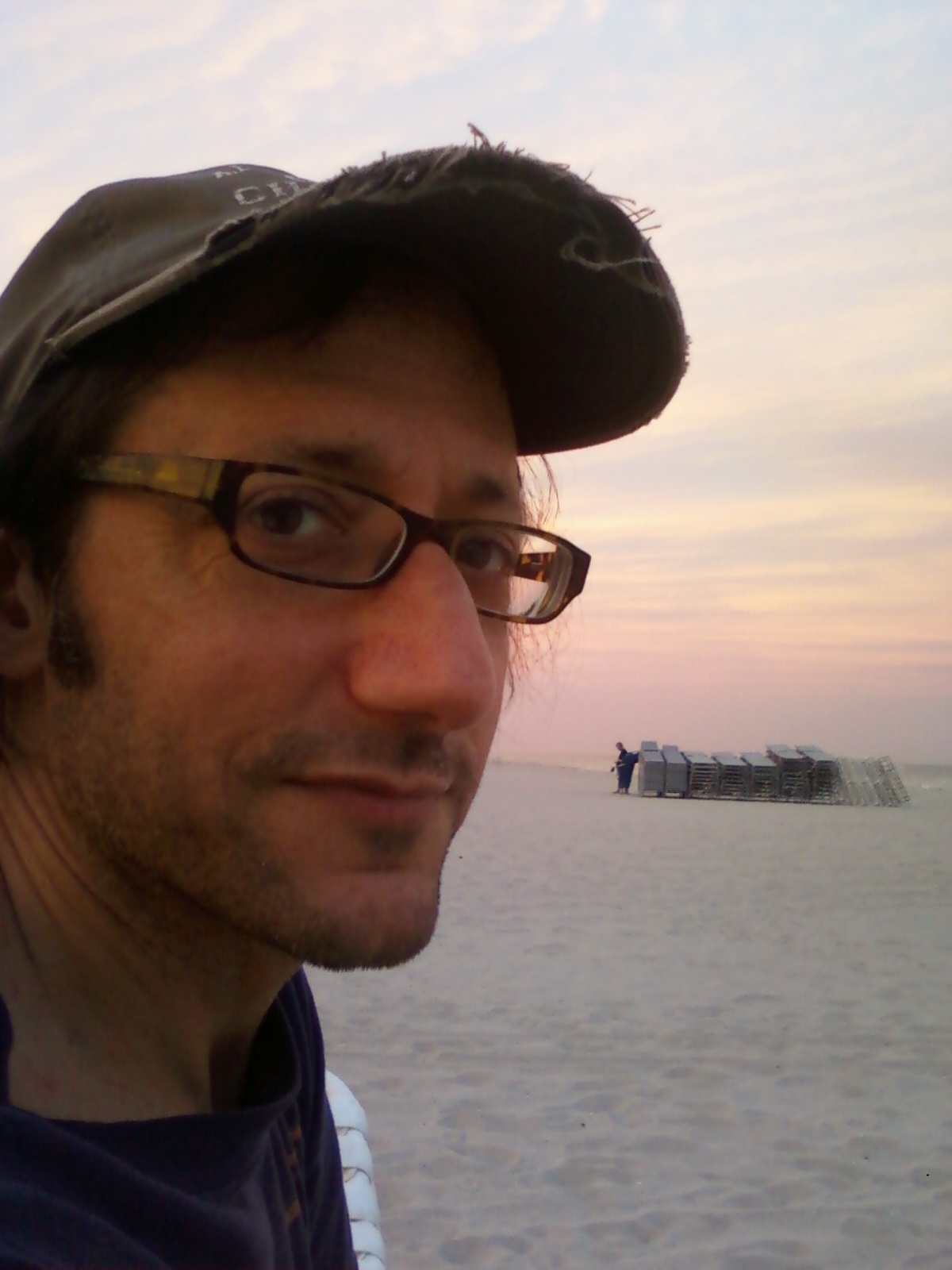 Keith Gandal is Professor of English at City College of New York, with a joint appointment in American Literature and Creative Writing.  His most recent book is War Isn’t the Only Hell: A New Reading of World War I American Literature (Johns Hopkins University Press, 2018). He is the author of four other books: three scholarly monographs and a novel. His research has focused on two areas of American studies: literature and poverty, and literature and war. His scholarly books are The Virtues of the Vicious: Jacob Riis, Stephen Crane and the Spectacle of the Slum (Oxford University Press, 1997), Class Representation in Modern Fiction and Film (Palgrave Macmillan, 2007), and The Gun and the Pen: Hemingway, Fitzgerald, Faulkner and the Fiction of Mobilization (Oxford, 2008). The novel, a combination of mystery and comedy, is called Cleveland Anonymous (North Atlantic Books, 2002).