With great enthusiasm, I presented the story to France 2, the public TV channel with which I collaborate regularly. They didn’t hesitate. The documentary project was launched. To further my research, I got in touch with an American nurse historian, Dr. Marjorie DesRosier. Coincidentally, she happened to be in France at the time giving a series about American nurses during WW1. 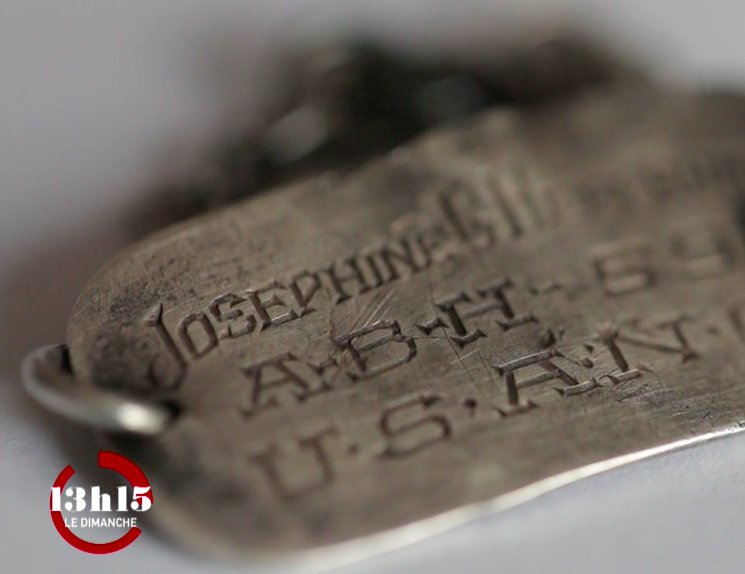 At this stage of my investigation, the French woman who had found Marguerite Horine’s bag, brutally decided that she no longer wanted to make the documentary with me! I thus found myself with a documentary to be made but no more story! Then, I remembered my discussion with Dr. DesRosier; during our interview, she told me a story about a primary school teacher who spoke to her at a conference in Chaumont, also in the Haute Marne region. Her name was Estelle Lefeuvre and she had a bracelet with the engraving "AEF-USANC - Josephine Heffernan”. Estelle lived in a small village of 600 inhabitants called Rimaucourt, where Americans had built a base hospital in 1918. I had a new story in my hand. 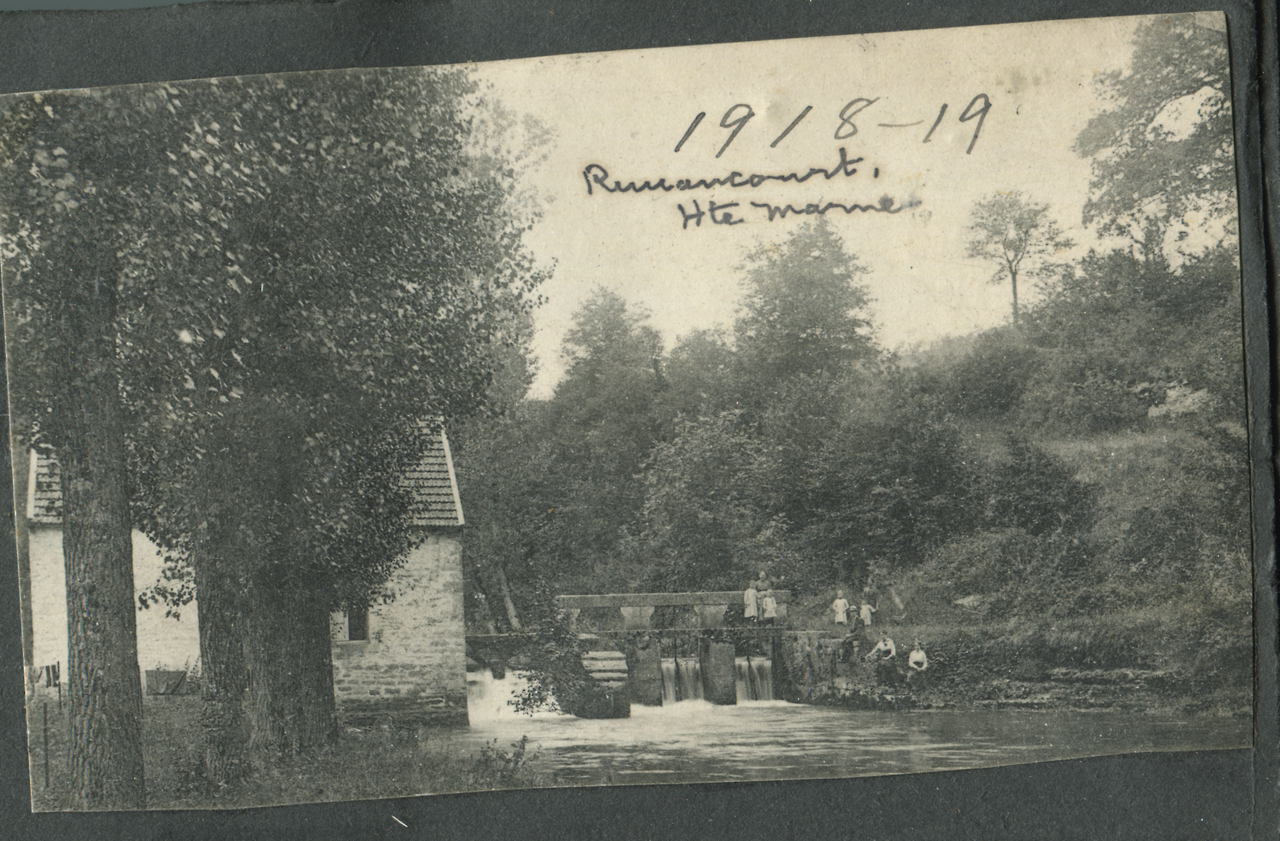 A picture Josephine Heffernan took of Rimaucourt, the village where her bracelet was found. Courtesy Hélène Lam Trong

I am not a historian. But as a reporter and a journalist, I quickly understood this particular woman, Josephine Heffernan, was also going help us shed light on the present. I had made several films by then, but it was the first time I understood that linking the past wars and present issues had been my artistic and thematic pattern for 12 years. My very first documentary for television was about the Vietnamese war and the tracks it had left behind.Bui Doi, Dust of life was about the children of soldiers left behind by the US Army in Vietnam after the Vietnamese War. I reported on Vietnamese, black children, who felt profoundly American and had tried desperately – and unsuccessfully- to find their American fathers. I identified with these children who were born biracial because there was a war in their country. I am the daughter of a Vietnamese father, and my mother, a French woman, which made me sensitive to the fate of these people, forgotten by History. 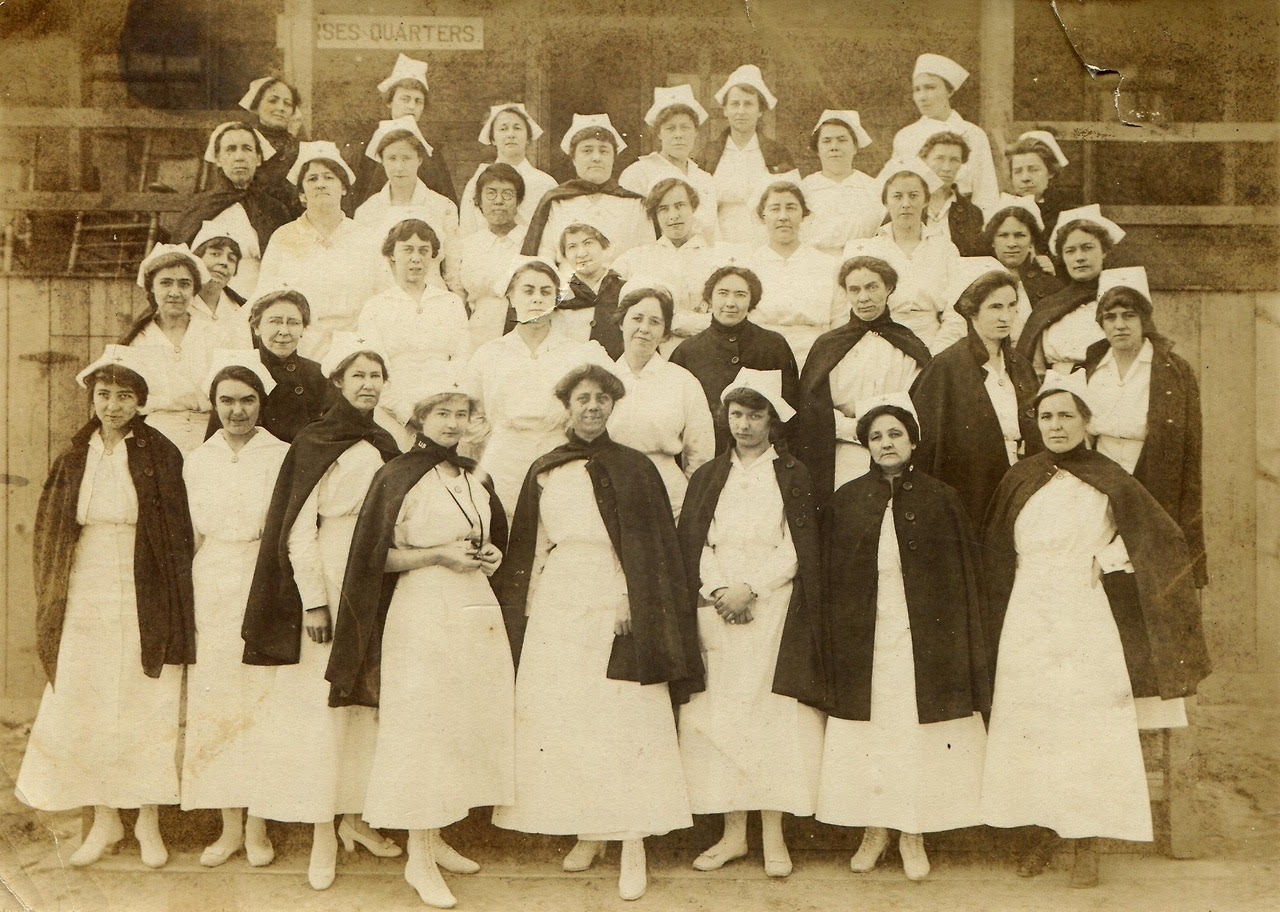 Josephine Heffernan, Chief nurse, with her team in 1918. Credits: Heffernan and Smyth Family

Inevitably, working on Josephine Heffernan and WWI brought me back to my own family’s history and my work on forgotten biracial children from the Vietnam war. We tend to forget that facts of large events like war are the pieces somebody’s life. That's why I love talking about History with a big H through the eyes of those who lived it. It gives flesh to the facts. And, it allows those inequitably forgotten by History to recover from oblivion and disappearance from what we call here in France "the national novel” – a chronological tale of France that includes sweeping narratives of victories and other big events that are said to have shaped our Nation.

I also discovered that Vietnamese soldiers played a role in WWI in France. Did you know, for example, that among the French soldiers, several hundred thousand came from what was then our colonial empire? Among these, more than 40, 000 were so-called “Annamites.” In other words, these were Vietnamese people, probably the grandfathers of those you Americans fought against from 1955 to 1975. They might have been your allies during the Great War.

As with many soldiers from other former-colonies like Algeria, Senegal, or Madagascar, France showed nothing but ingratitude in spite of their participation in not only WW1 but also in World War II. Undoubtedly, this lack of recognition must have fed their desire for independence from France...

Even if history never truly repeats itself, the present feeds on the past. Today in France, people with our former-colonial origins are still still victims of discrimination and still have to fight to be considered as hundred per cent French 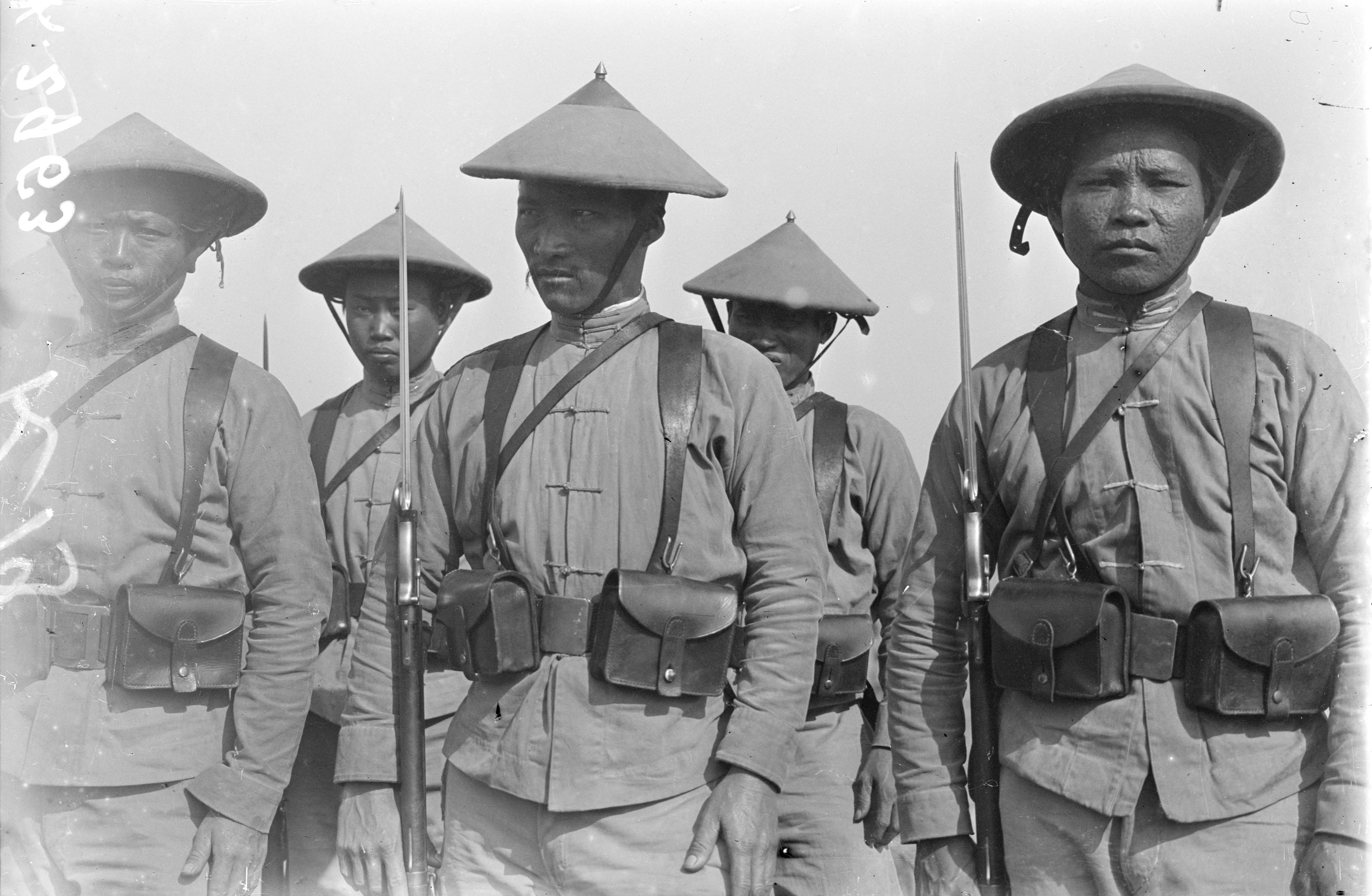 While investigating Josephine, the mysterious women who owned the bracelet, in the United States, I was bewildered that the young American generation seemed to know next to nothing about World War I.  In particular, I recall a student from a very prestigious university,  I met on Roosevelt Island in New York. He summarized the history of French-American relations was Lafayette and D-Day in 1944.  WWI was not a transition.

This was especially astonishing for me – an almost 40-year-old French woman, who grew up in a country where every city, every village, every district has its memorial for its Great War dead. In France, on November 11th, which is the anniversary of the 2018 Armistice, schools are closed. No one goes to work. Wherever you may live, there is a ceremony with flowers and trumpets. When I was a child, it was the moment when we saw war veterans selling blue cornflowers. Then, it seemed that no French family lacked an ancestor who had served in 1914-1918.

But for me, all these heroes were male.

For me, to investigate Josephine Heffernan was a way to pay tribute to the women who bravely took part in one of the first global wars. In Josephine, I discovered an incredibly free woman for her era: audacious, emancipated and globe-trotter in a time when the journeys were slow, by boat. (By the way, despite the research, I haven’t found of her papers from WWI. If you come across some in your own research, please let me know!) 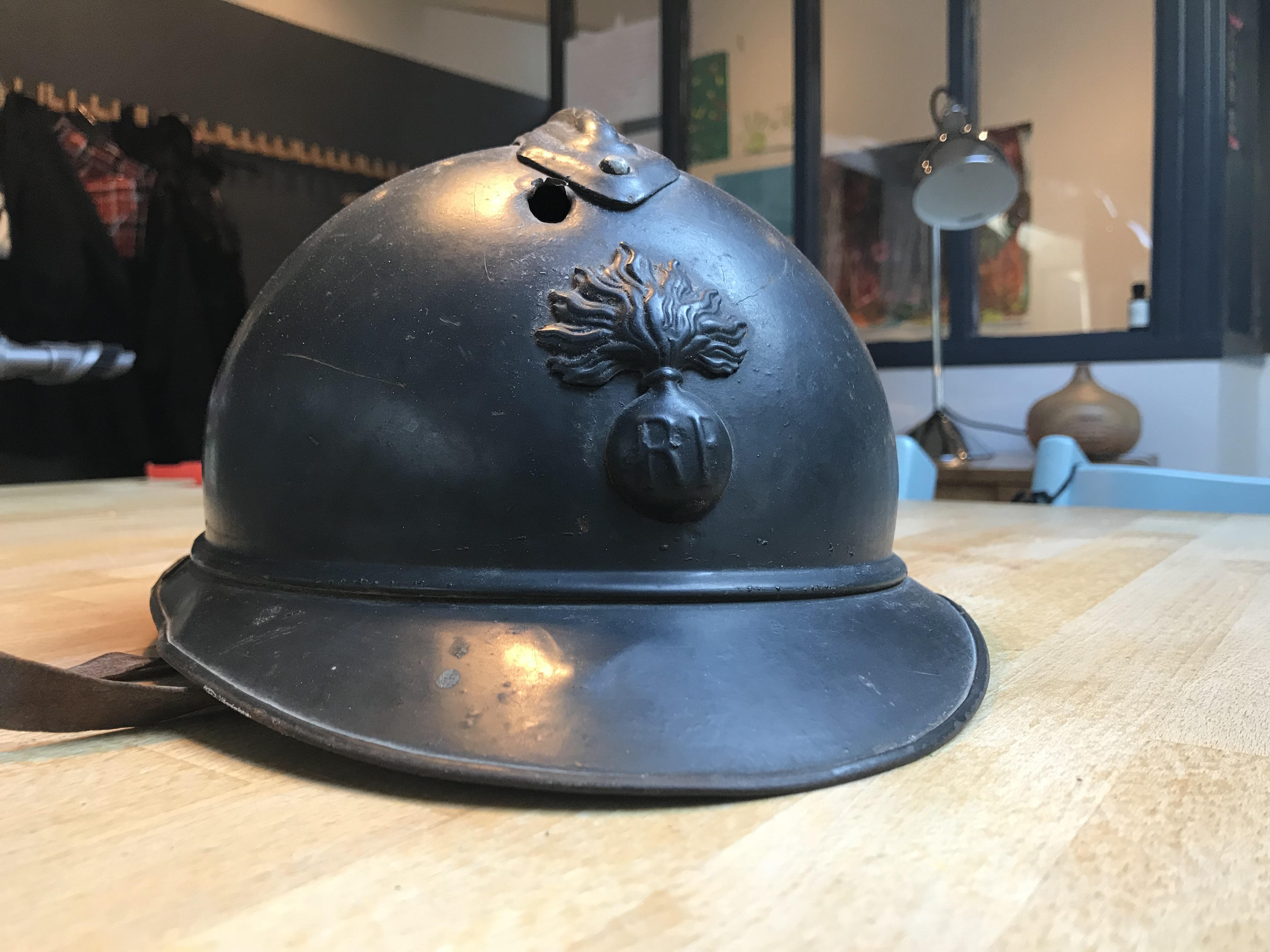 Completing the documentary, Josephine H., has allowed me to create a loop around this tremendous human adventure, which led me from the east of France to New York via Paris, to Athens, Georgia, and to Bray, Ireland. Estelle Lefeuvre in France and Dr. Marjorie DesRosier in the United States, allowed me to give a sense to all old WWI objects I found, all the lost vestiges of a hundred-year-old war, which are still collecting dust in so many French attics. At my home, I found a “Poilu’s” (name for French WWI soldier) helmet speared by a bullet hole. I do not know where from it comes nor to whom it belonged. To a distant ancestor undoubtedly. Maybe the owner of the helmet had he crossed paths with Josephine,  Marguerite, or of one of the 20, 000 American nurses who came to look after the wounded in Europe. Maybe had he fought side to side with one of the 116,516 US soldiers who died in France during the Great War? Or maybe one of the 40,000 Vietnamese soldiers. What would this Poilu, have done if he knew he would have a future, half-Vietnamese relative? Would he have pushed to recognize Vietnamese service? A subject for another film, I think…. 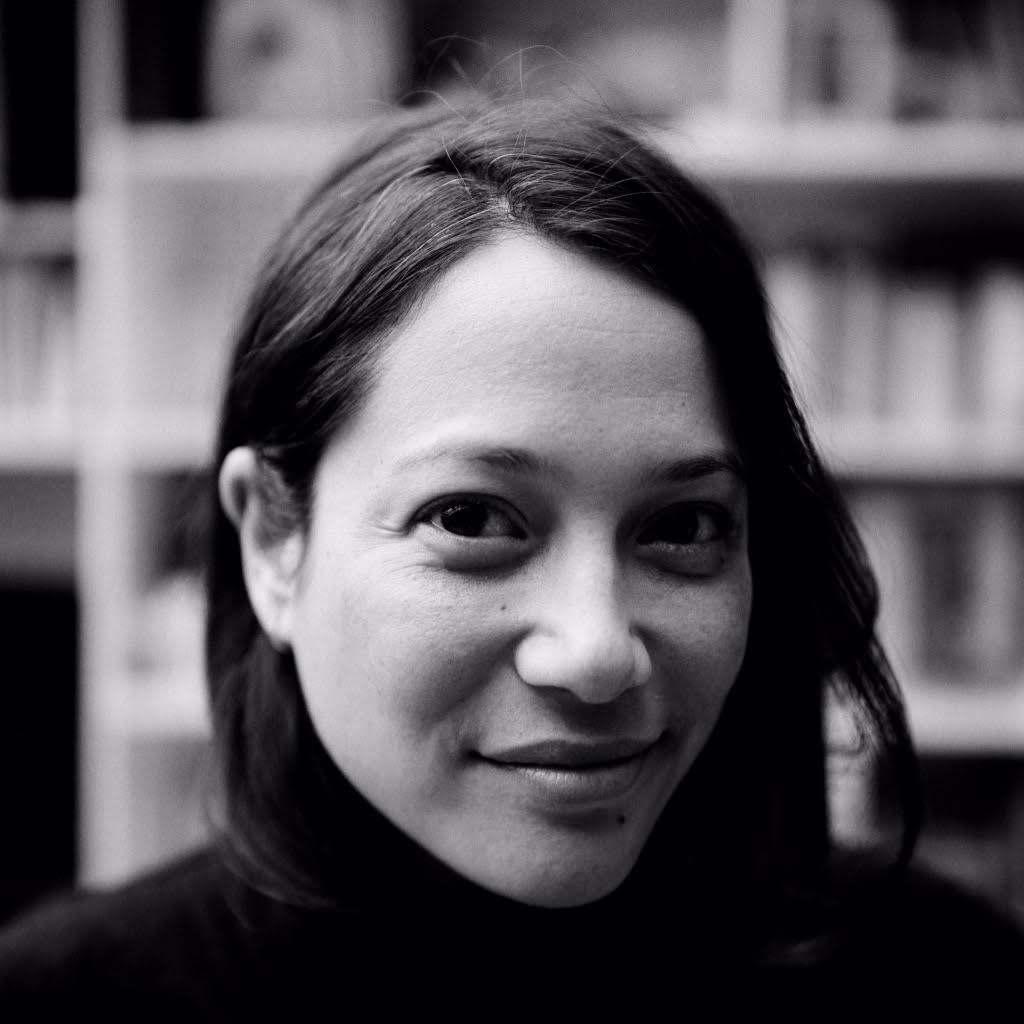 Hélène Lam Trong is a French reporter, journalist, and director. She spent 9 years working for French public radio and now directs documentaries for the television. She is 36, the mother of two children, and has traveled to Asia, other European countries, and the Middle East for her work. Born to a Vietnamese father and a French mother, she’s always been passionate about the questions of identity and memory. Hélène graduated from the school of journalism at the Sorbonne (CELSA Paris) and from the Institute of Political Studies of Toulouse (SciencesPo, France). She earned the Rotary Prize for young reporters in 2006 for her film But Doi, dust of life, about African American soldiers and Vietnamese women during the Vietnam war. She also won the radio journalism prize, the “Prix Varenne,” in 2008 for a report about Roma children in a French shantytown. Helene has directed more than 10 documentaries about many topics including babies in French jails, women in North Syria, and the death penalty. Her latest project is the film "Josephine H" that pays tribute to US army nurses through the eyes of two friends, one French, the other American. This film digs up the memory of a forgotten hero in the Great War after a 100-year-old bracelet was old found on the ground in a French village by a schoolboy. This film resuscitates the memory of all enlisted WWI woman who came to Europe to care for the war wounded.