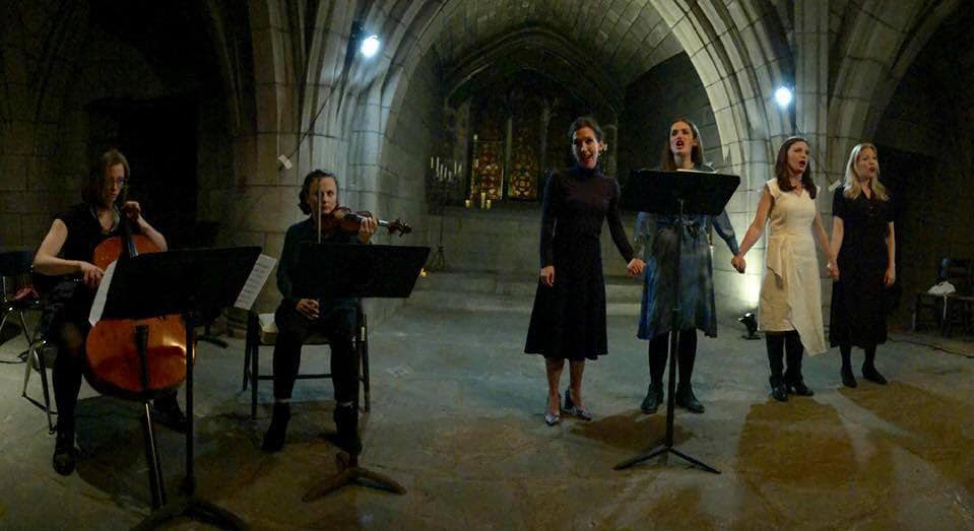 December 1, 2018.  Three years after I first envisioned a song cycle based on women’s writings from both sides of the conflict and set to contemporary music, Letters That You Will Not Get: Women’s Voices from The Great War had its premiere performance in New York at The Crypt, Church of the Intercession on Manhattan’s Upper West Side.  The libretto that I co-created with Kate Holland, who also directed the performance, was created from women’s writings – American, British, Irish, French, and German.  A British prime minister’s daughter, an American poet, a Parisian factory worker, a German artist, among others.  Women who set down their experiences – both on the front lines and the home front.  Daughters, mothers, wives, lovers who lost loved ones, experienced a shattered world, called upon both physical and emotional reserves previously unused. 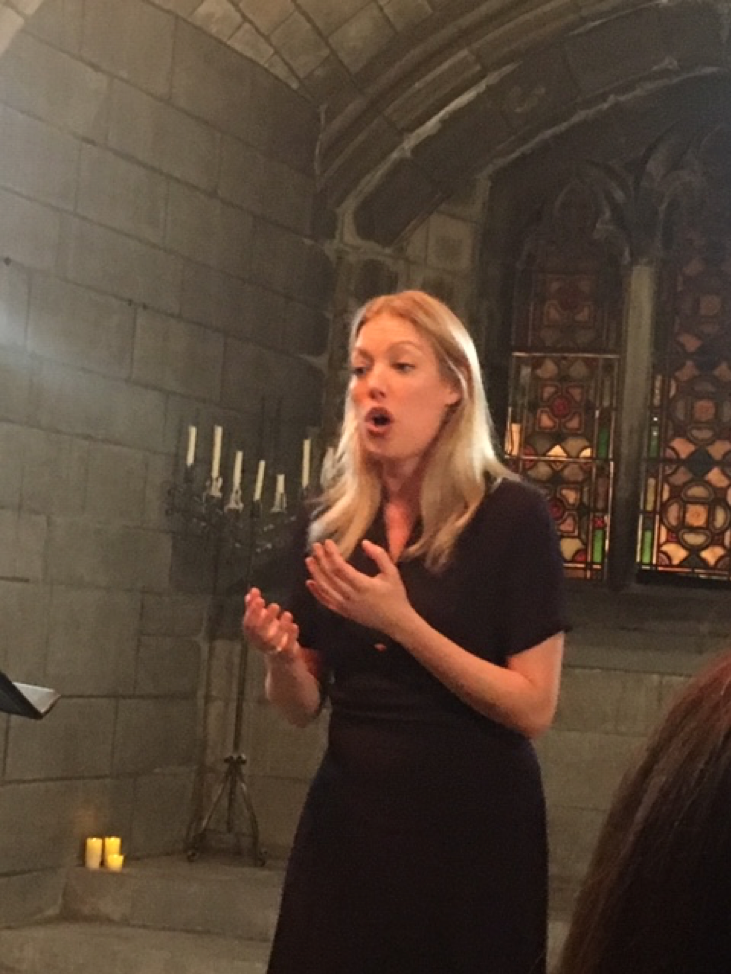 The First World War is considered to be the most literary of all wars.  Until relatively recently, writings from that war have been examined and studied as a male experience.  However, my interest in creating performance pieces – a short dance work, set to commissioned contemporary music, The Great War Theatre Project: Messengers of a Bitter Truth, a multi-media theatre piece, and now music – has been to include women’s writings in order to give each performance piece a balanced and nuanced lens through which to examine this history.  Women’s experience and their expressions of those experiences were as forceful, powerful, and authentic as men’s, even as their roles differed.

After the dance and theatre pieces ended, I found there remained a wealth of women’s writings that had not been used – poetry, letters, journals, memoirs, diaries – responses to the war written during the conflict as well as reflections on their war experiences in the decades that followed.  I felt strongly that a song cycle based solely on women’s writings would bring these missing voices into the war’s narrative.  These voices include a range of responses from women of varied nationalities and backgrounds.

Upper-class English women who embraced the war, even as they sent their sons to the Western Front to fight and to die:

Violet passed on news from George:  He said that up to date it had all been the most glorious fun.

Snatches of letters from a French country woman:

Take care of yourself so that nothing will happen to you…

The anguish of a bereaved German mother:

One boy to the right and one to the left,

My right son and my left son,

As they called themselves.

Shining pins that dart and click
In the fireside’s sheltered peace
Check the thoughts that cluster thick  -
20 plain and then decrease.

He was brave – well, so was I –
Keen and merry, but his lip
Quivered when he said good-bye –
Purl the seam-stitch, purl and slip.

The doggerel written by British poet Jessie Pope so infuriated Wilfred Owen, states Owen scholar Dr. Jane Potter, that he felt “compelled … to dedicate ‘Dulce et Decorum Est’ in his original manuscript ‘To Jessie Pope, etc’, then in a subsequent version ‘To a Certain Poetess’ before deleting the ‘dedication’ altogether in favour of the more cryptic reference to ‘my friend’ in the final lines that precede ‘the Old Lie’. “  Dr. Potter, in the paper she presented at the Glasgow conference, “Wait, Weep and Be Worthy?

Women and the First World War,” posits the idea that Pope’s poetry today can be read in irony.  And indeed that is how we used it in Letters’ libretto. 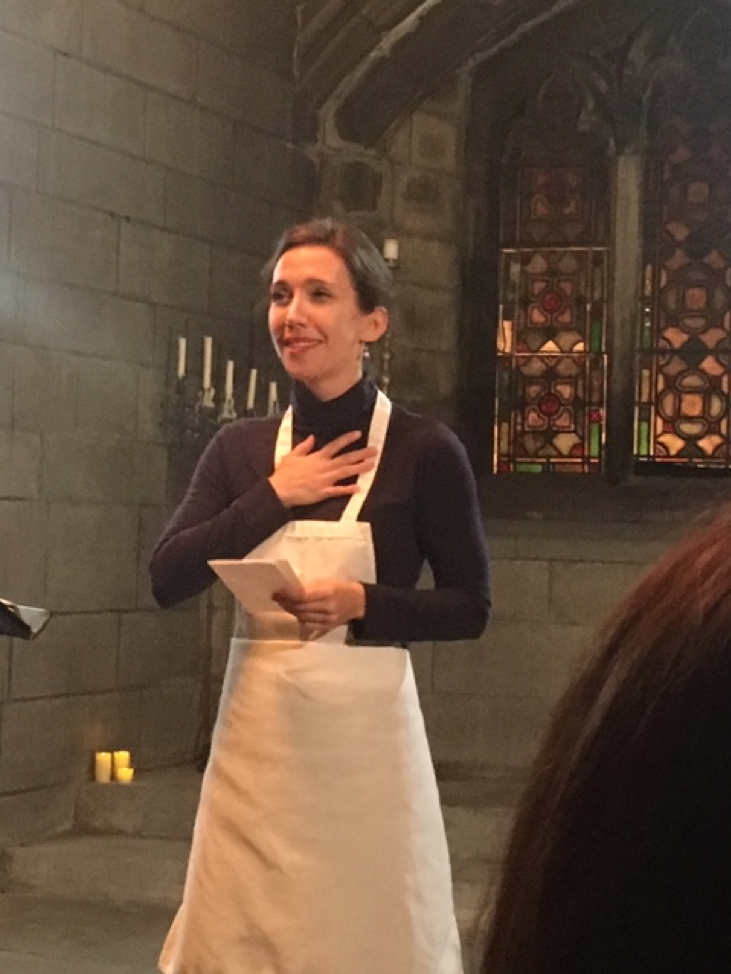 Another acclaimed British war poet, Siegfried Sassoon, expressed in a poem his bitterness towards women who could not begin to understand what soldiers experience in the frontlines in The Glory of Women:

You love us when we're heroes, home on leave,

Or wounded in a mentionable place.

You worship decorations; you believe

That chivalry redeems the war's disgrace.

You make us shells. You listen with delight,

By tales of dirt and danger fondly thrilled.

You crown our distant ardours while we fight,

And mourn our laurelled memories when we're killed.

When hell's last horror breaks them, and they run,

Trampling the terrible corpses—blind with blood.

While you are knitting socks to send your son

His face is trodden deeper in the mud.

The Glory of Women worked wonderfully well in the theatre piece, Messengers of a Bitter Truth, as part of the narrative that formed the script, but Letters illustrates women’s experiences.  Women did “make shells” but were also blown up in industrial accidents in the munitions factories.  German mothers did indeed “knit socks” but so many also mourned.  Visual artist Käthe Kollwitz, whose younger son Peter was killed in the first months of the war, created powerful art that mourned the war dead, and represented through her art the women who suffered loss.

From the outset I felt strongly that these women’s words had to be set to music by a woman composer.  Rhode Island-based composer Kirsten Volness engaged deeply with the libretto and created extraordinary music that was both lyrical and discordant, both modern and reminiscent of the early 20th C, and finally elegiac as the singers performed the last song, adapted from the poem There Will Come Soft Rains by American poet Sara Teasdale:

There will come soft rains and the smell of the ground,

And swallows circling with their shimmering sound;

And frogs in the pools singing at night,

Robins will wear their feathery fire

Whistling their whims on a low fence-wire;

And not one will know of the war, not one

Will care at last when it is done.

Not one would mind, neither bird nor tree

And Spring herself, when she woke at dawn,

Would scarcely know that we were gone.

The night of Letters’ premiere, we gathered in the Crypt, the perfect venue – both acoustically and atmospherically.  Three sopranos, a mezzo soprano, a cellist and a violinist (both women) brought the work beautifully to life.  “We didn’t even need to say it, but the fact that this piece was start to finish created by and performed by women, some of who have been gone for many years, is just so important…,“ reflected mezzo soprano Caitlin McKechney.

The audience and the performers were on a journey together, engaging with women who 100 years ago experienced and were profoundly affected by the 20th Century’s first global conflict.

To listen to the audio of the performance, click here. 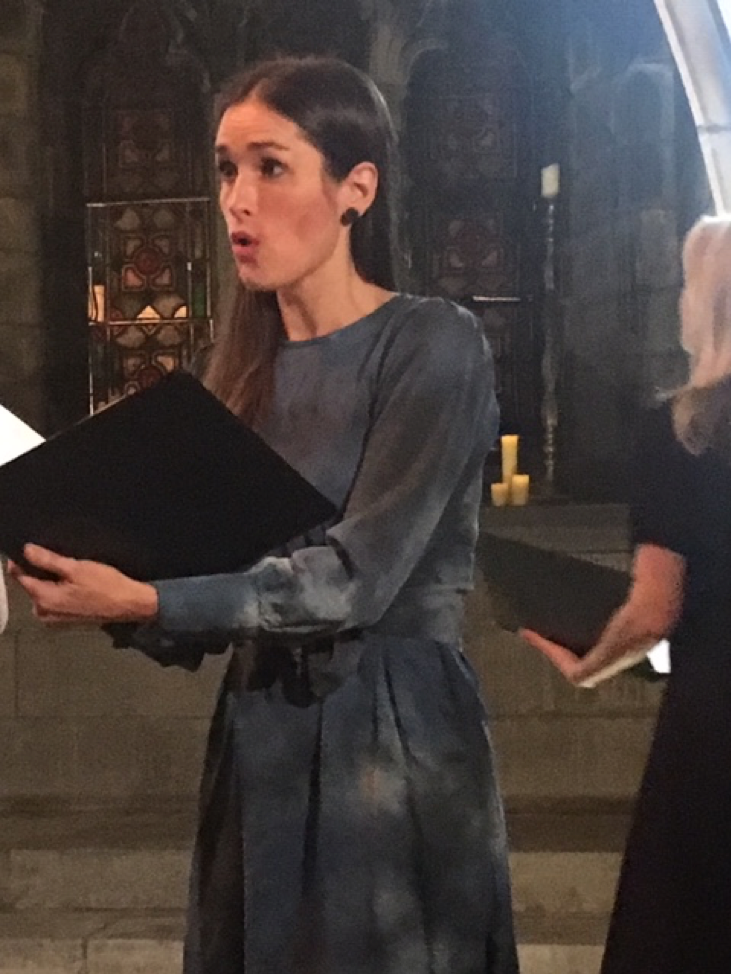 To read about Susan Werbe's theater show, Messengers of a Bitter Truth, on WWrite, click here.

Letter That You Will Not Get: Women’s Voice from The Great War was performed on December 1, 2018. 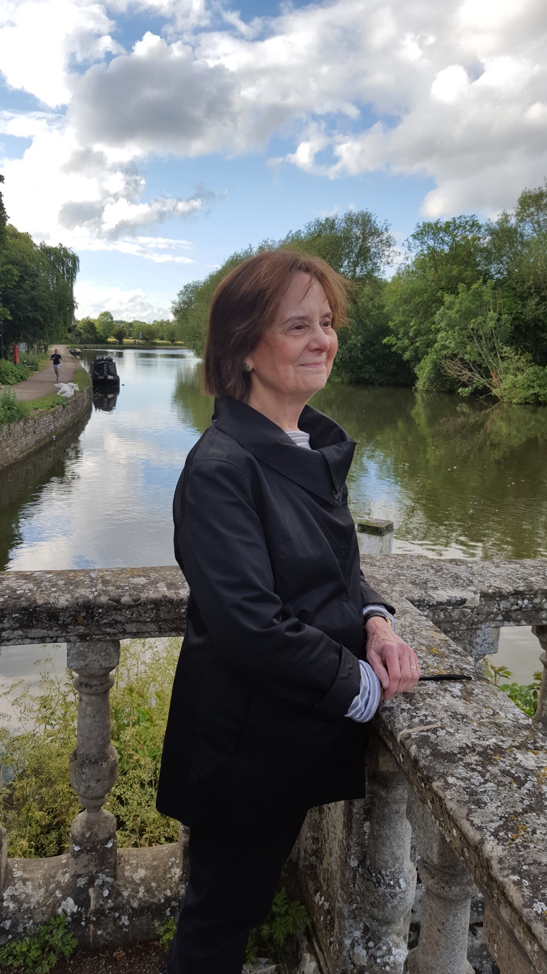 Susan Werbe is an independent scholar who for thirty years has pursued her interest in the social, cultural, and political history of early 20th Century England, including a focus on the social and cultural history of World War One.  She was the executive producer and dramaturg for The Great War Theatre Project: Messengers of a Bitter Truth, performed in Boston, New York, and Letchworth (UK). In creating The Great War Theatre Project spoken word script, in collaboration with Script Advisor Kate Holland, Susan engaged in WWI primary source research in the US and the UK.  She has served as presenter or panelist at international conferences on The Great War at the National World War I Museum in Kansas City, USA, and at the University of Kent, UK.  She was also a panelist speaking on Visual Memory in a Time of Endless War, presented in conjunction with the 2016 art installation Paul Emmanuel: Remnants, hosted by Boston University.  Susan was a member of a panel presenting at the War, Literature & the Arts conference, which was held in September 2018 at the US Air Force Academy in Colorado Springs.  She served as the dramaturg for Vilda Chaya Collective’s production of A Bright Room Called Day and mentored Boston Arts Academy student dramaturgs for Sarah Ruhl’s Eurydice.  Susan holds a BA in English Literature from New York University and a Master’s in Education from the University of Massachusetts/Amherst.

Laben
This comment was minimized by the moderator on the site

I'm silent for a moment for men and women victims of war.

Laben
There are no comments posted here yet