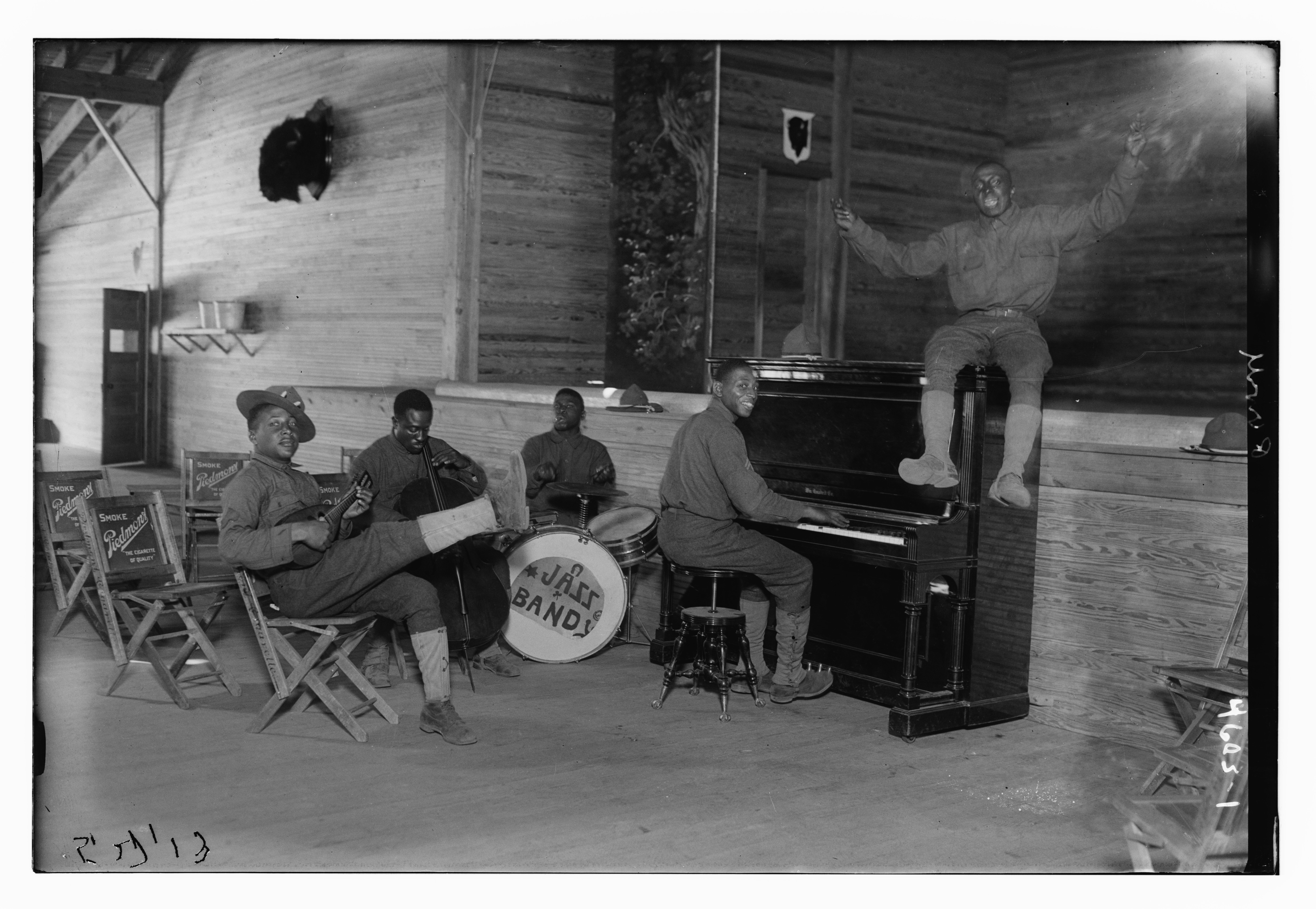 As a life-long military musician, I’ve always enjoyed most the concerts where we performed that quintessentially American style of music – big band Jazz. I’ve had the personal pleasure of performing for literally millions of people across the globe. It’s this one style of music that, no matter who you are or where you’re from, you can’t help but tap your toes, clap your hands, and move to the music. It’s happy, spontaneous and full of energy. It’s just so American. So where did this music come from? And when did our military bands become ambassadors of American goodwill performing this music?

The often-told story is that Jazz migrated up from New Orleans when the US entered WWI and after the Navy shut down the fabled Storyville district. This happened in November of 1917 forcing the icons we know so well from the Crescent City to emigrate north to Chicago, then to New York where fans immediately embraced this new music. But Jazz was already emerging across the US. Ragtime had been the rage for 30 years. By 1914 the syncopated rhythms of Ragtime were combined with the Blues and played with the energy to keep up with the new dances. This was happening in New York, Chicago, Memphis, Los Angeles, and San Francisco. Some called this “Hot Ragtime”, others “Jazz”. In fact, the use of the word “Jazz” to describe this new music began in 1915 in San Francisco and Chicago, not New Orleans.

As a band officer, I wanted to better understand our heritage and our unique connection to Jazz. In my searches looking at generations of Jazz musicians and influential military bands one name kept coming up – James Reese Europe and the 369th Harlem Hellfighters (15th New York National Guard). He and his band were the most famous, returning from WWI as international celebrities with Europe dubbed the “King of Jazz”. 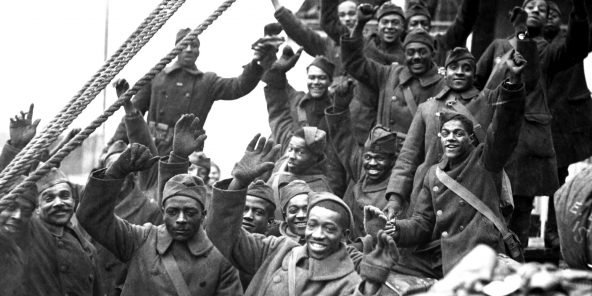 The Harlem Hellfighters. Image courtesy of the WWI Centennial Commission

But there were actually five superb and highly influential Army bands that helped pioneer the emergence of Jazz and bring that to international audiences. All were part of Black regiments hailing from New York City, Philadelphia, Washington, D.C., and Chicago. The leaders and members were all a close-knit group of musicians who worked together for years prior to and after the war. Aside from the Harlem Hellfighters, there was the 807th Pioneer Infantry Regiment (also from New York), the 350th Field Artillery (from New York, New Jersey, and Pennsylvania), the 367th Infantry (again from New York), and the 370th Infantry (Old 8th Illinois from Chicago). During the WWI Centennial, it is now time for us to recognize these American heroes and their contributions to the world of music.

Of course, each of the bands played the standard marches you would expect for ceremonies and parades, plus they played the popular Ragtime pieces they performed as civilians. Each of the groups splintered into smaller ensembles to do shows and Vaudeville. When they deployed to France, they brought a whole new dimension to the mission of military bands. They played the music that was popular back home, not only for the troops but for the local populace too, who were hungry for entertainment as a respite from four years of war. 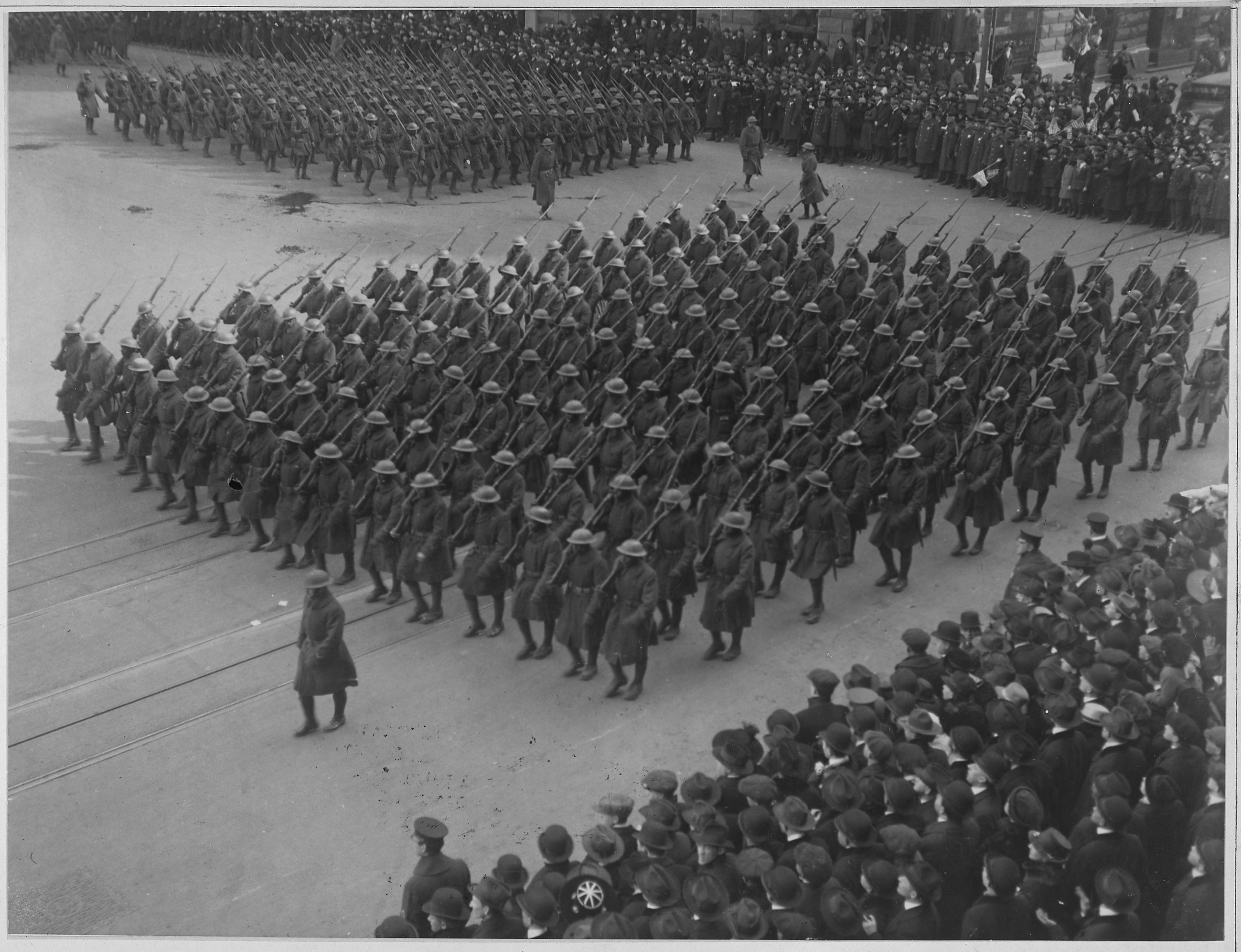 What made these bands so unique was not what they played but how they played it. The trend of bands having their own arranger to develop an individual sound was still a few years off. That meant bands played the same published arrangements. Listen to these two tracks of W.C. Handy’s “Memphis Blues”. Both are playing the exact same notes. The first is from the Victor Military Band, a group of professional White musicians hired by the Victor Company. The second is James Reese Europe and the 369th Hellfighters. Note the stark differences in interpretation, excitement, articulations, and ornamentation.

This is what makes Jazz so unique and loved the world over – that it is a performer’s art form, not a composer’s. The time spent in these bands allowed the players to experiment and the leaders to refine their bands. With their experiences and a new found sound, they came home to create the music of the Harlem Renaissance while some returned to the Paris nightclubs of Montmartre.

These include two notable partners of Jim Europe, Noble Sissle & Eubie Blake. Noble was vocalist and drum major for the 369th, Eubie Jim’s business manager in New York during the war. The two paired up after the war to become successful theater producers writing the 1921 hit musical “Shuffle Along.” This was the first Broadway Show written and directed by Black Americans and to prominently feature Jazz. This ran over 500 performances and included such hits as “I’m Just Wild About Harry” and “Love Will Find a Way,” as well as launching the career of singer Josephine Baker. Josephine relocated to Paris and became an international star. 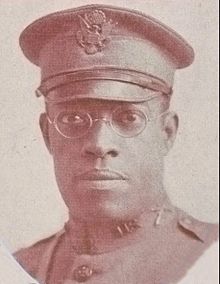 Aside from his work on Broadway, pianist Eubie Blake composed and performed his entire life, to include concerts with Leonard Bernstein and Arthur Fiedler. He was a regular guest on the Tonight Show and he was awarded several honorary doctorates. He had a stamp dedicated in his honor and was awarded the Presidential Medal of Freedom by Ronald Reagan. 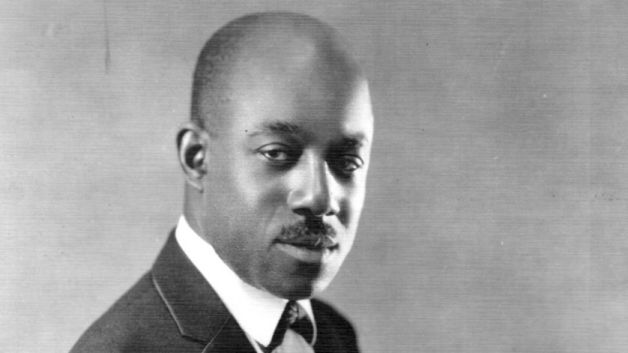 Will Vodery (leader of the 807th and a civilian colleague of Jim Europe before the war) taught orchestration techniques to a young Duke Ellington, shaping the chromatic character that became Duke’s musical signature. Vodery worked with Gershwin, orchestrating his “Blue Monday” Jazz opera, and he scored the original production of “Show Boat.” He spent 15 years with the Ziegfeld Follies and in the 30s he was musical director at the Cotton Club Revue with Cab Calloway, and he helped launch the career of Bill “Bojangles” Robinson.

The Old 8th Illinois (370th) has the longest history being the first Black National Guard Regiment in the nation (the 15th New York was the second). Under the direction of George Dulf, the band was absorbed by Will Marion Cook after the war to make the American Syncopated Orchestra. This became the Southern Syncopated Orchestra that toured the UK and included clarinetist Sidney Bechet. 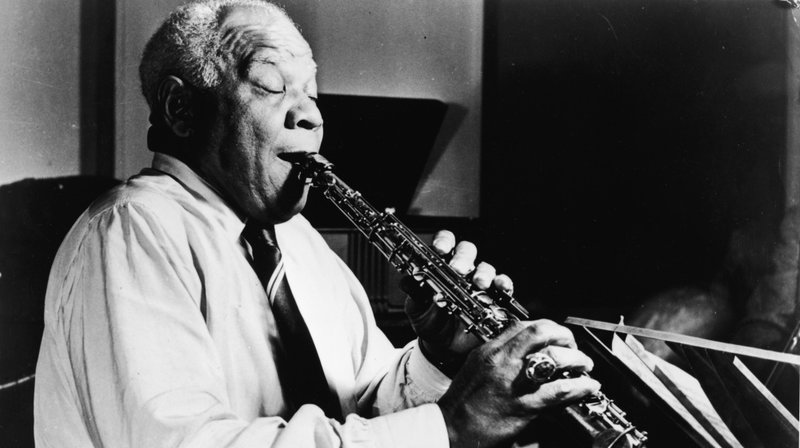 The original leader of the 15th New York Band (369th) was Edgar Thompson. He was a 10-year veteran of British military bands before becoming one of the trusted insiders in Jim Europe’s civilian organizations. After starting the band for the New York 15th he handed the baton over to Jim Europe. Edgar would ultimately lead the 367th Infantry Regiment Band formed from draftees from Manhattan. The 367th would play for GENs Pershing and Gouraud. Upon return to the states, they did concerts at the Manhattan Casino and Carnegie Hall. Thompson would then join the Southern Syncopation Orchestra replacing Cook as its leader.

Tim Brymn was a long-time colleague of Jim Europe and he took over the Clef Club when Europe left to start the Tempo Club. Brymn led the 350th Field Artillery Band that topped off at 100 pieces, the largest Army Band of its day. They performed for Presidents Wilson and Poincaré, toured throughout France, as well as the entire Allied front on order of GEN Pershing. After the war they toured the US for several years.

Pianist Luckey Roberts (of the 369th) and Willie “the Lion” Smith (of the 350th) along with James P Johnson developed the stride piano style of playing. Their protégés included Duke, "Fatha" Earl Hines, Count Basie, and singer Ethel Waters. Stride piano was foundational in the Harlem Renaissance and also influenced the artistry of Duke, Art Tatum, Monk, and Errol Garner. Luckey became the owner of Luckey’s Rendezvous, which is still open today and is the oldest continually operating Jazz club in Harlem. 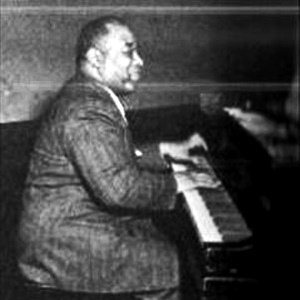 Private Rafael Hernández Marin (clarinetist in the 369th) went on to become the foremost composer of popular Puerto Rican music. There are literally schools, government buildings, streets, and even an airport named in his honor. Hernández was Honorary President of the Authors and Composers Association and he founded little league baseball in Puerto Rico. President John F. Kennedy christened him "Mr. Cumbanchero“.  His music is still recorded to this day and he is an inductee in the Latin Music Hall of Fame. 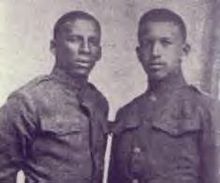 Eugene Mikell (asst director then director of the Hellfighter Band well into the 20’s), went on to become an influential Jazz educator. He formed the Jenkins Orphanage Band in Charleston, SC that launched the careers of Jazz greats Cat Anderson, Freddy Green, Benny Carter, and scores more. 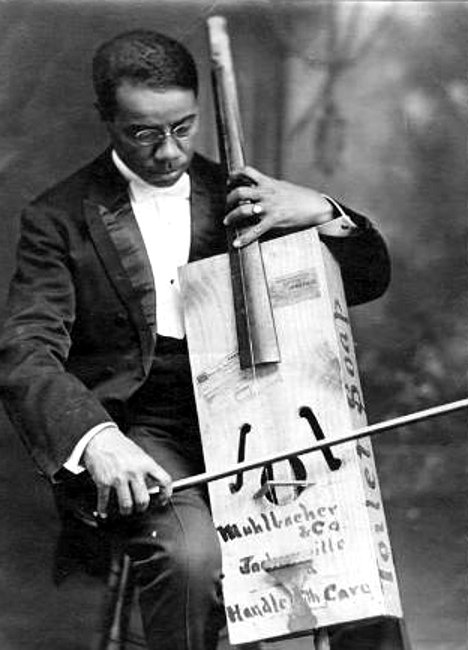 Other members of these bands included Herb Fleming, Arthur Briggs and Russel Smith who worked as sidemen after the war in New York, London and Paris with Louis Armstrong, Bessie Smith, Josephine Baker, and Django Reinhardt. And members of the organization started by Jim Europe include Coleman Hawkins and Fletcher Henderson. Coleman revolutionized improvisation with his ground-breaking version of “Body and Soul” and would later work with Monk, Miles, Max Roach and countless others. He’s seen as the father of the Jazz tenor sax. Fletcher Henderson, who worked with Coleman and hired Louis Armstrong away from Chicago, developed the modern big band and shaped the sound of Benny Goodman’s orchestra in the 30’s making him the King of Swing.

The influence these soldiers made on music in general, and Jazz specifically, is incalculable. In my search, I found not just a better understanding of the rich history or our military bands but also discovered a group of mostly forgotten artists who helped create a national treasure. 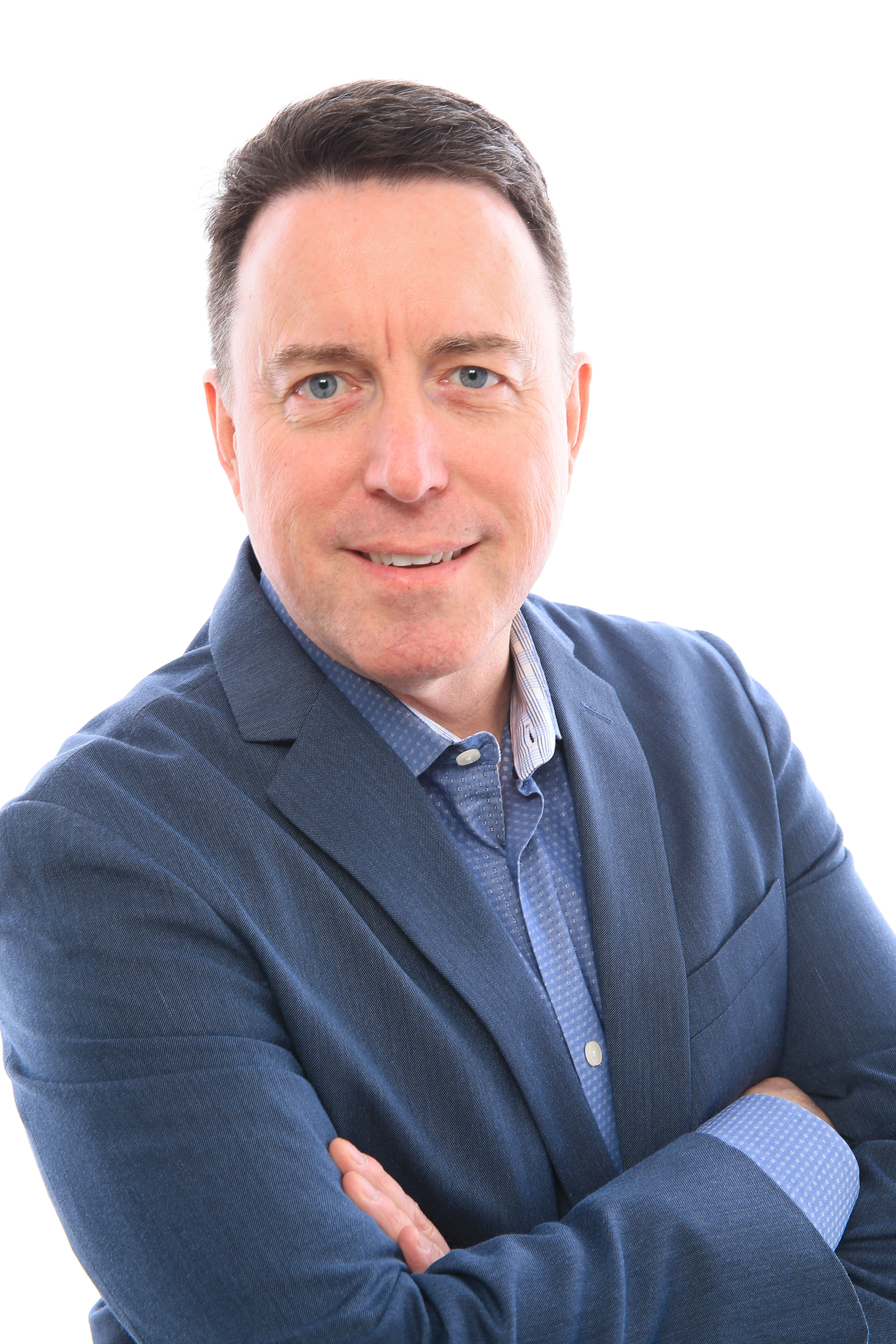 James Lamb is 30-year music and audio professional and the Assistant Bandmaster for the California State Military Reserve Band. James studied trumpet under Los Angeles’ finest musicians and was awarded a full scholarship to California State University at Northridge’s School of Music. Upon leaving CSUN James joined the Navy as a musician where he was arranger, performer, and leader of various ensembles touring the US, Orient, and Australia. After leaving the Navy, James moved to New York City to become a freelance artist. Credits included musical director and arranger for performances at Lincoln Center, the New Jersey Pops Orchestra, the Tavern on the Green, and conducting the New Jersey All-Star Big Band. The highlight of his stay in New York was as Music Director/Conductor of the Great American Songbook Orchestra. Performances included a critically acclaimed Carnegie Hall debut, the Williamson Center for the Performing Arts, and the Harman Center. James founded Point Source Audio in 2004, a premier manufacturer of miniature microphones used on Broadway, broadcast and live performance.

Thank you Mr. Lamb! You're one of the few to publicly acknowledge the legacy of the proto-Jazz period (1914-1919) as being a collective effort or generational phenomena, and not just revolved around one individual.

PS-The gentleman to the right...

Thank you Mr. Lamb! You're one of the few to publicly acknowledge the legacy of the proto-Jazz period (1914-1919) as being a collective effort or generational phenomena, and not just revolved around one individual.

PS-The gentleman to the right of Rafael Hernandez is actually his brother, Jesus Hernandez. He too served and played as a member of the 15th N.Y. National Guard Band, aka 369th Infantry orchestra, aka "Harlem Hellfighters."

LEEE EDW. BRANCH
This comment was minimized by the moderator on the site

In the mid-50's I spent many happy hours listening to the Ory and George Lewis Bands at the Beverly Caverns in L.A. Your scholarship has brought much insight and additional pleasure to my devout interest in the fabulous world of early jazz!

In the mid-50's I spent many happy hours listening to the Ory and George Lewis Bands at the Beverly Caverns in L.A. Your scholarship has brought much insight and additional pleasure to my devout interest in the fabulous world of early jazz!

Thank you, Mr. Lamb, for pulling all those strands together. It is a wonderful heritage!

Darroch Greer
There are no comments posted here yet