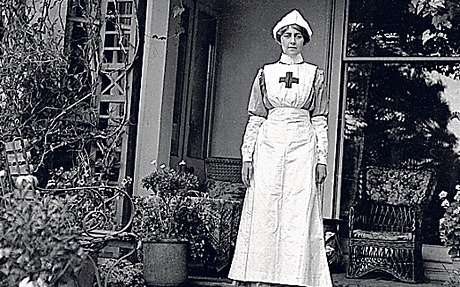 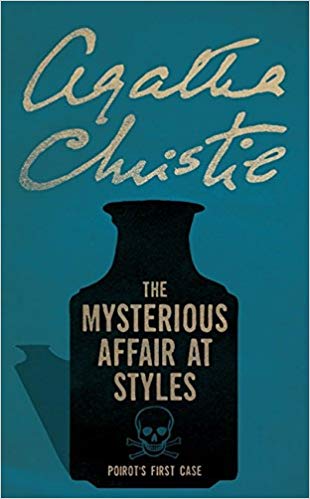 As someone writing a hundred years after the end of WWI, I do not have the same perspective that writers like Agatha Christie had of the post-war world. Its presence does not surround me or inform my environment. With hindsight and the distance of a hundred years, we’re privy now to some objective, historical information that was unavailable to people living at the time, but the subjective experience must still be gleaned from the pages of then-contemporary literature. Agatha Christie may not have addressed the issues directly, but aided by what we know now, we can still get an idea of what it was like to live with the aftermath of the First World War. 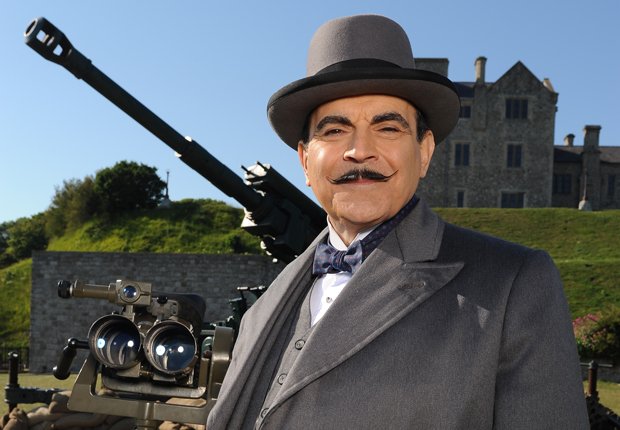 Among Christie’s works, the most obvious reference to the impact of the First World War must be The ABC Murders, which, very early on, begins to set up a shell-shocked veteran, Alexander Cust, as the prime suspect in a spate of serial killings. She describes him as someone with an ineffectual personality, weak-willed, and prone to suggestion. We also know he’d received a head injury during the war and has suffered from frequent headaches ever since. Because of difficulties stemming from his trauma, he’s had difficulty holding down a job, though he has recently found employment selling stockings door-to-door. 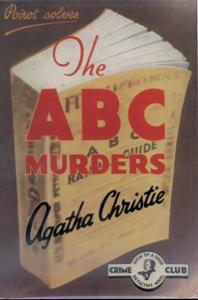 His situation is not unique; one of the characters in the book comments on the persistence of an ex-Army man acting as salesmen—a qualification so specific as to suggest ubiquity—while another mentions feeling “sorry for these wretched men who go around and try to get orders.” Between them, they suggest the reality of war veterans living in reduced circumstances, engaged in an occupation that exists more as a form of charity than as a legitimate career option. The fact that The ABC Murders was published in 1936 also suggests that the eighteen years since the end of the war have not been sufficient for the hard-hit veterans to find their feet again. The off-handed brevity of the comments about veterans hints at a familiarity that readers in 1936 were expected to share and understand. These readers knew exactly why ex-Army men in particular might figure prominently as door-to-door salesmen, and why their entire category of men might be described as pitiful and wretched.  The reality was that these WWI veteran-salesmen were alive, knocking right outside the front doors of ordinary readers at the time. The ABC Murders says more about their condition through its reticence than it could with any lengthy passage of descriptive prose.

A modern reader, however, doesn’t have the same background historical knowledge of WWI, and a modern writer would be obliged to be explicit with the details.

Conversely, a modern reader does have a better awareness of PTSD than a reader of a hundred years ago. A few minutes of research can give us a list of known effects ranging from the common to the rare, so we have some idea of what a traumatized veteran, such as we would find in the post-war world of the 1920s, might experience. A modern writer touching even briefly on the subject of WWI can be fairly certain of getting certain objective details right. However, even the experts were only just beginning to grapple with the phenomenon of PTSD in the 1920s and 1930s. As such, to understand the subjective attitudes of the general populace towards veterans with PTSD means turning once again to the literature of the period. 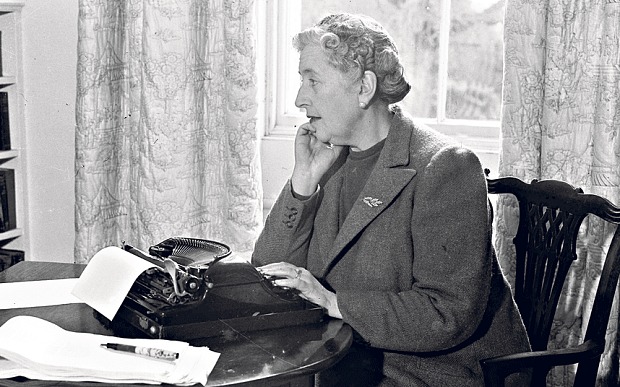 A writer’s life: Agatha Christie wrote most of her novels at her London home in Kensington Photo: Popperfoto/Getty Images. Image source: The Telegraph

In The ABC Murders, a great deal of the tension hinges on the possibility that Cust might be subject to what we would today call a dissociative fugue state: that he might, in such a state, commit a string of murders without realizing it. In 1936, that suggestion made Cust easily credible as a suspect, perhaps more easily than it would today. But the actual medical accuracy or likelihood of a PTSD-induced fugue is unimportant compared to what the trope actually says about the popular perception of shell shock and PTSD at the time. It tells us that people then were indeed afraid of how a shell-shocked veteran might behave and that they must have believed that the fugue state of Cust was a natural extension of war trauma. From there, the modern writer can extrapolate a certain wariness for those veterans with difficulty adjusting back to civilian life. It would be unsurprising as well to find that those same veterans would vehemently repudiate any suggestion that they’ve been adversely affected. It is, I think, universal throughout the ages that no one wants to be thought mad if madness means being labeled a danger to one’s surroundings.

Christie touched on these darker aspects of her post-war world only lightly. However, the hints are there, and all it takes is some reading between the lines to form an idea of what lies just beyond the frame of the picture she paints with her novels. Writing now, a hundred years after that First World War, I find that getting the hard facts about historical events is easy; research will tell you how many people died, how many people suffered, how many people got away with barely any ill effects. For the subjective experience, however, literature provides the best clues, even when they are seemingly insignificant. As in Christie’s The ABC Murders and as in her other works, the silences, the assumptions, and the inaccuracies can be as eloquent as the historical facts and figures. 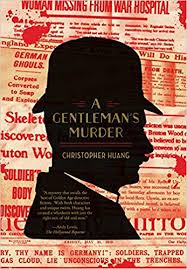 The cover of A Gentleman's Murder by Christopher Huang 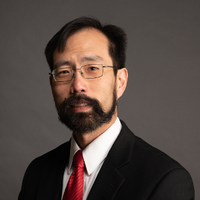 Christopher Huang grew up in Singapore, where he served his two years of National Service as an Army Signaller. He moved to Canada where he studied Architecture at McGill University in Montreal. Huang currently lives in Montreal. A Gentleman's Murder is his first novel.