While award-winning poet David Allen Sullivan visited the Tate Museum Great War Art exhibition, he was most struck by a painting that seemed almost irrelevant to the other artistic representations of battle carnage in the museum: A Family by the Sea by Pablo Picasso. Sullivan, who has written poetry from the hard lens of the Iraq War in his book, Every Seed of the Pomegranate, contemplates WWI, Picasso, and the ethics of subtlety and beauty in the face of violence. For the poem, he recasts his visit to the Tate as one to the Paris Louvre exhibition, "Disasters of War 1800-2014," Read his poem, "WWI Touches Picasso," published for the first time on WWrite this week. 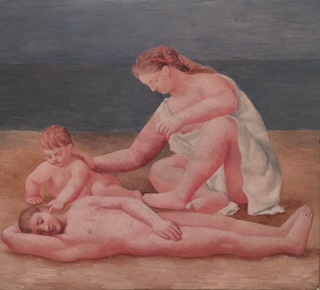 The art of World War I,

displayed on the grey walls

of the Louvre’s special exhibit 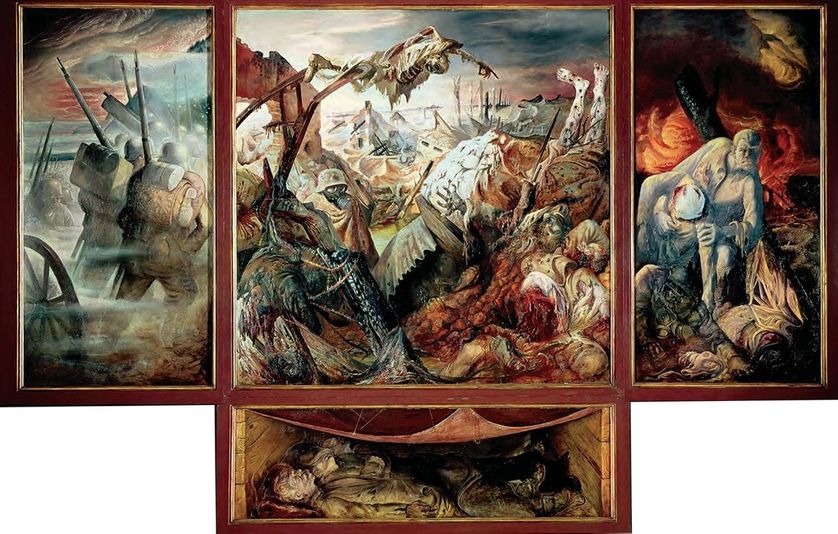 But in one eight-inch frame

frozen in a pastel-hued beach scene.

I want to live inside this painting:

inquisitive pudge of Son whose finger

was Spanish, so exempted

but not the war from him.

He was spit on

walking the streets of Paris—

too hearty, too well fed:

(Why the fuck are you here?)

What did he say?

What could he have said?

his need for them,

painted them in pieces

held up hands to have fingers shot off

so they’d be sent home—drank,

shat into holes they used petrol

to burn, grew gardens by trenches,

grew lonely, gave each other 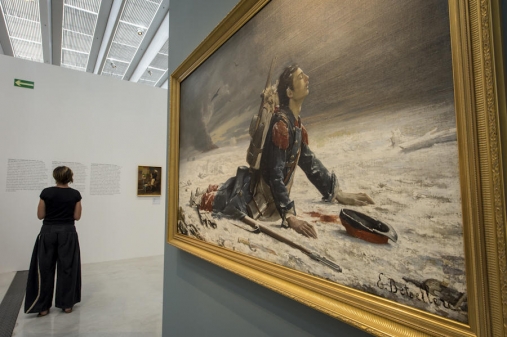 is not about particulars—

its figures are statues

on a suggestion of a beach.

but the warmth of his nipples

stare at us, pale pink

their quiet hunger, their need.

being rescued again and again.

the cascade of it over her limbs,

the way her hands cupped

and pushed it back to pull her forward.

She both feared and loved him,

and contracted a disease

from the dirty waters of the Seine.

Picasso eases us into

of suffering. A dead body

washed up on sand—

or did someone drop it here?

is all his title tells us.

of an ocean, then sand’s band

of orange. The three stripes 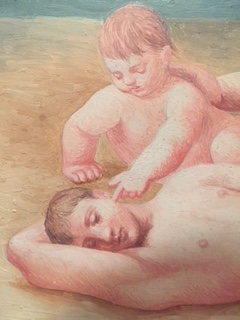 capstone of the three,

on the back of the Son. At the base

is the prone form of naked Father,

The Son’s arm, extends down

to press a finger

to the pulse-place of Father’s neck.

More detail here than anywhere else

in the painting, death-mask

laid over his form.

no marks mar his body,

has been drained from his visage.

that took him has moved on.

the streets of Paris

through him, and Picasso

could’t paint them into

or out of existence— 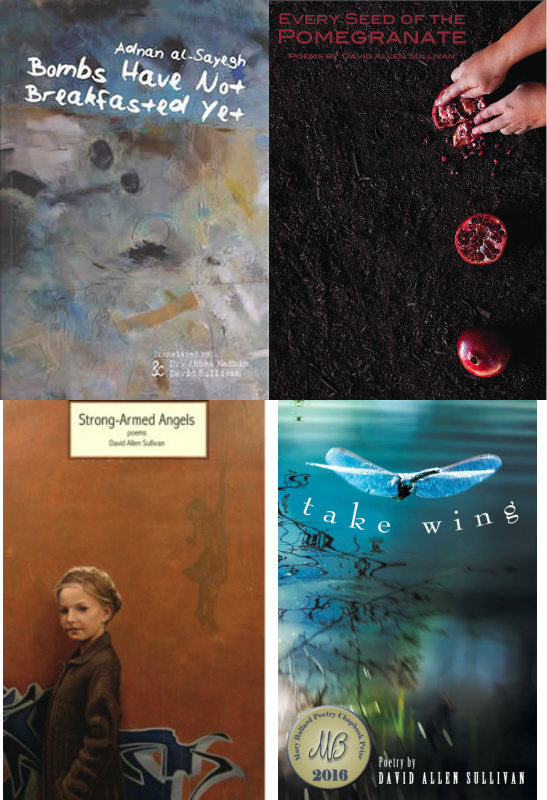 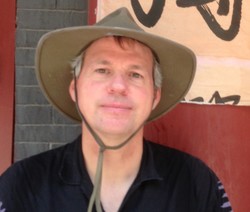 David Allen Sullivan’s books include: Strong-Armed Angels, Every Seed of the Pomegranate, a book of co-translation with Abbas Kadhim from the Arabic of Iraqi Adnan Al-Sayegh, Bombs Have Not Breakfasted Yet, and Black Ice. He won the Mary Ballard Chapbook poetry prize for Take Wing, and his book of poems about the year he spent as a Fulbright lecturer in China, Seed Shell Ash, is forthcoming from Salmon Press. He teaches at Cabrillo College, where he edits the Porter Gulch Review with his students, and lives in Santa Cruz with his family. His poetry website is: https://dasulliv1.wixsite.com/website-1, a modern Chinese co-translation project is at: https://dasulliv1.wixsite.com/website-trans, and he’s searching for a publisher for an anthology of poetry about the paintings of Bosch and Bruegel he edited with his art historian mother who died recently.

Thank you for uniquely conveying so much that largely goes unheard of or is not brought to light even as monumental retrospectives travel the globe to form new perspectives on both war and life.

Valery Klaw
There are no comments posted here yet