They Shall Not Grow Old – and Neither Have We 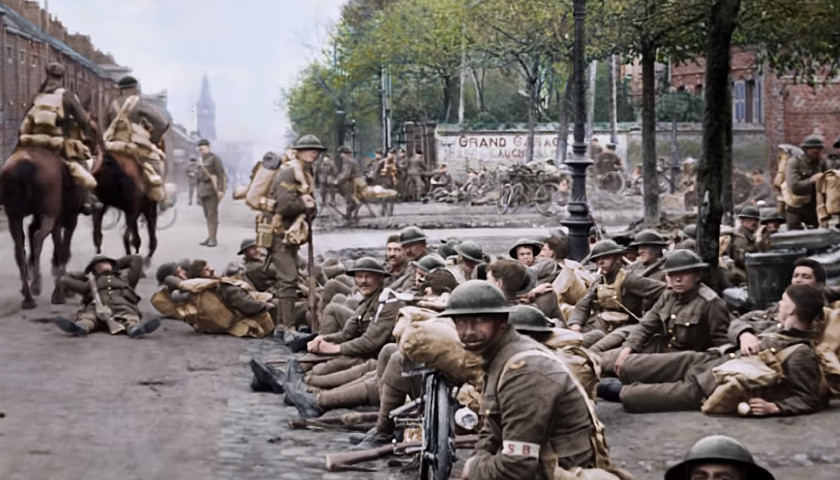 This past January, amid headlines of US negotiations with the Taliban and lingering Syrian ISIL strongholds, I escaped internet news for an afternoon of 3D immersion in They Shall Not Grow Old, the Peter Jackson film that brings previously unreleased World War I archival footage of British soldiers to life. To do this, Jackson’s team smoothed the jerky frame rates of century-old film, employed forensic lip-readers to sleuth dialogue, and recorded the slams of breech blocks from antique artillery. But when I forked over twenty bucks for a ticket, I didn’t know that what would strike me even harder than this impressive technical reconstruction was the similarity of the youthful soldiers to my own Marines in Iraq in 2004.

At age 23, I was a communications officer on a base between Ramadi and Fallujah, supervising two platoons of rambunctious troops as they set up telephone, radio and data networks and repaired equipment. Amid their work, they wrestled, played smuggled-in guitars, and once—I still don’t know how they managed this—barbecued shish kebab and steaks on an oil-drum grill. Sure, there have been improvements to efficiency in a hundred years; for a caffeinated “brew-up” in the trenches, one can now simply pop open canned Rip-Its. Modern troops wear much more personal protective equipment: flak jackets, Kevlar helmets, floppy shoulder pads and groin protectors, kneepads, gloves, and steel-toed boots. And though my Marines’ dental hygiene was far better than that of Brits born at the turn of the twentieth century, I swore I could spot in the trenches my freckled, insightful sergeant who resembled an overgrown Dennis the Menace; my switchboard tech, a former college violin major; and my red-haired chess whiz Corporal who despite his tattooed forearms still looked twelve years old. Most of my troops were 19, the same minimum age as British World War I enlistees, though a hundred years ago, the movie tells us, that rule was often flouted by recruiters who told would-be privates, “you better go outside and have a birthday.” 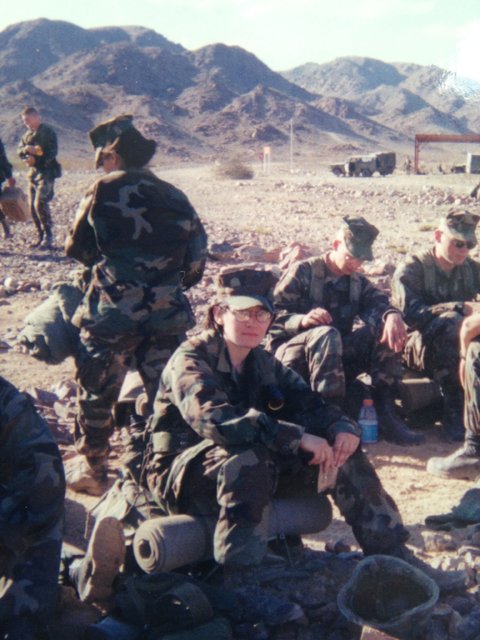 Between helicopter parents and electronic records, it’s harder to fake your age now. But teenagers’ stubbornness, energy, and idealism—ideal for military purposes—remain the same. And like boys turned into donkeys on Pinocchio’s Pleasure Island, neither we nor World War I’s youthful Tommies seemed to have thought through the consequences of our respective decisions to chase adventure. Even if I had watched this movie as an eager high-schooler, I still would have joined. 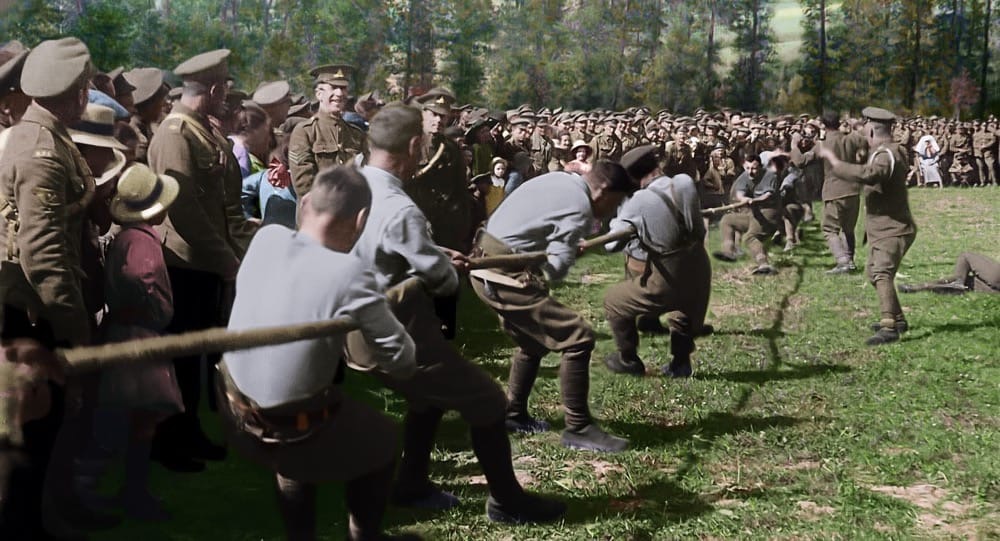 When a passel of young men filed behind parading troops and rushed the barracks, excited to put on a uniform, I recalled my own naïve fumbling as a ROTC freshman with a newly issued camouflage pack. Close-order drill looked exactly the same, and I could swear I’d scooped dinner into a canteen cup from a similar jerrycan. Hearing the green, untested troops wonder whether they could shoot or bayonet another human, I could think only of their callow bravado. But they would learn soon—Calais was only about a 30-mile boat ride from Dover. To a New Yorker, it’s as if a ferry across Long Island Sound marked the difference between peace and war.

France’s trenches looked like the Quigley, the Vietnam-inspired swamp we were required to wade, swim, and crawl through at Officer Candidates School in Quantico, Virginia. Amid the mess, these World War I troops held cigarettes in tense, dirt-streaked mouths, cracking jokes to pass the time. Putrid, freezing mud caused frostbite and gangrene. The lucky suffered amputations. The unlucky sank into the quagmire, never to be recovered. I thought of my desert deployment and counted my blessings. 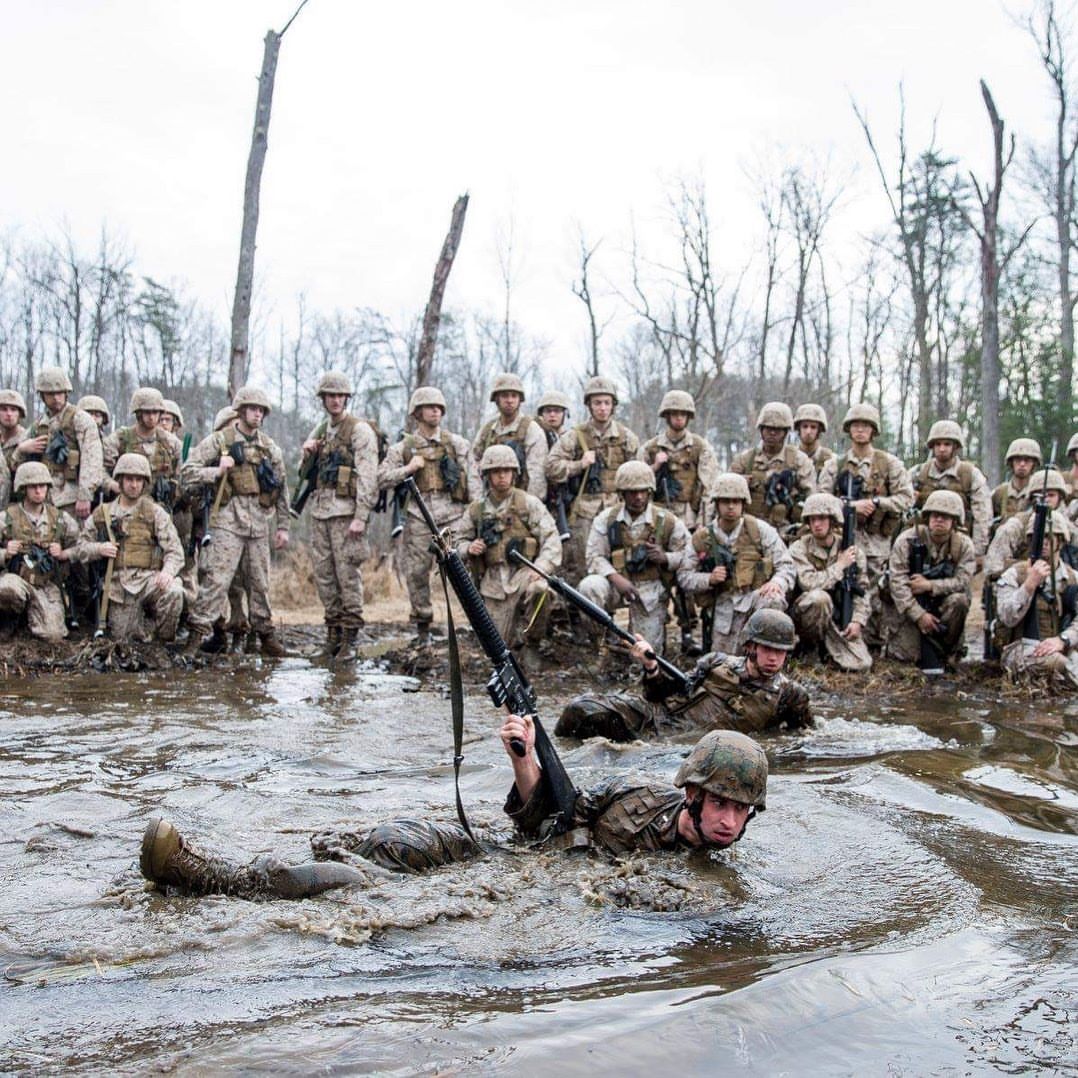 The footage of sleeping men looked like my wire platoon during breaks in our weeklong pull of fiber optic cable under an airfield: napping whenever possible, sweaty and grimy, with overcoats thrown over them in the same manner as modern poncho liners. After mortars crashed onto the airfield, like camo-clad Sisyphus, my troops would go out to splice them before we got mortared again. Across a century, I recognized the adage that you never hear the shell that hits you. I had expected They Shall Not Grow Old to have a distant Brooklyn-hipster, Edward Gorey vibe, but minute by minute, it remained emotionally resonant.

The film’s single trench-raid sequence is a composite envisioned during the battle of the Somme. One soldier says that the hours waiting to go over the top of a trench and into no-man’s-land for a raid on the Germans “were the longest and shortest hours in life.” Towards the end of the film, a sequence lingers on men from the Lancashire Fusilliers waiting in a country lane to go over a small rise and into battle. German machine guns await them. Some look serious; some look nonchalant. Many are smoking cigarettes. One, resembling a very young Ewan Macgregor, looks directly at the camera, terrified. They are a hundred yards from where they are aiming to attack. As director Jackson relays at the end, that film was shot in the last 30 minutes of many of those men’s lives. On the first day of the battle of the Somme, the British Army lost more than 19,000 soldiers– nearly double the number of US troops killed in Iraq and Afghanistan combined. Whether they were bodies receding into the muck or carried on stretchers, or carried from Humvees or counted on a SIPRnet toll, I felt protective of these servicemembers a century apart.

Soldiers who survived World War I returned to joblessness, a demolished sense of purpose, and clueless civilian family members who argued points of fact about the war although they hadn’t been there. This was the similarity from the movie I found most chilling and touching. Ninety years later, veteran unemployment peaked at nearly 9% soon after the 2008 financial crisis, and since only about 8% of Americans have ever served in the military, troops’ sense of purposelessness and isolation can linger long after serving. I don’t know the half-life of my own sense of alienation, though it’s not as pronounced now as it was in the several years after I returned from Iraq. It may be something that lasts, in one form or another, as long as I do. 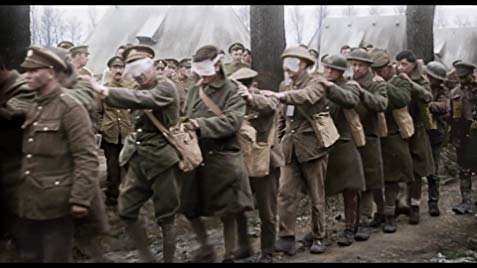 At the Basic School, our instructors drummed into us that we were stewards, holding the line and taking care to supply subsequent leaders with trained troops and clean equipment. As this fascinating, horrifying, ultimately edifying movie has shown, we veterans were indeed just placeholders, as those Tommies were before us. They Shall Not Grow Old captures soldiers’ fleeting effervescence. It reminded me of our losses, and of fellow troops I may never see again. World War I was supposed to be a war to end all wars. Instead, its human aspect spanned all of them. By 2019, so many of us have not grown old— as a result of combat, yes, but also from post-deployment mental illness, substance abuse and suicide, part of the long tail of war wounds. At some point, we will all die. The wars, however, go on. 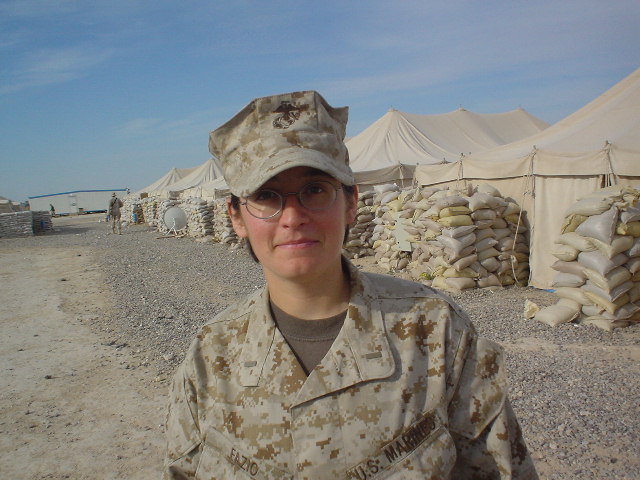 Teresa Fazio as a young second lieutenant on a base in Al Anbar province. Image credit: Teresa Fazio 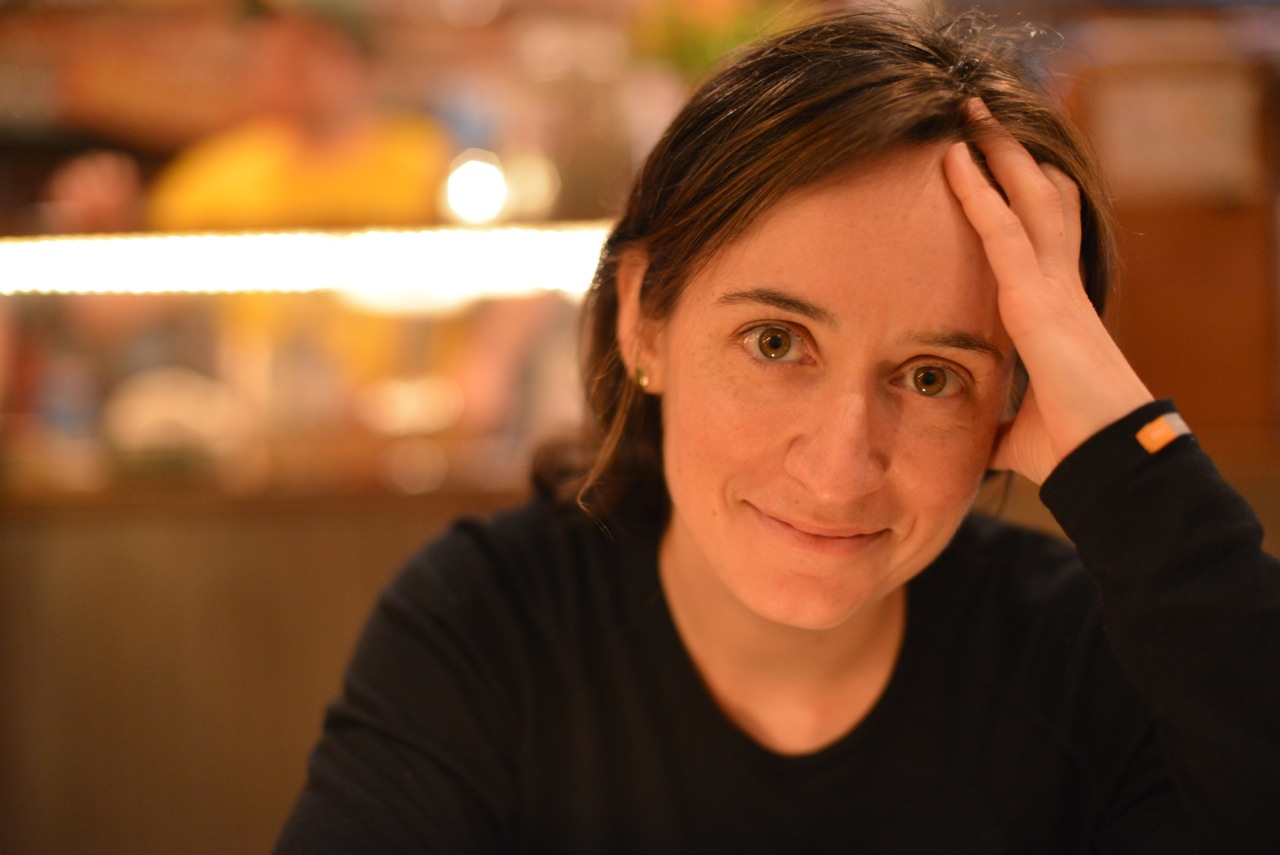 Teresa Fazio is an award-winning freelance writer and a former Marine Corps officer. Her work has been published in the New York Times, Foreign Policy, Rolling Stone, Task & Purpose, and The War Horse, among other outlets. She holds a Master of Fine Arts in nonfiction from Bennington College. You can follow her on Twitter [email protected]DoctorFaz

Ms. Fazio mentions aspects of Peter Jackson's superb documentary of the film's production which follows the credits in theatrical versions of "They Shall Not Grow Old". In Jackson's foreword to the main attraction he invites the audience to stick...

Ms. Fazio mentions aspects of Peter Jackson's superb documentary of the film's production which follows the credits in theatrical versions of "They Shall Not Grow Old". In Jackson's foreword to the main attraction he invites the audience to stick around to see it. But rather than staying many got up and left during the credits, their loss Those that remained were amply rewarded. They laughed, applauded, and at times choked up. Unfortunately this feature is not included in many of the on-demand and DVD versions available for purchase. Look for one that does.

Read More
Richard Bareford
There are no comments posted here yet