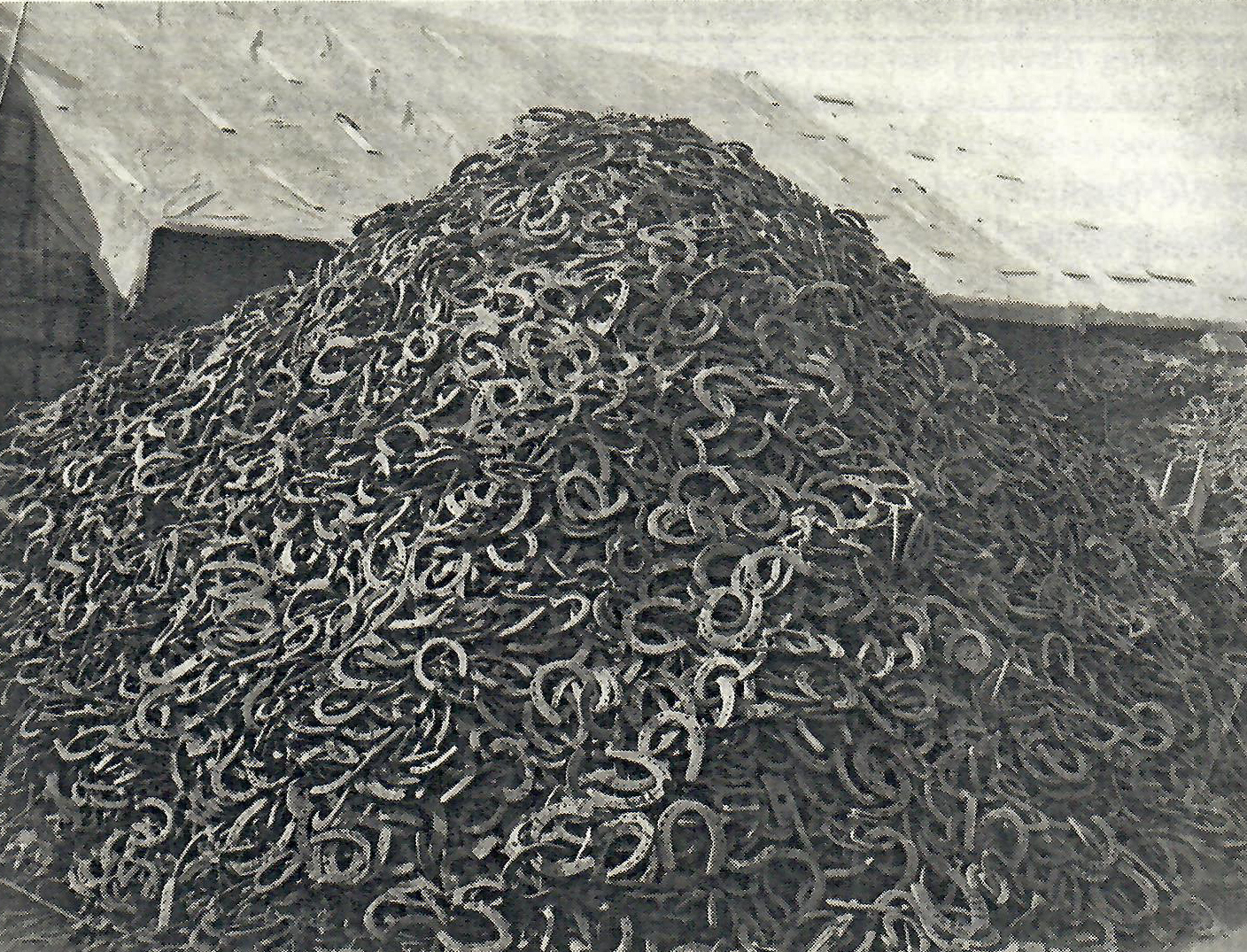 Discarded horseshoes at a British army camp. Can you find a front shoe, a hind shoe, and a mule shoe? Photo courtesy of British Royal Logistic Corps Museum.

Horseshoes have also not changed much, especially utility shoes such as those worn by horses and mules in the battlefield.

They are still made of iron, and are still heated at a forge and hammered on an anvil, shaped to fit each individual animal's feet.

Front shoe, hind shoe, and mule shoe. The front shoe is for a draft horse and is substantially larger than the hind shoe, which is for a riding horse. They still come in the same sizes and shapes, front horse shoes round, hind horse shoes narrower and more pointed, and mule shoes with their characteristic U-shape, nearly identical front and back.

There is little information about horseshoes during the war, probably because they were considered a routine item of supply not worth further mention. There were advertisements in the Cavalry Journal for both shoes and nails – evidence that true horsemen did think about these necessities. 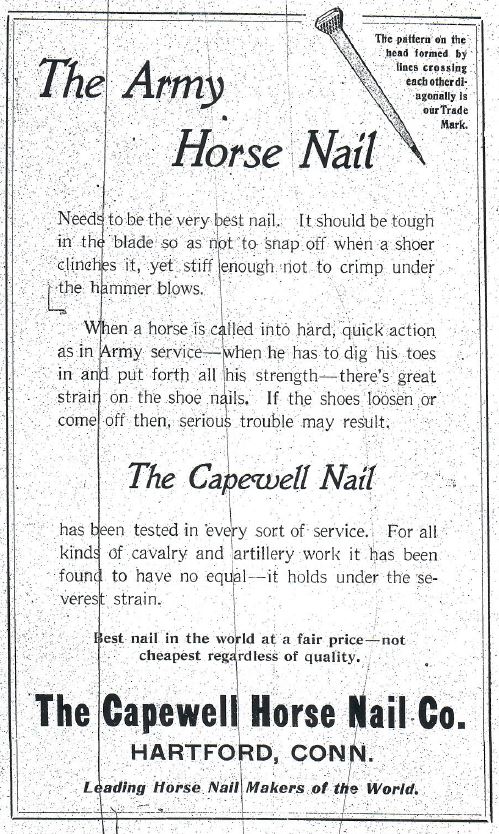 Thinking about horseshoes can lead to a little fun with math:

Estimates vary of how long each animal served after being bought for the army, but 30 months would seem a reasonable average – some of that in training in the U.S., some standing around in remount depots waiting to be shipped overseas, and some on the battlefield. Much of that time, the animal might not have been shod – for instance, part of the time in the remount depot in the U.S. 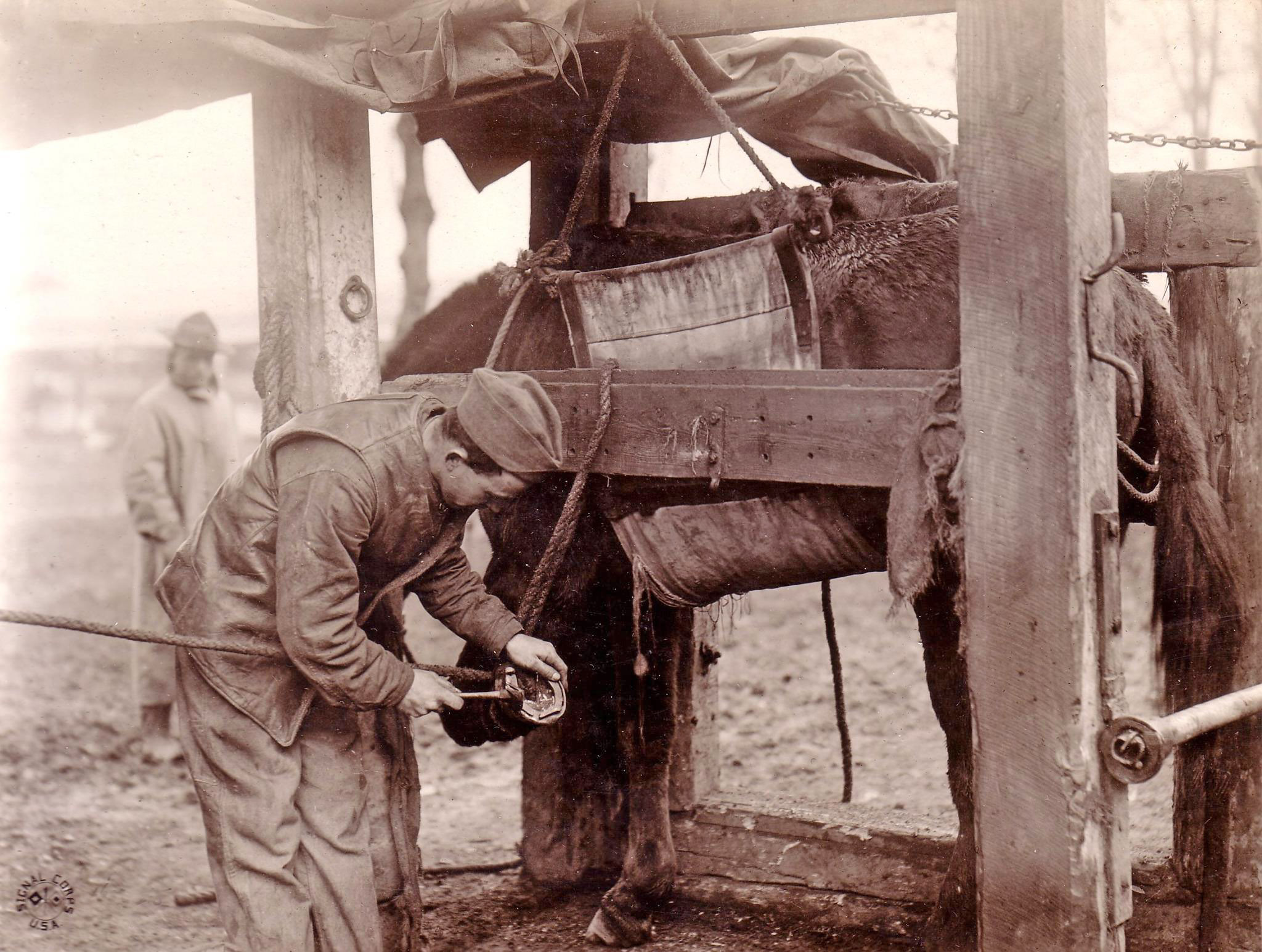 Preparing to shoe a reluctant mule. Notice the sling under his belly and the stocks to hold him in place, as well as the rope around the pastern of the foot that is being shod. But on arrival in France, and for the entire duration of its tour of duty there, every animal wore a full set of four shoes.

So for the sake of averages, let us say that the animal wore shoes for 15 months – probably conservative.

Horses and mules need to have their shoes either replaced or, at a minimum, re-set, every 6 weeks, because their hooves grow at the rate of about ¼ to 3/8 inch during that time – the amount varies with the time of year, nutritional status of the animal, terrain, and probably other factors as well. One set of shoes will often last for 12 weeks, that is, for an initial shoeing and one re-set.

So, each animal would go through at least 6 sets of shoes in those 15 months. Perhaps more, because in the mud, many shoes were lost, and the animals were being worked long hours, with more wear on their shoes as a result, and probably not as many re-sets. 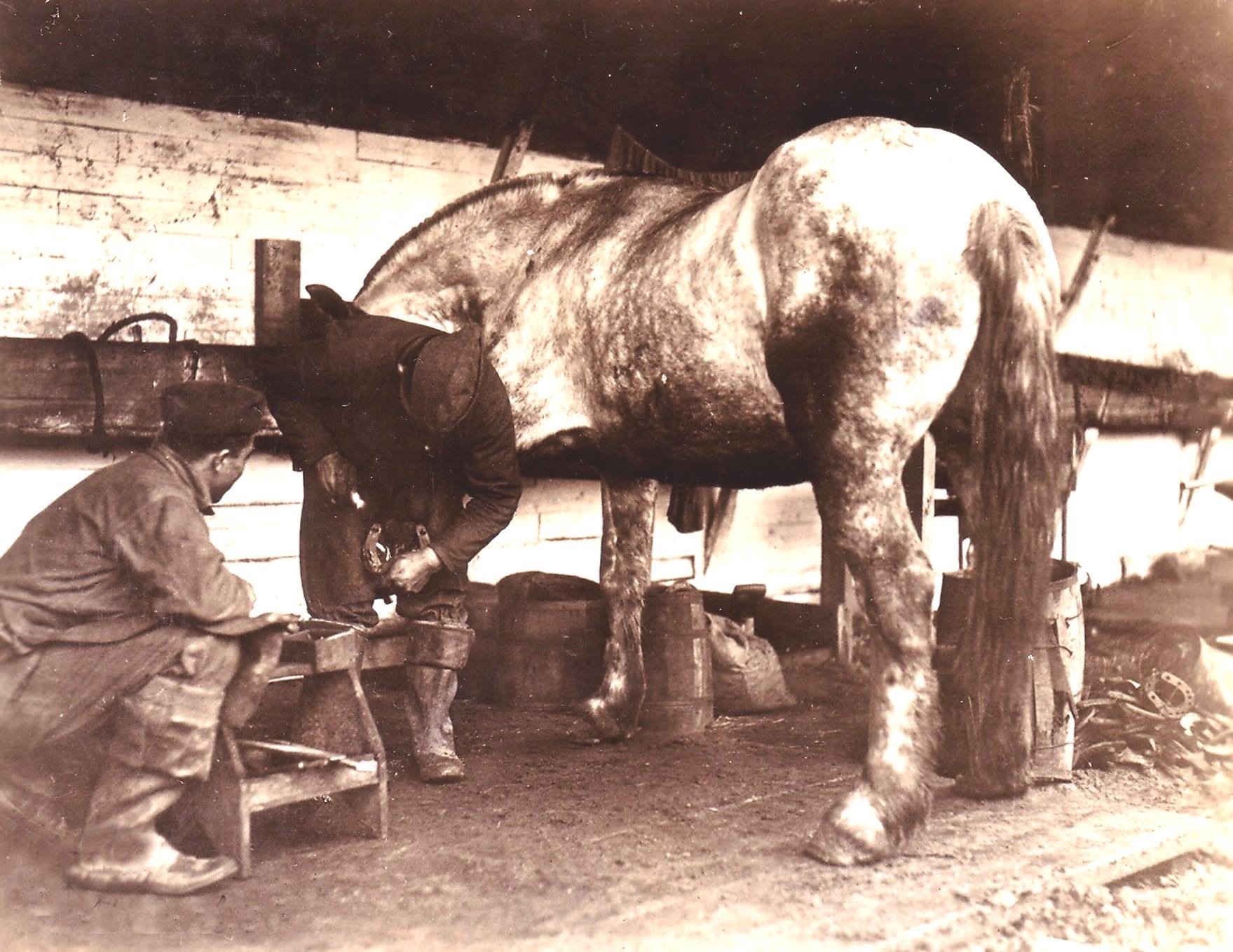 To try to get an idea of how much this really is, it is about the same as the weight of 1,150 pickup trucks.

Each shoe requires 6 nails: over 35 million nails for just the A.E.F. horses in World War 1.