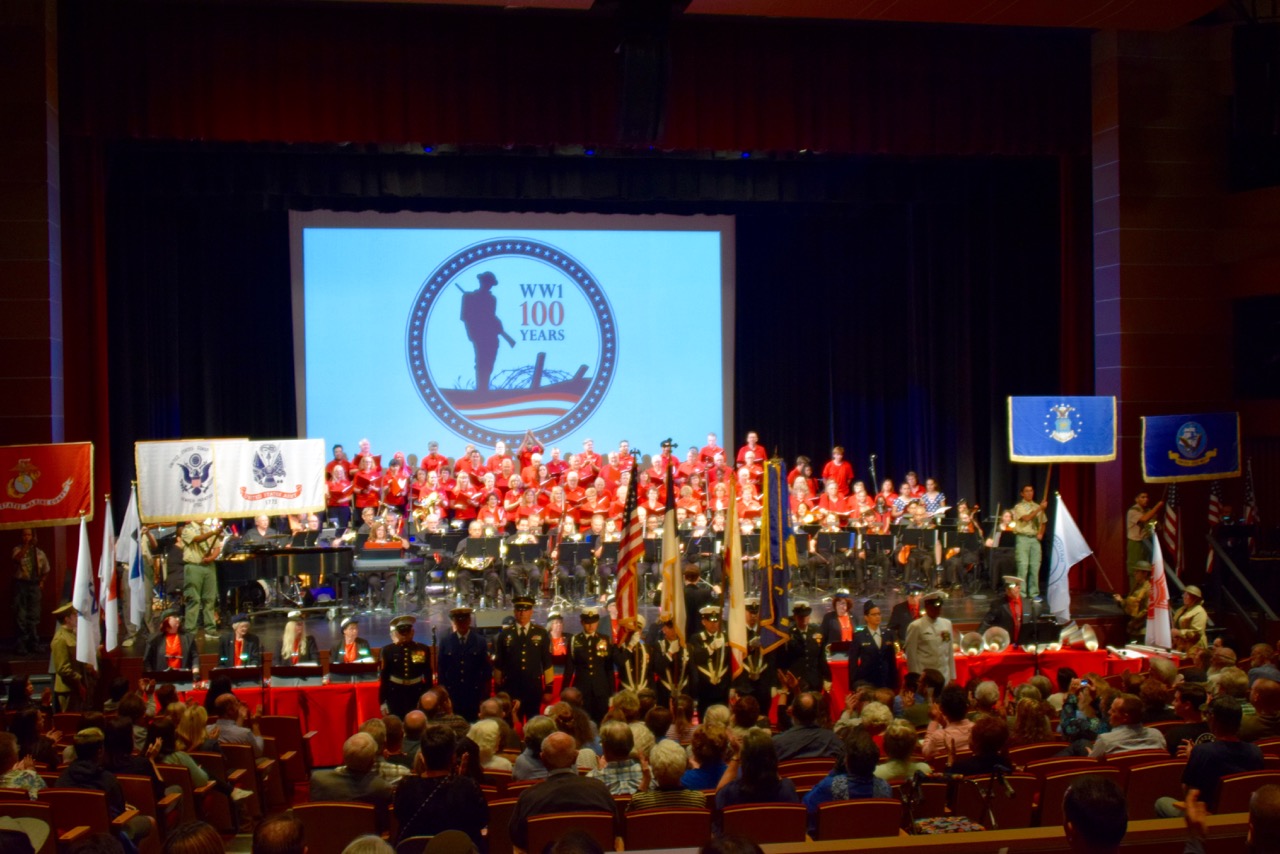 Springsation 2017 World War 1 commemoration featuring representatives of all branches of the U.S.military, and re-enators in authentic WW1 uniforms including Doughboys and a Salvation Army Doughnut Dolly.

Once again, the musical spectacular that was Springsation, a memorable extravaganza of music and dance, performed by non-professional as well as professional youth and adult artists from many Southern California communities, churches, and schools was presented at the gorgeous new Bonita Center for the Arts in San Dimas on June11.

The two performances of the show’s usual large vocal choirs and three handbell choirs, accompanied by an incredible orchestra were again directed by Martene Craig who gathered the musicians from Los Angeles, San Bernardino, Orange, Riverside and Ventura counties, along with some from out of state. This year’s gala focused on family encouragement in addition to recognizing the 100th anniversary of World War One.

The first portion of this year’s Springsation featured the theme of Uplifting the Family utilizing celebrated tunes from musicals carefully selected for their lessons of reassurance for family. Director Craig pointed out that the music of movies and stage provided a wonderful resource for her to draw upon for the theme. Pianist, Judy Smith noted that it’s been a tough year for many in the cast already, but the members of Springsation are a family, “and we support and pray for each other.”

One number emphasized the point of family when the singing siblings, the Pritchett brothers, joined their step-father Dennis Blom for “A Place in the Choir” accompanied by fiddle and banjo.

During intermission the audience had

the opportunity to peruse the WW1 Centennial Task Forces' display of artifacts from the war including items actually carried by our soldiers and a complete Doughboy uniform. On the walls were recruitment posters of the time and original maps of battles fought. Reenactors from the Great War Historical Society were also on hand to answer questions and explain who the individuals were that they portray. There was even a "Doughnut Dolly" from the Salvation Army Hut. 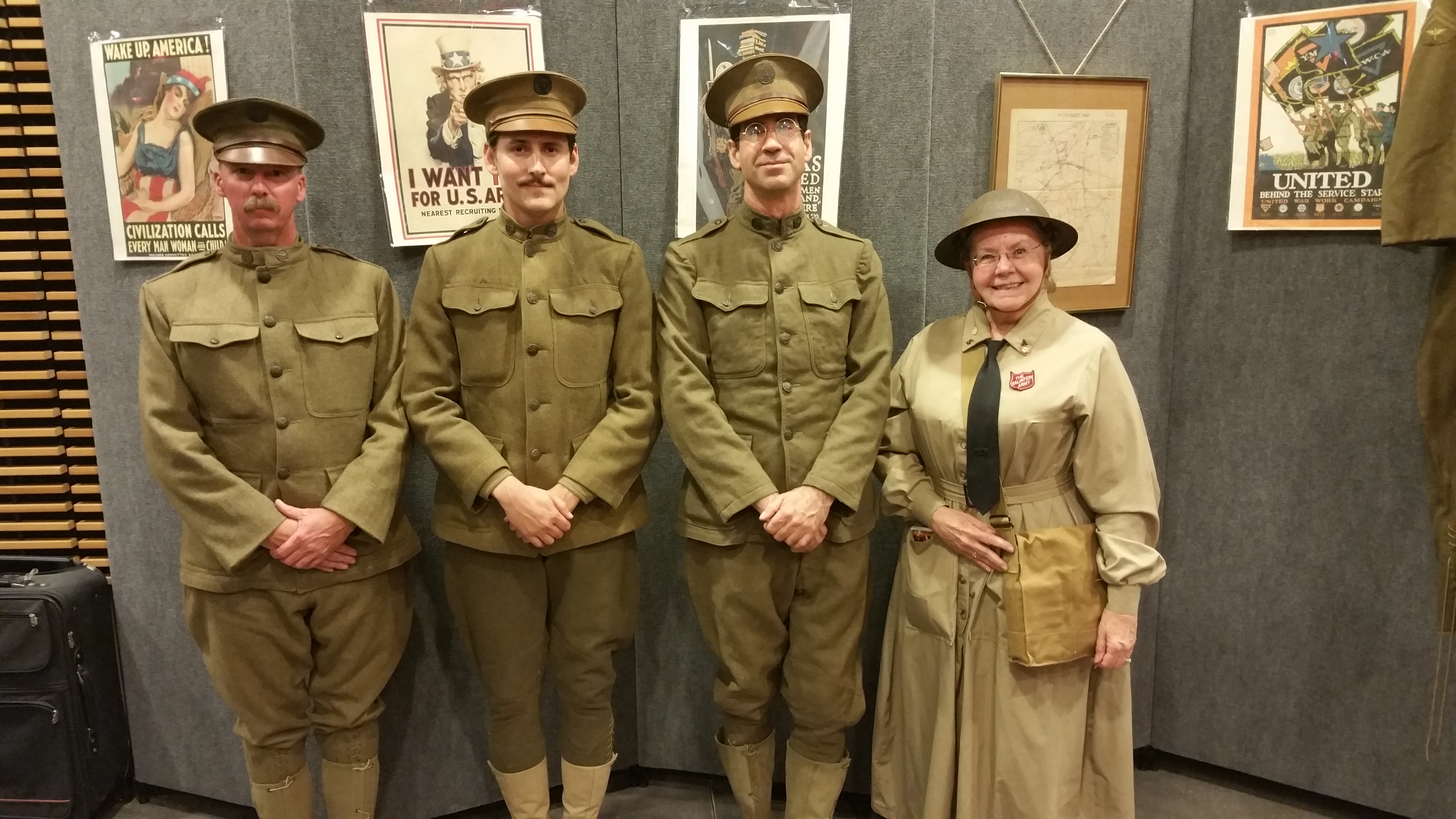 Re-enactors from the Great War Historical Society stand ready to serve at Springsation 2017.

The last third of the program, was devoted to the American patriotic spirit, and acknowledged the centennial of the Great War, and commemorated the Americans who served in World War One. It began with a rousing patchwork of notable George M. Cohan tunes of the time, 100 years ago, called “Grand Old Yankee Doodle Extravaganza.” 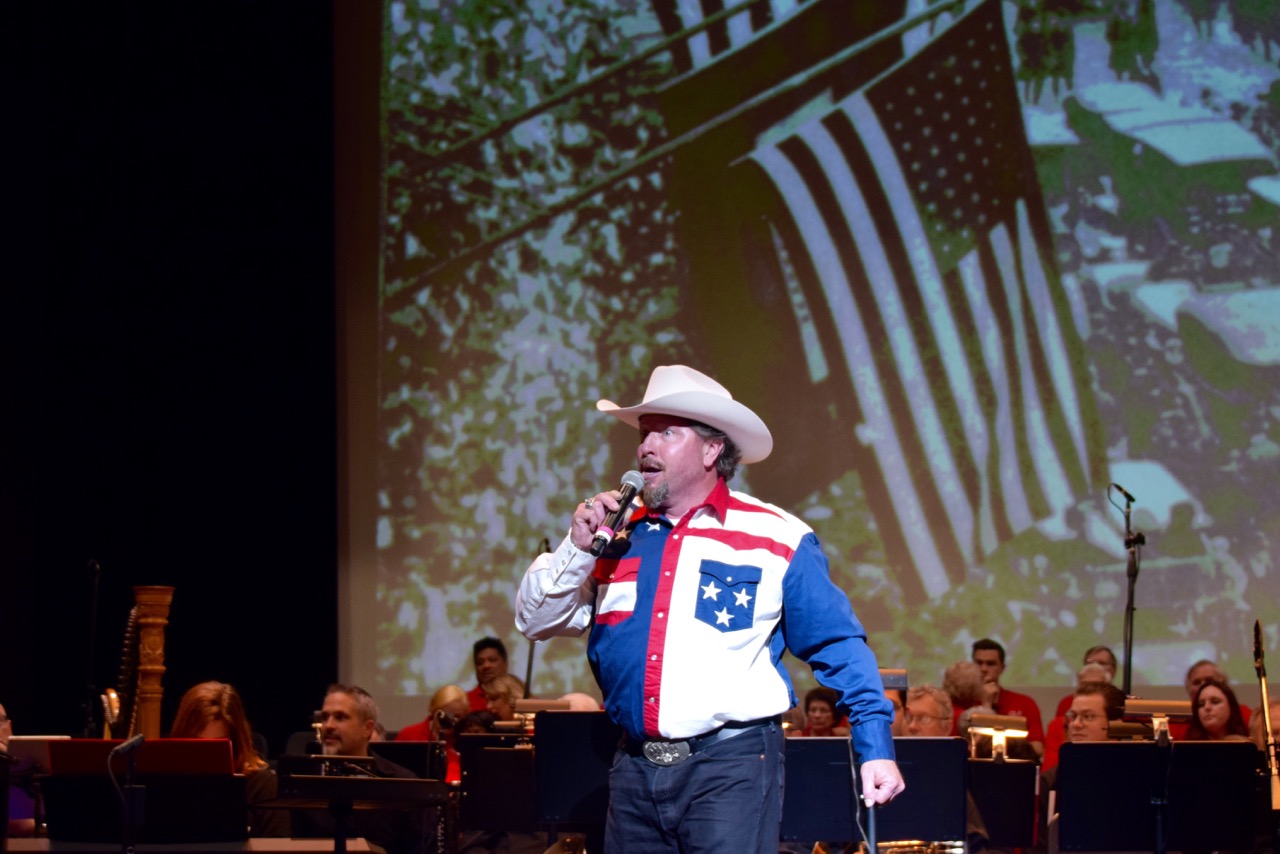 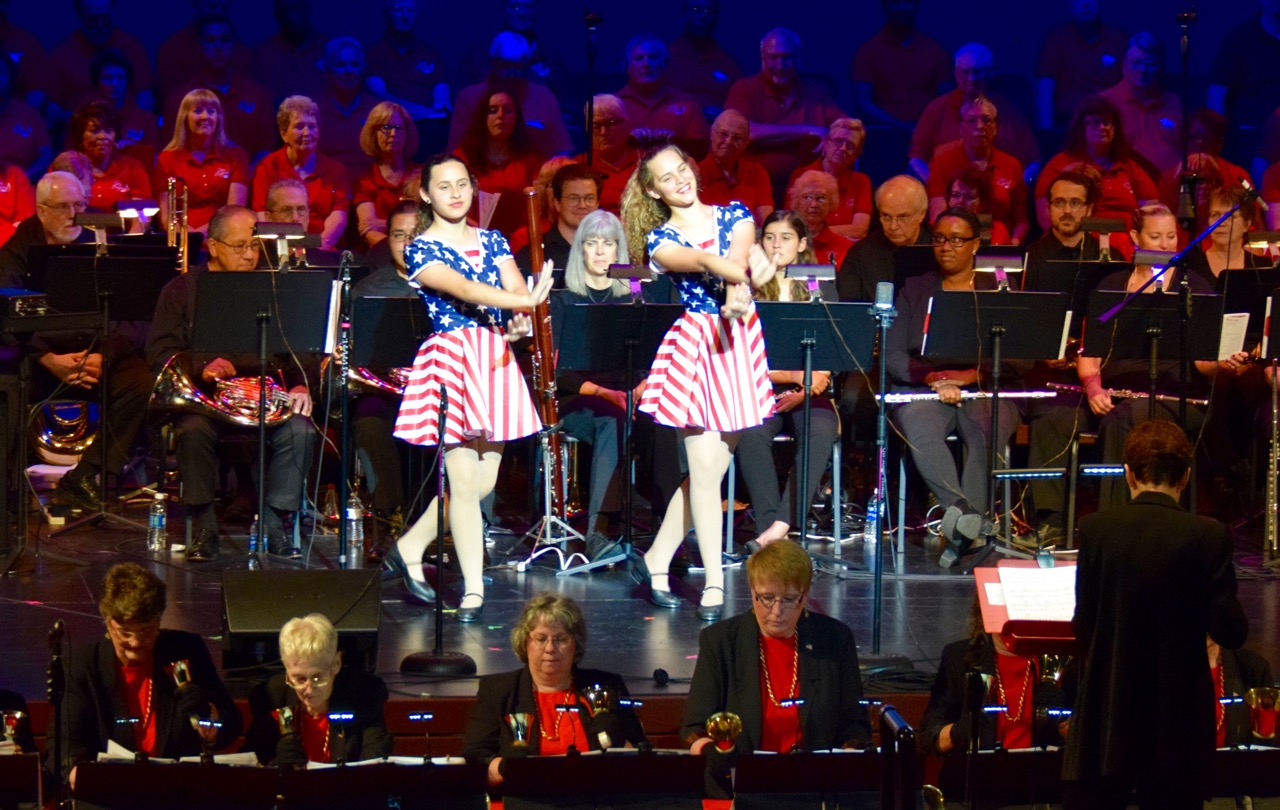 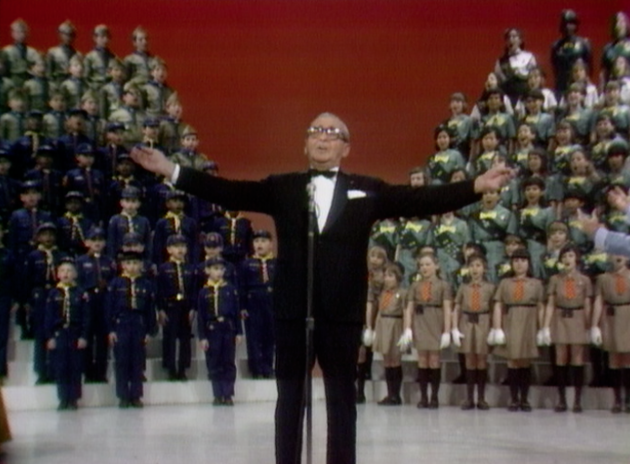 The audience was informed that though Irving Berlin did not use “God Bless America” as was planned in 1918; in 1938, when Kate Smith needed a patriotic song to mark the 20th anniversary of Armistice Day, celebrating the end of WWI, he offered her this song, and history was made. 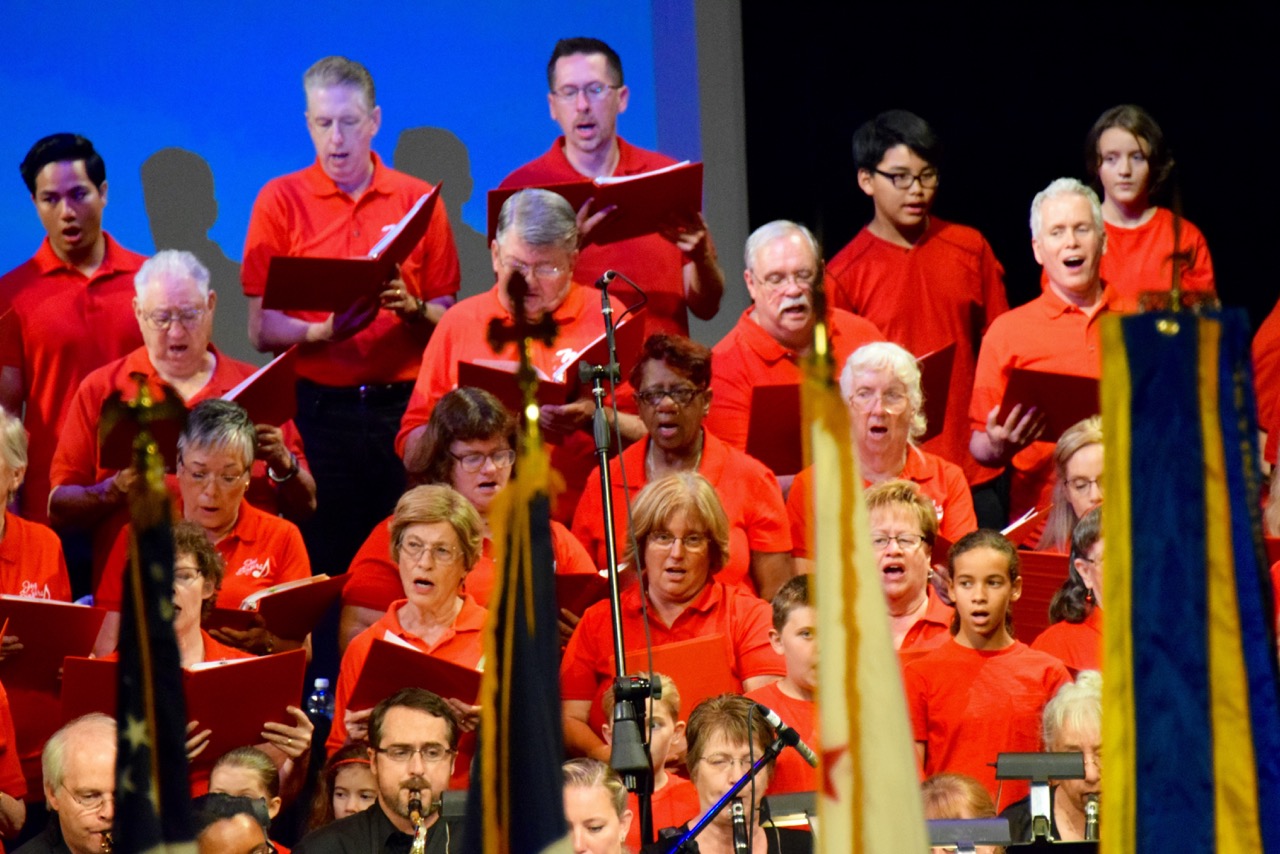 This was followed by the inspiring hymn of the homeland written by an American Doughboy whom the Army had enlisted to write music for the cause. The combined choirs sang Irving Berlin’s, “God Bless America” as the La Verne Lutheran High School’s Navy Junior Reserve Officer Training Corps’ color guard proudly presented the national and state standards.

The patriot’s heart was further charged when U.S. Army, Navy, Marine, Coast Guard, and Air Force personnel all participated in the Armed Forces Medley, a salute. While the Springsation combined choir sang, Boy Scouts from San Dimas and La Verne troops carried in the banners of each respective branch of service. These were

accompanied close behind by re-enactors dressed as WW1 Doughboys who bore flags of all the service organizations that attended to the troops in France over there at the time. The YMCA, The Catholic War Council, the YWCA, The Jewish Welfare Board, and The Salvation Army were all so honored. It all

added together for an exciting standing ovation as the audience witnessed the peak of emotion as the WW1 Centennial was commemorated at the song's end.

Patriotic élan soared again with the singing of the emotional “Mine Eyes Have Seen the Glory” with handbells, orchestra, and choreography. 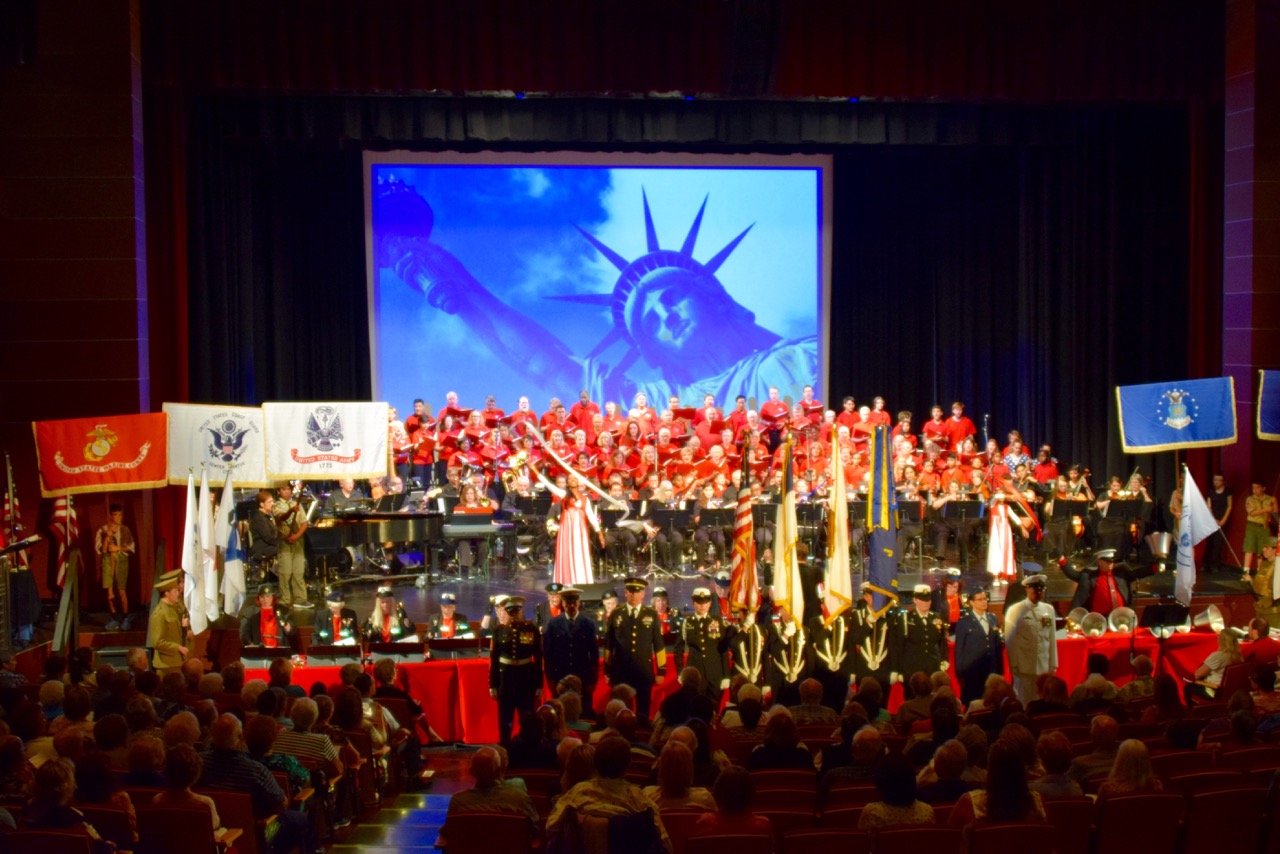 The program ended with the powerful “Highland Cathedral” accompanied by the combined handbell groups, the orchestra, and soloist bagpiper. 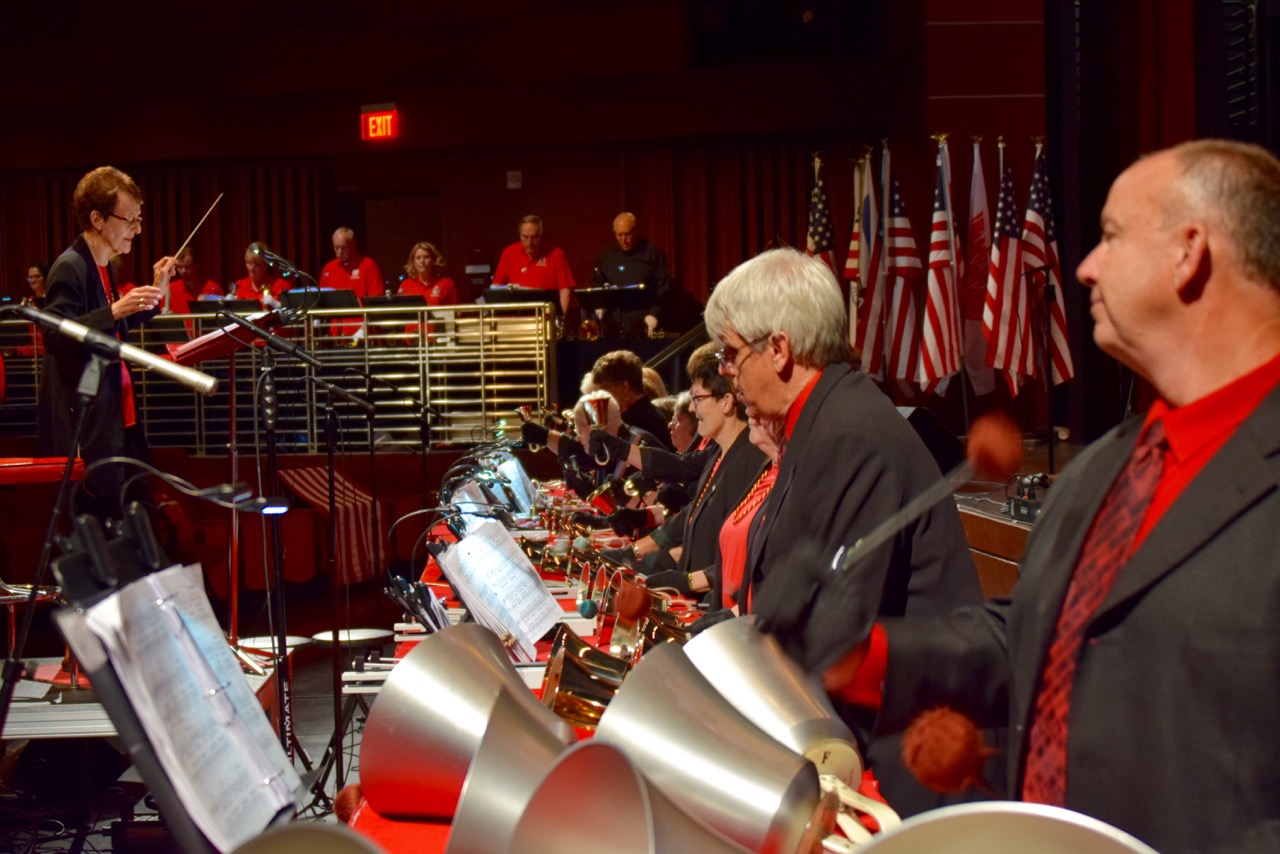 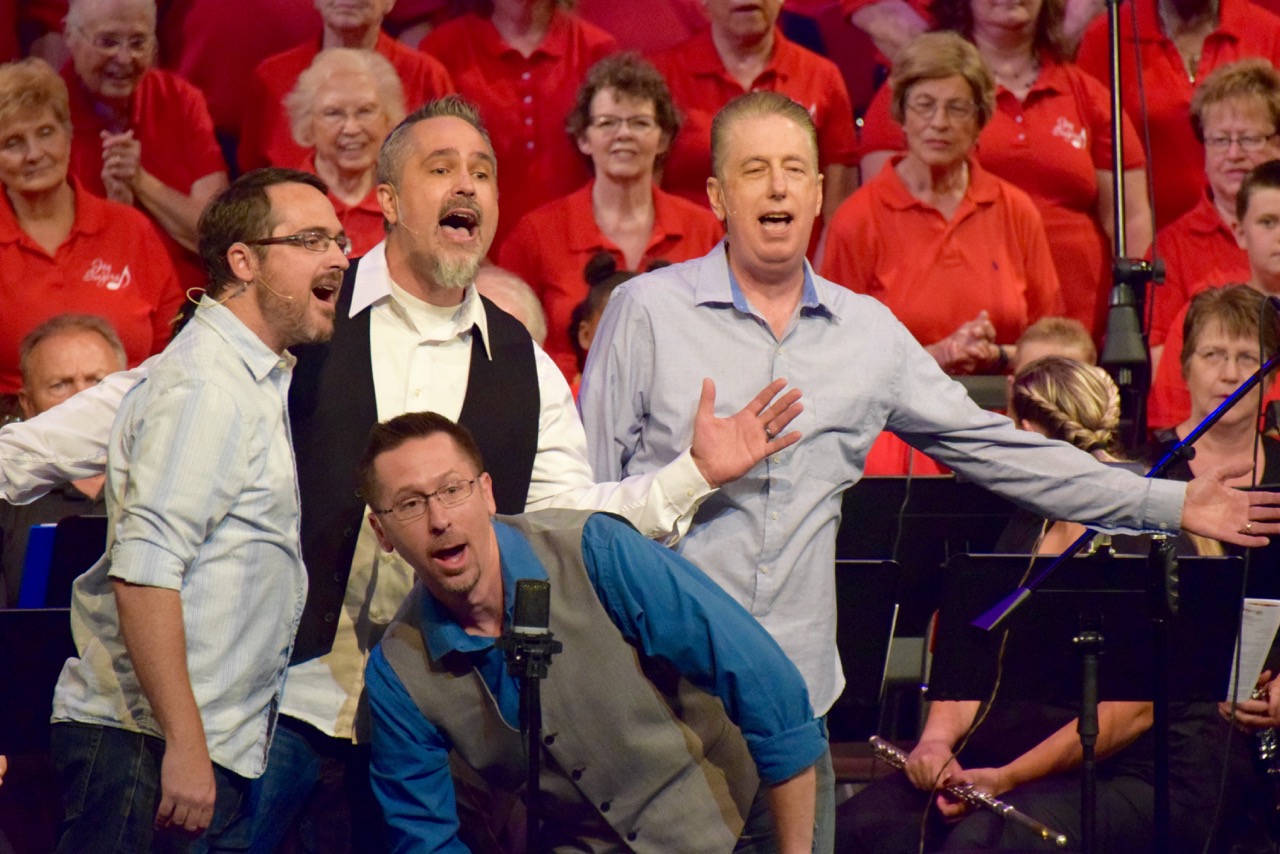 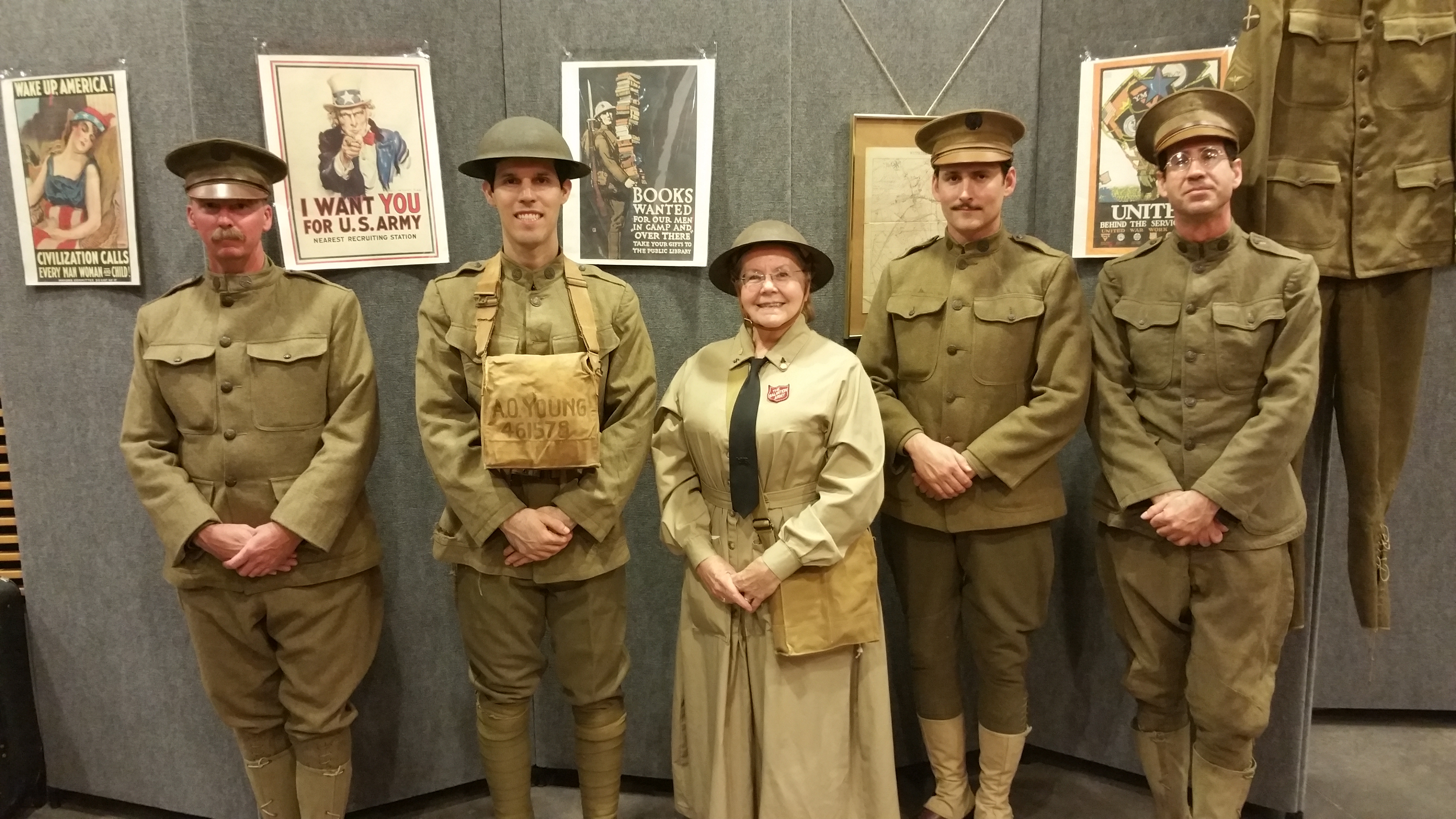 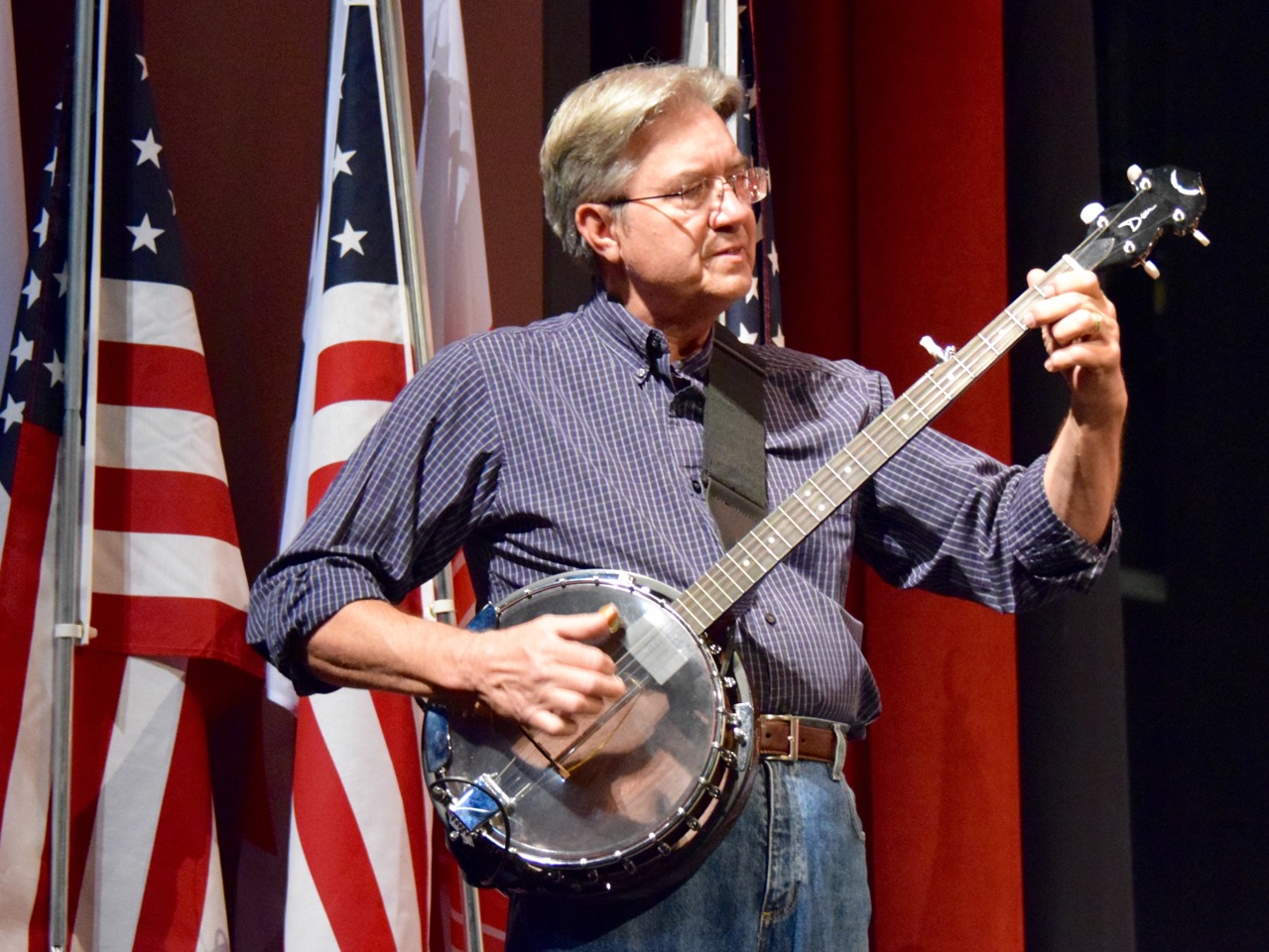 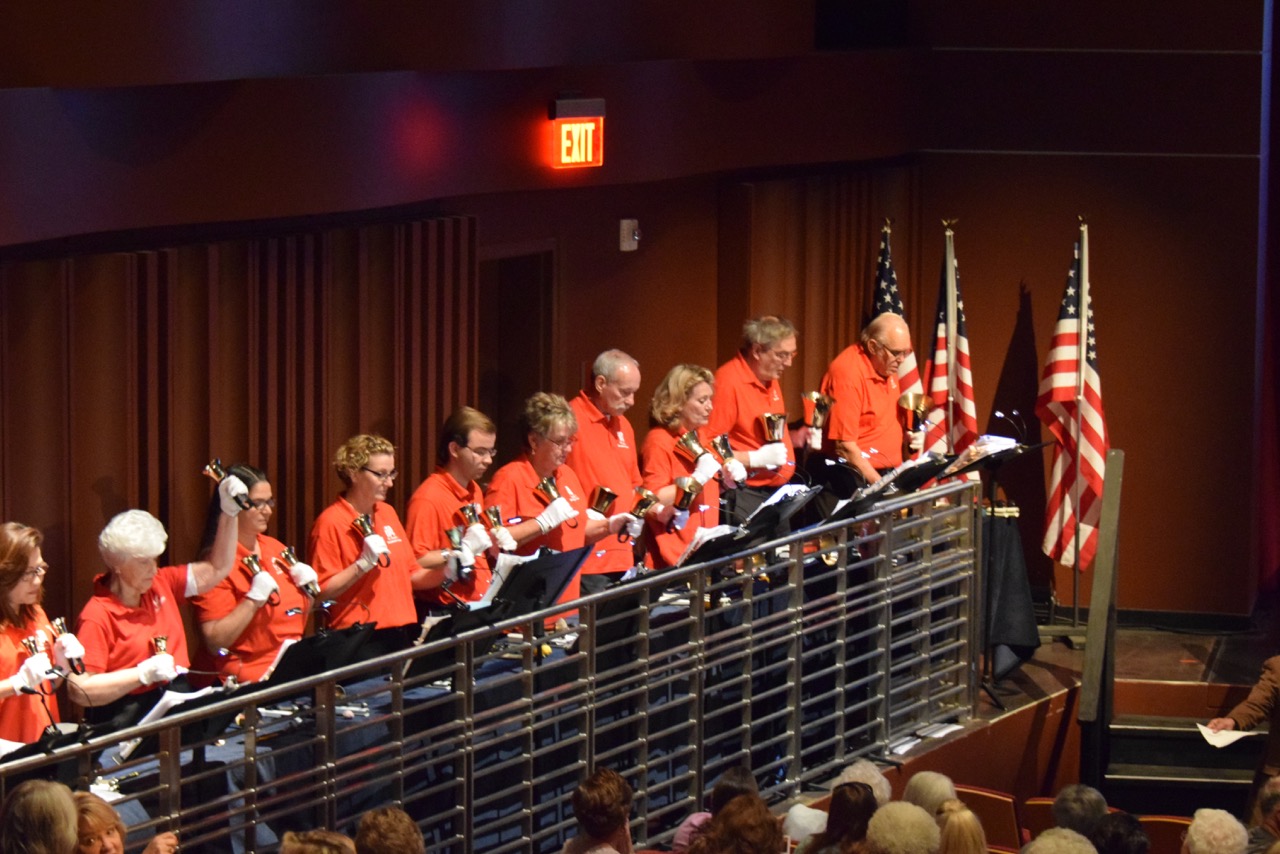 The Advanced handbells during the overture 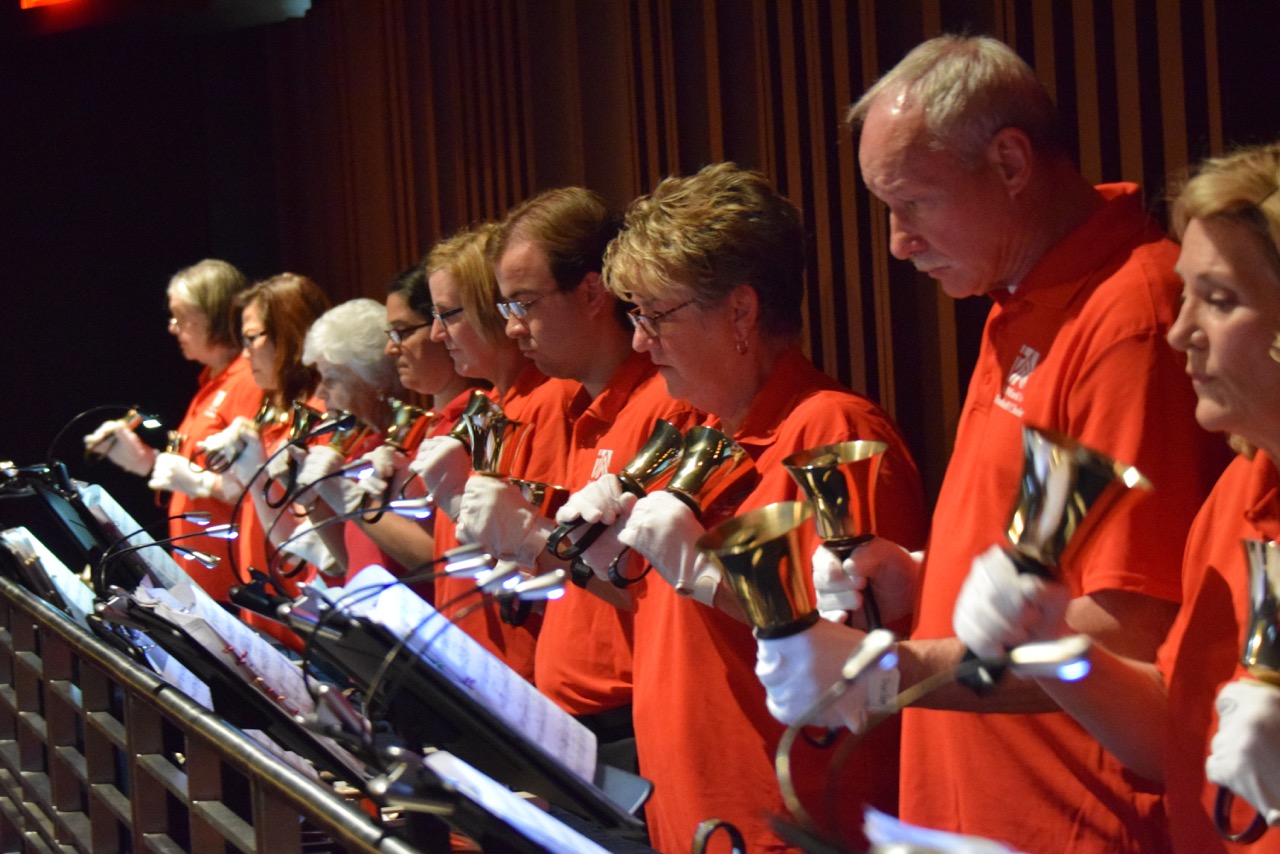 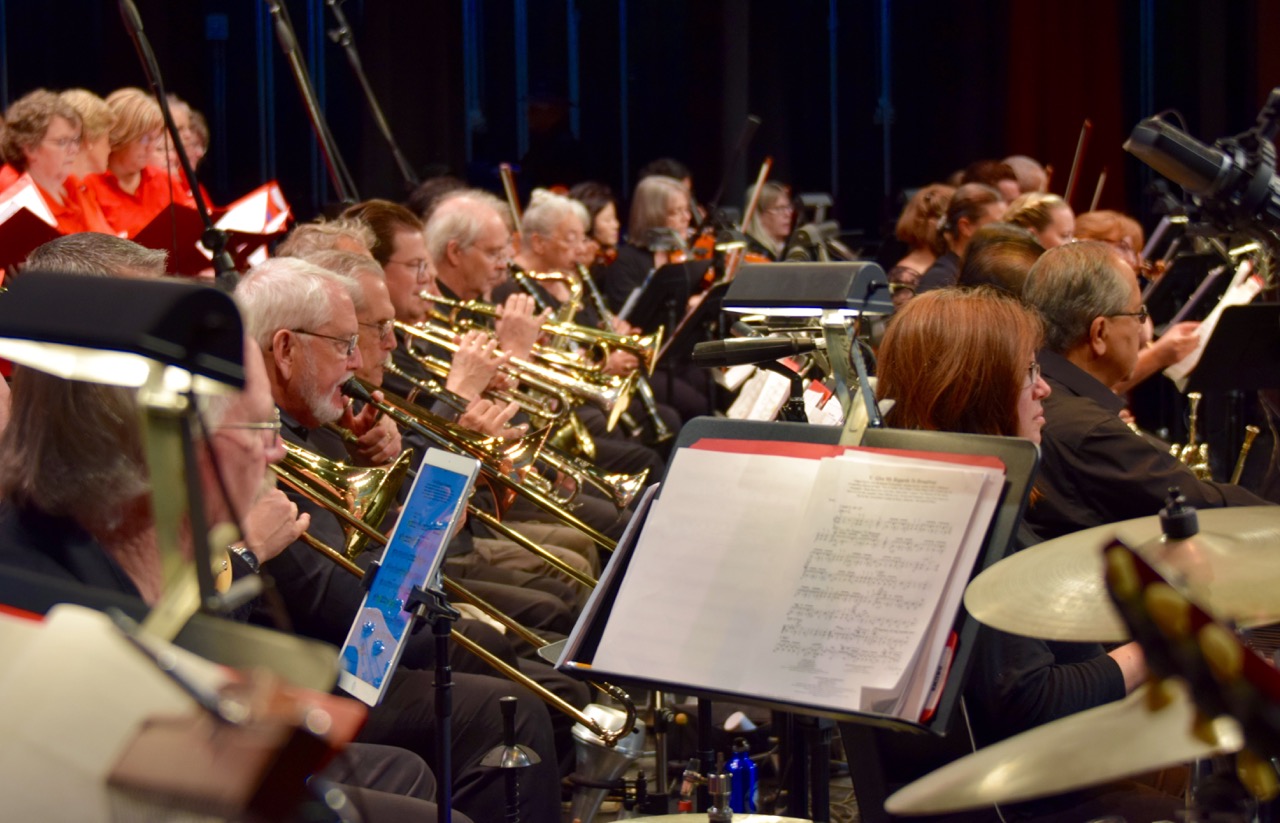 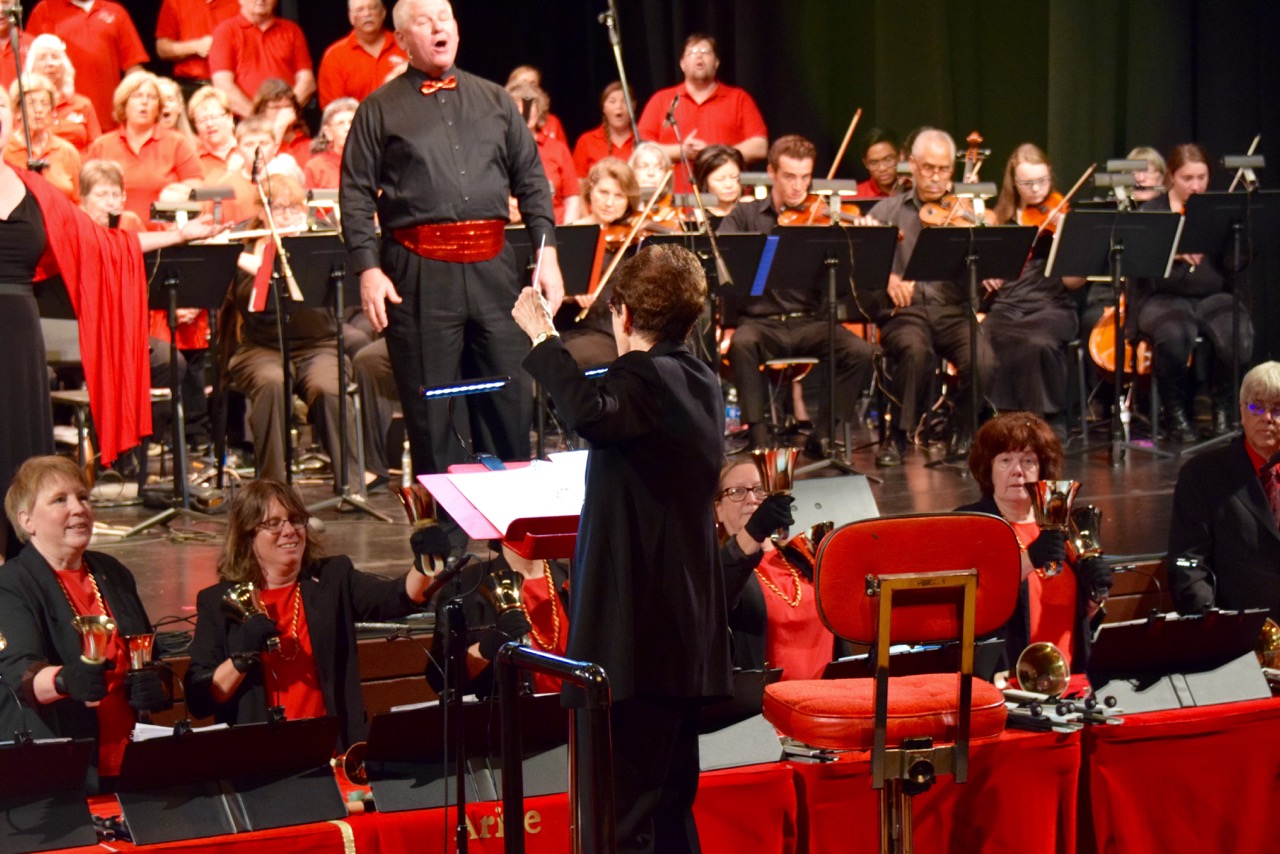 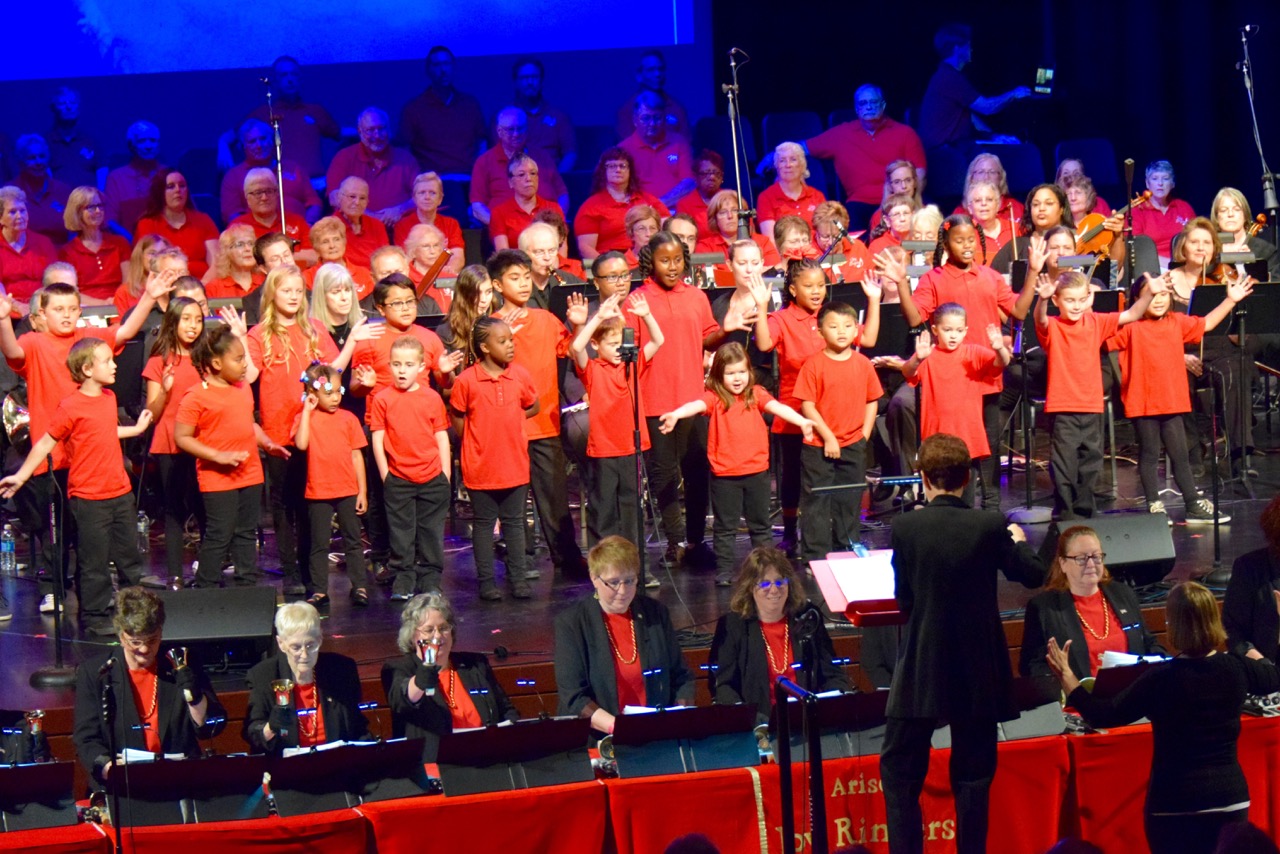 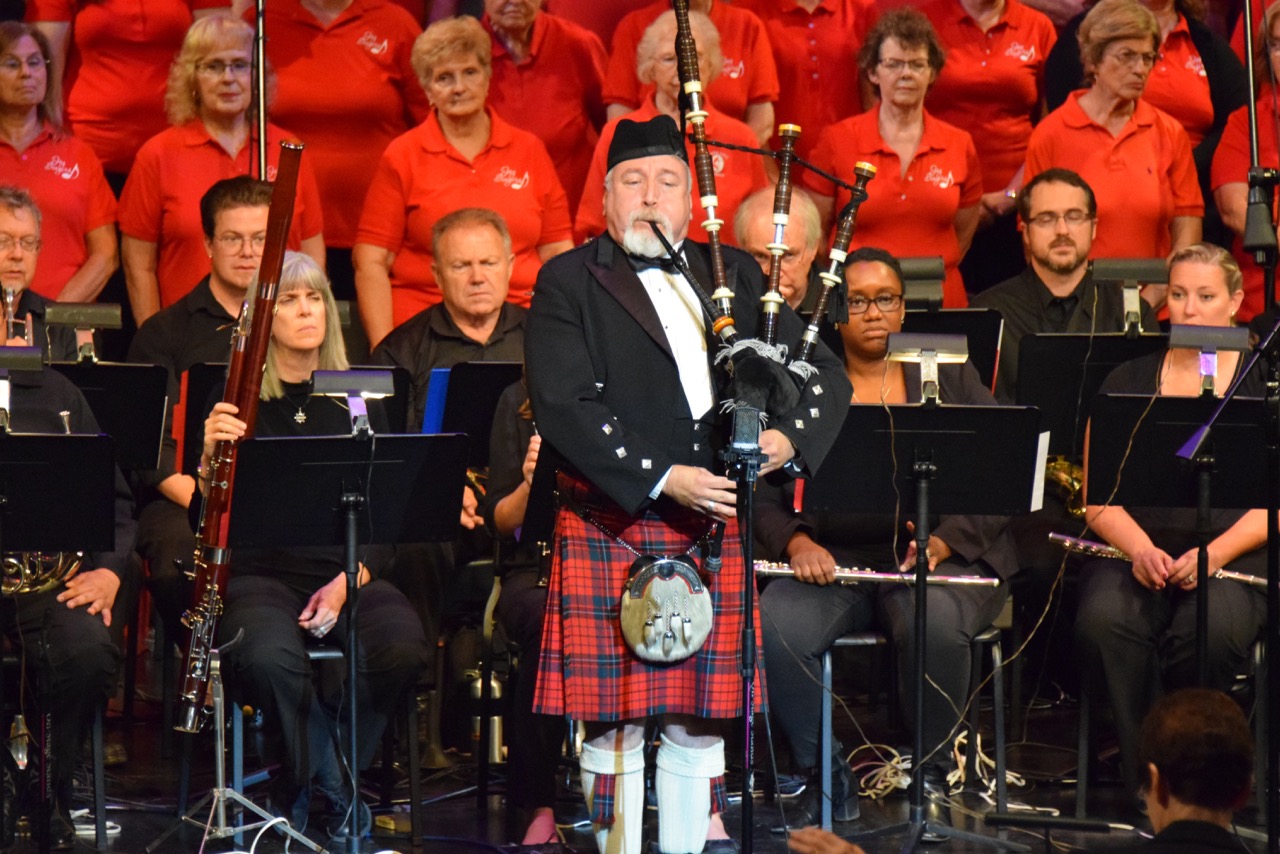 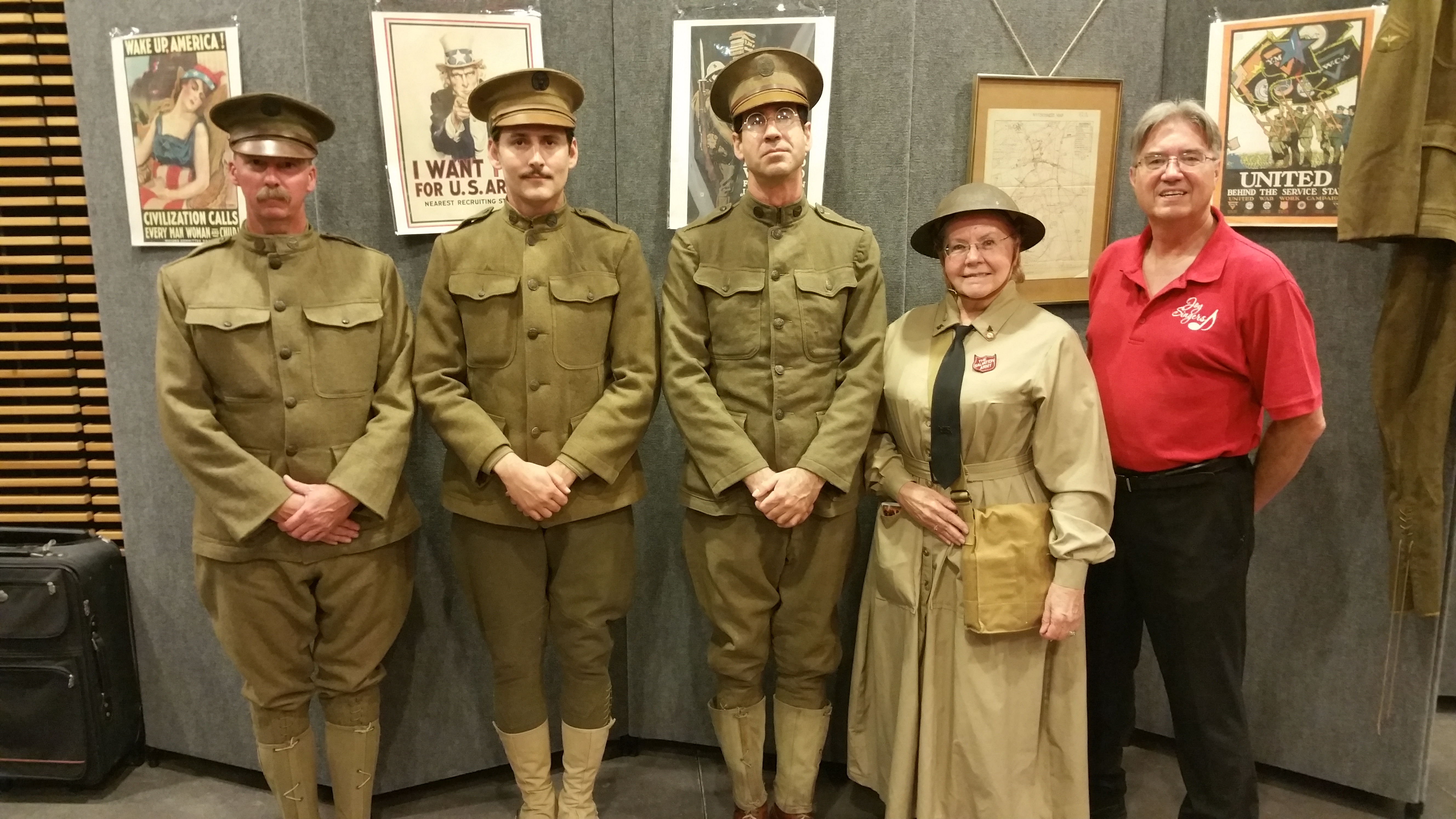 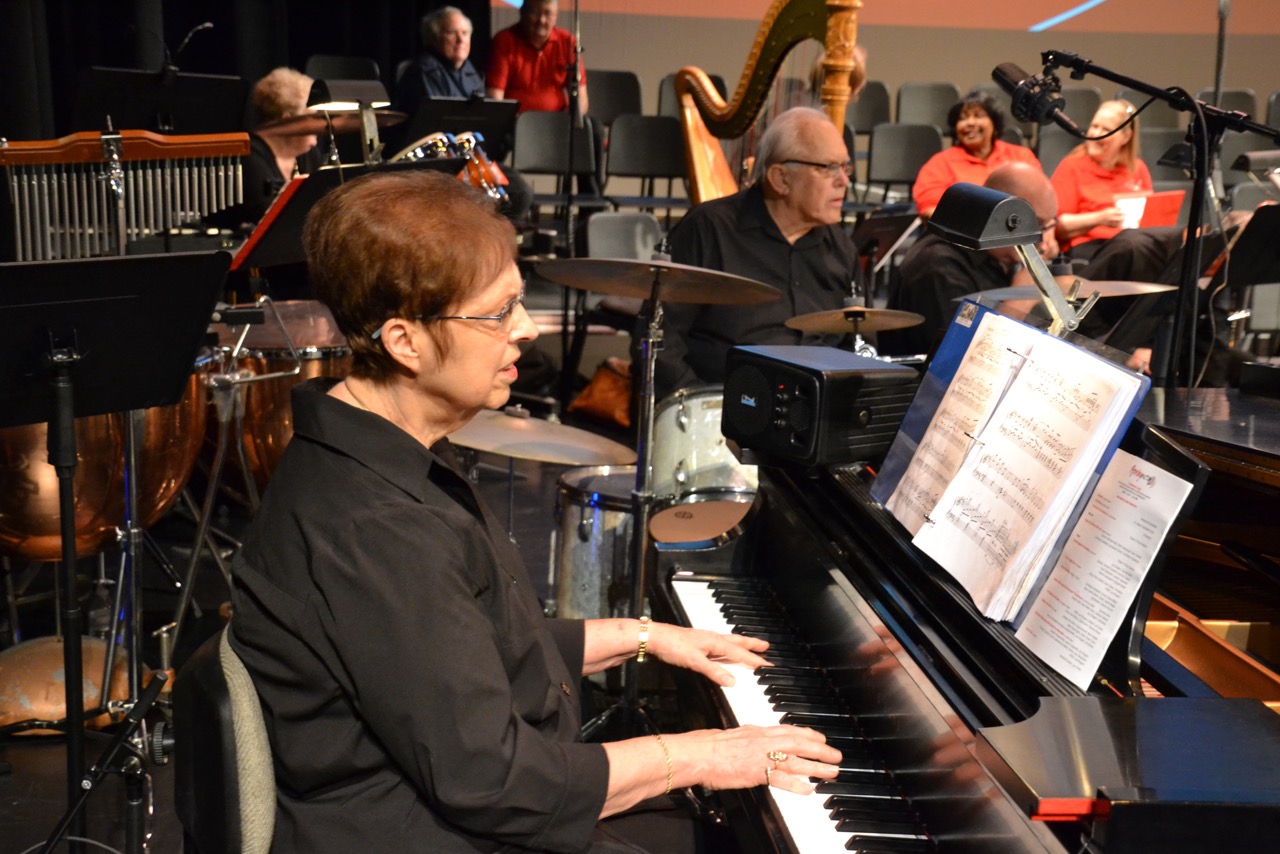 For more photos and information visit Springsation 2017 - A Memorable Event.