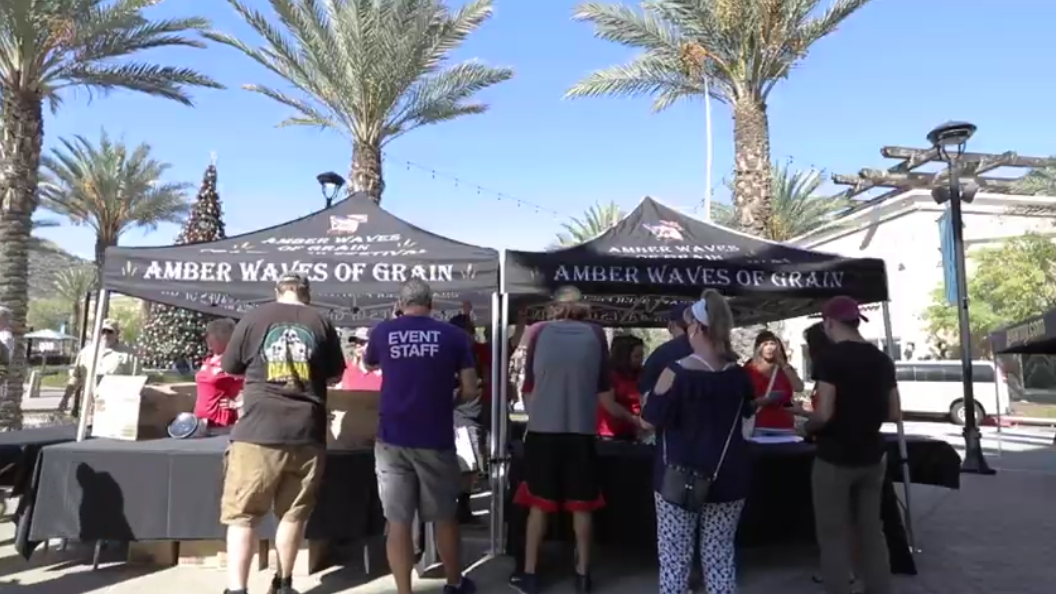 Check-in at the 2018 Amber Waves of Grain Festival.

For the second year in a row the Amber Waves of Grains Festival in Corona, California had asked the California WW1 Centennial Task Force to staff a booth and present a WW1 display . The festival, not just known for its offering participants the chance to sample the many craft beers of the Southern California area, is an annual effort to raise funds for Veterans Service Organizations, or VSO’s. 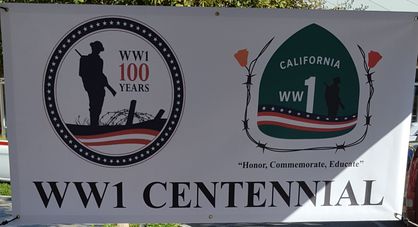 Arriving at the Shops at Dos Lagos on November 3rd was like attending the set-up of any open market area, everyone is busy trying to get ready for the crowds. This was no different, although there was always someone around who could get you the help you needed. My husband, Bill Betten, Co-Director of the California WW1 Centennial Task Force was as busy as usual setting up the Task Force booth and his extensive WW1 display, and relied upon the helpful Bill Steinkirchner, an event organizer and owner of Stone Church Brewing. Bill, a retired U.S. Army colonel, was able to locate for us some necessary tables. 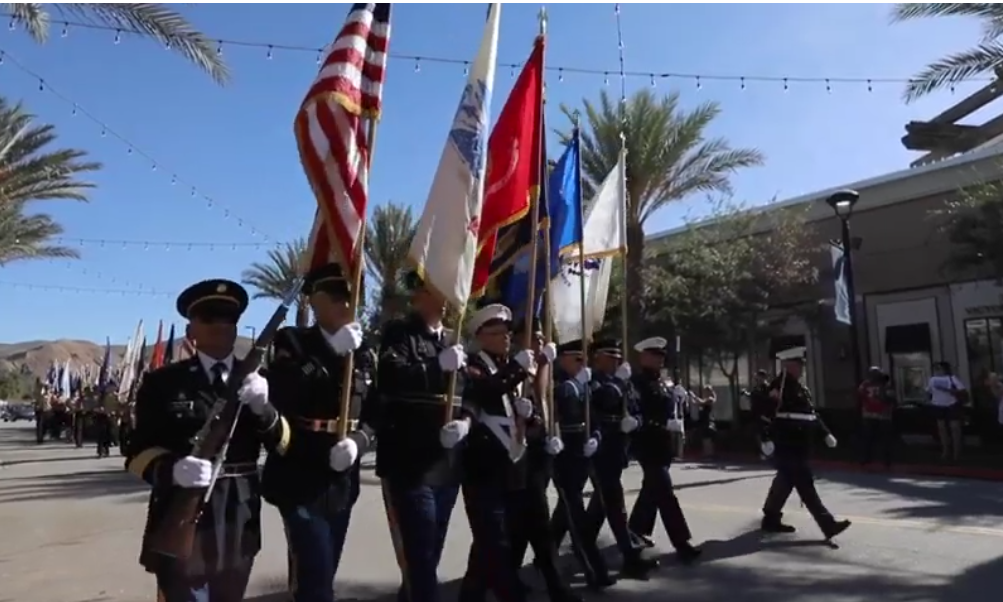 Once we were set up it wasn’t long before the event’s parade got started. As usual for this parade, it wove its way down the middle of the street that divides the shops at Dos Lagos and stood lined with the wide-variety of booths. Local High School bands, military outfits, veterans, veteran motorcycle clubs, vintage military vehicles, classic cars and more made for an exciting and entertaining parade. It seems the crowd gets bigger every year. As we watched, our patriotic spirit was recharged. 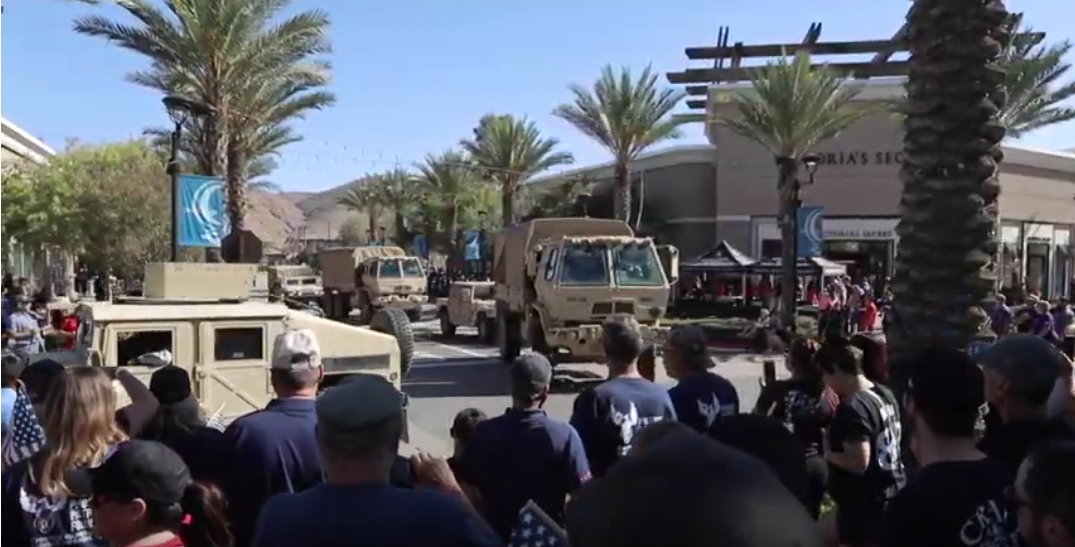 My favorite entry was the old veteran driving the self-propelled gun. It was so unusual that I did not realize that there was a big hairy gun sticking out the back. I thought it was some kind of a pole that he was delivering. I was distracted by the funny-looking ATV cart it sat on, not to mention the vet's ear-to-ear grin. 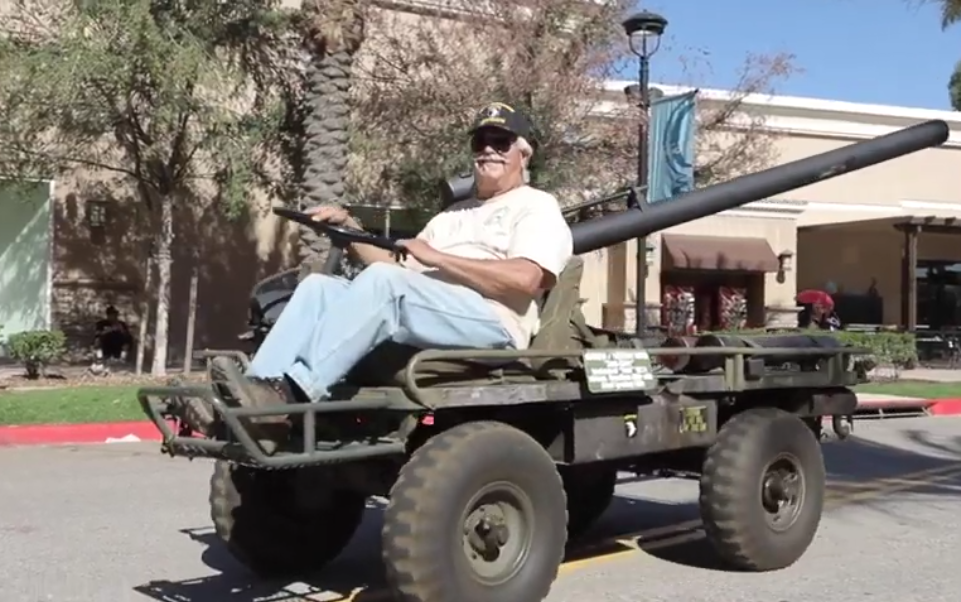 To top off an already exciting parade we were treated to a aircraft fly-over. Two military helicopters came whizzing down the parade route causing the audience to cheer in delight. This was a special 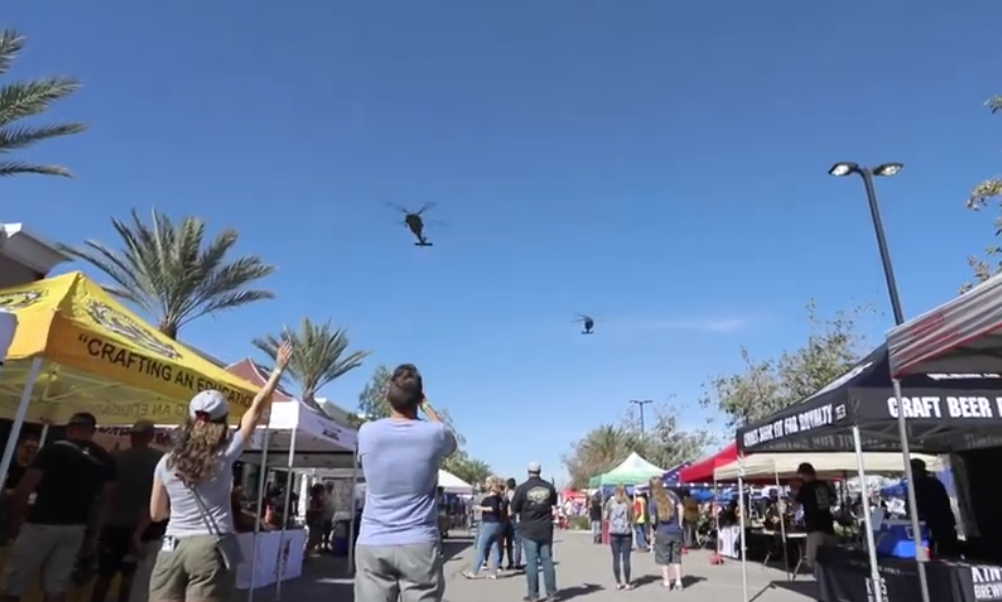 unexpected surprise. These types of bonuses are traditional for the Amber Waves of Grain Festival. Last year they had a functioning World War Two Sherman tank.

As Bill Steinkirchner will tell you, the real purpose of this gathering is to support veteran groups, although the crowds may tell you it is to sell craft beer tasting tickets. 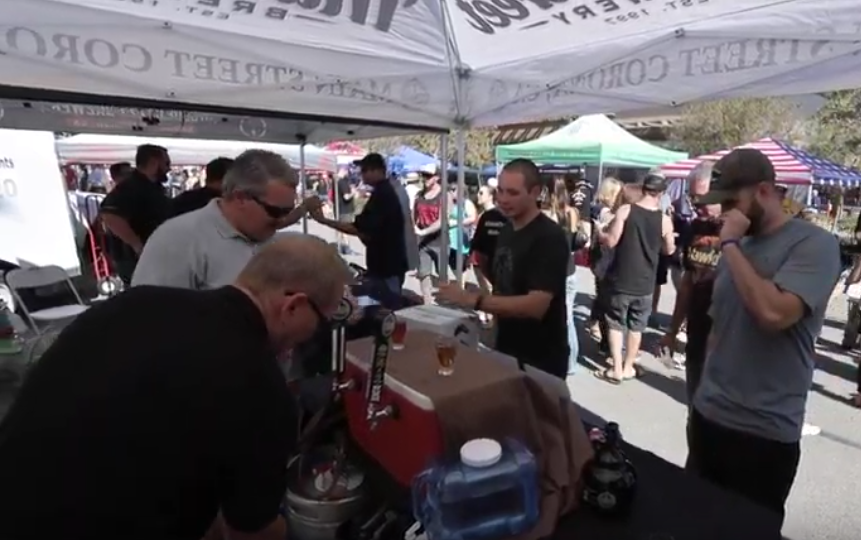 In reality though, it is the beer tasting that raises the money, since all proceeds are donated to the many Veteran's service Organizations. A ticket allows adult participants to sample from all the many microbrewers contributing. And trust me, there are lots of them wanting to show off their special brew. But with the live bands, the military reenactors, the veteran groups, and the many other vendors it’s a fun time for all. 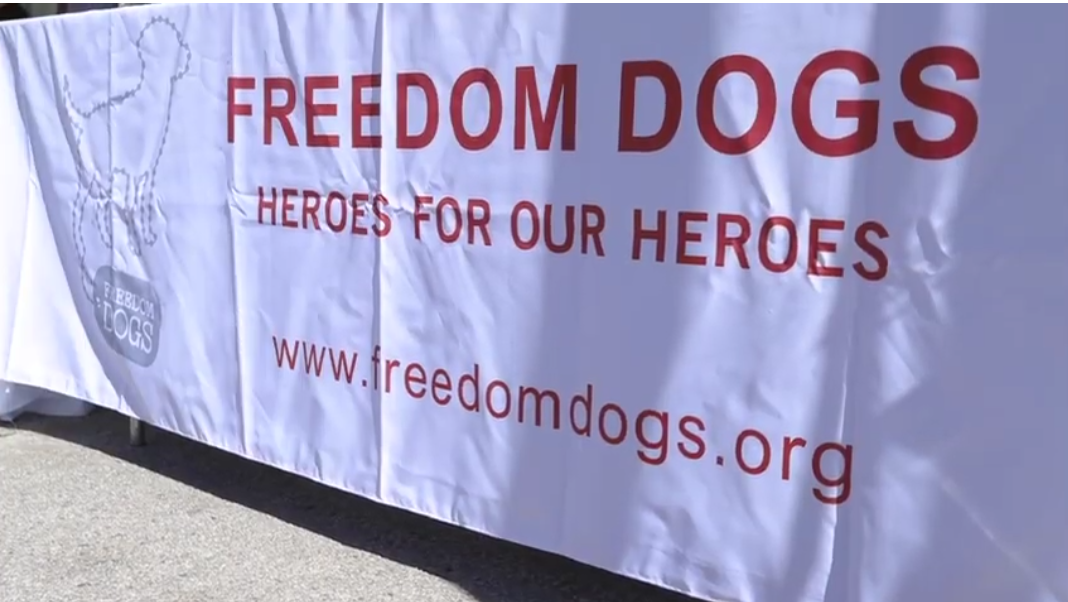 We were there reminding people of the Great War and informing all of the quickly arriving Armistice Centennial Event called the “Bells of Peace” when any American across the land can take part in a ringing of the bells at the centennial of the end of WW1 at the Eleventh Hour of the Eleventh Day of the Eleventh Month. Even though it was already 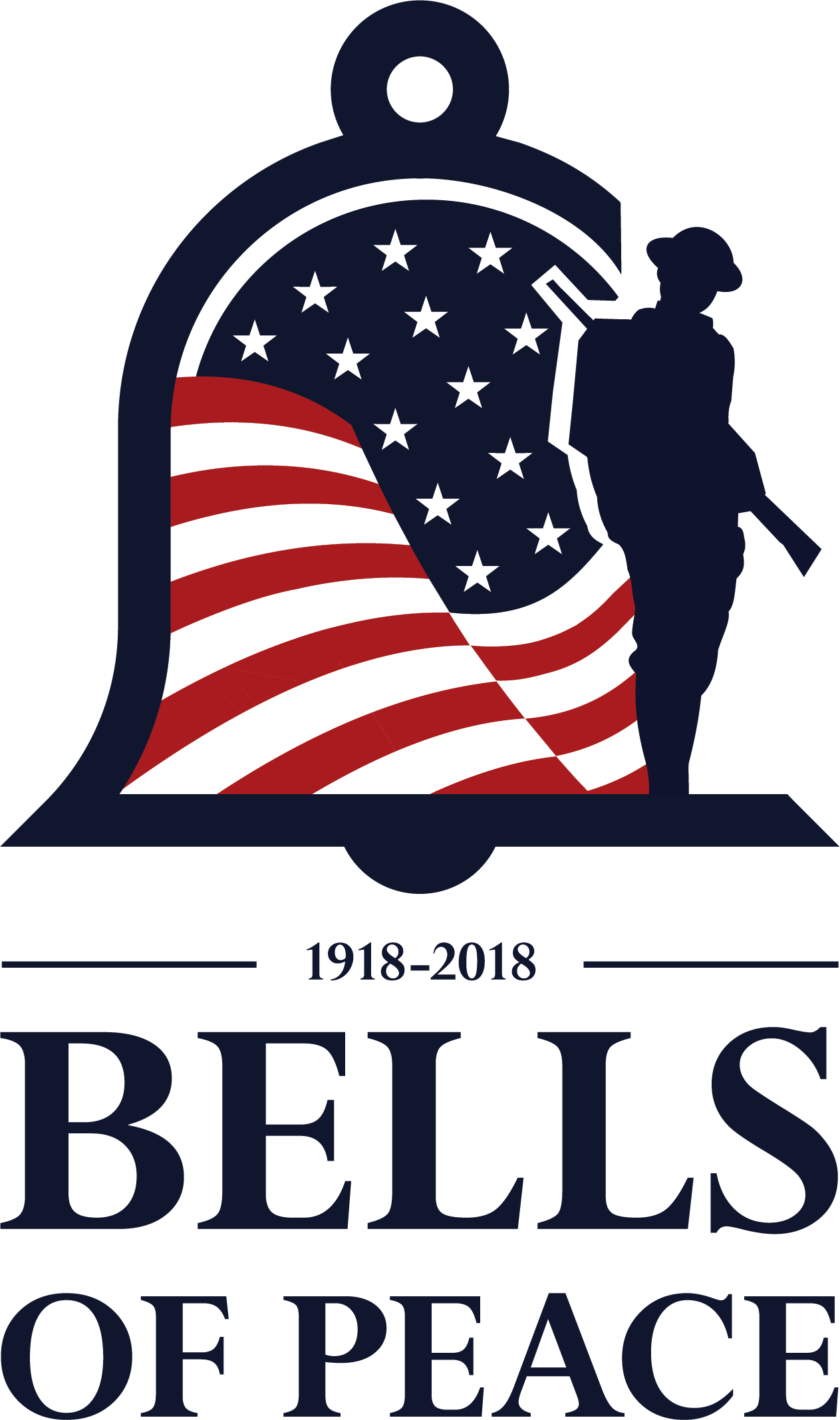 November, it was still a rather warm California Day there in Corona. We were very busy talking with those who were meandering pass, and rarely were able to leave our booth. We did get to take turns sneaking away and got to visit a little with our friends from the Great War Historical Society, Southern California’s WW1 reenactors.

It turned out to be a very successful day, for us. Many folks had been unaware of the “Bells of Peace” initiative, and had eagerly taken our flier as a reminder, promising to participate in just a few days. 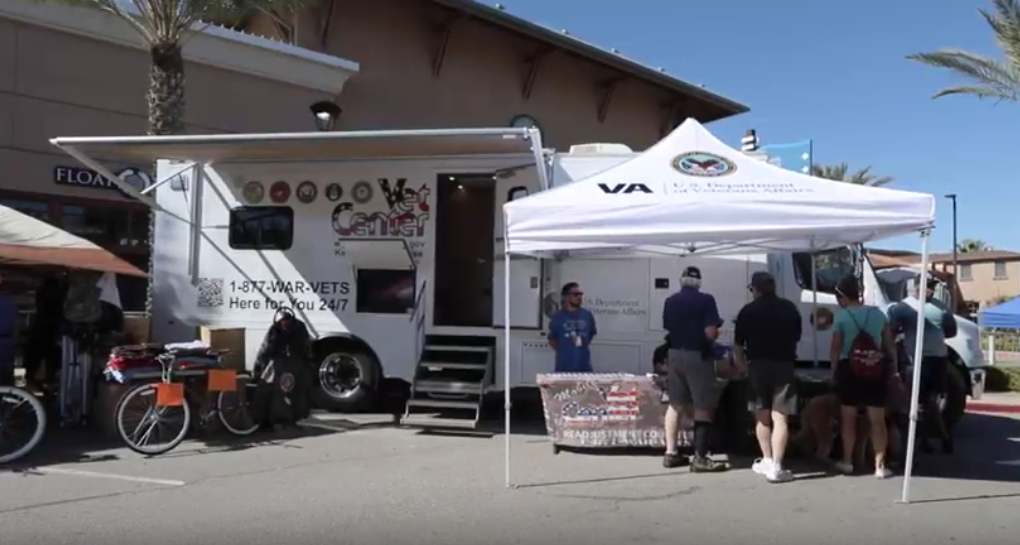 Also, as was later revealed at a party which invited veteran group who participated for the money distribution, many of the local VSO’s were given much needed support to continue their programs. They even gave the California WW1 Centennial Task Force some funds to help defray costs, and support the national effort to fund the building of a WW1 monument on the National Mall in Washington DC. With the centennial of WW1

coming to a close, I don’t know if the Task Force will be represented again next year at the Amber Waves of Grain Festival, but we may just show up to enjoy the fun and great company. 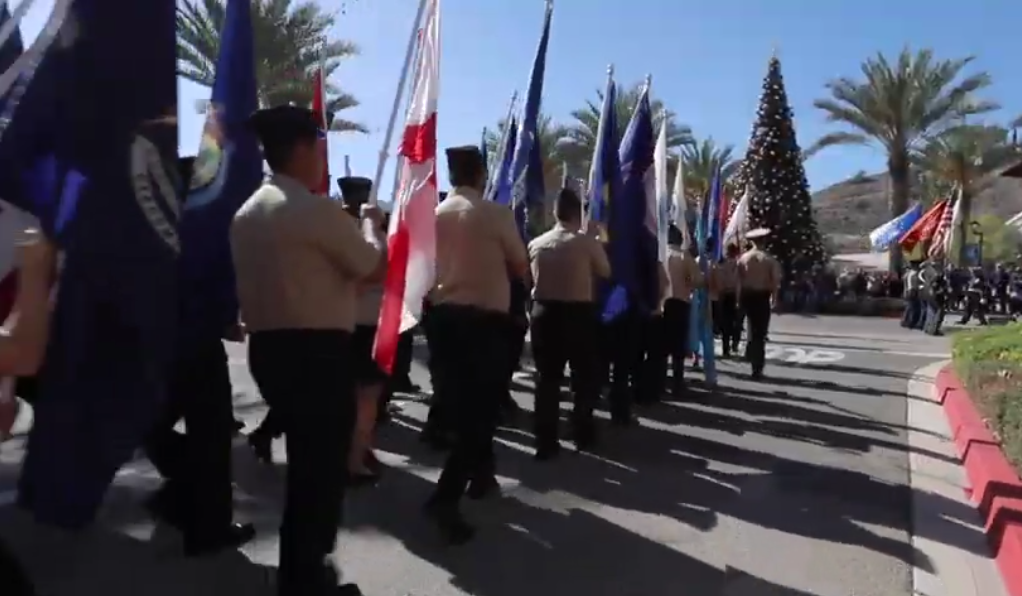 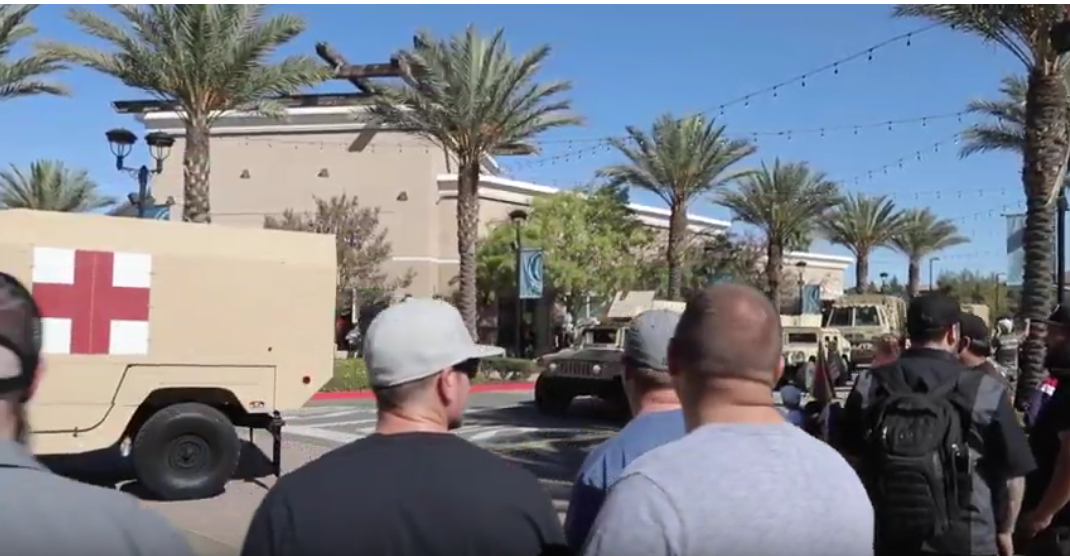