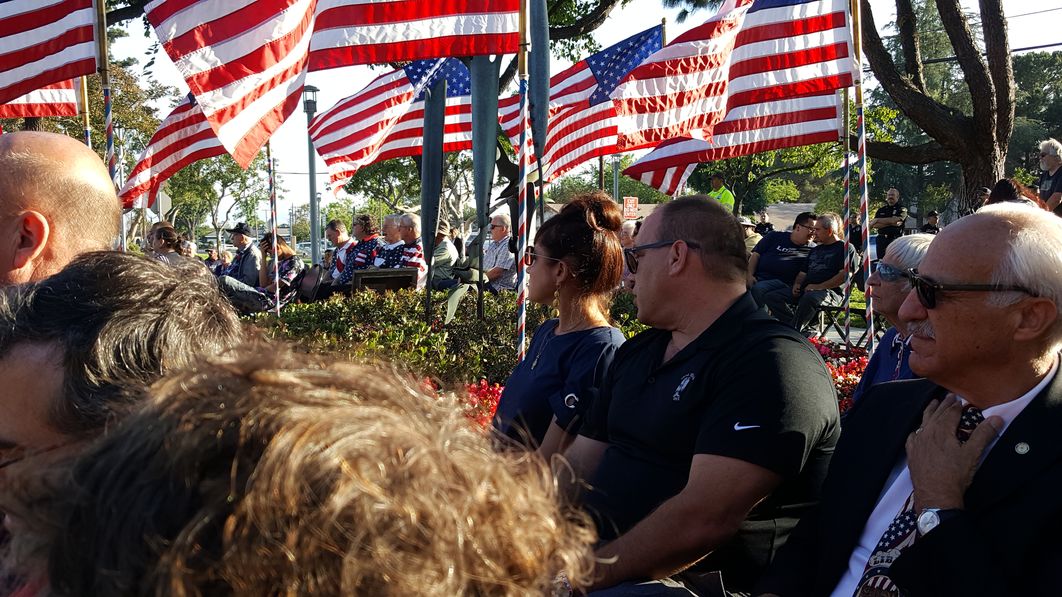 The time-honored tradition of proudly commemorating Memorial Day in the City of Montclair was repeated this year with ceremonies that, as usual, included the recognition of new names added to their Veterans’ Memorial Wall at their Memorial Garden adjacent to Montclair’s City Hall. The citizens of Montclair recall the outstanding courage and commitment of their native sons and daughters who displayed “outstanding courage and commitment to freedom,” as their full-color program states. “We are thankful for fine Americans who have given so much 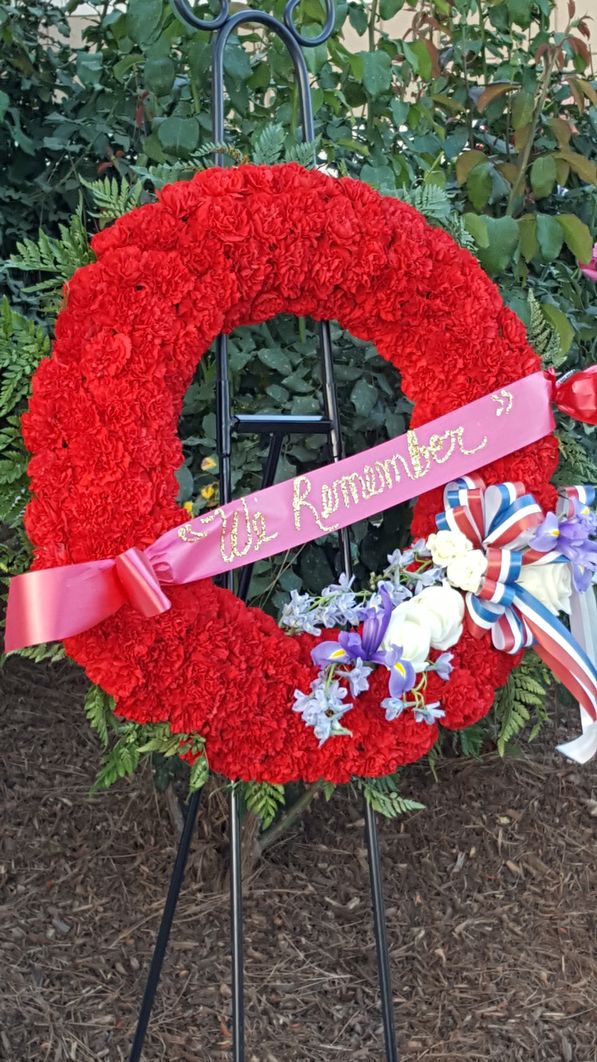 to our great country.”

But, recognizing the centennial of WW1 for the second year in a row, the city invited the California WW1 Centennial Task Force to join them in their Memorial Day commemoration to acknowledge and honor those who served 100 years ago in WW1. In their usual fashion, typical of the city’s past praiseworthy commemorations, the Montclair Community Action Commission along with the Montclair City Council produced a commendable Memorial Day Program for May 29, 2018.

One again the Community Action Commission’s

The Dudes of Four Tunes, a barbershop quartet, then sang the “National Anthem” in their customarily delightful harmony. Laurie Milhiser then welcomed and thanked all for attending, and introduced Mayor Pro Tem Carolyn Raft who in her address acknowledged the passing of prior mayor Paul M. Eaton, and his many years of service. 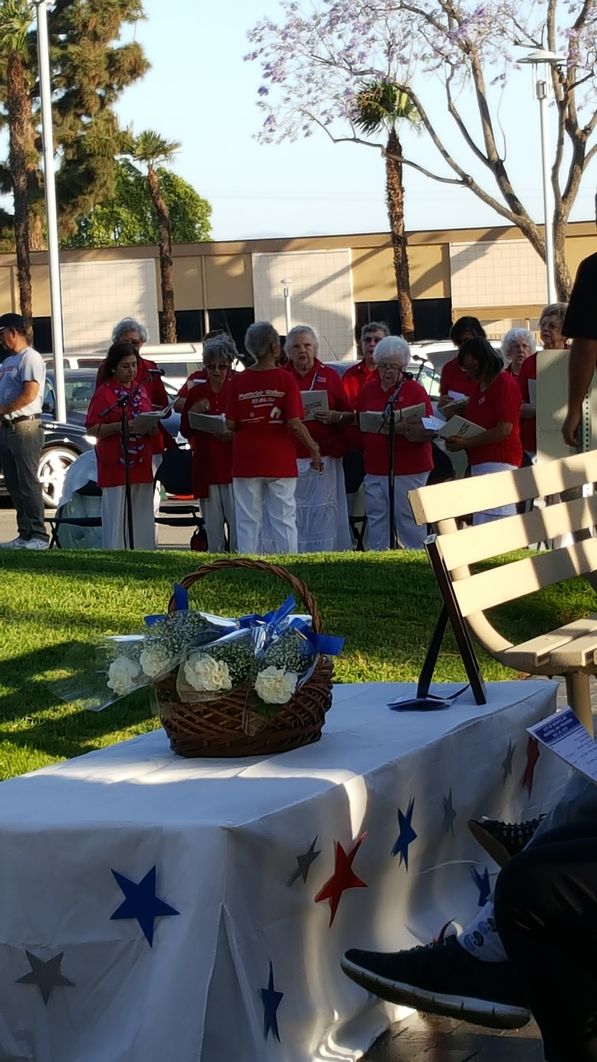 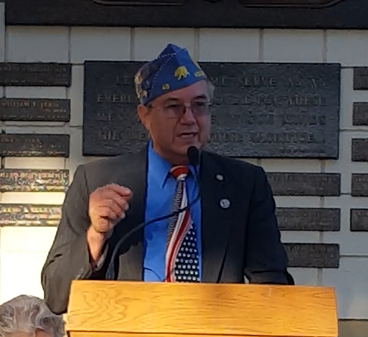 Montclair's Memorial Day keynote speaker was California WW1 Centennial Task Force Co-Director Bill Betten.The keynote address was then delivered by Bill Betten, Co-Director of the WW1 Centennial Task Force. Bill spoke briefly on the history of Memorial Day before reminding the audience how the American Doughboys of WW1 turned the tide of the Allied retreat at a town called Château-Thierry and in Bellau Wood. He explained how they stopped the German advance at the River Marne, and then routed the German Army in the Meuse-Argonne, but not until after many paid the ultimate price. Co-Director Betten explained how his own grandfather “witnessed the terror of the submarine threat on the open seas, saw the havoc wrought by wicked machine gun fire, cringed 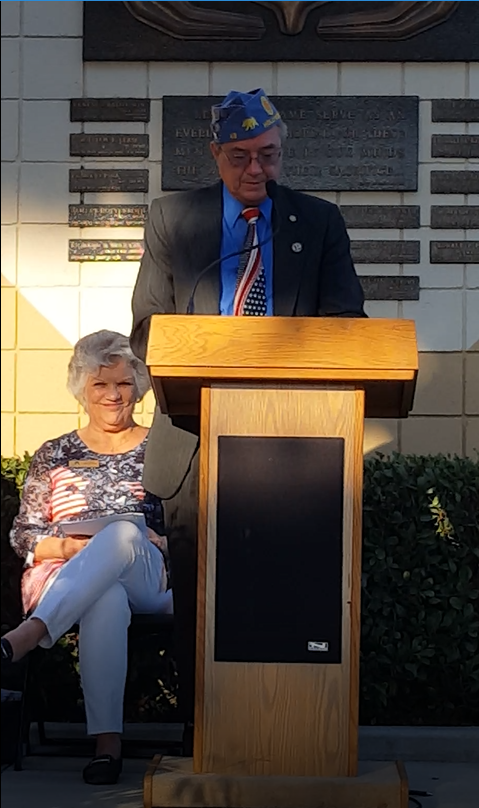 The audience smiles at Co-Director Bill Betten's reference that though most joined to fight, some of the recruits joined just for the chance to "get off the farm."and recoiled from the constant deadly artillery, prayed against the mangling strike of the deadly German Mauser rifle, and gagged in the agony of poisonous gas. All these took the lives of his buddies next to him, as a daily routine.”

Bill went on to clarify that in today’s conflicts we recoil at each American death reported, but that in the fourteen months American troops were in the trenches in WW1, over 80,000 Americans died. Almost 203,000 were wounded, many to die later from the effects of their wounds after returning home. But, the U.S. Doughboy was key to breaking the stalemate, and most historians acknowledge the fact that the United State’s role ensured the war’s end and the Allied victory.

Bill told how his own grandfather not only carried home with him the personal wounds of bullet and gas, "In his mental “kit” came the memories of friends and comrades left dead in No-Man’s-Land." Co-Director Betten, a member of the Sons of the American Legion, pointed out that after the war the American Legion was born and with it were memorials and tributes founded all over the United States to companions lost.

Bill implored those in the audience that they not quickly forget the promise General of the Armies John J. Pershing made to his troops in his victory announcement after the enemy’s capitulation in WW1. He wrote:

“Our armies, hurriedly raised and hastily trained, met a veteran 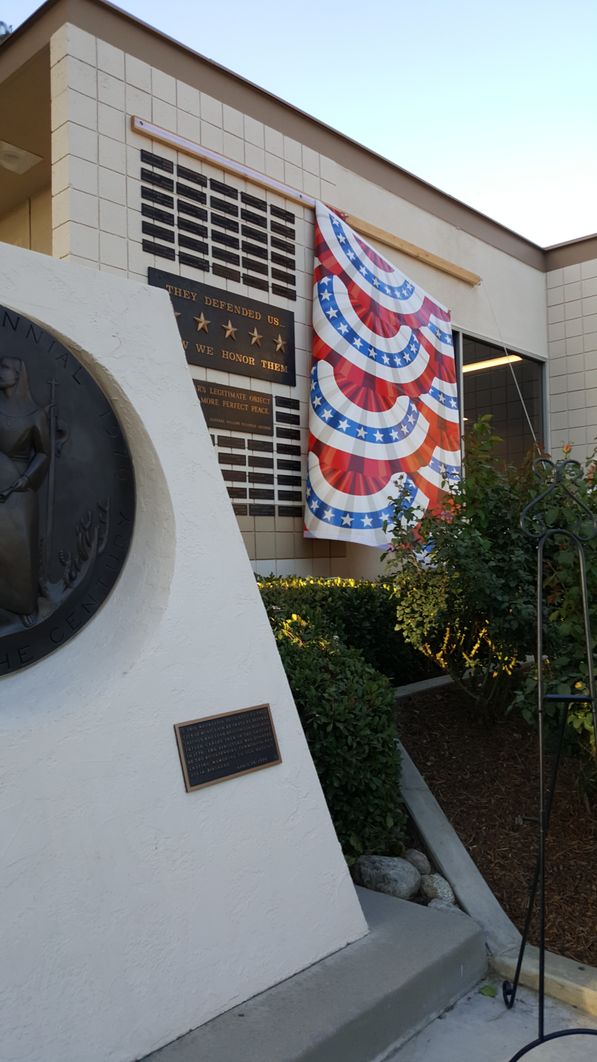 2018 unveiling of the newly installed plaques on the Montclair Veterans Memorial Wall.enemy, and by courage, discipline and skill always defeated him. You have seen many of your comrades make the supreme sacrifice that freedom may live. I thank you for the patience and courage with which you have endured. I congratulate you upon the splendid fruits of victory which your heroism and the blood of our gallant dead are now presenting to our nation. Your deeds will live forever on the most glorious pages of America’s history.” 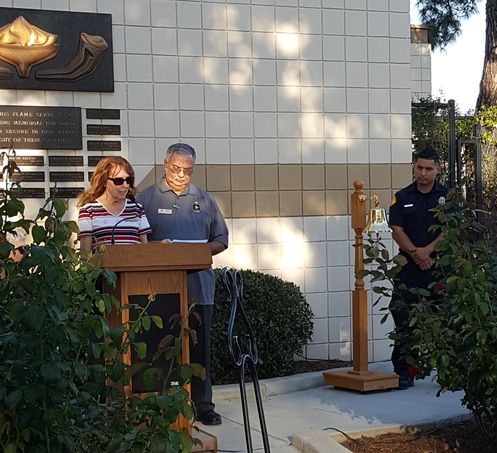 Memorial Wall that paid tribute to deceased Montclair veterans from all branches of service who served their country during any war or peacetime. The recognition proceeded with a floral presentation by CAC commissioners Elizabeth Alba and Chris Paez. Commissioners Darlene Ferraro and Alex Hernandez then read each name on the wall while the Fire Department’s bell was rung acknowledging each.

The barbershop quartet then sang an armed forces medley which hailed each branch of U.S. military service with its official song, hymn, or anthem as members of the audience were recognized.

With the assistance of the Montclair High School Junior ROTC, Mayor Pro Tem Raft then made the traditional presentation of the floral wreath. The wreath ribbon reminded all that the citizens of Montclair remember those who served. In reverent fashion the wreath was placed below the Veterans Memorial Wall, and the recently added plaques bearing the names of those sons and daughters of Montclair who served their country. Five names had

This was then followed by the Community Action Committee Members sharing in the reading of the patriotic poem “Because of the Brave” by Ron Tranmer. The last lines of this work are particularly important to the centennial of those who fought in WW1. The words read:

"because of them, our nation,s flag 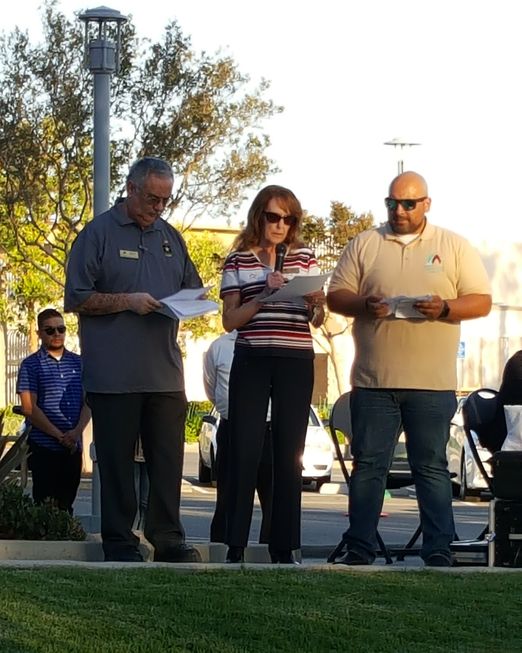 will ever proudly wave,
And we are still home of the free
because of them... The brave." 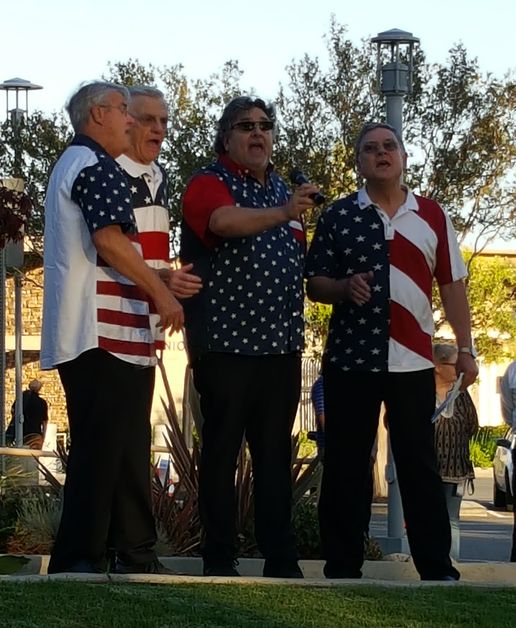 In glorious harmonies the barbershop quartet, The Dudes of Four Tunes, then sang a wonderful rendition of “God Bless America.” This brought a swelling pride to those in attendance. The four vocalists were very professional group of which the community of Montclair should be proud. 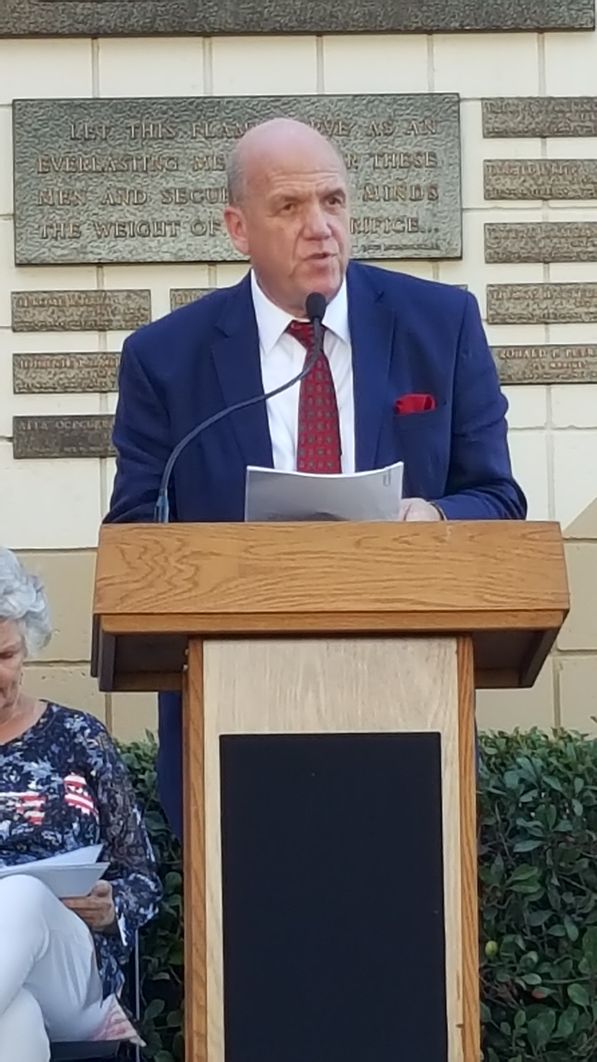 Laurie Milhiser closed the commemoration with a few words concluding with Montclair City Council Memer Bill Ruh reading the poem “On This Day” by Emily Toma. The ceremonies were then terminated with a respectful playing of Taps by trumpeter James Alcantra. 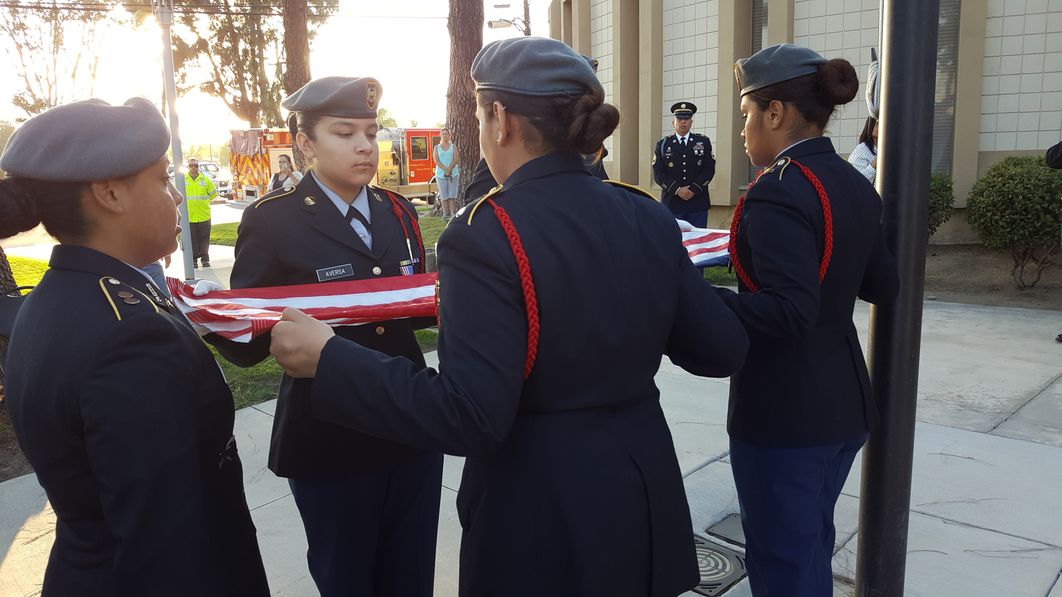 All in attendance were then invited to the nearby senior center hall and encouraged to enjoy a BBQ and examine the World War One display of Task Force Co-Director Bill Betten,

Many came to the luncheon and spent time at the display tables. Most asked questions of Bill and his wife Joni Betten on the history of the war and the artifacts presented. 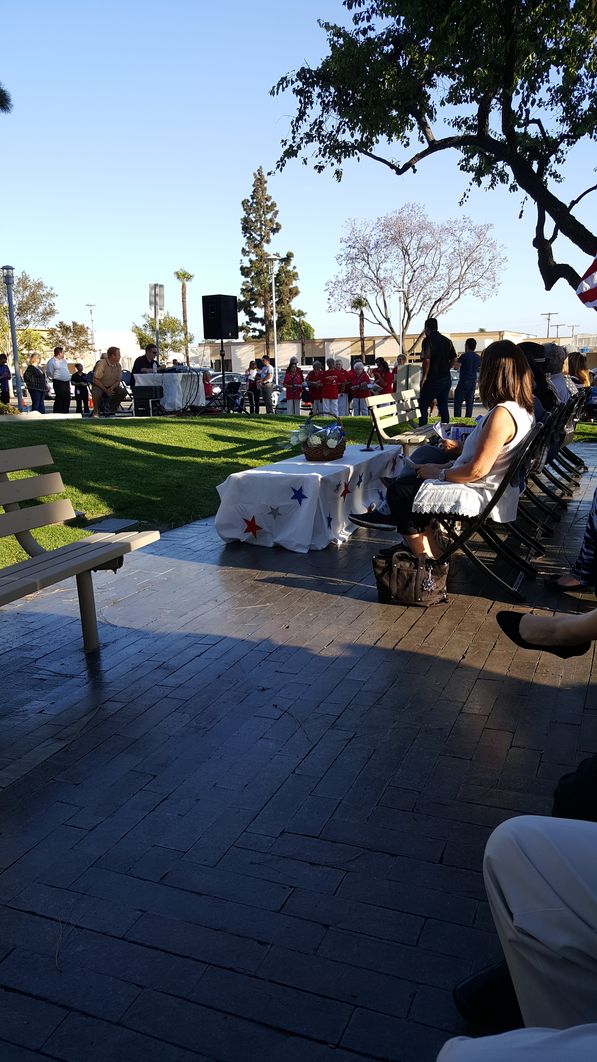 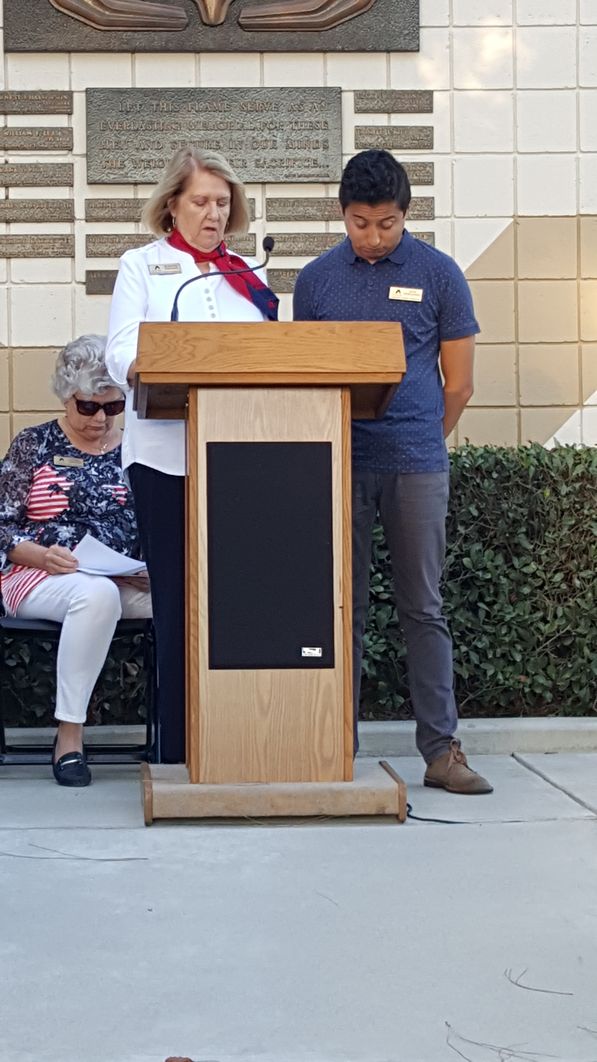 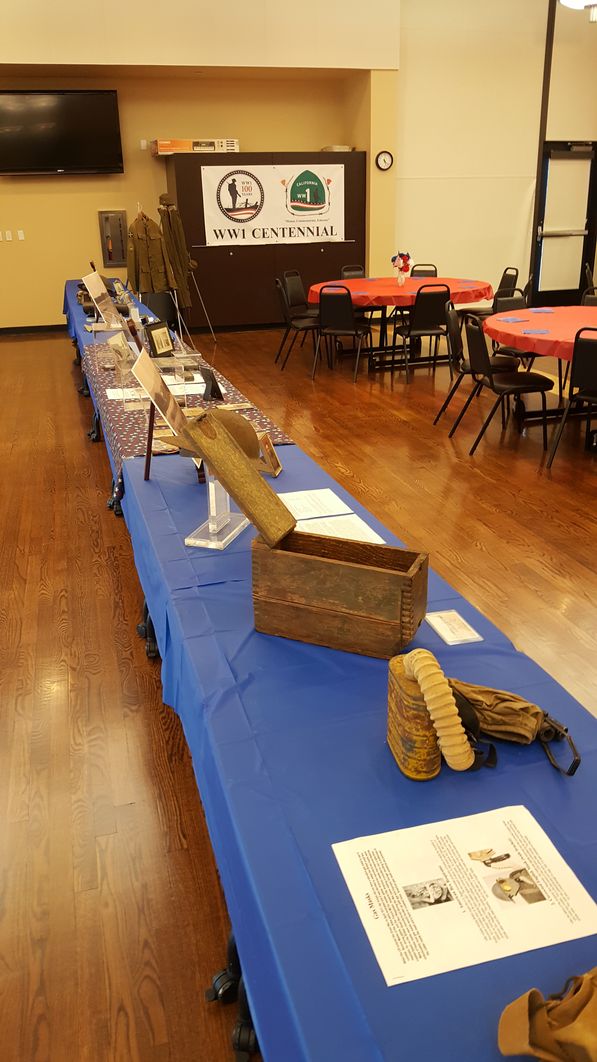 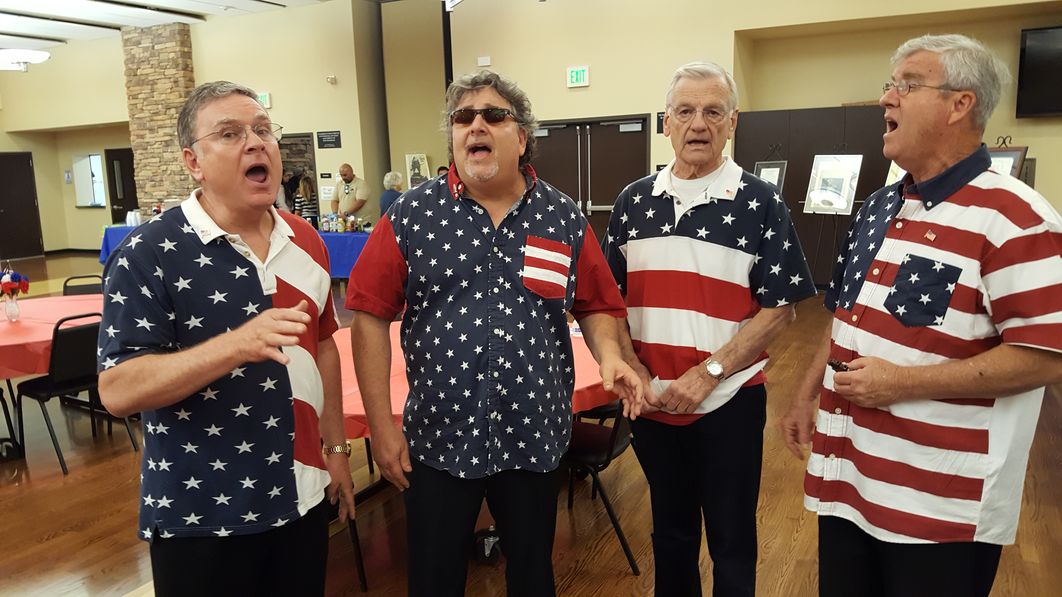 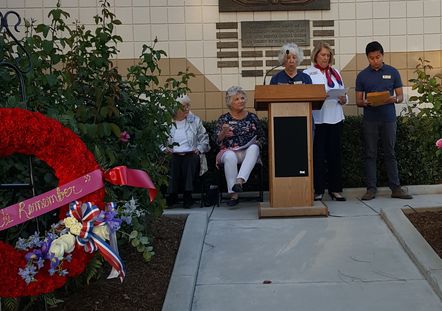