"It is well to consider the advantages of a coast guard from a strictly military standpoint."-- Representative William C. Adamson of Georgia, 1915

The state list, the more complete of the two, lists the men by name only. It lists the men by the state of their home address (which may be found on the alphabetical list), not the state from which they enlisted. The names are in general alphabetical order by the first letter of the last name. There appear to be no enlistments from Arizona, Arkansas, Nevada, New Mexico, Utah, or the territories of Alaska or Hawaii. 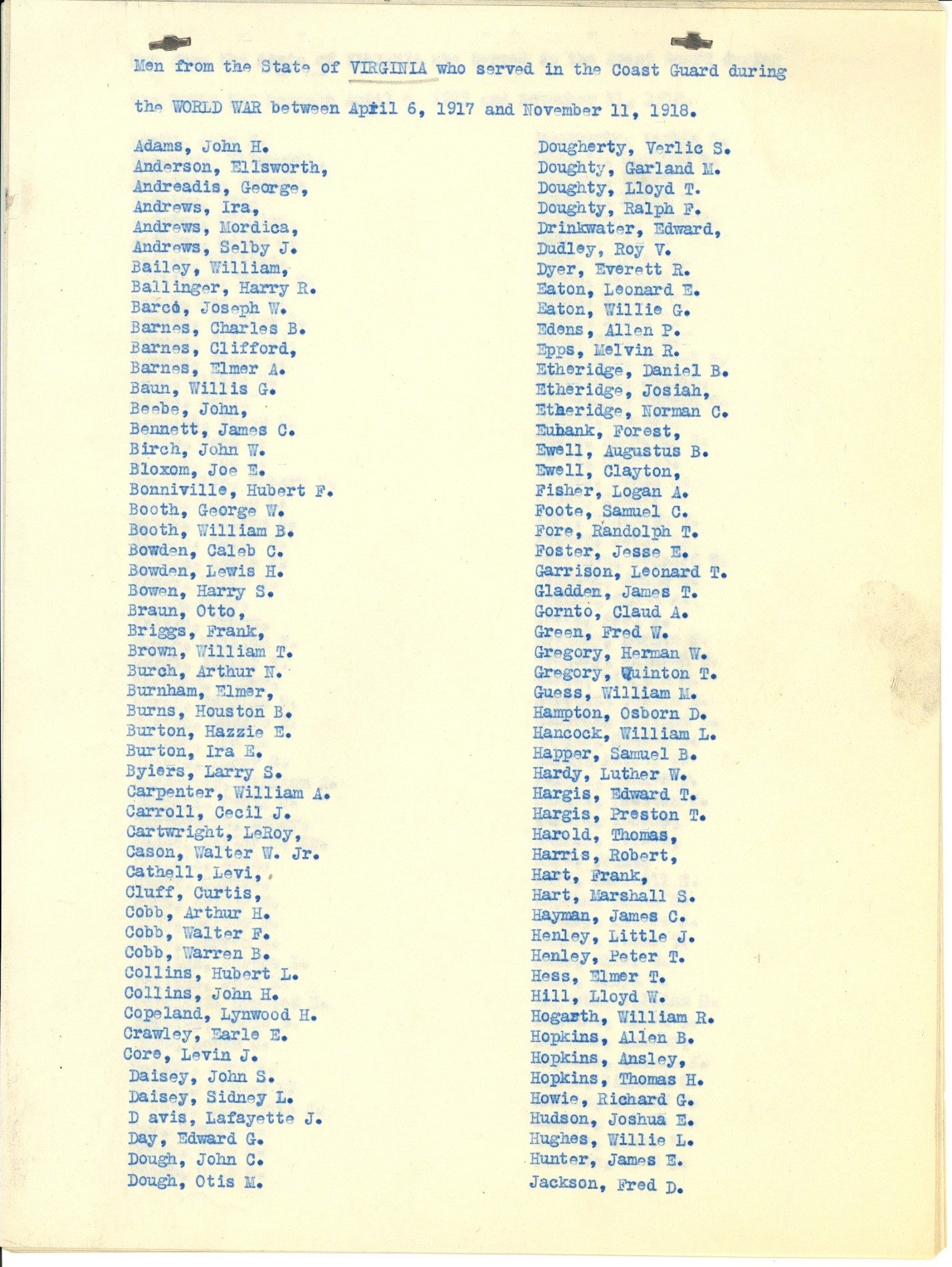 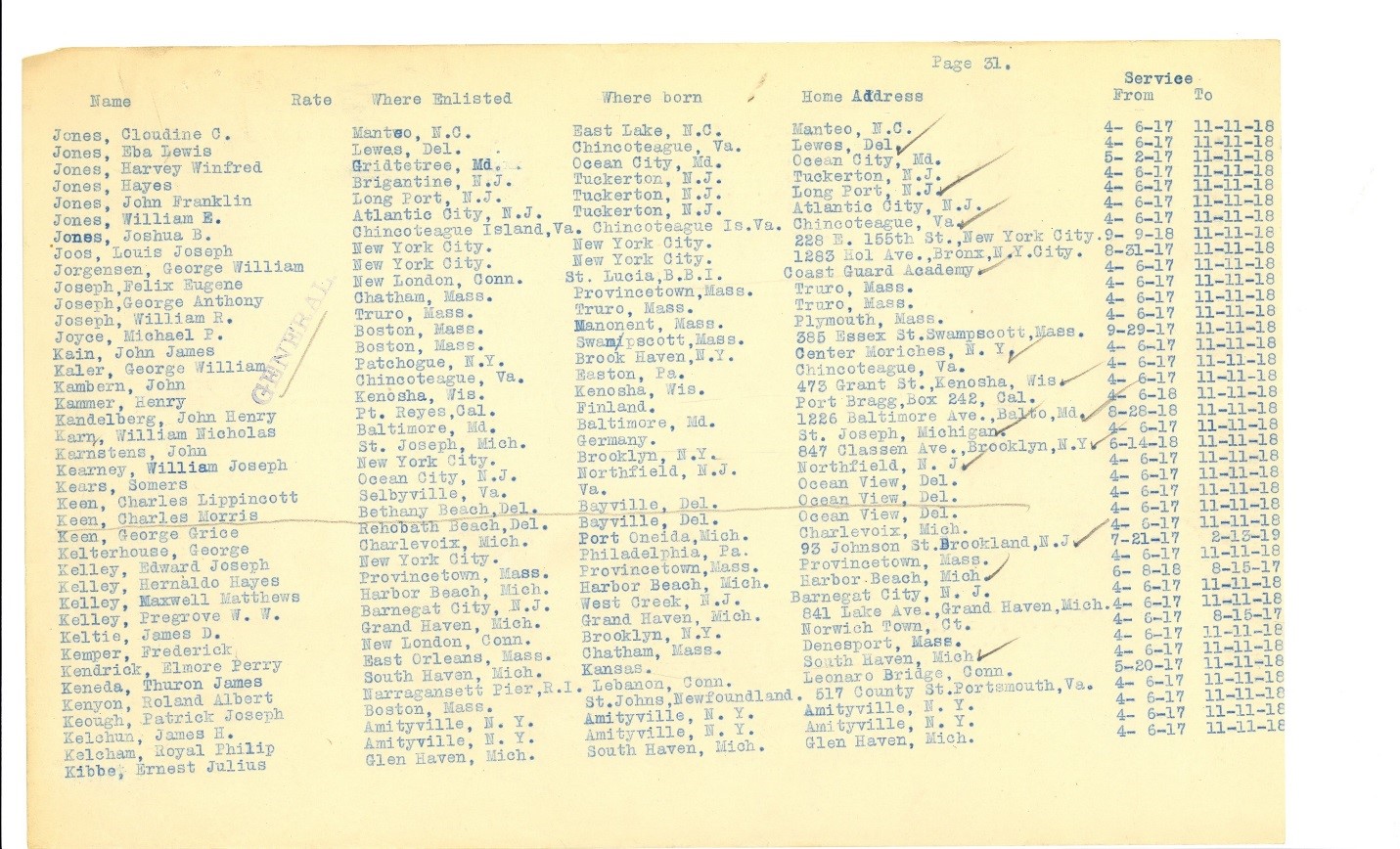 Members of what appear to be the same family are listed together. The Lawrences were all from Neebish. Michigan:

The spelling between the two lists may not always agree. The Delaware list notes John Kambarn, but on the alphabetical list, he is down at John Kambern.

Requesting Copies of the Records

These records are not available online, but are held at the National Archives Building in Washington, D.C. To request a search of the records, either send an email to archives1refence@nara.gov or write to Archives1 Reference Section (RDT1R), National Archives, 700 Pennsylvania Avenue N.W., Washington, DC 20408. Include the name of the enlistee and the state where he lived when he entered the war.  If known, please include the middle name or middle initial.

With this information, it may be easier to request copies of the Coast Guard World War I service records from the National Personnel Records Center (Military Personnel Records), 1 Archives Drive, St. Louis, MO 63138-1002 or go online at www.archives.gov/veterans/military-service-records.