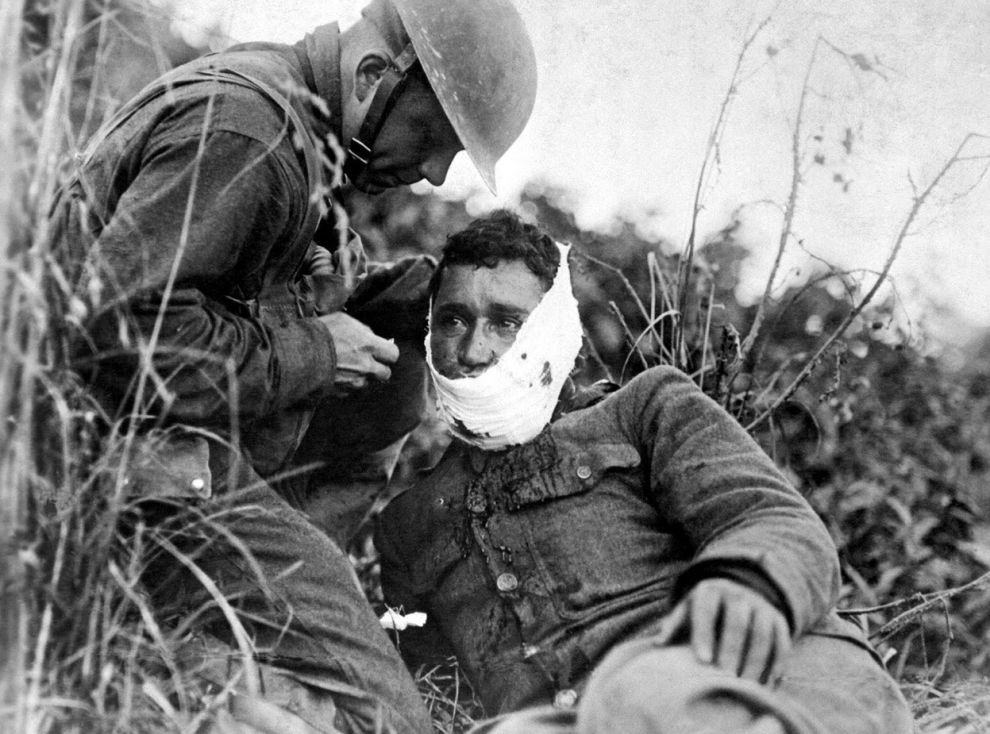 Name File of Dead and of Severely Wounded Casualties of Infantry Divisions in the AEF, 1918

The “Name File of Dead and of Severely Wounded Casualties of Infantry Divisions in the AEF, 1918” is in the Records of the American Expeditionary Forces (World War I), Record Group 120, Entry 568. [In World War I, divisions were not delineated as infantry as they were in World War II.] The name file is comprised of one-sided 3 x 5 cards, some handwritten and others typed.

As seen from the examples below, the information on the cards may vary. All the cards, however, give the soldier’s name, serial number, unit, and date and type of injury. Although the title refers to “severely wounded,” those with slight wounds are included.

The cards are arranged by division, then by infantry regiment, the date of the death or wound, and then alphabetically by the soldier’s last name. At the end of the series are cards for miscellaneous signal corps units, the 65th and 66th Cavalry, anti-aircraft battalions, miscellaneous engineers, and engineer battalions.

To request a search of the records, write to the Textual Reference Archives II Branch (RDT2), National Archives at College Park, 8601 Adelphi Road, College Park, MD 20740-6001 or send an email to archives2reference@nara.gov. When requesting the records give the soldier’s name, the date (month and year), and the unit in which he served.

Examples of the index cards 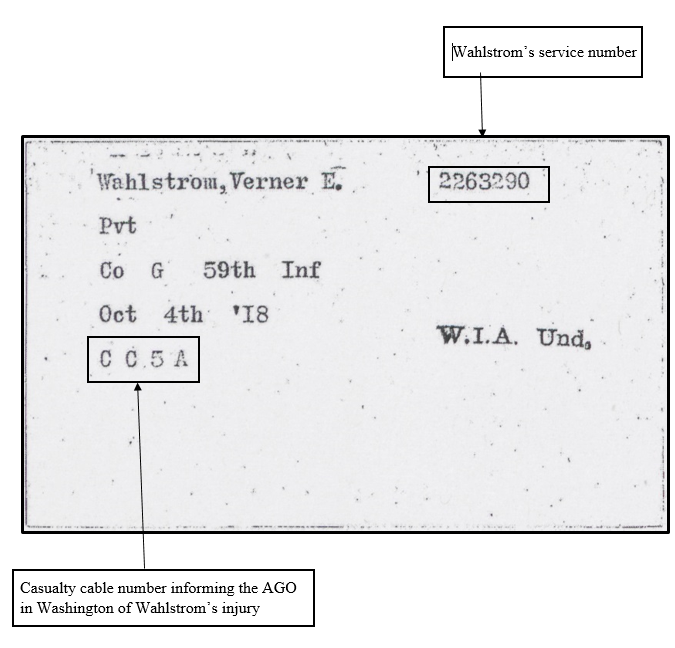 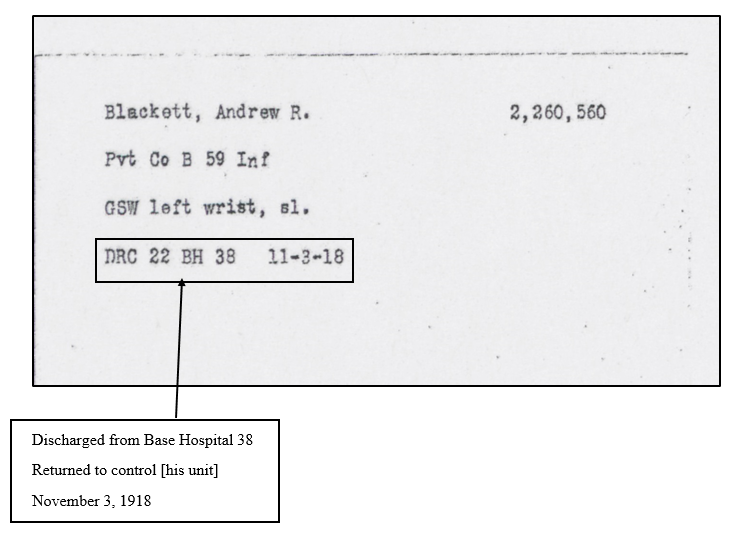 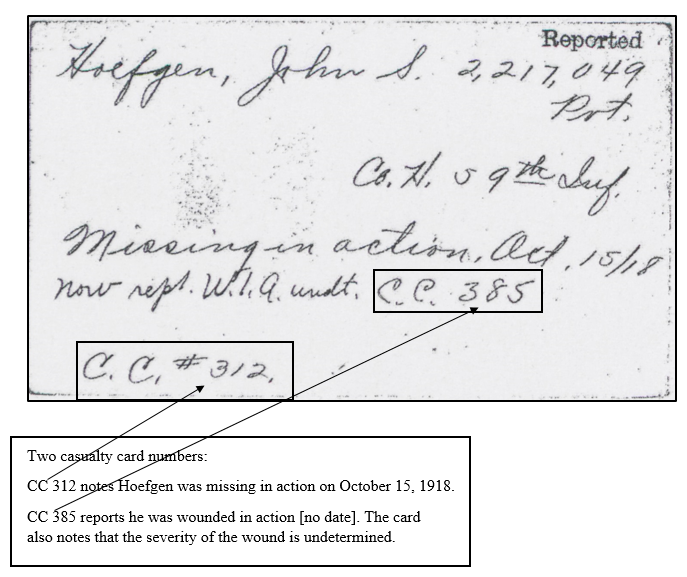 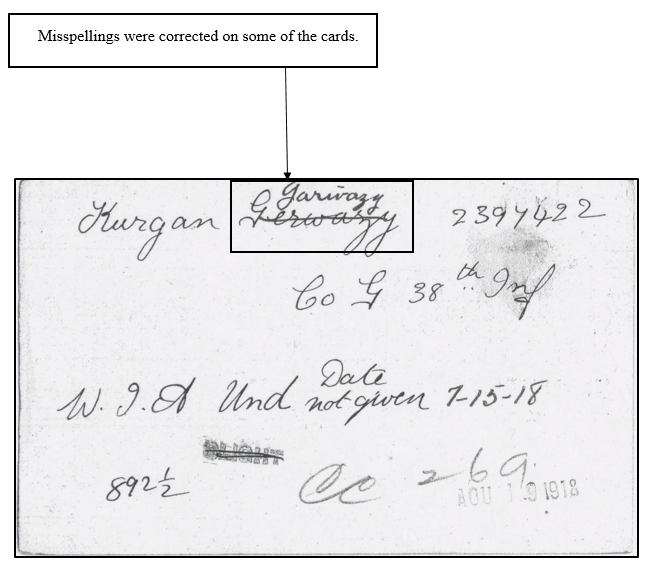 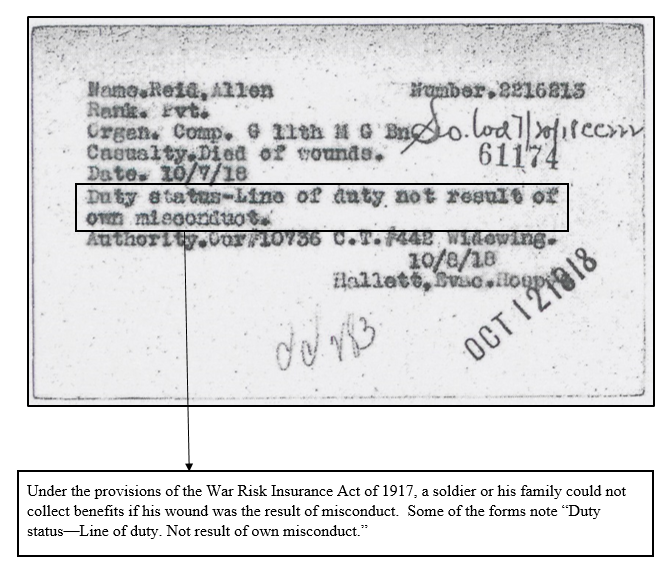 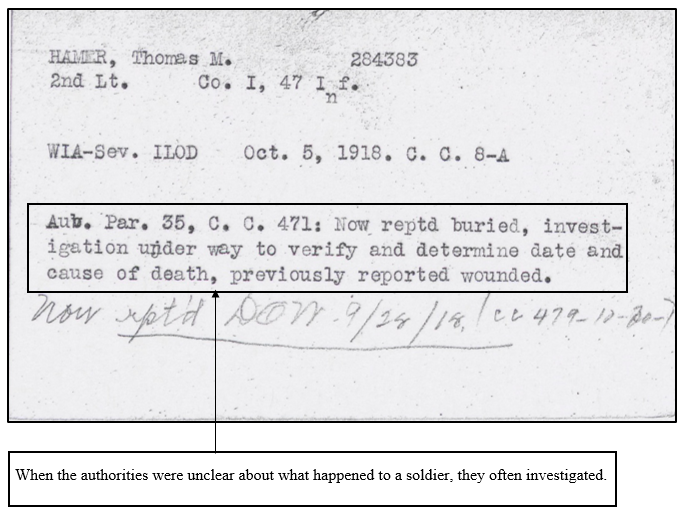 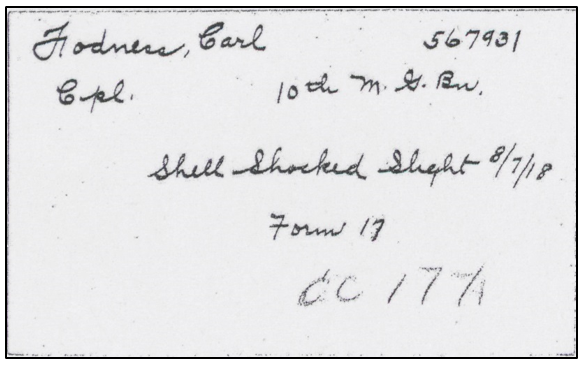 Next article: American Indians in the AEF