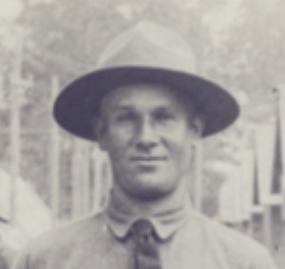 My grandfather, Thomas Goligowski, was a 29 year-old farmer with a sixth-grade education living near Browerville, MN when he was drafted. He was inducted into the U.S. Army on 25 February 1918 and assigned to the 88th Division at Camp Dodge (Des Moines), Iowa for training. New soldiers were supposed to receive at least 3 months of training before deployment, but by April 20th he found himself at Camp Logan (Houston), Texas, assigned as an automatic rifleman in Company I, 130th Infantry Regiment, 66th Infantry Brigade, 33d Division. He was one of 6,080 soldiers transferred from Camp Dodge to the 33d Division to fill vacancies in the the 33d Division in preparation for deployment to France.

He was soon on the move again, traveling with his unit to Hoboken, NJ and departing on May 16th aboard the troop ship USS Agamemnon for France. They arrived at the port of Brest, France on May 24th.

After a short period of orientation and training the 33d Division conducted its first offensive action against German forces on July 4th, 1918 at Hamel, France. The division provided four companies of infantry fighting under Australian command. The division fought at the Somme (August-September 1918), Saint Mihiel (September 1918), and the Meuse-Argonne Offensive (September-November 1918).

Kehar Singh born around 18973, Kehar Singh served in World War 1 with the the United States Army . The enlistment was in 1918 and the service was completed in 1919.

Private Kehar Singh was born in 1873 in Tusa , British India. He immigrated to the United States prior to 1918 and settled in Imperial, California. He worked as a laborer.

On July 12, 1918 Singh signed up for the draft. His draft card recorded his race as white and oriental. 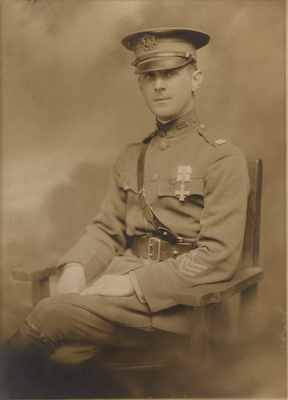 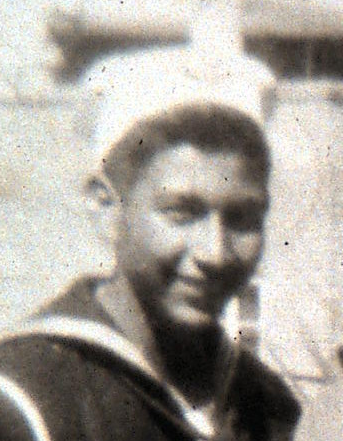 John Michael Nichols born around 1893. John Nichols served in World War 1 with the United States Army . The enlistment was in 1914 and the service was completed in 1920.

John was the older brother of Henry Nichols, and he served in the U.S. Army from 1914 to 1920. John enlisted on October 27, 1914 at Fort McDowell on Angel Island. He fought in France serving with the 59th Coast Artillery Regiment which was attached to the 32nd Brigade, C.A.C.

The 59th was engaged in the St. Mihiel offensive and the Meuse-Argonne offensive. John was discharged at Fort Winfield Scott at the SF Presidio on June 4, 1920.

John M. Nichols was listed as an Indian on the 1930 Federal Census along with his son Alfred in Santa Cruz County. On John Nichols's Draft Registration Card dated April 27, 1942 he was identified as residing at the Veteran's Home in Napa (Yountville), California and he had resided there from 1941 to 1953. 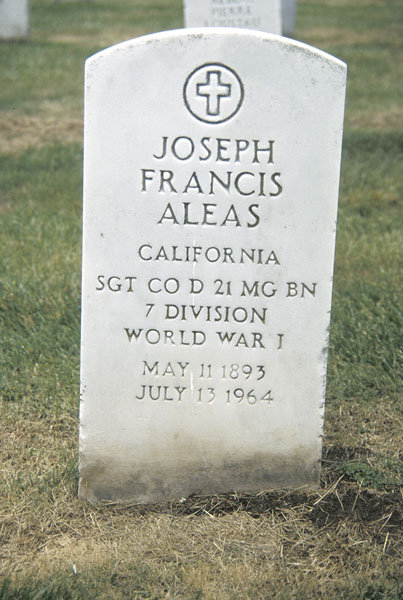 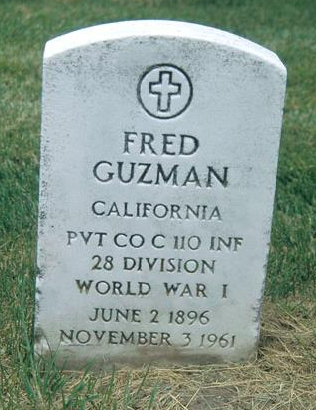 Alfred Guzman born June 2, 1896. Alfred Guzman served in World War 1 with the United States Army . The enlistment was in 1917 and the service was completed in 1919.

Alfred Guzman was born on the Pleasanton Rancheria on June 27, 1896 to Francisca and Jose Guzman.

The 28th Division fought in the following campaigns: Champagne-Marne, Aisne-Marne, Oise-Aisne, Meuse-Argonne, Champagne (1918), Lorraine (1918). The cost in lives of these six campaigns was 4,183 casualties including 760 dead. The six fleurs-de-lis on the regimental insignia commemorated their World War I service. 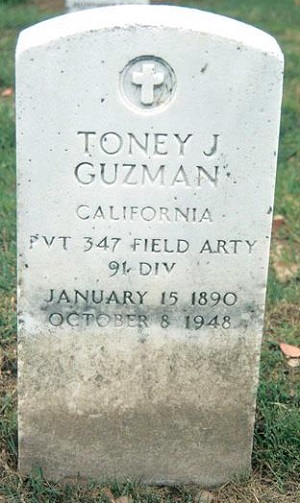 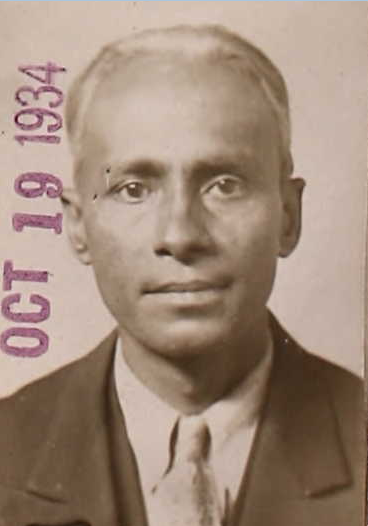