Ruben survived the "Lost Battalion's" five days of terror. Irvin, a Battalion Runner, participated in rescuing the trapped soldiers. They were discharged in April & May of 1919.

Letters from home to Irvin by his sister, letters from the front by Irvin, and his "Soldier's Pocket Diary" tell some of their experiences.

Each returned to Coeur d'Alene and lived productive lives. Irvin contributed a great amount of time to Veterans organizations. Irvin's son (Don, an Army veteran, writer of this entry) survives and has honored both men with presentations as to their early early lives, military time, and adult life.

Henry John Small born around June 15, 1889. Henry Small served in World War 1 with the United States Army. The enlistment was in 1917 and the service was completed in 1919.

I never knew Uncle Had since he died in 1940, but my Great Aunt Blanche Small would always have us place flowers on his grave during Memorial Day services.

I have learned that he was a member of Co G 30 Infantry, 3rd Division. He served overseas from April 1, 1918 to June 28, 1919. He was honorably discharged on July 7, 1919. His records show that he was involved in the following offenses: Marne Sector Offensive; Meuse Argonne Offensive; and the St Michiel Offensive.

After learning this I can now understand why my Great Aunt said that he died early in life due to complications from the gas that he was exposed to in the war. The family is proud of his service to his country. We wish we could have known him.

John Edward Kaiser born around 13 April 1895. John Kaiser served in World War 1 with the United States Army Air Corps . The enlistment was in 1917 and the service was completed in 1919.

My grandfather will always be remembered by all of his grandchildren for marching in the Gettysburg Memorial Day Parade in his full WWI uniform. He was very proud of his service to his country.

He was an avid outdoorsman, loving to fish and hunt until his death in 1978.

Paul A Stehling born around 1895. Paul Stehling served in World War 1 with the United States Army. The enlistment was in 1917 and the service was completed in 1918.

Pvt Paul A Stehling was born and raised in Fredericksburg Texas. He was a second generation American but also spoke German.

He served in the Ordnance Section. Basic Training was at Camp Hancock Georgia before being deployed to France.

After the war he married Nelda Heep Stehling and they had three children. He built a home which still stands today.

He was an early member of the Central Texas Electric Coop. He was a hard working farmer and rancher until his death in 1980. 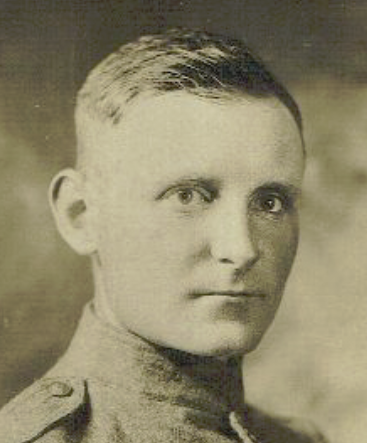 John "Jack" Thomas Nilles born around 1889. John "Jack" Nilles served in World War 1 with the United States Army. The enlistment was in 1918 and the service was completed in 1918.

By 1909, Jack decided to learn the lumbering and building material business and he started at the bottom in order to gain practical knowledge in his field. He worked at Schmitt Lumber in Two Rivers and later at Farrell Lumber in Algoma, Wisconsin.

He was socially active, a member of the Columbus Club and served as club secretary for a number of years. As a musician, he played cornet with the local band and attended local dances.

Jack registered for the draft in the first registration on 5 June 1917: for all men between ages 21 and 30. His registration states that no one was dependent on him for support. 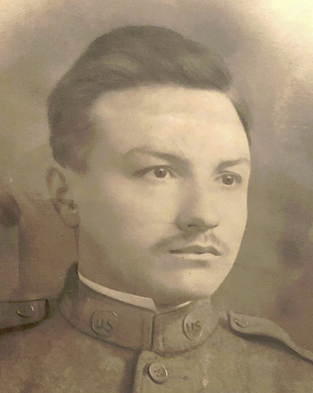 Francesco Di Cresce was born in the small hill town of Sora Italy located in the commune of Lazio and the province of Frosinone. Francesco was the 3rd child and oldest boy of seven(7) children of parents Pietro and Lucia Di Cresce (Matacchione).

Older sisters Vincenza (1) , Restitutta (2) and younger brothers Antonio (4) , Giulio/Julius (5), Innocenco (6) and Sante (7). They were considered “contadini”. People who made their living farming. Francesco and Restitutta were close and when young would go to the market in town to sell the tomatoes and zucchini grown by the family. Being called a “contadino” in Italy was not an insult. But in America, the new way of thinking was like this. The moment an Italian peasant sets foot on Ellis Island, he becomes a “Signore”. A gentleman.

Born on November 25, 1894 Francesco was born under the Zodiac sign of the Archer Sagittarius. This sign symbolizes someone who aims high, has a positive outlook on life and has great charisma. Those traits surely helped Francesco who at the young age of 18 years traveled to the United States in search of opportunity and a better life for his family. Francesco Di Cresce was the first of his family on U.S. soil. 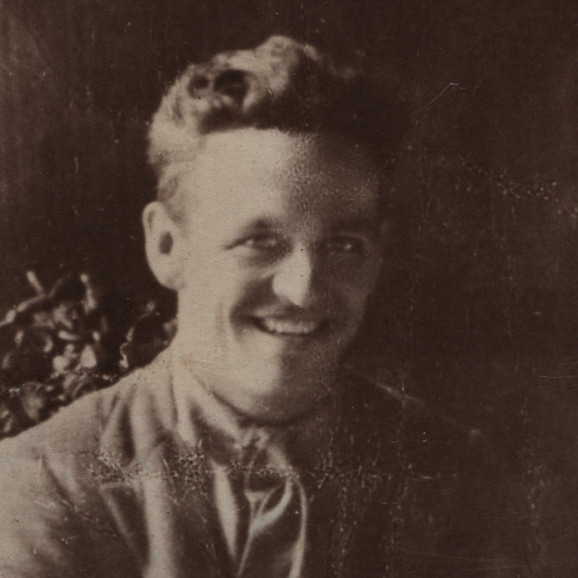 Joseph Thomas Hughes born around 1895. Joseph Hughes served in World War 1 with the United States Army. The enlistment was in 1917 and the service was completed in 1919.

It was a hundred years ago today, or maybe tomorrow, that Pvt. Joseph Thomas Hughes was wounded in action, in France. If today is that anniversary, the casualty was incurred while attacking the Germans for control of Hill 269 in the Meuse-Argonne, 80 kilometers east of Reims, not far from the Belgian and Luxembourg borders. If the hundredth anniversary of his wound is instead tomorrow, he was wounded while successfully defending Hill 269 from being retaken by the Germans. The uncertainty of the date of the wound is due to conflicting reports. After all: the fog of war. 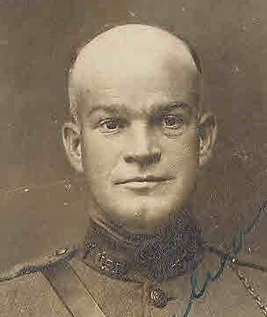 Hugh Thomas Nelson Jr. born around 1876. Hugh Nelson served in World War 1 with the United States Army. The enlistment was in 1917 and the service was completed in 1919.

During World War I, Hugh Thomas Nelson, Jr. was commissioned a Captain in the Medical Corps and ordered to Camp Lee, Virginia, where he was placed in charge of sanitation. He became the commanding officer of the 318th Field Hospital.

He was later commissioned a major and sailed overseas with the division on May 25, 1918 aboard the ship Mercury, returned to the States in the early 1919.

Among major engagements in which his service was rendered were the Argonne and Meuse Offensive.

Major Nelson would begin the effort to leave France on Christmas Day 1919 when he received word that Edith, his wife, was very ill. Edith, on October 15, 1918, gave birth to Hugh Thomas Nelson III in Charlottesville, who died two days later and is buried in the family cemetery plot at Riverview Cemetery in Charlottesville.

Elwyn J Frazier Sr. born around 1895. Elwyn Frazier served in World War 1 with the United States Arm . The enlistment was in 1917 and the service was completed in 1919.