Rajah William Bandy born around 1893. Rajah Bandy served in World War 1 with the United States Army. The enlistment was in 1916 and the service was completed in 1918.

Sergeant Rajah William Bandy was born about 1893 in Madras, British India. According to Mary Bandy Rajah's adopted mother in a 1908 letter, his biological parents were "[..] an Irish tea planter who died and left three children and their Indian mother". His Irish aunts sent him and siblings to a native school miles away until he was adopted by Mary and her husband Charles Henry Bandy. Rajah's adopted parents were Presbyterian missionaries, who had lived in British India for some time.

Rajah immigrated to the United States in 1912 and settled with his adopted family in Ohio.

According to The Bandy Family in America by Dale Bandy, Rajah enlisted in the Ohio National Guard in 1916. When the United States entered World War I , Rajah was assigned to the Company D 146 Infantry until May 1, 1918. His last assignment was Headquarters Company 146 Infantry. Bandy served in the AEF from June 15, 1918 to March 31, 1919.

Tara Singh born around 1885. Tara Singh served in World War 1 with the United States Army. The enlistment was in 1918 and the service was completed in 1919.

On June 5, 1917, Singh registered for the draft. His World War I draft card recorded his race as Mongolian, lived at 106 4 St Danville ,and declared his intention for U.S. citizenship.

Frederick Alfred Duncan born around 1889, Frederick Duncan served in World War 1 with the United States Army. The enlistment was in 1918 and the service was completed in 1918.

Frederick Alfred Duncan was born on Nov 20, 1889, in Green Sulphur Springs, West Virginia, to Michael and Sydney Duncan. His family moved to Huntington, West Virginia, when he was about 5 and his father opened the Duncan Box and Lumber Company, then known as the Beader Box Manufacturing Company. Fred worked in Huntington as an automobile mechanic for the Hanley Cadillac Company. He was a member of Lodge No. 313 of the B.P.O. Elks.

He enlisted on Jun 14, 1918, and shipped out the next day for medical training school at Morgantown, West Virginia. He was sent to Camp Hancock, Georgia, where he placed in the same unit as his brother Homer, the 2nd Company, 6th Provisional Ordnance Depot Battalion, 1st Provisional Regiment in the American Expeditionary Force, US Army.

He sailed from New York City on Aug 31, 1918, on the DUNVEGAN CASTLE. He came down with a bad cold on Oct 2 and was sent to the hospital in France, with his brother following the next day for the same ailment. However, Homer got better within a few days but Fred contracted pneumonia. Homer stayed with him until the end, which came about 11:30 AM on Oct 8, 1918, while he was unconscious.

He was buried in a French cemetery the next day with a military funeral conducted by the chaplain. He was survived by his parents, four brothers, and five sisters. He was reburied in Huntington's Woodmere Cemetery in 1920.

Ishar Dass Duke born around 1887, Ishar Duke served in World War 1 with the United States Army. The enlistment was in 1917 and the service was completed in 1918.

Ishar Dass Duke was born in August 1887 in Daulatpur, British East India. He immigrated to the United States on May 1 1907.

After his arrival, Duke moved to the West Coast.

On June 5, 1917, Ishar registered for the draft. His draft card recored his race as Caucasian and he did not know his age. On October 2, 1917, Duke entered the U.S. Army and was assigned to the 166 Depot Brigade at Camp Lewis, Washington State. He was a cook in the unit.

On December 17, 1917, Duke filed a declaration for U.S. naturalization in Pierce, Washington. His declaration also recorded his race as white.

He was shown in the August 1918 issue of the journal and newspaper Young India along with M.K. Pandit, Devi Singh, Dr. K.C. Kerwell, and others. 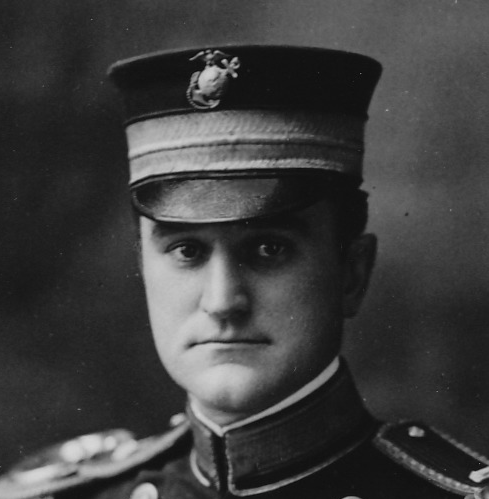 Edward Ball Cole born in 1879. He served in the United States Marine Corps during World War I and was mortally wounded in 1918.

Major Edward Ball Cole, Commander of the 6th Battalion of the 4th Marine Brigade, died from wounds received in the Battle of Belleau Wood on June 10, 1918. He is buried at the Aisne-Marne American Cemetery, Belleau, France.

My grandfather, Edward B. Cole, entered the Marine Corps in 1904 as a 2nd Lieutenant. Over the course of the next 13 years he served in Porto Rico, Mexico, and the Philippines. Beginning in July of 1917, Major Cole spent several months in command of the 1st, (later renamed the 6 th), Machine Gun Battalion of Marines training at Quantico, Virginia. Highly respected for his knowledge of the machine gun, he had by then invented a tripod to hold one and a portable cart to carry one. He had also published a book, A Field Guide for Machine Gunners, and served at Marine Corps Headquarters in Washington, D.C.

By the time of his departure for France on December 14, 1917, he was married to Mary Welsh, and had two sons: Charles H. Cole 2nd (my father) age 10, and Edward B. Cole Jr. age 8. Arriving in the port of St. Nazaire, France, he traveled by train to the Bourmont training area, where he and Captain Curtis (co-author of The History of the 6th Machine Gun Battalion) were housed in the village of Germainvilliers. In mid-March they moved to the Verdun sector where they were encamped at P.C. Moscou. 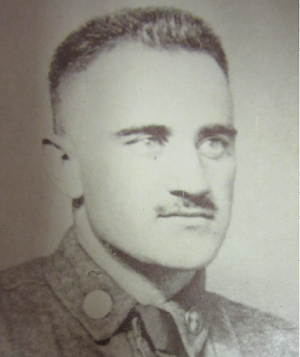 Kenneth M. Meadows born around 1891, Kenneth Meadows served in World War 1 with the United States Army. The enlistment was in 1918 and the service was completed in 1918.

He lived in Huntington, West Virginia, and worked with his brother, Azel, in the real estate business. His wife was Blanche C. Meadows.

He enlisted on Jun 15, 1918, and was sent to the automobile mechanic school at Morgantown, West Virginia. He trained their two months and graduated with a card proving that he was the fastest driver of the 75 mechanics in training.

He went to Camp Hancock, then Camp Mills, then New York, from where he sailed on Oct 5, 1918. He was attached as a Corporal to the Ordnance Service. 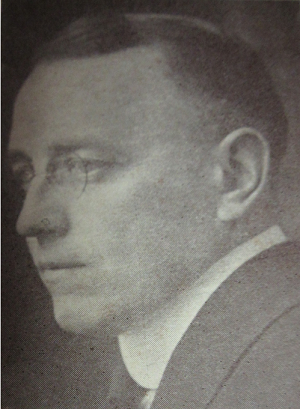 Alva Claude Reynolds born around 1886, Alva Reynolds served in World War 1 with the United States Army. The enlistment was in 1918 and the service was completed in 1918.

Alva Claude Reynolds was born Sep 21, 1886, in Addison, Ohio, to William and Ida Reynolds. He attended Rio Grande College and graduated from law school in Valparaiso, Indiana, in 1910.

He lived in Addison and worked as Assistant General Time Keeper for C&O Railroad.

He entered into limited military service on Aug 5, 1918, at Gallipolis, Ohio. He was attached as a Private as part of 1st Co., Casual Battalion (clerical personnel) at Camp Syracuse, New York, regretting that he couldn’t go overseas.

David Sharpley Noble born around 1896, David Noble served in World War 1 with the United States Army. The enlistment was in 1918 and the service was completed in 1918.

David Sharpley Noble was born on Apr 23, 1896, in Martinsburg, West Virginia. His parents died when he was young and he was raised by his uncle, Wilson M. Foulk (who was the State Historian), in Huntington, West Virginia. He graduated with high honors from Huntington High School in 1914 and Washington & Lee University in Jun 1917, at which he afterwards served as an instructor in the History Department.

Prior to his shipping out, he had taken 6 weeks of training at Camp Ashville, North Carolina, and was a Private in the Army. He married Miss Naomi Carpenter in Charleston, West Virginia, on Apr 25, 1918, the day before he left Huntington for Camp Meade, Maryland.

He sailed for France on Jul 2, 1918, on the LEVIATHAN and ended up as a Private First Class in Headquarters Company, 314th Infantry Regiment, 79th Division, American Expeditionary Force, US Army. He died of pneumonia while in this unit in eastern France on Oct 7, 1918.

Even after his death, however, he helped contribute to the cause of liberty, as $2,006.75 in war fund subscriptions were taken at his memorial service at First Presbyterian Church. In 1920, his remains were re-interred in Charleston’s Spring Hill Cemetery.

Albert Louis Agnew born around 1899, Albert Agnew served in World War 1 with the United States Army. The enlistment was in 1917 and the service was completed in 1918.

Albert Louis Agnew was born in Keokuk, Iowa, to Charles Agnew. He was living in Rock Island, Illinois, when the war broke out, but his father would not let him enlist. He ran all the way to Huntington, West Virginia, so he could join up in Jun 1917. He stated that he was born Oct 23, 1895, but most likely lied about his age s it was said that he was 18 in Jul 1918.

He sailed for France about 2 months later on the ANTILLES. He was assigned as a Private to Company A, 28th Infantry Regiment, 1st Division, American Expeditionary Force, US Army. He was in action during the operations relating to the capture and defense of Cantigny (May 27-31, 1918). He was awarded the Silver Star, the nation’s fourth highest award, for gallantry in action. He “displayed unusual courage during the attack and later in evacuating wounded under heavy artillery and machine gun fire.” During the latter action, he was wounded himself.

Agnew was back in action by the Second Battle of the Marne in July, where he became missing in action on the 20th.

He was memorialized on the Tablets of the Missing at Aisne-Marne American Cemetery in France. 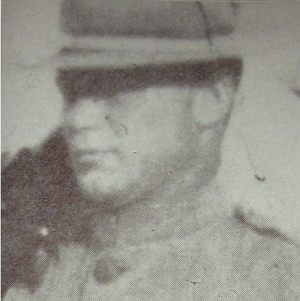 Clyde C. Handley born around 1894, Clyde Handley served in World War 1 with the United States Army. The enlistment was in 1918 and the service was completed in 1918.

Clyde C. Handley was born Mar 21, 1894, to Jefferson and Ella Handley. He lived and worked on a farm in the Culloden area. He was inducted into service on May 25, 1918. He trained at Camp Lee, Virginia, before being shipped overseas on Aug 6, 1918, on the MADAWASKA. He was transferred between several units but ended up as a Private in Company C, 131st Infantry Regiment, 33rd Division, American Expeditionary Force, US Army.

According to a Private in his company, “During the Meuse-Argonne offensive, in our action east of the Meuse, Company C was occupying a position on the bald hill about a kilometer north of the Bois de Plat-Chene. On October 11th at about 3:30 PM. I was returning with other stretcher bearers from the rear when, upon reaching a point in the ravine between Bois Plat-Chene and Bois de Chaume, the enemy began to shell the locality heavily and we entered a dug-out for protection. Before we emerged from the dug-out to continue, Pvt. Handley and Worden of our company passed along with a supply of water which they were carrying to the front.